Scene: “Why you following me?” 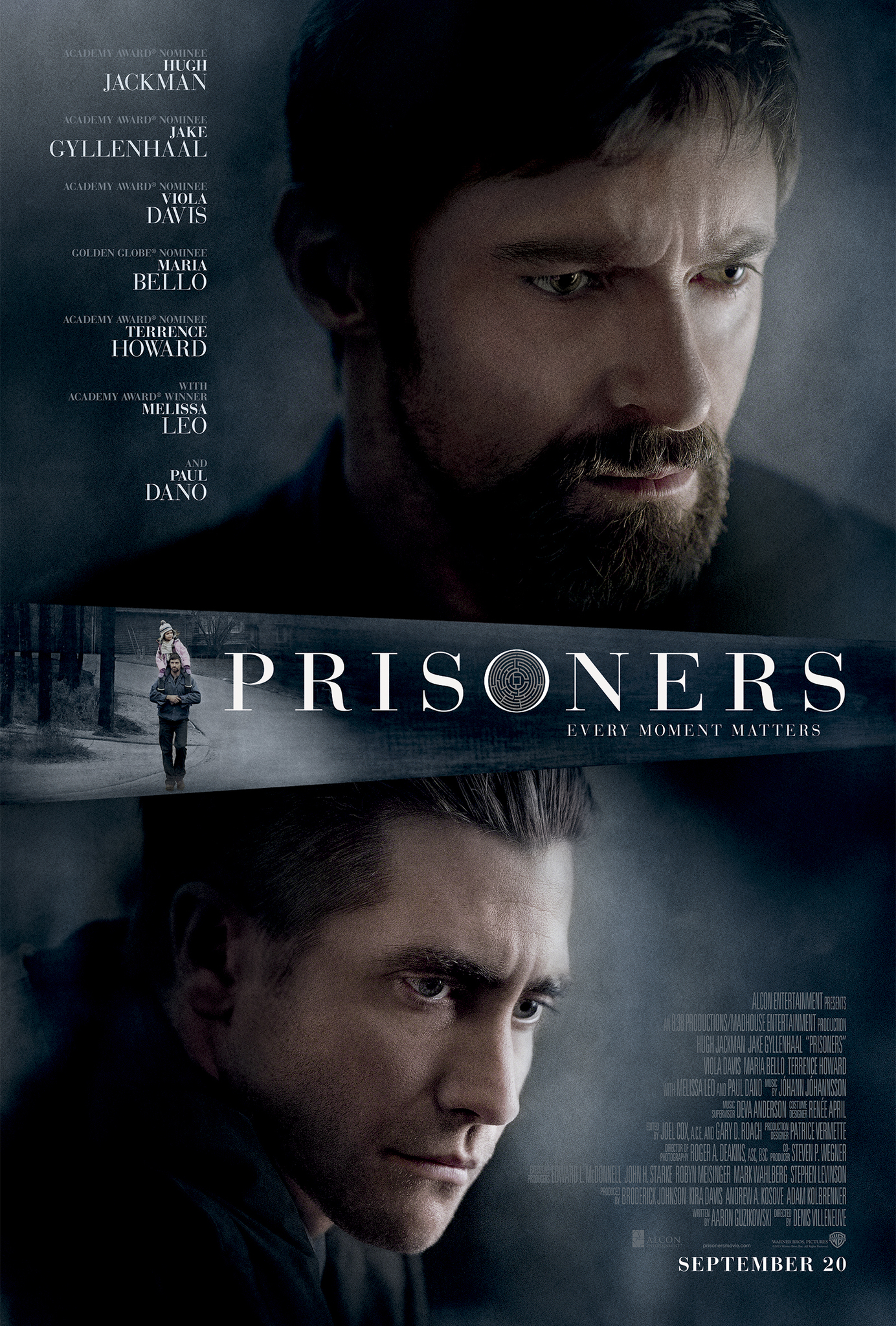 Two suburban families’ worlds are turned upside down on a fateful Thanksgiving afternoon when each one has a daughter go missing while they were playing with one another. Panic has set in and the authorities are alerted. Detective Loki spots a suspicious RV and arrests a man, Alex, with the IQ of a child but is soon released because of him being deemed too incompetent to stage the kidnapping. Keller, one of the girl’s father, doesn’t accept this and attacks the man outside the police station. During the altercation, Alex whispers to Keller, “They didn’t cry until I left them.” No one else heard it as Keller protested for him to be re-arrested but Loki could not.

With nowhere else to turn, Keller takes the law into his own hands capturing Alex and locking him in a homemade prison at one of his remodeling sites. Keller would torture Alex along with his reluctant friend and father of the other missing girl, Franklin. Loki works every angle he can on his end even giving chase to a suspicious individual at a vigil for the girls. However, Loki sees a survivalist stash of Keller’s and learns he has been lying about where he going at night. With Alex missing and this new information, Loki decides to tail Keller which brings us to our scene.

As a father, this scene gets to me as much as almost any other scene in movie history. I can’t imagine the anxiousness and hopelessness that Keller is experiencing. I know I could sit on my hands at home while my kid was missing no matter how many detectives were on the case and Hugh Jackman delivers almost every father’s emotion of the situation perfectly. Jake Gyllenhaal is much calmer on the exterior but if you focus in on him, you can see his frustration boiling underneath. There is a point where he almost lets it out but restrains himself. Also, his eye twitch that he does throughout the movie is a little nuance he gives the character that is noticeable but never distracting.

I love how Villeneuve lets his actors do the work here. No fancy camerawork and no needless background music to help with the drama. Just the rainfall outside the car and simple framing shots showcasing one man speaking and the other’s reaction. Less is more here and all three men delivered in spectacular fashion. Just a heartbreaking scene.

Where you able to get emotionally invested in this scene? What did you think of the performances?