For the last three decades, the 80s have had a stranglehold on all things pop culture. It’s gobbled up nostalgia like so much Pac-Man and for good reason. It might be the last decade to actually have a distinct personality. From the memorable (albeit pretty terrible) clothing, to the groundbreaking music and iconic video games, the 80s had it all but no piece of entertainment left a bigger impact on pop culture than movies. It was the decade that gave birth to the modern blockbuster, introduced us to the last great auteurs and was arguably the last time studios took chances. It was a glorious time that produced a ton of classics and within those classics, iconic characters that have stood the test of time. So put on your leg warmers or best Michael Jackson outfit, it’s time to countdown the best characters the decade had to offer. 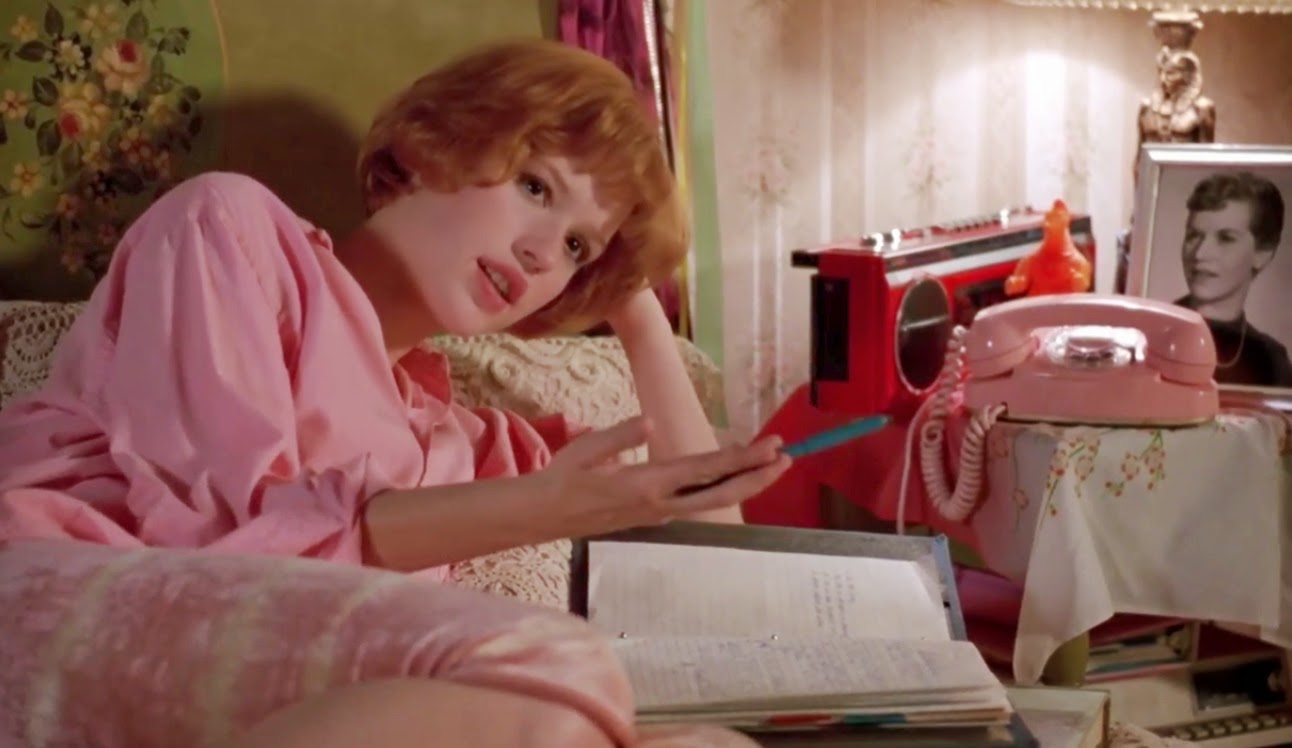 Appearing in three of his most critically acclaimed and commercially successful films: The Breakfast Club, Sixteen Candles, and Pretty in Pink (the last one was directed by Howard Deutch but it has Hughes fingerprints all over it), Molly Ringwald more than earns the moniker of Hughes’ muse. Of all the teenage actors that have appeared in his films (and there’s a lot of them), no one inhabits one of his characters quite as well as she does. She is to Hughes, what Samuel L. Jackson is to Tarantino — the best kind of collaborator; the kind that improves the work by personality alone.

Although all of the characters she played for Hughes are basically the same, they all feel distinct because Ringwald injects them with reality. Ringwald is Andie. So when she has to choose between the affections of her doting childhood sweetheart and a rich but sensitive playboy, you feel that. When she shoots the shit with Iona (Annie Potts) and Duckie (Jon Cryer), you buy it. And at a pivotal moment at the prom when she’s had enough and declares “I just want them to know that they didn’t break me”, you stand up and clap because yes queen. Hughes owned the 1980s but he couldn’t have done it without Ringwald and she couldn’t have done it without roles like Andie Walsh. 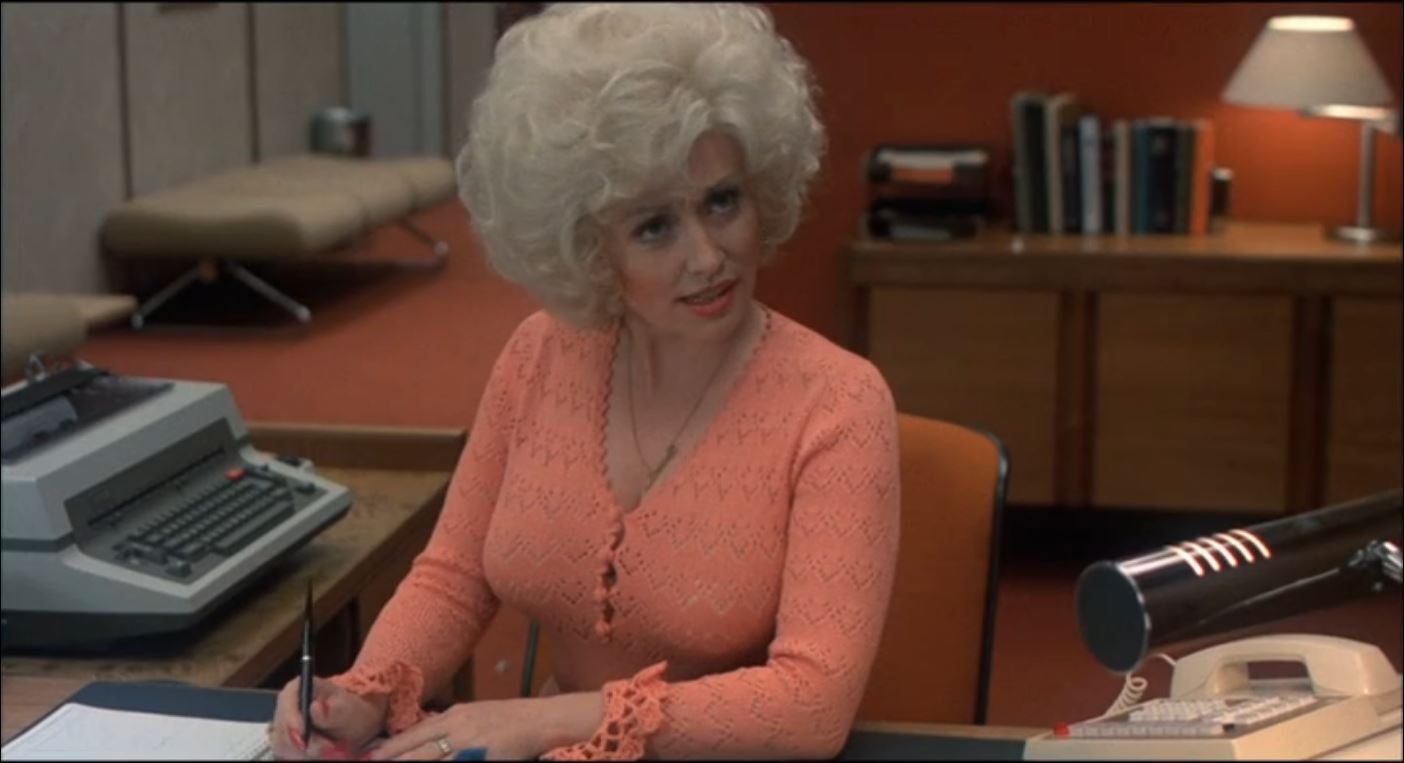 Dolly Parton should get the lion’s share of credit for making 9 to 5 a hit. In addition to doing the catchy as fuck theme song that was omnipresent that year, she provides the film with the biggest belly laughs and became a feminist icon by trying to topple the patriarchy with her big bazoongas and sass. In all seriousness, 9 to 5 still feels like it’s still light years ahead of the curve — try to imagine a new release film starring two of our greatest female comedians and one of our greatest female musicians that’s all about dismantling a toxic work environment in the age of #MeToo? It’s unfathomable but not only did it happen, it was the second biggest film of 1980 behind Empire Strikes Back. That’s insane. Films like this don’t get made anymore but thank God this one did and thank God it stars Dolly Parton.

Multiple actors turned down the role of Frank Booth because they considered the character to be too repulsive or intense. Hopper was the only actor fighting for the part because he reportedly said, “I’ve got to play Frank, because I am Frank!” If that is true, Hopper beats Klaus Kinski as the craziest actor in Hollywood.

I don’t believe there’s a thesaurus big enough to adequately describe Frank Booth. You’d need hundreds of variants of the words insane, manic, unpredictable, violent, and/or psychotic to properly define his actions because there is no other villain quite like Frank Booth. He kidnaps a child in order to leverage the mother into being his personal sex slave that he repeatedly abuses before and after he rapes her and that might not be the worst thing he does in this film. Instead of a bigger thesaurus, they need to just make a dictionary with his face as the definition of the word “Wild.” 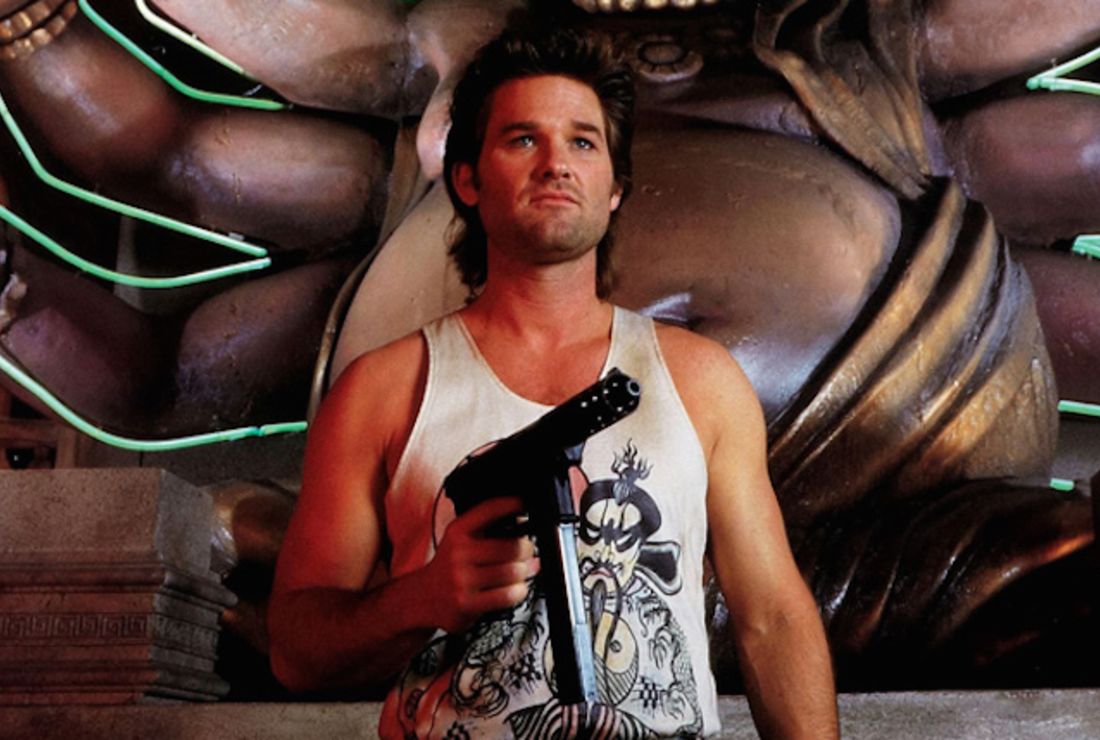 One of the least capable heroes in the history of film, Jack Burton is barely the lead of his own film. Wang Chi (Dennis Dun), the sidekick, does almost everything in the film. He saves the girl, takes on most of the weather ninjas and his knowledge of almost everything that happens in film is indispensable. He’s the true protagonist of the film, which makes Burton all the more special. In any other film, he’d be the wacky sidekick that cracks one liners and disappears for large chunks of the action (which also happens in this film because again, Burton is beyond incompetent) but then reappears at the end for that one last joke before the credits roll, so for him to be the lead, is awesome. It’s kinda like Russell was still mad that he lost out on the role of Han Solo and decided to create his own version of the character but this time have him be the lead of Star Wars instead of the fourth lead. 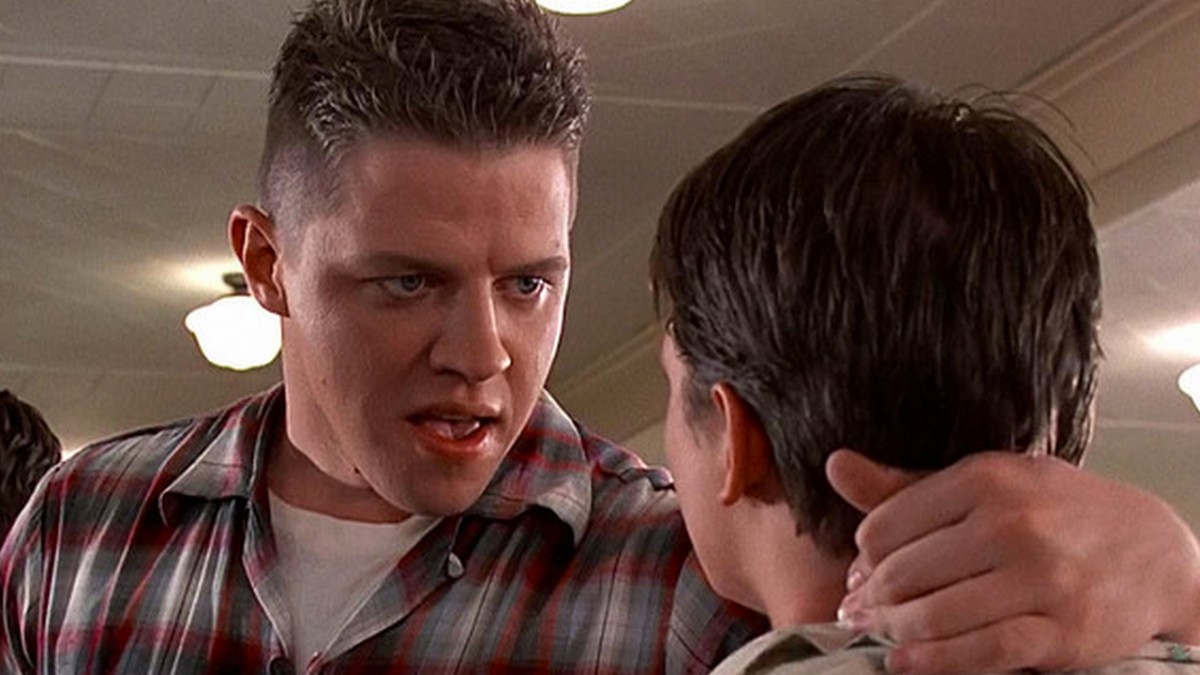 I find it necessary to state that I truly believe Thomas F. Wilson did the best acting in Back to the Future. That’s not to say that the rest of the cast weren’t extraordinary in their roles because they were. It’s just that Biff Tannen is absolutely nothing like Wilson. It’s easy to see parts of Michael J. Fox’s true personality in Marty McFly or Crispin Glover’s quirkiness in George McFly. However, if you watch any talk show interviews or follow Wilson’s YouTube channel, you will see that he is nothing like Biff. And that’s no easy feat to pull off. Wilson deserved a career on par with Fox or Lea Thompson. He had the looks, charisma, and talent, but he was never able to step out of Biff’s shadow because he played the character so damn well. 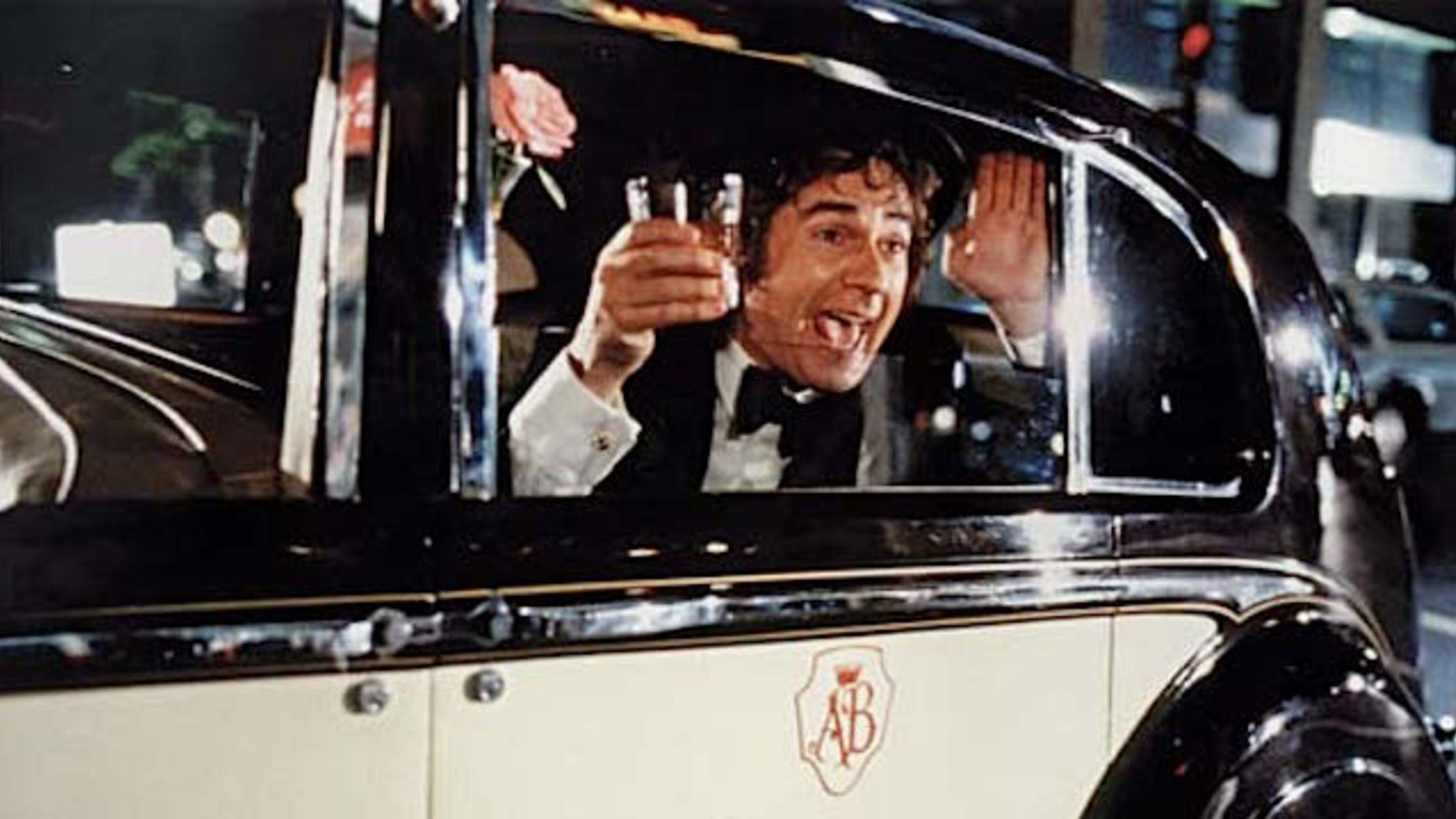 Never having to want for anything materially, seeing how he was born into a millionaire’s family, Arthur leads a wealthy, yet incredibly lonely existence in the City That Never Sleeps. To cope with his hollow and seemingly meaningless existence, Arthur has turned to alcohol to provide him with some much needed excitement in his life. But as the film progresses and we get a better glimpse into his life, we see that his entire persona, that of the happy-go-lucky drunk, is a facade and behind that lies the face of a sad clown. Deep down he’s clearly depressed as one monologue later in the film suggests: “Everyone who drinks is not a poet. Maybe some of us drink because we’re not poets.”

But since Arthur is the lead of a rom-com and not a super serious arthouse film, is troubles are soon fixed by the most powerful force in the universe: love. When he meets a shoplifter named Linda (Liza Minnelli) he instantly falls head over heels for her but there’s a hitch: in order to stay rich, he must leave her and marry another woman named Susan (Jill Eikenberry) lest he be cut off for good. Will he choose what is right (a life with Linda) or what is easy – a life of continued idleness by marrying into wealth with Susan? I’m pretty sure you can guess what he chooses but his decision being predictable isn’t an issue. Since you love him (and them as a couple), you want him to pick the obvious choice. 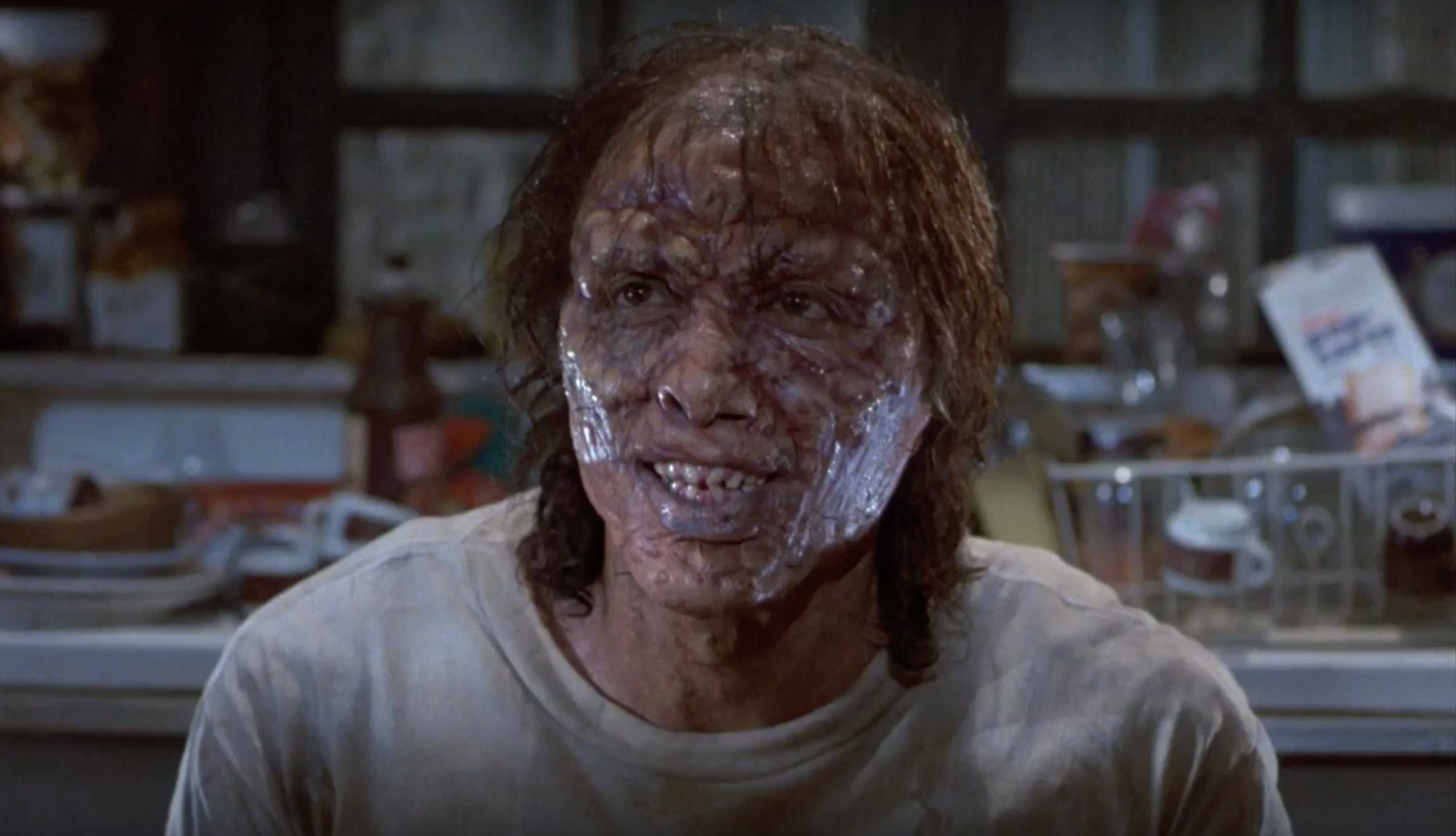 For some reason, Cronenberg has spent his entire career obsessed with body horror. The betrayal of the flesh. It’s a recurring theme in almost every one of his films but none have come even remotely close to The Fly. After a mishap with a teleportation device leaves him with part fly DNA, Seth Brundle gains the abilities of said fly and from that point forward, he dedicates his life to eradicating crime and injustice.

Just kidding. His skin falls off and he has to vomit acid on to food and then suck it up to eat because he ain’t got no teeth anymore. Although the films visual effects are second to none, his slow deterioration would just be gross and not heartbreaking if it wasn’t for Goldblum. He gives the performance of his career as a man who fucked with science, only for science to fuck back. He’s effortlessly charming and his romance with Geena Davis is believable. Their chemistry is palpable, which makes his story all the more tragic. 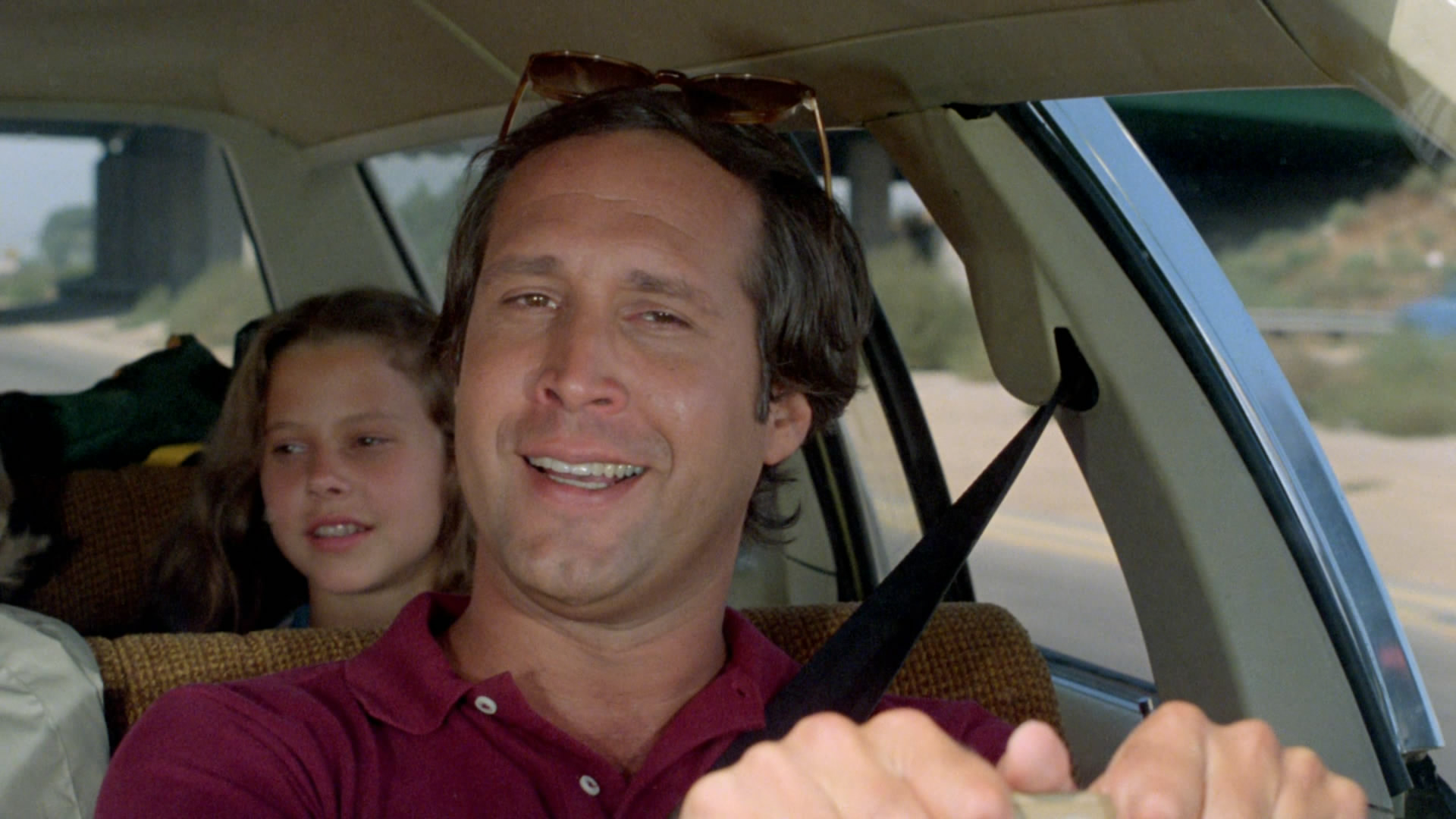 Family road trips are nothing short of a disaster. You always end up leaving late, you always remember you forget something when it’s too far to turn back for it, and you almost always end up loving the whole bloody affair by the time it comes to an end. Clark Griswold embodies all aspects of the father trying to give his family a worthwhile vacation. Of course, this is National Lampoon so comedic hijinks have to ensue. After one too many disasters, Chevy Chase gets to do what every father has dreamed of doing at least once, and that’s snap and unleash a cuss-filled rant on his family. One has to wonder how many fathers cancelled trips to Disneyland after watching this film. 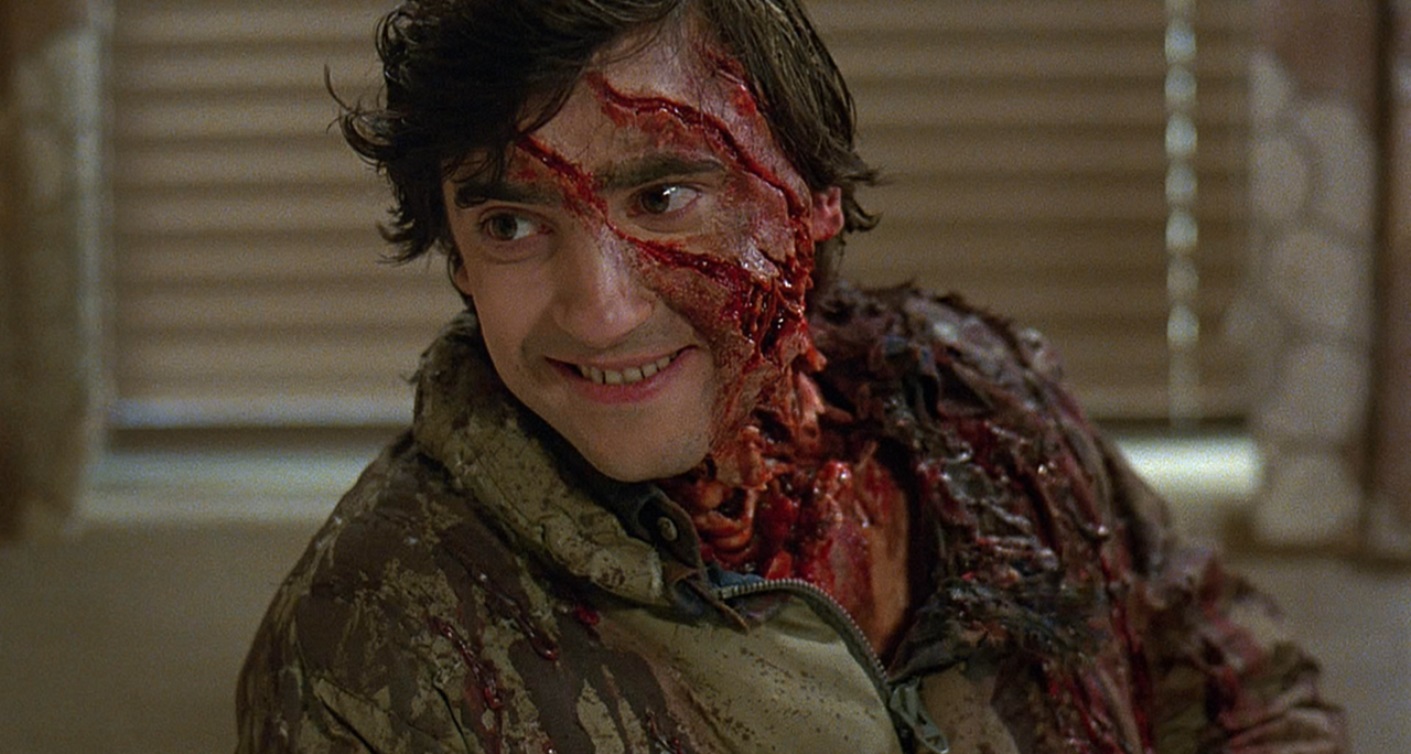 In a parallel universe, this film was almost a vehicle for Dan Aykroyd and John Belushi. Because the script is primarily comedic, the studio wanted well known comedians to star in it and if they offered Landis just a little bit more money, it might’ve happened. And while I could totally see Belushi as a wise ass ghost trying to talk Aykroyd into suicide, Griffin Dunne owns the role. Everything his character does, from the constant decomposing, to his incessant bitching about the other corpses he’s forced to converse with, to his desperate attempts at getting the main character to kill himself, are side-splittingly hilarious. 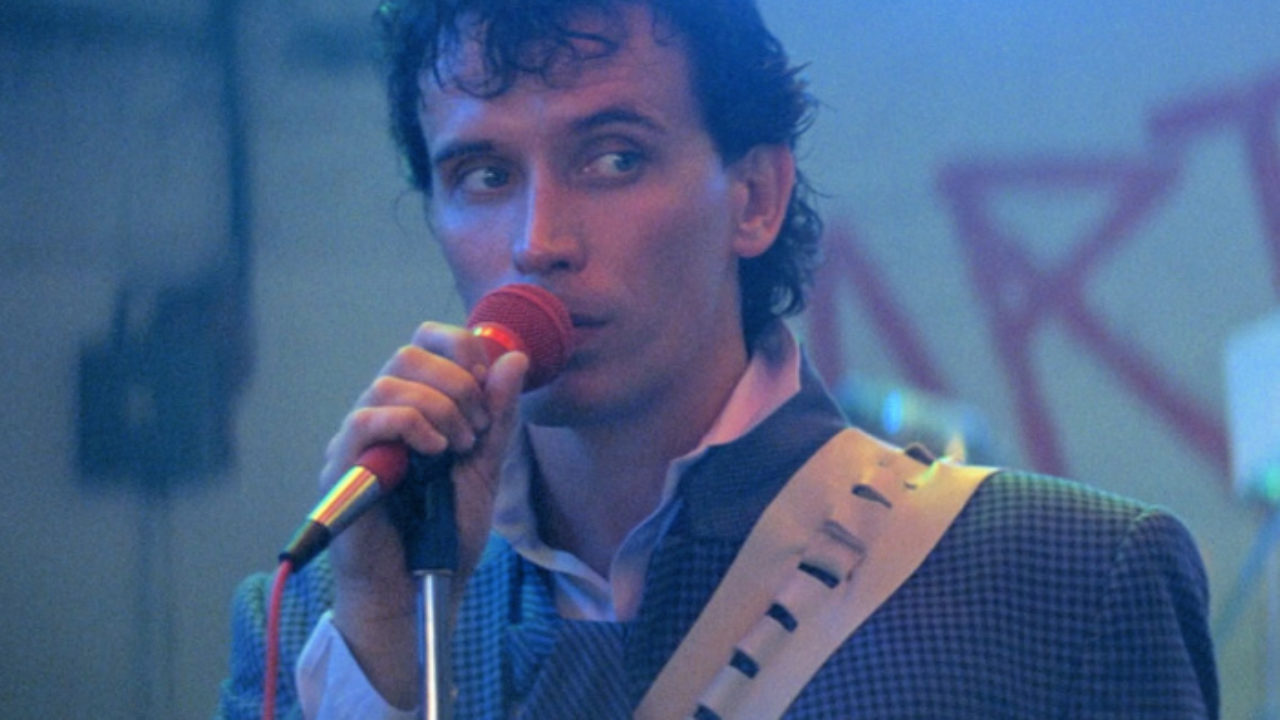 I wouldn’t blame you for thinking this film was based on some obscure sci-fi comic due to the absurdity of its title but not only is it not based on a comic, it’s inspirations hue closer to that of the old pulp adventure magazines of the 1930s— namely Doc Savage. Both characters are proficient in a number of areas (Buckaroo’s jobs are admittedly more bizarre) and both are leaders of a group that, while capable in their own right, are ultimately pointless considering they can do everything themselves but where they differ, is the fact that Buckaroo Banzai is the coolest motherfucker in the room and Savage is not. On his best day, Savage is almost as cool as Captain America and Captain America is about as cool as your dad. Banzai on the hand, oozes awesome like it’s a superpower. He’s so cool, that Clancy Brown and Jeff Goldblum (dressed as a cowboy no less) are in his team and you don’t even think about them.

What do you think of the selection so far? Who are some of your favorite 80’s characters? Maybe they will show up further on the list!