The number of films produced within a year, let alone a decade, is staggering and it’s only getting bigger. The podcast 80s All Over—which involved two critics watching and reviewing every major film of the decade, one month at a time—recently ended with about half of the decade getting reviewed. They had to pull the plug on it early because it was just too time consuming for them to track down and review every film on their watchlist. It was just too hard for them and they were doing the 80s, a decade with far fewer films than the 2010s. I only mention them and their podcast to illustrate my point: there are a shit ton of films out there which, for a cinephile, is hell because it’s impossible to see them all. There’s hundreds of thousands of movies and if you don’t know where to look, you’re bound to miss some good ones. This list was a collaborative effort to help shine a light on a select few you might not have seen that we think are worth your time. 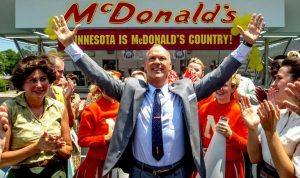 The Founder seemingly came and went in early 2017 (after a late 2017 premiere) without much fanfare. Michael Keaton was experiencing a mini-renaissance of sorts coming off of two back-to-back Oscar hits (Birdman and Spotlight). Keaton portrays Ray Kroc, the “founder” of the McDonald’s chain we’re most familiar with today. It’s a fascinating biographical film that is strengthened by the talent involved. The cast consists of a who’s who of award favorites including Keaton, Nick Offerman, John Carroll Lynch, Linda Cardellini, Laura Dern, and Patrick Wilson. I feel it has been sadly overlooked which is a shame considering it’s one of the better biographical features I’ve seen come out last decade. And remember kids, Ray Kroc isn’t in the burger business. He’s in the real estate business. 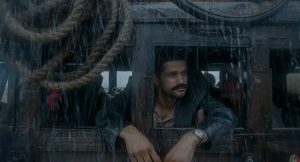 An Indian folk tale that provides you with some gorgeously shot gothic imagery that relies on some heavy atmosphere to tell a chilling story. A man is searching for his secretive inherited treasure but there is a catch. His cursed treasure is in the womb of Mother Earth and he must battle an evil offspring of a goddess in order to get his gold. Sound original enough for you yet?Tumbbad is a uniquely told fairy tale about morality and greed. Sprinkled in is a family drama with plenty of suspense, highlighted by some beautiful cinematography that all helps to generate some genuine scares. Think of an Indian Pan’s Labyrinth. 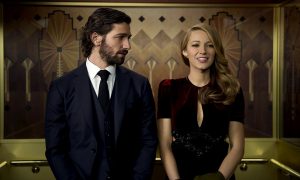 Romance films are —to use a tired cliché— a dime a dozen. So I usually need something added to the mixture in order for it to grab my attention. Sometimes it’s a dash of comedy and other times it’s a dose of the fantastical. The Age of Adaline takes the age old boy meets girl and turns it on its head by making the girl immortal. The audience follows Adaline as she attempts to reject the passing affections of Ellis Jones (a man who’s father has a connection to Adaline’s past). It’s a simple, yet heartfelt film that I 100% recommend watching with your significant other. Oh, and this is the first (and so far only) film that features Anthony Ingruber playing a younger version of a Harrison Ford character. So the film’s got that going for it too. 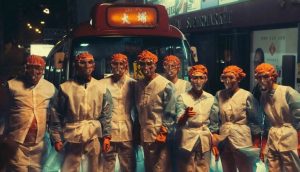 A group of passengers aboard a minibus seem to be the last known humans on Earth. Where did everyone go? What happened to them and who is sending them all David Bowie lyrics as texts and what do they mean? The Midnight After is a film only the Japanese would make. Hollywood is unfortunately filled with squares who are afraid of the bizarre, afraid to alienate their audience with crazy shit. Japan does not have that problem. Like the Twilight Zone on mushrooms, The Midnight After is a mystery with no conclusion, an apocalyptic satire with targets you won’t understand and a plot that makes zero sense but I guarantee if you watch it, you’ll never forget it. [Ed. The Midnight After is Chinese not Japanese]

Can we have more emotionally sensitive animated flicks like this one, please? Our poor beloved John Cena voiced bull ran seemingly unseen under the weight of industry titans. And it’s a damn shame. Ferdinand is a wonderful reminder that life can be beautiful and our efforts of preserving that which naturally radiates is an admirable thing.

Dreamworks really hit a homerun with this one. Sandwiched in between classic chase sequences, funny one liners, and notable voice performances is impeccably crafted commentary on bullying, embracing your identity, heritage, and the simpler things in life. We journey through the expected components of a high-budget, Hollywood animated feature, but the whole display hinges on our lead character listening to the tender voice that stirs his heart. Surprise, the bull isn’t font of destruction or chaos. It’s not very often a movie geared for children can pack a stunning reminder that sunsets and flowers are remarkably stunning…and misfit friendships can be fun too. Justice for Ferdinand and all of its deep feels! 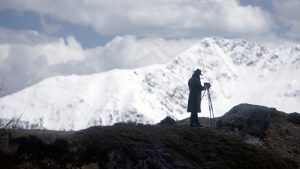 Kim Jee-woon’s The Good, the Bad, the Weird took the Spaghetti Western, set it in the Manchurian desert in the late 1930s, and added a strong comedic element to it – and did it to great effect. Andreas Prochaska pulls off a similar trick with The Dark Valley by locating it in the dark, snowy Austrian Alps. But instead of humor, Prochaska pursues a relentless atmosphere of dread that feels closer in tone to Ben Wheatley’s A Field in England or Antti Jussi Annila’s Sauna. The performances are solid, the photography is breathtaking (and works almost as a character on its own), the story is simple, and the action scenes, when they come, work so well because of the time Proschaska takes slowly building tension toward the film’s climax. The Dark Valley isn’t profound and it’s not breaking new ground really, but it’s a solid B+ film that more people should see. 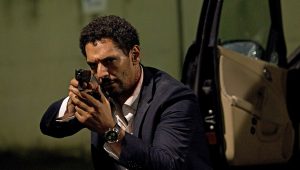 Director Frédéric Jardin must’ve watched Taken and thought to himself “gee, wouldn’t this be better if it all took place over a couple of hours and there was even more action?” To rectify this problem, he decided to one up one of the best action films of the last decade by adding higher stakes, more tension, a better plot, and more memorable set pieces and you know what? He did. A crooked cop (Tomer Sisley) must stay one step ahead of the criminal underworld if he wants to rescue his son that they kidnapped and to protect his double life from being exposed. All while suffering from a bullet wound in his gut. It’s a film so good, Hollywood immediately bought the remake rights and predictably failed to deliver a film even half as entertaining.

I miss Stephen Sommers. His films, while not exactly good, had a unique energy and charm to them. They felt in many ways, like the precursor to what Marvel would eventually do years later. He created fun adventure films with the sole purpose to entertain. That’s it. Just fun movies that didn’t feel like cynical cash grabs or nostalgia porn. And that’s kinda Odd Thomas in a nutshell. It’s a film with many noticeable problems but is held together with yards and yards of fun rope. Or string. Fun, along with Yelchin, is the glue that holds this film together. That’s a better analogy. A short-order cook who can see the dead stumbles on to a conspiracy involving a mysterious man and decides to do something about it. It ain’t high art people. It’s Yelchin fighting weird ghost monsters and encountering even weirder people. You’re either in or you’re out. 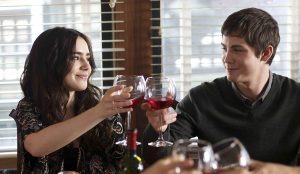 Before The Fault in Our Stars exploded on the big screen, director Josh Boone made his debut writing and directing Stuck In Love, a small romantic dramedy that could have very easily been clumsy take on divorce. Instead it handles the topic with grace and humor, delivered by an insanely talented ensemble. Greg Kinnear is a writer, still yearning for his now remarried ex-wife, played by Jennifer Connelly. Their divorce has also predictably affected their two kids, Rusty, who can’t help but idealize romance, and Sam, who is emotionally guarded and runs from any potential sign of happiness.

In the aftermath of the divorce, the dysfunctional family continually struggles to come to terms with love, loss and when to finally move on. It’s not a perfect movie. In fact, it’s a bit heavy handed at times, and maybe a little overly sentimental. But it’s an excellent study of divorce and the complicated connections forged with family. Despite the subject matter, Stuck In Love is quietly disarming with an earnest message. And it’s definitely worth a watch for the fine performances from the entire cast.

An 11-year-old tomboy (Royalty Hightower) ditches her pursuit of boxing for a popular dance troupe. As she struggles to fit in, she finds herself caught up in danger as the group begins to suffer from unexplained violent seizures. An enigmatic slice of adolescent alienation, The Fits takes a child’s overwhelming need to fit in and turns it into a mild horror movie. Once her fellow dancers start developing seizures, everyone starts panicking until panic turns to curiosity which leads to jealousy. Why did she get it and not me? And what will happen if I do get it? It’s a unique coming of age film that’s half mood piece and half surreal mystery.

What do you think of the selection so far? What are some films from the 2010s that you think are hidden gems? Maybe they will show up further on the list!