Just like how every script has a three act structure, every film that involves a hero on a quest can be broken down to these twelve elements. But that doesn’t mean that each step is important. The formula may be ironclad but there’s one step that’s far more crucial than the others and that’s step six: Tests, Allies, and Enemies.

The hero can be uninteresting and the quest uninspired but if your villain is lame, nobody will give a shit. The hero is only as memorable as the villain he’s fighting. James Bond is one of the most iconic characters ever but the only films anyone gives a shit about are the ones where the villain is amazing.

From the mustachio twirling, train track tying ne’er-do-wells to mask wearing slashers to universe destroying uber baddies, cinema has had a long love affair with evildoers but which one is the most dastardly?

These are The 100 Greatest Villains of All Time. 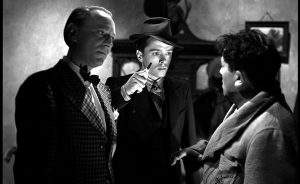 The leader and enforcer of a small-time gang that runs numbers and protection rackets for a local kingpin, Pinkie Brown is a violent sociopath who brutalizes and murders people, even his own henchmen, without remorse. Like all sociopaths, Pinkie is incapable of feeling love but unlike others, he actually abhors it. He regards everyone he meets with hatred and contempt and takes a particular dislike of women, who he views as weak and inferior. He’s a coldblooded thug who’s actions were so radically ahead of their time, that critics and audiences were appalled and disgusted by Brighton Rock and the film was dismissed as trash upon release. It wasn’t until it was released in America as “Young Scarface” that the film got the recognition it deserved. Pretty impressive for a 17 year old. 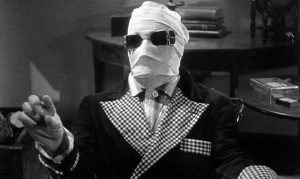 It’s deeply ironic that Universal keeps trying and failing to chase the MCU (Marvel Cinematic Universe) money train because they did it first almost 100 years ago. They were the first studio to connect their films through sequels and character overlap. It wasn’t unusual to see Dracula talking to the Wolfman or the Wolfman fighting Frankenstein’s monster. It was revolutionary and for a film fan, it was the bee’s knees (or whatever the antiquated term the 30’s had for hip is.)

But one character was suspiciously absent from the fun. While all the monsters were a-talkin’ or a-tusslin’, the Invisible Man was sitting on the bench. It couldn’t be because of lack of popularity either. The Invisible Man would eventually get more sequels than any other monster. I have a theory why he was never invited to join the crossover and it’s actually pretty obvious: It’s because he would’ve straight up murdered everyone else in the film.

Every other monster is slightly sympathetic. Frankenstein’s Creature never asked to be created, the Wolfman just wants to die and Dracula just wants some love but Jack Griffin just wants chaos. He revels in madness and leaves a trail of corpses in his wake. He once derailed a train killing hundreds just for funsies. He’s also invisible, which means that not only is he hard to find but that he’s naked and crazy. And there’s nothing worse than an insane naked person running towards you. 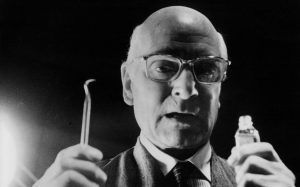 Is one scene enough to make a villain an all timer? The answer I suppose, would be: depends on the scene. There are many great villains that only got one or two scenes to highlight their goods. Whether it’s a great speech or badass action scene, one scene is almost enough to steal an entire movie. Gary Oldman did it in True Romance and Gary Busey did it in Lethal Weapon. One defining moment is all you need to be unforgettable and there is almost no single moment as memorable or as sinister as the “Is it safe?” scene from Marathon Man.

The setup (for those of you who haven’t seen it), Dr. Szell is a nazi dentist who has taken Dustin Hoffman hostage to find out what he knows (the film is a thriller involving a James Bond-esque spy whos embroiled in a jewel heist gone wrong who also happens to be Hoffman’s brother) and it just so happens, dentists make the best interrogators. Nobody lies when drills and exposed cavities are on the line. 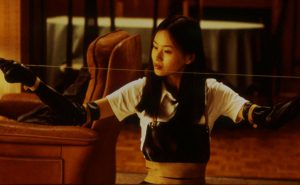 A man in mourning after the loss of his wife looks to find the perfect woman to replace her. He holds bogus auditions for an ostensible film role in order to find her but the girl who catches his interest turns out to be a much better actress than he bargained for. Without any context, that plot description could go in any direction. It could be a wacky comedy starring Sandra Bullock or a slow burn drama ala David Fincher but Audition is unlike any other film in existence.

At first glance it appears to be a dark, psychological thriller but like an infected wound that only gets worse the more you fuck with it, Audition gets uglier the more you peel away and it will definitely leave a scar. There are scenes in this film that are burned into my memory and it’s been almost 20 years since I’ve seen it. Never has the phrase “I’ll wait for your phone call” been more ominous. 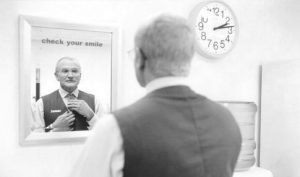 There are a million sinister things in the world. Clowns, spiders, machete wielding maniacs, Etc. but one of the most terrifying prospects is the notion that there could be someone in your life that is disturbingly obsessed with you. It could be a friend you’ve known for years or it could be that barista you bought coffee from that one time three years ago. The fact that there could be someone out there that has made you their singular obsession is scary because it’s realistic. Films usually depict obsessive psychos as madmen who live to fuck with one particular cop. They’ll send them clues or whatnot because they’re crazy and it’s a movie.

But real obsession is much more benign. It’s somebody standing outside your window watching you sleep or “accidentally” bumping into you at the supermarket even though they’ve been stalking you for a month. Sy Parrish isn’t the Riddler or the Zodiac Killer. He’s not an insane psycho with a personal vendetta who leaves ridiculous puzzles to solve. He’s just lonely. And he doesn’t want to be lonely anymore. 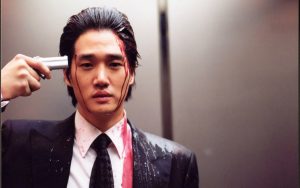 Going back to the Hero’s Journey, based on the steps Campbell presents, the hero is, by their definition, reactive. The villain does a thing and then the hero has to react. Since the hero isn’t as proactive as the villain, that automatically makes them less compelling to me. The villain has to come up with a plan, execute the plan and then wait for the hero to react. That’s a far more interesting arc than the Hero’s Journey.

Lee Woo-jin might be the most proactive villain in history. Without giving away the details of his insidious plot, it takes him 20 years of planning to exact his revenge and it might be the most diabolical thing anyone on this list has done. The hero may have the journey but the villain has the plan and no villain has a plan has intricate as Woo-jin. 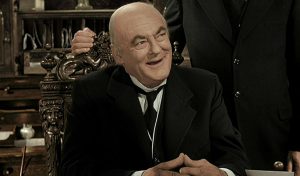 Mr. Potter is a loathsome man. Like Ebenezer Scrooge before him, he’s a man consumed by greed. But unlike Scrooge, there is no redemption. Scrooge is a unlikable miser but he only hoards his wealth. He’s addicted to the coin. Potter on the other hand uses his greed to gain more power. Money is only a means to an end. It’s a vicious cycle that leaves the town of Bedford Falls in complete disarray.

The worst thing Scrooge ever did was refuse to dance with his fiancee at Mr. Fezziwig’s party. Mr. Potter literally drove a man to kill himself and then when he was dead, he took over the town. His suicide and its aftermath might’ve all been a “what if?” scenario concocted by an angel but the lead up wasn’t. Mr. Potter stole George Bailey’s money, tried to fuck over the town and he still got away with it. Merry Christmas. 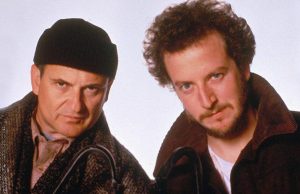 Creating an enjoyable live action cartoon is almost impossible. Many directors have tried throwing their hats into the ring but the results are usually far too kiddy to be enjoyed by anyone other than children or in the case of Popeye, enjoyed by no one. It’s a delicate balancing act trying to juggle both tones but Home Alone makes it look easy.

The film operates within the logic of a Wile E. Coyote cartoon. The amount of damage Harry and Marv sustain throughout this film is enough to have killed them 20× over but it’s never violent damage. Like the Three Stooges, the enjoyment comes from watching these bumbling clowns get their just desserts and Pesci and Stern sell every second. 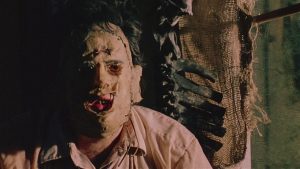 The Texas Chainsaw Massacre burst onto cinema screens with the power of an exploding star. Loosely based on the real life serial killer Ed Gein, audiences had never seen such violent depravites on the big screen before. In retrospect, it’s quite amusing how little blood is actually in the film and almost all the violence is done off camera but at the time, the hulking cannibal named Leatherface was the most terrifying monster ever.

It’s almost impossible to hear a chainsaw without immediately thinking about this film. Other horror monsters may have more iconic weapons but there’s nothing scarier than hearing a chainsaw rev up in the woods at night. Plus, he’s a cannibal. There’s not many taboos America considers to be unbreakable but that’s one of them. 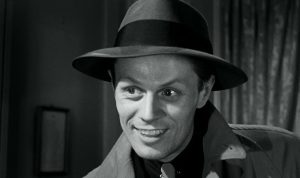 Taking inspiration from the Joker, Richard Widmark’s perpetually grinning thug who cackles like a hyena as he commits the most heinous of crimes, would actually become one of the major inspirations on comic book writers writing Joker from then on. Which essentially means, Widmark’s performance was so good, it out Joker-ed the Joker. An irredeemable villain who has a penchant for sticking squealers “You know what I do to squealers? I let ’em have it right in the belly. So they can roll around for a long time thinkin’ it over” but is most well known for the famous scene in which he pushes an old woman in a wheelchair down a flight of stairs. It may be comical now but at the time, it was one of the worst things audiences had ever seen.