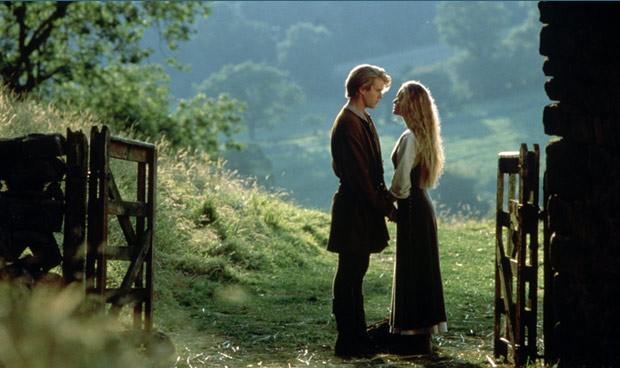 So the question I ask today is: Is there such a thing as a perfect film?

What are some examples? Finally, why are your examples perfect or nearly perfect? What are the criteria a film needs to meet to be considered perfect or even close to perfect?

For me, The Princess Bride is everything modern genre and blockbuster films largely fail to be these days. Topping the list of attributes The Princess Bride has in spades that modern movies lack are great characters played by perfectly-cast actors. Buttercup, Westley, Inigo, Humperdinck, the six-fingered man, Fezzik, Vizzini, Miracle Max and his wife Valerie have stuck with us all these years later because they are well-written and likeable — even the villains — and the actors who play them were so well-cast and turned in such pitch-perfect performances that it seems like they were all born to play those roles.

After that is world building. The world the characters inhabit, though fantastical, is layered and rich and feels like the kind of place a Dread Pirate Roberts would naturally exist. The characters have back stories that are hinted at, but the film never needs to use exposition to fill in gaps. Rather, small details and bits of character backstory give the world texture and make it feel more interesting and real.

And then there’s comedy. The Princess Bride is fun. It may be an adventure story set in a fantasy world, but it manages to get the perfect mixture of drama and comedy that makes for an enjoyable watch whether it’s the viewer’s first or fortieth viewing. It’s neither too silly for adults or too heavy for kids. It’s that rarest of movie that is as entertaining and appropriate for an adult audience as it is for a younger audience.

And the film’s comedic elements dovetail into the next component that makes The Princess Bride an example of a near-perfect film: writing. This movie is so quotable. “Hello. My name is Inigo Montoya. You killed my father. Prepare to die.” has to be one of the most recognizable movie lines in existence. And who hasn’t been at a wedding and imitated the Impressive Clergyman? “Mawage. Mawage is wot bwings us togevah today.” But beyond the quotable dialogue, the script is lean and the film is paced perfectly. The story is exciting without ever feeling rushed, and the world the filmmakers manage to create lends it a familiarity that has been attempted in fantasy many times, though with varying degrees of success.

Last of all, and this may be my own personal bias since Mark Knopfler is my favorite musician and songwriter of all time, but the score acts as the perfect companion to the images, characters, and story that make The Princess Bride a nearly perfect or perhaps even perfect film.

So what about you, folks? Does the perfect film exist?

Tell us what it is and why and we’ll see you in the trenches.