The dictionary defines a cameo as a brief appearance of a known person in a work of the performing arts, typically unnamed or appearing as themselves, which is just ambiguous enough a definition to leave it up for interpretation. The most important aspect of a memorable cameo appearance (besides the celebrity component), is the unexpected. A scene that comes out of nowhere and takes you by surprise but yet, the whammy element isn’t in the definition. And It’s generally accepted that a cameo is relegated to one scene but again, that’s also not in the definition, nor does it specify how long is too long.

So, the first thing I had to do was to define what a cameo was based on my own set of parameters and then go from there. I came up with two rules, which were:

1) the cameo in question could extend past one scene but it couldn’t run past 5 minutes (give or take) and the special guest star couldn’t partake in any important scenes. Pretty much meaning, if you cut their scene out of the film, the film would still work.

2) uncredited roles were automatically considered unless they were integral to the plot (I.e., no Kevin Spacey in Seven or Edward Norton in Kingdom of Heaven)

With that out of the way, I now present you with the 50 Greatest Movie Cameos Of All Time.

(And since cameos, by their very nature, are supposed to be surprises, consider this your spoiler warning.) 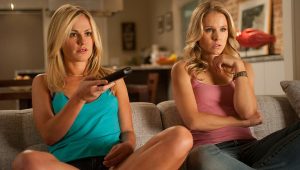 The Scream series doesn’t get enough props for its strong cameo game. The first one had a fun bit with Wes Craven dressed as Freddy Kruger and a blink-and-you’ll-miss-it appearance from Linda Blair, the second had a whole theater of guest stars and the third included a scene stealing bit by Carrie Fischer but the best of the bunch is the scene at the beginning with Paquin and Bell. Taking advantage of that meta humor the franchise is known for, the scene subverts your expectations in the most wonderful way possible. Too bad the rest of the film isn’t as fun. 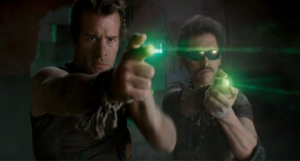 The Deus Ex Machina is up there with the Mcguffin and the old “it was all a dream” twist, as one of the most overused and lazy plot devices. Can’t figure out how to get your main character out of a pickle? Simple, just introduce an out of nowhere character or item that magically solves all the plots problems in seconds. Like King Richard in Disney’s Robin Hood or the time travel boobie traps in Bill & Ted’s Excellent Adventure for example. It’s worn out and trite, which makes it the perfect target for parody. A target Scott Pilgrim vs the World bullseyed so thoroughly, it should never be used again. After Scott makes a super powered vegan (don’t ask) accidentally ingest half and half, a duo of vegan police bust through the wall to de-veganize him with their magical finger lasers. It’s patently absurd but that’s the point. It’s also the funniest gag in the entire film. 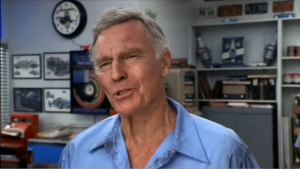 When Mike Myers complains that a bit player isn’t good enough, in steps Oscar-winner Charlton Heston—as a gas station attendant—to deliver a few lines about Gordon Street and the promise he made to a woman he once knew when he was younger. It’s barely a minute long but it’s good enough to move Myers to tears and for you to remember forever. 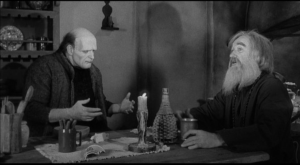 What makes Young Frankenstein a masterpiece, is the fact that it works as a Frankenstein movie on mute. Unlike most parody movies that are filled with nothing but non-stop pop culture references and crude humor, Brooks just took the bones of Son of Frankenstein (with additional bits from the other Frankenstein movies) and then just added in jokes. Take for example, the blind man scene involving Gene Hackman. On mute, you’d have no idea the scene was supposed to be played for laughs because the scene is almost a shot for shot recreation of the scene it’s parodying, and since Hackman is in it and since he’s always serious, so you’d assume it was a legit scene. You’d think his ass was clumsy due to him constantly spilling stuff on Frank but you’d chalk that up to the blindness. But with the sound on, it’s among the funniest scenes in Brooks’ oeuvre. 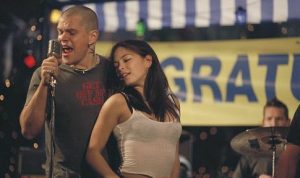 Much like how Tarantino has a well documented foot lust and Cruise has an obsession with running, Matty D must have some sort of insatiable fetish when it comes to showing up in movies for just a couple minutes because he does it a lot. Odds are, if Damon is in two movies in a given year, one of those movies will be a cameo. He’s like a pimple filled with glitter-he’s unexpected but nevertheless a fun treat. I might go so far as to say his mere presence makes every film better, and while that might be a tad hyperbolic, it’s certainly the case for Eurotrip. Playing a punk rocker who’s nailing the main character’s girl, Damon belts out the memorable song “Scotty Doesn’t Know” which actually became a bit of a hit. 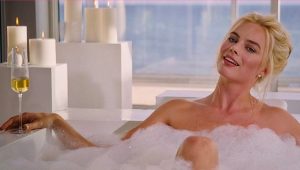 There are cutaway gags throughout The Big Short that involve celebrity cameos trying their best to teach the audience about mortgages and the housing crisis and any other topic too boring to remember. It’s a clever way to catch the audience up without spending an obscene amount of time on exposition and honestly, it achieved its intended goal. I learned two things I didn’t know before watching the movie: 1) I don’t give a shit about the housing crisis and 2) I will listen to anything Margot Robbie has to say, especially if she’s in a bathtub. 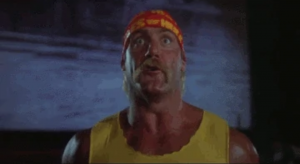 Anyone who’s watched Key and Peele knows the origin of this scene and why the Hulkster’s in the film in the first place but for those of you that don’t know, the answer– is cocaine. They pretend it was a Hollywood script doctor named Star Magic Johnson Jr but the truth is, Star Magic Johnson Jr was cocaine. This entire crazy ass, Looney Tunes-esque live action cartoon was the byproduct of tons of white gold. There’s no other explanation behind the insane fourth wall breaking cameo from Hulkamania or 90% of the other shit found in this movie. But you know what? I’m going to go on record as saying thank God for cocaine because this movie is awesome and so is the Hulkster. 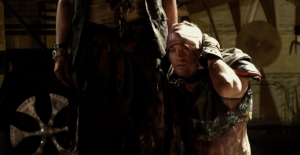 There’s a reason why I didn’t limit myself to just one entry per film like I’ve done with previous lists because it would be impossible with a film as stacked with cameos like This is the End. I could’ve just lumped them all together but that just didn’t feel right to me but if I did, it easily would’ve been number 1. From Hermione beating Jay Baruchel with an axe, to Paul Rudd squashing a girls head with his foot, to Aziz falling into a hell pit, to the ultimate pièce de résistance in the form of a heavenly concert put on by the Backstreet Boys—the film has it all. Since I didn’t want this to be number 1, it had to be broken up and while all those cameos I previously mentioned were great, they’re no where near as great as Channing Taint-yum as the sex slave to Danny McBride. It’s by far one of the craziest cameos in cinema history. 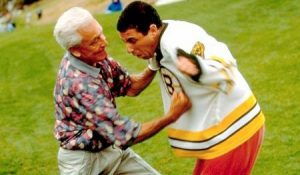 Whether it’s comedic actors going dramatic or serious actors trying their hand at comedy, there are few things more gratifying than watching an actor play against type. That goes double for actors that have built a specific persona around themselves. Bob Barker is one such individual. The jovial host of The Price is Right is one of the last people you’d suspect of whooping anyone’s ass but yet, when he does just that in Happy Gilmore, you not only buy it but you’re rooting for him to keep going.

“The price is wrong bitch”

Woody Allen is probably second only to Mel Brooks when it comes to celebrity cameos. Both filmmakers could’ve easily dominated this list if I let them. Each filmography is an embarrassment of riches. Walken and Goldblum are fantastic in Annie Hall, as is Marshall Mcluhan (“you know nothing of my work”) and Deconstructing Harry has probably his most imaginative cameos but I’m going with Midnight in Paris. Acting as a travelogue of the 1920’s, Midnight in Paris is a who’s who of the Paris elite of that time. Ernest Hemingway, Pablo Picasso and Zelda Fitzgerald are among some of the famous figures to make appearances and while they’re all great, it’s the eccentric Salvador Dalí who steals the show. Accompanied by Man Ray and Luis Buñuel, Dalí goes on and on about rhinoceroses and other peculiarities and in doing so somehow becomes the best thing in the movie.

What do you think of the selection so far? What are some of your favorite movie cameos? Maybe they will show up further on the list!