This was a hell of a decade for film. Superhero movies had a stranglehold on the box office, A24 corned the market on low budget cinema, Blumhouse made horror great again, moviegoers finally embraced foreign film (kinda) and critically acclaimed movies were being shot on cellphones. The age of the mega-blockbuster brought with it many pros and cons (Disney and their competitors essentially destroyed moderately budgeted films but independent filmmakers were given the opportunity to direct big movies, which in turn, afforded them the chance to make whatever project they wanted. Jojo Rabbit never would’ve existed without Thor Ragnarok for example) and highs and lows (so much fan service (yay!) and so much fan service (boo!).

It was a time where streaming services provided a wealth of new content (some of it great, some not so great), physical media started releasing every movie ever (right before it dies at the hands of digital) and a new generation of actors was getting ready to replace the movie stars of old. It was a controversial decade but at the end of the day, all that matters is that it provided a ton of great movie moments. This list was a collaborative effort to determine which movie moment was the best of the decade. 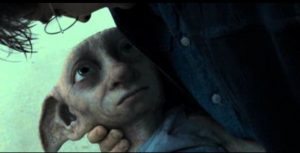 After being absent for four movies (despite having a larger role to play in the novels) Dobby finally made his triumphant return in the first part of The Deathly Hallows adaptation. However, as fans of J.K. Rowling know she has a habit of killing off all the fan favorites. So Dobby meets his end at the film’s close, but not before saving Harry and company from the Malfoys and Bellatrix. It’s a great moment, and one that gave fans the instantly quotable, “Dobby is a free elf. Dobby has no master.”

Dobby’s death told fans that from that moment forward no one was safe. The final battle was about to begin in Part 2. (Marmaduke Karlston) 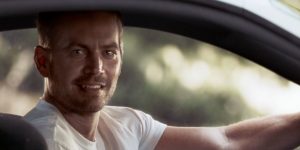 The tragic passing of Paul Walker meant that Furious 7 had to write out Brian O’Conner for future installments. They did this by having the team realize Brian needed to step away from the action and focus on his growing family. Although Dom agrees, he’s still sad that he’ll no longer be driving alongside his “brother”. He gets up to leave and Ramsey asks him, “You aren’t going to say goodbye?”

As Charlie Puth’s “See You Again” plays over Dom and Brian racing one last time before diverging down different roads, that’s when all the grown men began to cry. It’s a beautiful scene spliced with flashbacks to previous installments. No one knows what the original ending to Furious 7 was, but no one will ever argue that this wasn’t a worthy sendoff for someone so integral to the franchise. Rest in peace, Paul Walker. (Marmaduke Karlston) 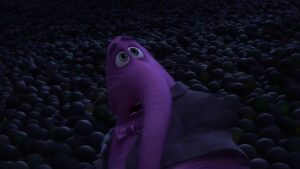 Out of every death from a Disney or Pixar film, Bing Bong might be the absolute saddest. Both animation studios excel in their ability to emotionally destroy moviegoers with unexpected character deaths. They, like the Brothers Grimm before them, have no problem addressing the harder truths of life. Art helps children process death and grief and mentally prepares them for the inevitable. But Inside Out kills off a character I’ve never seen die in a movie before. I’ve seen parents die. I’ve seen best friends die. I’ve seen pets die. Hell, I’ve even seen the main character die but I’ve never seen an imaginary friend die before.

He was a part of Riley, her best friend. He was crucial in helping her grow up. He was a part of her imagination and he sacrifices himself to make sure she’s happy. And she’ll never know. In one fell swoop, she lost her old best friend and at least some of her imagination and she doesn’t even know. And what’s sadder is, that happens to all of us. In order for us all to grow up, we have to let parts of ourselves die. Every single one of us has killed a Bing Bong. We just can’t remember doing it. (Sailor Monsoon) 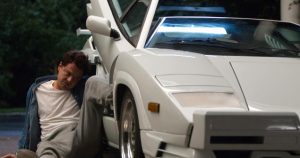 Jordan (Leonardo DiCaprio) and Donnie (Jonah Hill) get a hold of some Quaaludes that are well past their expiration date. As they wait for them to kick in, the narrator starts enthusiastically listing off the steps of the high. There’s “the tingle phase,” “the slur phase,” “the drool phase,” and “the amnesia phase.” But when they fail to kick in, they take more. And then some more. And then, they finally hit and as the narration states, they both discover a previously unknown step: “the cerebral palsy phase.” What comes next is a 10-minute sequence of physical comedy gold. DiCaprio flings himself downstairs, tries to open doors with his foot and then proceeds to fight with the equally fucked up Hill like two sloths stuck in molasses. Scorsese isn’t known for comedy (King of Comedy is Joker but more serious and that’s supposed to be his funny picture), so for this to be as funny as it is, is a true revelation. (Sailor Monsoon)

Civil War puts poor Tony through the ringer. He lost Pepper, he has guilt over Sokovia, he just battled his teammates, saw one of his best friends critically injured, and now learns that his parents weren’t killed in an accident after all. What hurts most at this moment is not only seeing that his parents were murdered but his buddy and fellow Avenger, Steve ‘Captain freakin America’ Rogers, knew about it. Tony’s reaction is completely justified, and we get the real showdown of the film.

This is one of the most beautiful fights in the MCU. The choreography, the setting, cinematography, everything about it just works. Iron Man trying to kill Bucky for killing his parents while Cap helps his oldest friend in a two on one battle is more dramatic and has higher stakes than the previous Airport fight. We witness some amazing teamwork by Bucky and Cap as they try their best to just disable the Iron Man suit. Bucky loses his arm, again. Last thing I want to point out is we get to see one of the best comic book illustrations to film representations ever. Iron Man blasting Captain America’s shield is simply gorgeous. The airport scene is more fun but this far more important. (Vincent Kane) 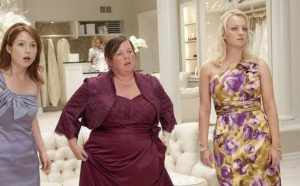 Back in 2011, Bridesmaids broke the mold of female-driven films and helped breathe some fresh air into the oft-predictable wedding comedy to the tune of nearly 300 million dollars at the box office. With a rich ensemble of talent, the Kristen Wiig-led film gave audiences so many memorable moments that it was difficult to choose just one for this list. However, it’s difficult to think of Bridesmaids and not immediately think about the hilariously disgusting food poisoning scene that takes place in a fancypants bridal shop after our ladies have eaten at a questionable Brazilian restaurant. These friends, all dolled up and wearing expensive bridesmaids dresses – and in Maya Rudolph’s case, a gorgeous, white wedding gown – screaming at each other in between a crescendo of a splattering of sweat and bodily fluids was the kind of comedy rarely seen from women on the big screen. Maya Rudolph’s panic as she runs out of the store in her wedding gown, and then her resignation as she sinks to the street to do her business, is the perfect topper to what is arguably the funniest scene in the movie. (Romona Comet) 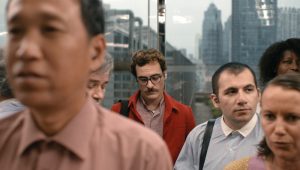 Is there anything more devastating than an unwanted goodbye? Because when Samantha leaves, I am broken. Quite possibly the most heartbreaking end of a relationship 21st Century American film has seen, and it’s both because and in spite of the fact that Samantha isn’t an actual human that it feels so staggering. The sideways close-up of Joaquin’s broken eyes; the floating specs of dust morphing to the falling snow flakes; the embrace that is felt but not actual; the subtle honest tears; all coming to a head of Theodore saying goodbye to the love of his life while, perhaps, truly discovering his own capacity for the first time. Spike Jonze crafted the most tender moment on film that year and did so in such a way that in context is beautiful to a point that it almost feels impossible. When Samantha says, “Now we know how”, we see that Theodore has, in fact, made it to the other side of his biggest fear. And that is everything because love is a marvel. (Mitch Roush) 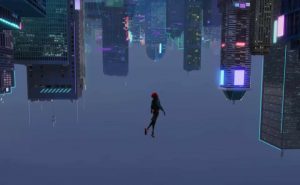 “What’s up danger? Come on, I said, ‘what’s up danger’?!!!” I freaking love this song. I freaking love this scene. I freaking love the song and scene together. One of my favorite superhero happenings is that moment it all comes together and the hero realizes their full powers and potential. That was the whole point of Miles’ arc. Even before the powers, he struggled with his finding a balance of his full potential. Getting powers just complicated that even more, and with even trying to the right thing, he still failed his own expectations. All he needed was a kick-ass song, a kick-ass new Spider-Man suit and a leap of faith. This scene gives me goosebumps every time I watch it. From hearing words of encouragement play through his to the glass shattering at his fingertips as he takes his literal leap of faith to the…Have I mentioned the song yet? “Like, what’s up danger?!” (Vincent Kane)

I have a tendency to rewrite certain movies to make them cooler, as most people do. “Wouldn’t it be cool if so and so happened” or “this film would be better with X, Y and Z.” There’s a reason fan fiction exists and is popular. If a story isn’t quite good enough or doesn’t have that certain “thing”, it’s easy and fun to imagine a story that does. Cabin in the Woods is the first film that not only did the cool thing I was hoping it was going to do but did it even better than I ever could’ve imagined. I heard them say there was a system purge button and I saw the system purge button but I truly didn’t believe they were going to press it. At the same time I was thinking “man, wouldn’t it be awesome if every monster was suddenly unleashed?”, the film thought the same thing and then did it. Every monster you could possibly imagine is wrecking as much havoc as possible and it’s glorious. (Sailor Monsoon) 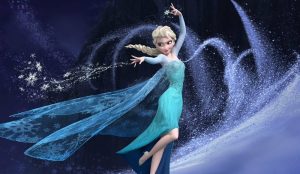 Outside of the Hamilton soundtrack, there may not be a more culturally significant album of the decade than Frozen. Almost every single one of its songs became an instant classic but none became as popular as Let it Go. Idina Menzel sings the shit out of it and does such a good job, that they scrapped the original plan to have Demi Lovato sing a more chart-friendly version and it actually changed the narrative arc of the film. Elsa was originally supposed to be the villain of the story but the song was so good, they decided to change the story to accommodate it. They knew they couldn’t get rid of the song, so they just changed the film in order to keep it. That’s how good the song is. (Sailor Monsoon)

What do you think of the selection so far? What are some of your favorite movie moments from the decade? Maybe they will show up further on the list!