This was a hell of a decade for film. Superhero movies had a stranglehold on the box office, A24 corned the market on low budget cinema, Blumhouse made horror great again, moviegoers finally embraced foreign film (kinda) and critically acclaimed movies were being shot on cellphones. The age of the mega-blockbuster brought with it many pros and cons (Disney and their competitors essentially destroyed moderately budgeted films but independent filmmakers were given the opportunity to direct big movies, which in turn, afforded them the chance to make whatever project they wanted. Jojo Rabbit never would’ve existed without Thor Ragnarok for example) and highs and lows (so much fan service (yay!) and so much fan service (boo!).

It was a time where streaming services provided a wealth of new content (some of it great, some not so great), physical media started releasing every movie ever (right before it dies at the hands of digital) and a new generation of actors was getting ready to replace the movie stars of old. It was a controversial decade but at the end of the day, all that matters is that it provided a ton of great movie moments. This list was a collaborative effort to determine which movie moment was the best of the decade.

The Conjuring is by far one of the better horror movies to have come out in a long time. It really had that slow burn feel of 70’s horror. And I really like that. The “hide and clap” scene, is a fantastic piece of tension that escalates due to classic misdirection and ends with a jarring shock. (King Alvarez) 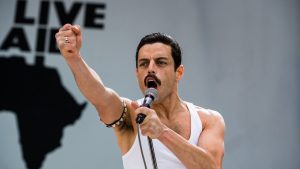 This rocking scene singlehandedly won Rami Malek that Oscar. And it should have as everyone involved absolutely killed it in recreating one of music’s most historic moments. All involved did an exceptional job recreating the concert and the music is just fantastic, but it was Rami embodying Freddie Mercury down to every movement and mannerism that makes this such a memorable moment. Watch the side by side on YouTube when you get a chance. (Vincent Kane) 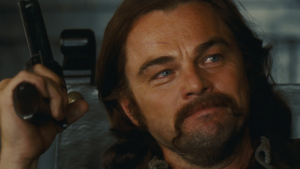 While Leonardo DiCaprio may be playing a less than great actor in Hollywood, that doesn’t stop him from being a great actor in real life. This sequence of a TV show within a movie is proof of that. He hands down delivers a fantastic performance that brings the house down. His repartee with the late Luke Perry really maybe “some of the best acting I’ve seen in my whole life.” (King Alvarez) 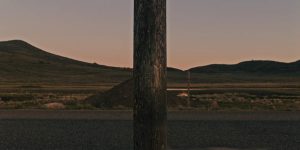 This scene hurt me. I am man enough to admit I teared up at this and was sick to my stomach. It wasn’t just what happened but how it happened and how director Ari Aster shot the whole thing. The entire build-up to this moment was masterfully done from the marketing and the beginning of the film. Foreshadowing, panic, intensity, an absolutely jaw-dropping death, and brilliant acting by Peter Woolf, makes this a scene that you won’t soon forget after witnessing. I’ll always remember the collective gasp from everyone in the theater as you could feel a wave of unease wash over the crowd. (Vincent Kane) 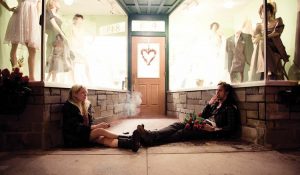 Before they made the movie, director Derek Cianfrance told each actor to come up with a  “talent” for their characters. Gosling picked the ukulele and Williams picked tap- dancing. The two would then practice those talents in secret and would only use them once the director told them to reveal it in a scene. During an all-night shoot wherein the characters were essentially on a first date, he instructed Williams that as soon as they got in front of the bridal shop, to ask Gosling if he had any talents.

So he starts playing the ukulele and singing and she starts dancing. The most memorable moment of the film came from the best kind of ad-libbing. It feels real because it is real. Neither knew what the other was going to do but since both actors have amazing intuition and timing, it comes together wonderfully. It’s the most important scene in the film. It immediately endears you to these characters, which makes their love seem inevitable but it also serves as a harsh reminder of how good things were before the ugliness. By the end of this film, after all the emotionally devastating scenes that continuously rip your heart out, you can at least remember this scene and feel a little less sad. They don’t have each other but they’ll always have the bridal shop. (Sailor Monsoon) 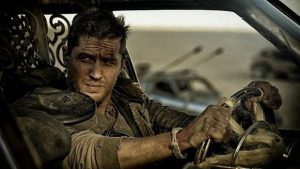 The great thing about Mad Max Fury Road is that about ninety percent of this movie probably could have been chosen to be included on this list. Max and Furiosa’s initial battle, the sandstorm chase, the bikers attacking the rig, Furiosa versus Immortan Joe, etc. etc. So I opted to settle for the scene that I felt encapsulated the entire film. After getting off to a rather violent and mistrustful start, Max and Furiosa spend the entirety of the film reluctantly learning how to help one another survive with begrudging, but growing, mutual respect. After the final battle, as Furiosa is dying, Max frantically and willingly gives her his own blood to keep her alive. As he cradles her head, he tells her, “Max, my name is Max… that’s my name.” Max seems both uncomfortable and relieved at saying his name out loud, but in the process, begins to rediscover his own humanity. (Romona Comet) 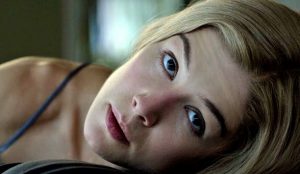 Nick and Amy will be gone. But then we never really existed. Nick loved a girl I was pretending to be. Cool girl. Men always use that, don’t they?  As their defining compliment. Let’s just get one thing straight – Amy Dunne is a psychopath and  one of the most defining villains of the decade. After she goes “missing” and her husband Nick is put under the microscope by the media and police as the prime suspect, we soon learn she caught him cheating and devised a sadistic plan to frame him for her murder. While we spend a lot of the movie sympathising with the memory of Amy through flashbacks, we soon learn just how calculated she really is. As Amy changes her appearance and flees across the country, she delivers a scorching monologue of injustice for all women who become the “Cool Girl” just to please their men, only to be cast aside and dismissed by them when another Cool Girl comes along. It’s sick and twisted how Amy chose to deal with Nick’s infidelities, but I’m going to bet you’ll be able to find quite a number of women who listened to Amy’s Cool Girl rant and found themselves relating to it. (Romona Comet) 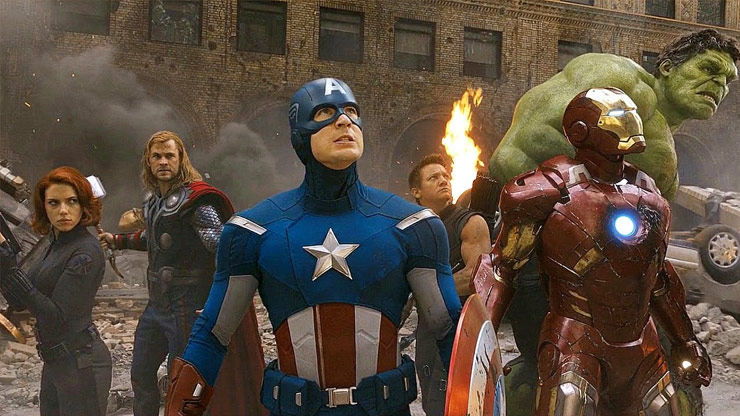 Joss Whedon had the enviable task of having to tie five previous films with multiple characters into one coherent movie and deliver the goods during its two hour and twenty-three-minute run time, especially in its final battle or it may have all been for not. Boy, did it deliver. There are just too many fantastic moments during the film’s third act to count but here are a few of my favorites: Iron Man flying in to fire his blasters off Cap’s shield taking out multiple enemies, Hawkeye’s no-look shot, “Puny God.”, and lastly, Iron Man saving the day by flying the bomb into the portal to end the battle. He loses power and begins hurling toward the earth with Hulk making the save and then just tossing him aside. It’s a veritable cornucopia of greatness that all begins with a badass 360 Shot. (Vincent Kane) 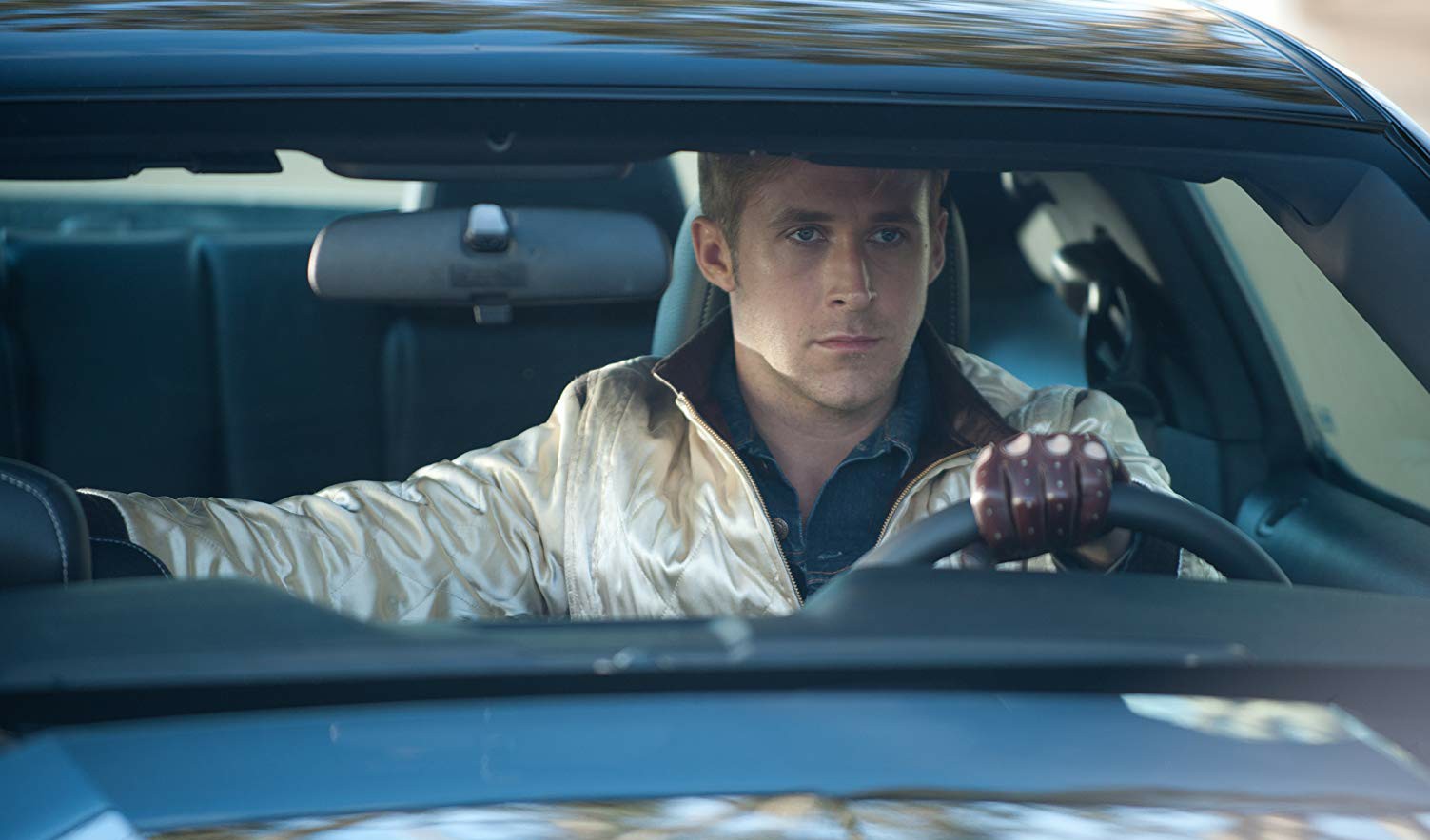 The opening nine minutes of Drive is a beautifully sequenced yet one of the most mellow car chases you’ve ever seen. Right from the start, you realize the driver is a cool, collected guy who has planned things to the tee. Upon helping some crooks pull a job, you hear overlaying audio of a police scanner and the end minutes of a basketball game. His methodical and excellent driving skills play out in an intense cat and mouse game in L.A. Ultimately ending in a smooth move of parking in a garage just as that basketball game lets out. (King Alvarez) 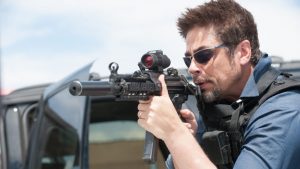 An FBI convoy goes into Mexico to pick up a major player in the Mexican drug trade and transport him back across the US border for questioning. What could go wrong? Between a tension-filled sequence of beautiful aerial shots of Mexico together with tight shots of the black SUVs speeding through the narrow streets of Juarez to pick up its prisoner. The constant fear that someone will take them out on their way. While they are successful in collecting their prisoner, it’s not until they get caught in gridlock at the border that shit goes south fast. On par with the shoot out in Heat, this sequence really draws you in. (King Alvarez)

What do you think of the selection so far? What are some of your favorite movie moments from the decade? Maybe they will show up further on the list!