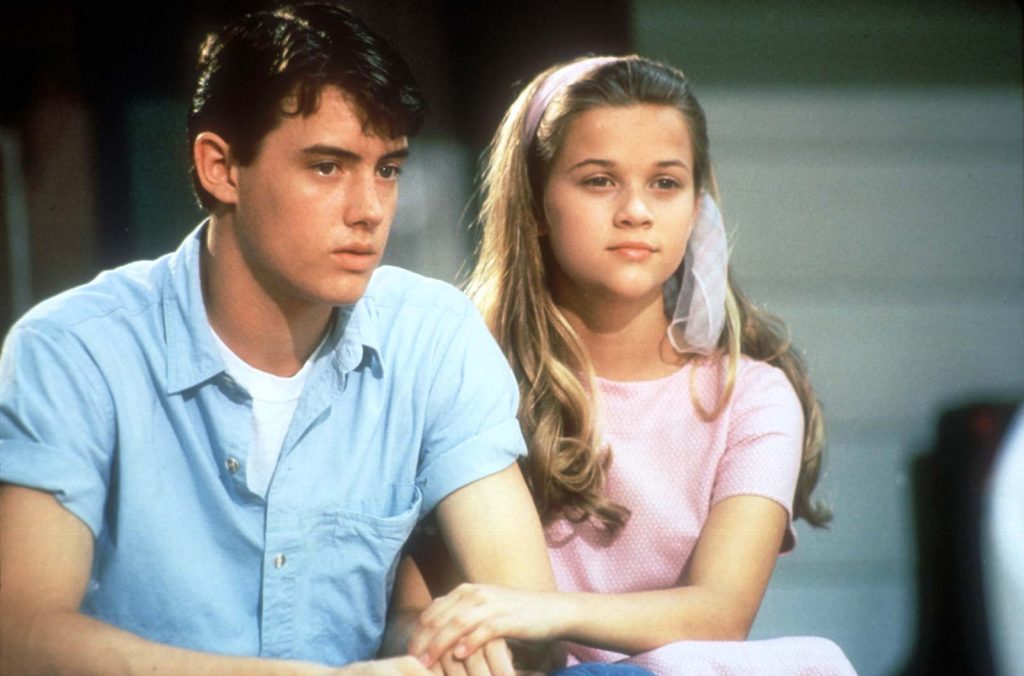 It’s Reese Witherspoon’s birthday! To mark the occasion, here are five of her overlooked or lesser-known performances. Check some of these out!

The coming of age drama set in the 1950s was Reese’s first feature film and the first film I ever saw her in. Reese plays Dani Trant, a young tomboy on the cusp of womanhood, and over the course of one summer, she experiences first love as well as heartbreak and loss. Sharing the screen with Sam Waterston and Tess Harper is no easy feat, especially for a young actress lacking experience, but Reese more than holds her own and quite frankly, carries most of the movie with an incredibly natural performance. With The Man in the Moon, Reese gave audiences an impressive glimpse of what her career would become and it remains one of my favorite roles in her entire filmography. 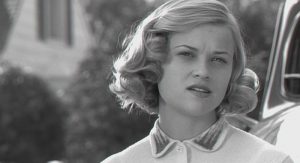 In this criminally underrated movie from Gary Ross, Reese plays Jennifer, a pretty but shallow teenager constantly at odds with her brother, David (Tobey Maguire). When an argument magically transports the two teens into their television, they find themselves in the setting of Pleasantville, a 1950’s sitcom filmed in black and white. Jennifer’s rebellious and sexual nature triggers changes to the black and white world of Pleasantville, introducing color and independent thinking. Reese has a lot of humorous and charming moments in the movie, and her relationships with not only David, but her tv parents Betty and George (Joan Allen and William H. Macy) are a joy to watch, especially when Jennifer is the one to educate Betty about sex (something that seemingly doesn’t exist in the world of Pleasantville), and uh, self-pleasure.

Reese Witherspoon has long since mastered the role of the over-achiever. I’m sure it helps that Reese has been described as one in real life as well (her production company is even named Type A Films). And the epitome of over-achiever just so happens to be Tracy Flick, one of Reese’s most memorable roles. Tracy is determined, ambitious, and ruthless, and when her campaign for student body president is threatened, her tightly controlled demeanor begins to unravel in hilariously frightening ways. Watching Election so many years later I can’t really make up my mind as to whether Tracy Flick is truly a selfishly ruthless go-getter who deserves our ire (and that of her teacher Jim McAllister), or if she’s just a misunderstood, hard-working female villainized for having her goals and chasing them. It’s one of the first films Reese was truly able to showcase her comedic range, and it’s probably one of her most enduring roles to date. 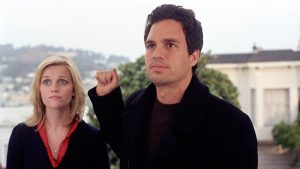 This wouldn’t be a proper Reese Witherspoon list without a romantic comedy entry. The obvious choices would have been Legally Blonde or Sweet Home Alabama, but since I opted for an overlooked role here in Just Like Heaven, a sugary rom-com from 2005. Witherspoon plays Elizabeth, a workaholic who is in a terrible car accident on her way to meet a blind date. Months later a man named David (Mark Ruffalo) moves into her apartment and begins to see and interact with her spirit. Of course, the two fall in love and try to find some way to restore Elizabeth’s memories of who she is, and why David can see her when no one else can. It’s nothing original or mind-blowing in the genre, but it’s romantic and has a pretty decent script. Most importantly, Reese and Mark Ruffalo have some wonderful chemistry, which makes the movie all the more worthy of a watch. I will argue until my face turns blue that Just Like Heaven is one of Reese’s better romantic comedies.

Based on Cheryl Strayed’s memoir, Wild earned Reese her second Oscar nomination. It’s arguably her best work and if you were to ask me, more deserving of an Oscar than the role that won her one (Walk the Line). I feel like the movie itself, despite the critical acclaim, got a bit overlooked by audiences and is not exactly on the Reese Witherspoon radar when you think about her best movies. But Wild is a brutally honest, and oftentimes gut-wrenching movie about struggling to recover from tragedy and grief. As with The Man in the Moon, Witherspoon carries this movie on her back with her strong, stripped-down performance. And unlike so many of her other roles, I completely forgot I was watching Reese Witherspoon in this, that’s how good she is in.

What are some of your favorite films to feature birthday girl Reese Witherspoon?