IFC Films has just released the official trailer for The Other Lamb. If you like watching movies about cults (no judgement) then you’ll probably want to check this one out.

Yup, that is pretty creepy. Nothing like a weird sex cult to send shivers down your back.

I don’t know if I’ll ever see this film in theaters. However, if I ever saw it on TV or in the $5 blu-ray bin at Walmart I might be tempted to watch it. It looks like it would be quite suspenseful even if my brain would be trying to wrap itself around how cults like this can even exist in today’s society.

For her entire life, the cult she was born into has been all that teenage Selah (Raffey Cassidy) has known. Along with a band of similarly cloistered young women she lives seemingly unstuck in time, cut off from modern society in a remote forest commune presided over by a man called Shepherd (Michiel Huisman), a controlling, messiah-like figure with a frightening dark side. But when her insular world is rocked by a series of nightmarish visions and disturbing revelations, Selah begins to question everything about her existence—including her allegiance to the increasingly dangerous Shepherd. Awash in images of primal, dreamlike dread, this provocative fable is a haunting vision of adolescent awakening and revolt. 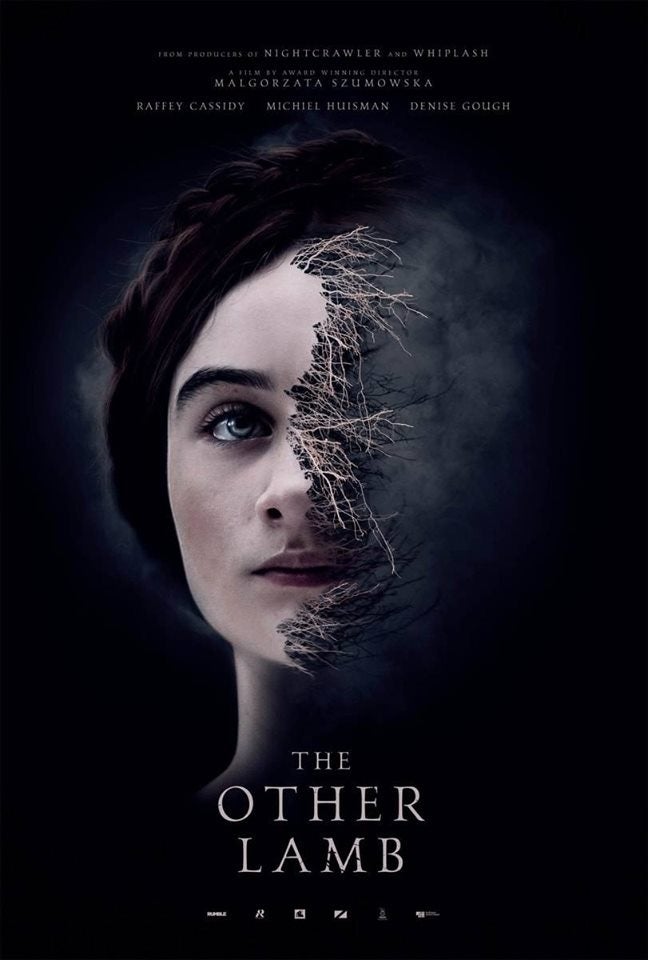 The Other Lamb will open at the IFC Centers in New York and Los Angeles April 3, 2020 before expanding to theaters.

What do you guys think? Interested in joining a cult at all?