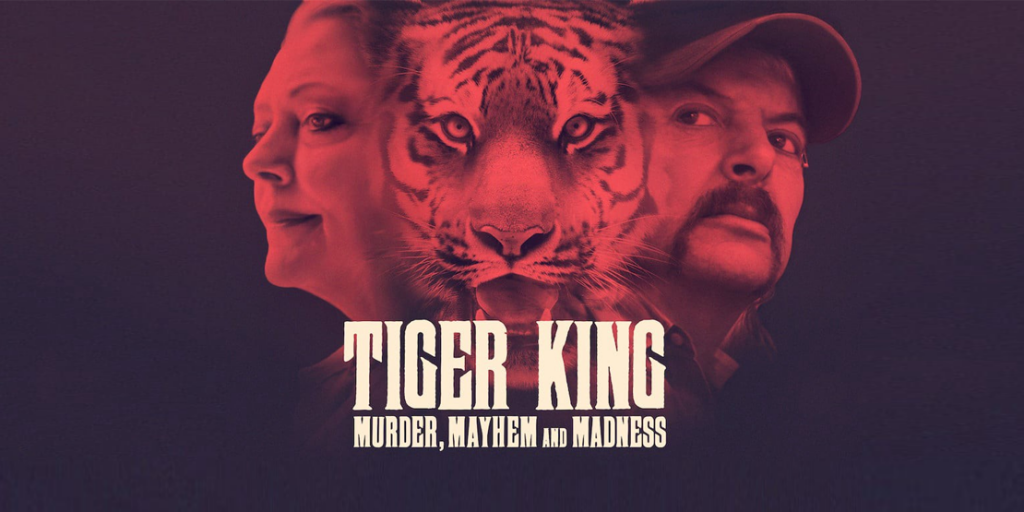 If you’ve ever doubted the old adage “truth is stranger than fiction,” look no further than Netflix’s new docu-series Tiger King: Murder, Mayhem and Madness.

The series revolves around Joe Maldonado-Passage, who is better known as “Joe Exotic,” owner of one of the country’s largest big-cat compounds. The gay, gun-toting redneck polygamist is the documentary’s guiding force, but there are quirky characters at every turn, including Joe’s primary rival: Carole Baskin, founder of Big Cat Rescue, which exists to shut places like Joe’s down.

But she is not entirely sane herself. When we are introduced to her, we learn her two best childhood friends were imaginary white cats and that she is actually allergic to cats. But a deeper mystery lurks behind her.

It is no secret what the documentary is building to over its seven episodes. Joe eventually goes to prison on a charge of hiring someone to murder Baskin.

However, by the end of the series, the charge is almost an afterthought compared to the unbelievable events and conditions at the zoo. And I haven’t mentioned Doc Antle, the leader of another big cat compound that doubles as a polygamist cult, which could be an entirely separate documentary itself.

Nobody in this documentary is all there, it seems, and neither are they trustworthy, which only makes the show that much more compelling. It’s best to go into the documentary unspoiled on some of the twists and turns, so watch it as soon as you can.

This is one of the most intriguing documentaries Netflix has produced yet.