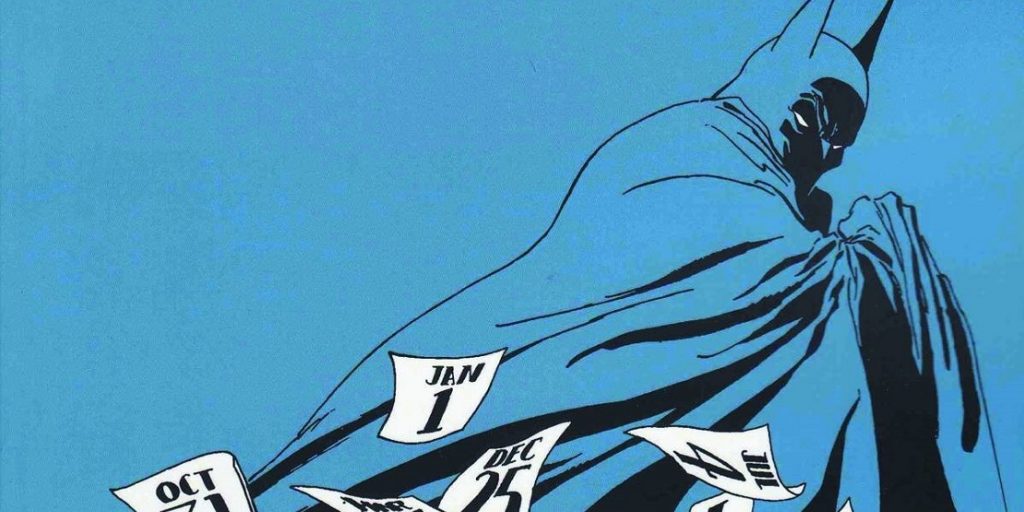 The critically acclaimed Batman: The Long Halloween is getting an animated two-part adaption in 2021.

The DC Universe Animated Original Movies line has dabbled with two-part adaptations in the past. It first adapted Frank Miller’s The Dark Knight Returns into an acclaimed two-part film released in 2012 and 2013. Just recently, The Death of Superman storyline was split into two films as part of the DC Animated Movie Universe.

During DC FanDome (via Syfy Wire), host Matt Bomer announced that Batman: The Long Halloween will be released in 2021, wirh part one releasing in the summer and part two in the fall. There is no official word on the voice cast yet, but I’m sure every actor who’s ever voiced one of the many Batman characters in a precious adaptation will want to take a crack at this story.

Additionally, two more animated films will be released next year. Justice Society: World War II, which has never received its own movie or show before, and Batman: Soul of the Dragon, a 1970s-set adventure film.

We’ll make sure to keep you updated on these projects as voice casts and trailers are released.

Have you read The Long Halloween? Do you think they can successfully replicate the story into a two-part film?