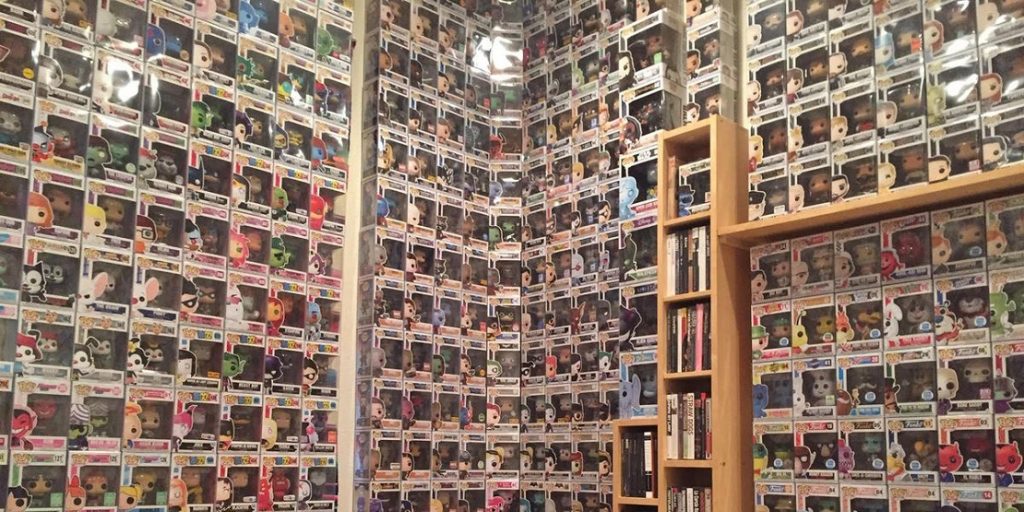 Warner Bros. has proved us wrong before when they managed to turn The Lego Movie into a critically acclaimed (yet Oscar-snubbed) animated classic. Now they’re hoping to strike gold twice.

Deadline reports that Warner Bros. has optioned the rights to Funko. Warner Animation Group will develop and produce a film based on the distinctive collectors figures from a script by Lloyd Taylor.

“Their fresh take on pop culture make these figurines incredibly appealing to fans of all ages.”

“We’re thrilled for this opportunity and are committed to make an amazing Funko movie that stands on its own merit. This isn’t about selling toys or building a brand. The team at Warner Animation Group have a unique vision of what the first film should be and we are extremely excited to take this journey alongside them.”

The thought of a Funko movie makes my head hurt. The Lego Movie worked because Lord & Miller were behind it. They managed to turn what seemed like a cash grab into a compelling film about following instructions or following your creativity. Recent attempts to capitalize on its success have included The Playmobil Movie, and now this upcoming Funko film.

The problem with the Funko film is the same problem that plagued The Lego Movie: licensing rights to popular franchises held at different studios. The Lego Movie featured a lot of Warner Brothers characters, but Lego makes sets based on properties like Star Wars, Marvel, SpongeBob, etc. It was the same issue Disney had in the eighties with Who Framed Roger Rabbit. You want to include as many beloved and iconic characters as possible, but securing the rights to them is tricky.

The Funko Movie (as it will problem be called, unless Pop! Never Stop Never Stopping isn’t already taken) no doubt will feature characters like Harry Potter, Frodo, and Batman as their main characters. It’s not really an issue, except that the movie never stands a chance at giving off that true feeling of dumping all your toys in a sandbox.

Thank goodness the Funko Pop! toys have faces perfect for animation. At least the film should be visually appealing to look at.

What are your thoughts on a Funko film? Is it necessary? Would you go see it in theaters? Are we judging this movie too soon like we did with The Lego Movie? How many Funko Pops do you own?