The movie Crawl comes out this weekend which about some people fighting off attacking alligators. What is a real creature you would like to see in a movie attack people that we haven’t seen yet or a creature we need more of?

“A couple travels to Sweden to visit a rural hometown’s fabled mid-summer festival. What begins as an idyllic retreat quickly devolves into an increasingly violent and bizarre competition at the hands of a pagan cult.”

I loved this film. Ari Aster’s strengths are in his direction and creating an incredible atmosphere. I enjoy his deliberate pace as he doesn’t rush anything, but still having the ability to hold my attention the whole time. You can draw similarities to other movies of course, but this is pretty original in the look, feel and the way this story is told. Florence Pugh did a really good job and everyone else played their parts well enough. I do feel it was just missing something to put it over the top, however, this is a solid follow up to Hereditary. Being Aster’s second film, I look forward to his career and whatever comes next. (4/5)

“Following the events of Avengers: Endgame, Spider-Man must step up to take on new threats in a world that has changed forever.”

This was fun and I enjoy Tom Holland’s Spider-Man. Jake Gyllenhaal did a really good job and I enjoyed his take on Mysterio. The concept behind the villain was cool and a pretty fresh idea. Even though I liked this film, it is my least favorite Spider-Man movie. “But what about Spider-Man 3 or Amazing Spider-Man 2?!” I would rather watch both of those again before this one. My biggest issue is that I am ready for this Spider-Man to stand on his own. I get it but it is time to move on from the Iron Man stuff and making these entries feel like just another episode in the MCU. I get they need to connect, but Spider-Man is a strong enough character to stand on his own merits. I’m over Nick Fury and I do not care for Zendaya’s character at all or how she plays it. The first end credit scene is what really piqued my interest for the next entry. Plus it was amazing seeing an old friend…(3.75/5)

“A pair of childhood friends end up falling for each other when they grow up.”

This was a cute film. There were some pretty funny moments but there were times I lost interest. It did a solid job of not feeling like every other rom-com. However, the show stealer was Keanu f’ing Reeves. His few scenes are some of the best of the year. “May I ask, do you have any dishes that play with time? The concept of time?” As much as I love this man, I wanted to punch him in the face myself. One of the greatest douche bags in the history of film. (3.5/5)

“Framed by their ruthless arch-nemesis, a mismatched LAPD crime-fighting duo has to put its differences aside to even the score with the evil kingpin who put them behind bars once and for all.”

Always a blast with this film. Typical 80’s action comedy with Stallone and Russell playing well off each other. It has been a while since I have seen it so this time I got more of parody vibe from it. Maybe that was the intent all along but I was too young to notice it. (3.5/5)

Slow going so far. Hoping to finish this next week.

I was bored out of my mind in these first two episodes. Nothing new or special about this zombie/infection series. I don’t know if I’ll return to it. 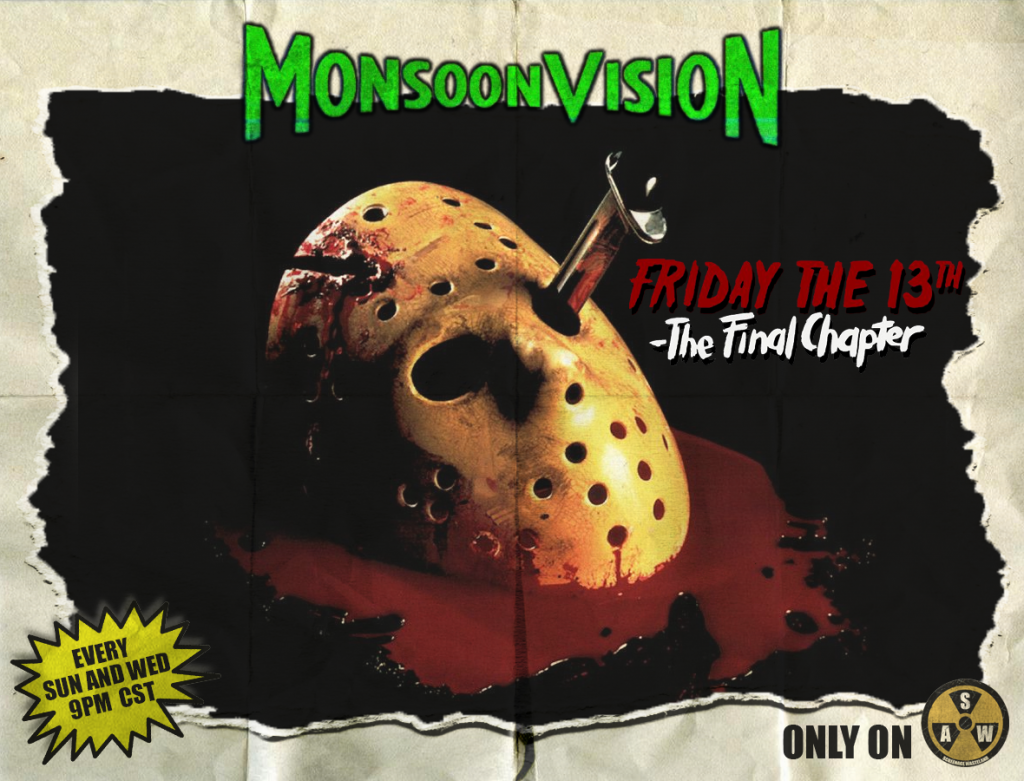