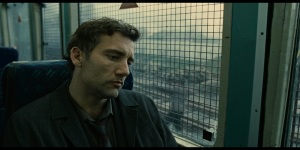 This week, I’d like to turn your attention to a specific genre of motion picture: science fiction. There are a lot of great science fiction films out there. Many of them are part of successful franchises. What I want to do though, is steer away from those blockbusters and continuing adventures so that we can consider the genre gems that stand alone. The films that didn’t have sequels. The ones that said what they had to say in a single film. *bam* The End.

What is your favorite non-franchise science fiction film?

To get things rolling, I’ll give you my choice: Children of Men (2006). Here’s the trailer:

The reason I chose this particular film is because, while it’s a great example of the ‘dystopian future’ subset of sci-fi, Children of Men transcends its genre. I’m not going to give any spoilers. I’ll just say that it is a great film, plain and simple. Director Alfonso Cuarón gives us a world that is very believable as a possible future. It’s a world that perceives its own end and is panicking. The performances are immaculate and the movie itself is gorgeously shot. Its action sequences and long takes are nearly legendary at this point. Children of Men is a movie that constantly hints at both hope and despair, joy and sadness.

So what about you, folks? What are some of your favorite one-and-done science fiction classics?

Seen you in the trenches.