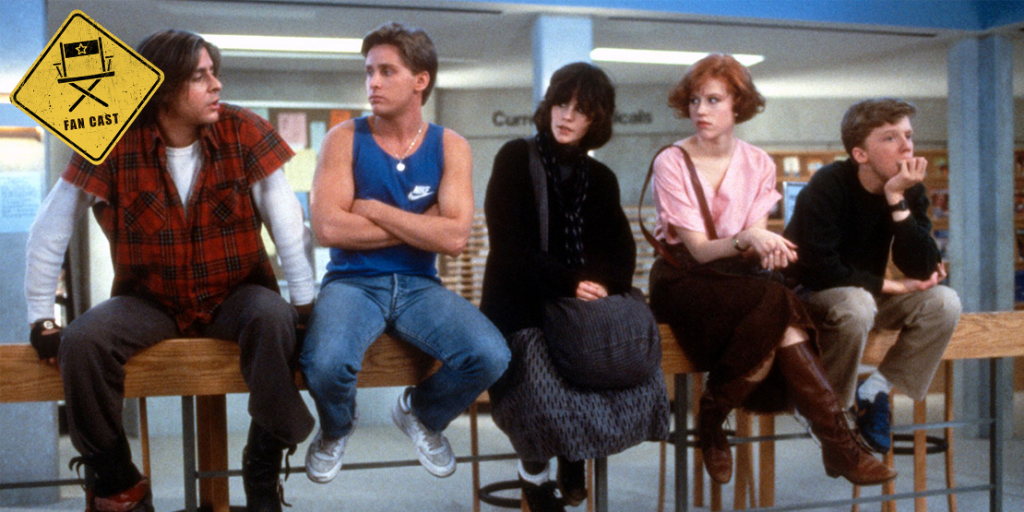 Nothing gets a conversation and/or debate going faster than an alternate casting. Everyone has their own opinion about what actor should play which role and more importantly, nobody can ever agree with anyone else’s picks. If it’s even slightly different than what you pictured in your head, you will immediately disregard it and ridicule the person who suggested it. The aim of the FanCast is to inspire conversation, create debate and provide ammo for the bloodthirsty nerds who can’t ever be wrong.

It’s March 24, 2020 and the world seems to be in detention as most of us are socially distancing ourselves during the COVID-19 pandemic. Sure, we’re not in our high school library on a Saturday with four other strangers. Yeah, we have modern conveniences to keep us entertained. We’re all in this together, nonetheless. Given the infamous date, and maybe cabin fever, I started to wonder what a modern take on the beloved John Hughes 1984 classic The Breakfast Club would look like 36 years later.

I gave myself some guidelines. All the actors absolutely must be a real teenager at the time of this FanCast. Sorry to anyone looking to see Tom Holland as another high school nerd. Nineteen is my cutoff age. Let’s get to it. 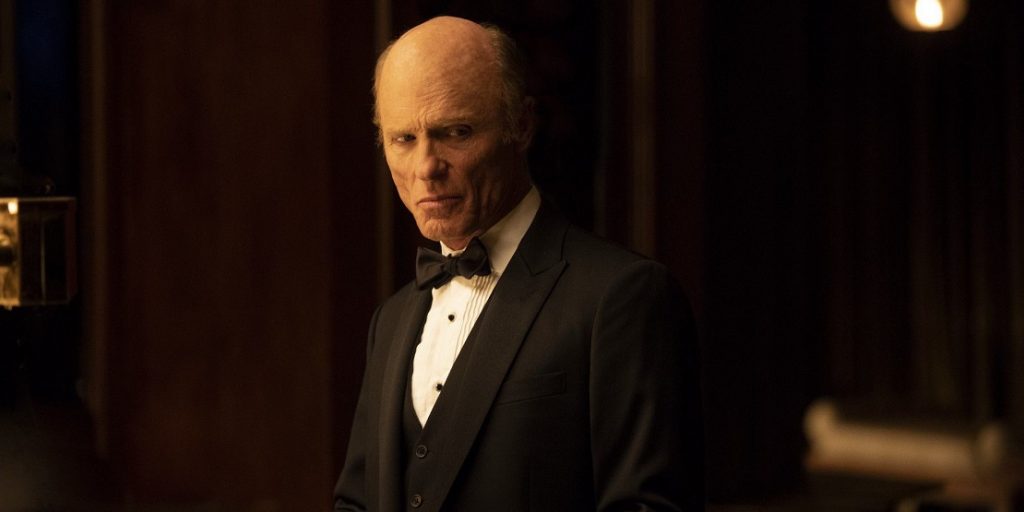 What you might have seen him in: The Truman Show, Snowpiercer, Westworld

Why he’d be perfect for the role: We need someone who can strike fear into the hearts of children. After watching two seasons of Westworld there is no one who does that than Ed Harris. Sure, you can find a ton of mean looking old guys to play this. You can even get J. K. Simmons to reenact his character from Whiplash. There is just something about the way that Ed Harris can sit down across anyone and you completely feel he is in control. Which is exactly why I want to see him lose it against these kids. 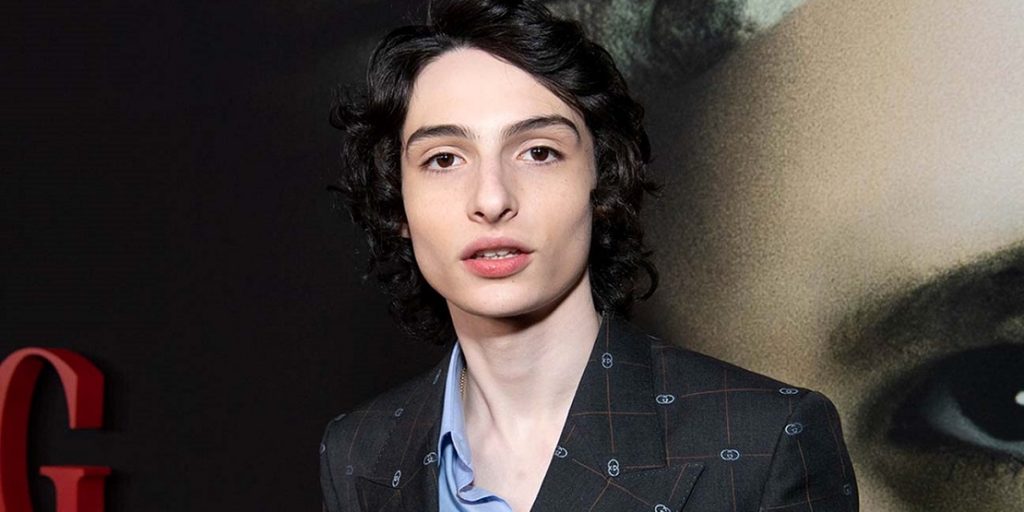 What you might have seen him in: Stranger Things, It

Why he’d be perfect for the role: At only 17, Wolfhard is practically a seasoned vet at this point. After finding success in the horror genre, it would be a sure fit for him to hop on a set with more talented youngsters to play off. He really shines brightest in 2017’s It when he gets to viciously roast his friends. Making him the obvious choice for me to be Dick Vernon’s true nemesis. Not to mention that Wolfhard is also in a band so that bad boy/class clown act could come natural to him. 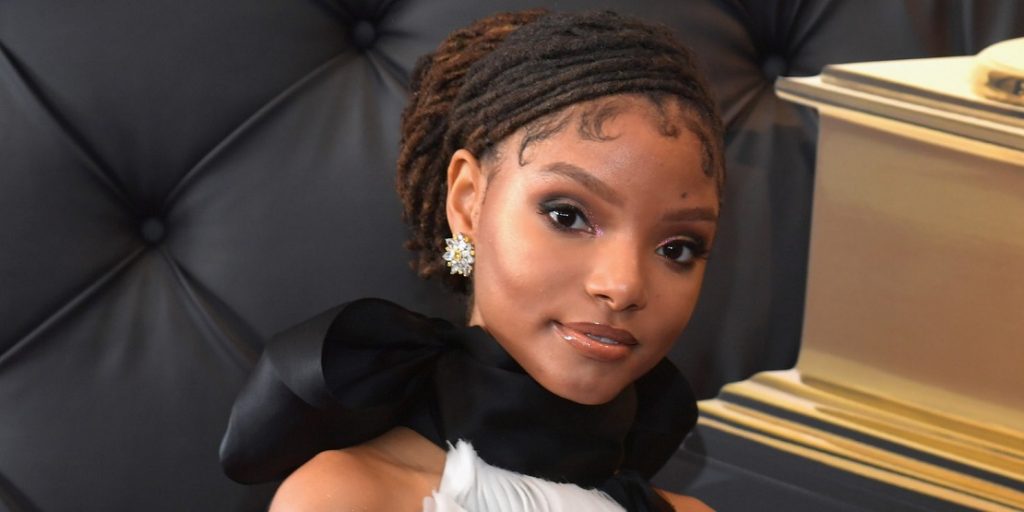 What you might have seen her in: Last Holiday, Grown-ish

Why she’d be perfect for the role: The “Grown-ish” actress and soon to be Ariel in the live action remake of “The Little Mermaid,” barely makes my cutoff limit for this fancast but she is spared by 3 days. I believe Bailey has everything it takes to fill the massive shoes 80s queen Molly Ringwald have left behind. I think she can play the part of the spoiled princess while also selling the pressures of being the “it girl” of the high school jungle. Bailey may have some of the most camera time of the bunch as well coming from an extensive Disney background. Every Disney kid grows up eventually and it would be a nice way to break into more adult projects by tackling such an iconic movie.

What you might have seen him in: Chef, Bad Moms, Replicas

Why he’d be perfect for the role: I probably had the hardest time finding my Andy. I needed someone who was charming, but could also be hot headed. I needed an athlete, but also someone that could sell having a big heart. Anthony has probably the most versatile resume for someone his age. He’s worked on small-budgeted films like Chef to studio comedies like Bad Moms. I’m really banking on this kid having some hidden depth that he is begging to showcase. At minimum he gets to put Finn Wolfhard on the ground. 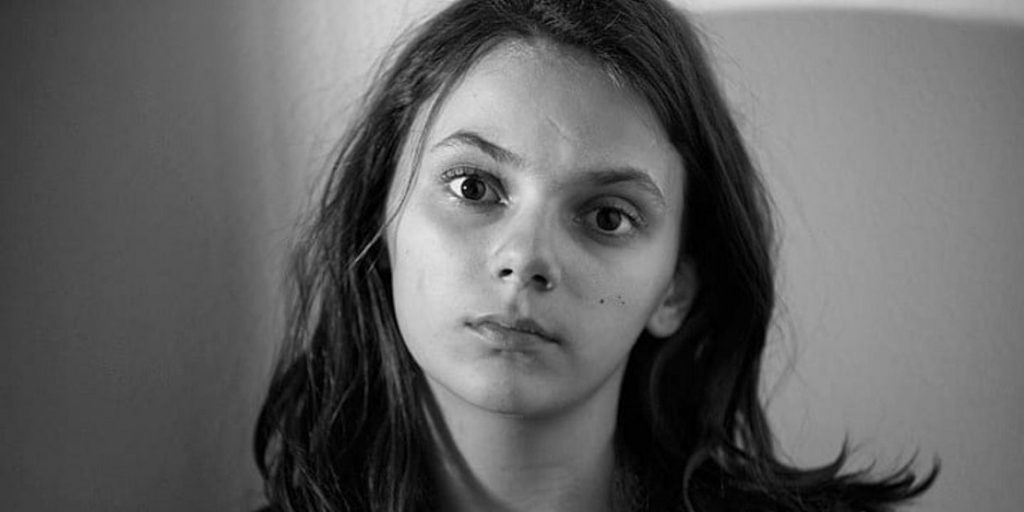 What you might have seen her in: Logan, His Dark Materials

Why she’d be perfect for the role: If Andy was my hardest find, Allison was my easiest. Keen who made a name for herself as the scene stealer Laura in Logan seems to be made for this role. Yeah, okay, in both films Allison and Laura both hardly say anything for the first half of the film, but it’s not always about how you start. Allison who is the quirky, nail biting, compulsive liar is by far the most interesting character in The Breakfast Club. She’s cloaked in mystery. The only person I could think of to play that kind of chaotic energy is Keen. These are all up for debate. Except Dafne Keen as Allison. 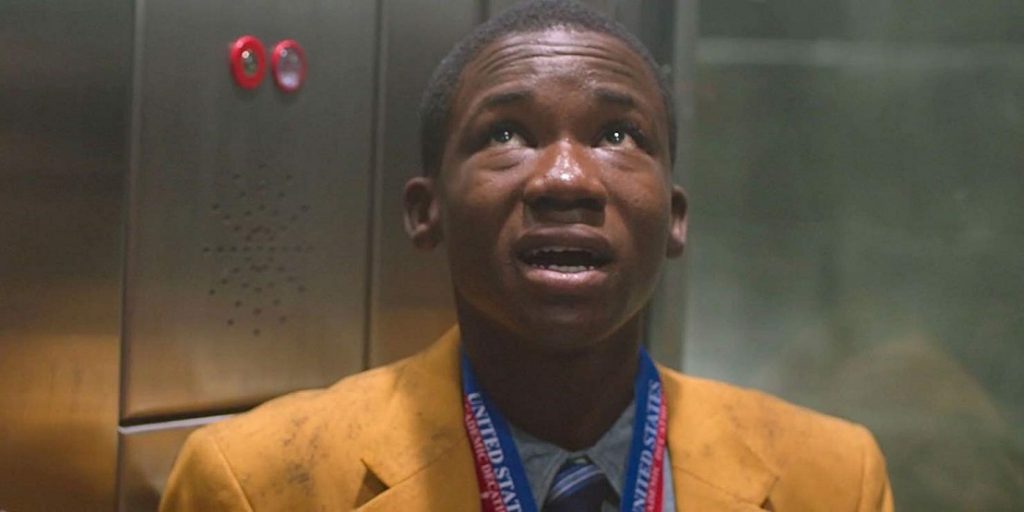 What you might have seen him in: Beasts of No Nation, Spider-Man: Homecoming

Why he’d be perfect for the role: Attah is an incredibly talented young actor who needs a bigger stage to shine. I think the role of Brian fits him well. Brian has a lot to do in the third act with our detainees sitting on the floor telling each other how they ended up there that faithful Saturday morning. There is no doubt that he could give Brian’s story the love and attention it deserves.

What you might have seen him in: Con Air, Spy Kids, Machete

Why he’d be perfect for the role: Why even include Carl? Why Danny Trejo? Because It’s my FanCast that’s why.

There we have it. 2020’s Breakfast Club as cast by yours truly. How do we feel? Are we dancing on tables or are we ripping pages out of books?

Sound off in the comments below with your own modern day The Breakfast Club FanCast!

A guy who probably cares too much about fictional characters and the worlds they inhabit. And his dog. View all posts by Cody Legens