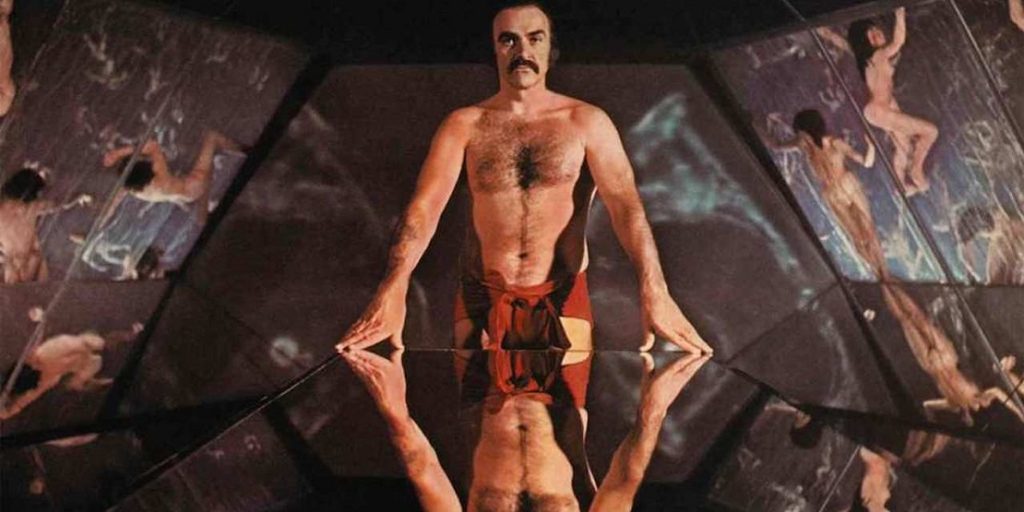 If there was a hall of fame dedicated to  the all time greatest career fuck ups, Sean Connery turning down The Lord of the Rings would be one of the first inductees. It’s understandable why he would turn down The Matrix franchise (those sequels are nothing but Christ metaphors and technological gobbledygook, there’s no way a 69 year old man could figure it out) but his decision to turn down the LotR trilogy ended up costing him approximately 450 million dollars. To put that number into perspective, that’s about 449 million toupees worth of money he turned down. Which is shocking considering the man has worn more pieces than Nic Cage and Burt Reynolds combined.

The reasons he has given for not making the films are that he didn’t understand the script and that he didn’t want to spend 16 months stuck in New Zealand. While the first one is easy to ridicule, the second one makes sense. No offense to New Zealand but spending 16 months of your life in a new country is hard no matter where it is, but I have a theory that neither explanation is true.

After a string of moderate successes in the late 60s, director John Boorman finally hit the jackpot with Deliverance. The film was a triple cherry winner. Critics loved it, audiences loved it, but more importantly, studios loved it. It’s the kind of blockbuster hit that grants a director carte blanche to do whatever they want and Boorman wanted to make a King Arthur movie.

He brought his idea to United Artists and they said they weren’t interested. That should’ve been the end of the story but someone at the studio suggested he take some of his ideas and themes and work them into a Lord of the Rings film. Boorman apparently thought that was a great idea, so he, along with up and coming screenwriter Rospo Pallenberg, set to work creating their own version of J.R.R. Tolkien’s masterwork.

To say that they took some liberties with the source material would be a massive understatement. They condensed a trilogy of novels into a 176 page script that contained–among other things– Frodo and Galadriel getting it on, Gimli having a much bigger role, the ringwraiths riding horses with raw skin exposed, and to top it off The Beatles were set to star. The script isn’t as crazy as Jodorowsky’s Dune but it’s exactly what you’d imagine a 70s produced Lord of the Rings movie being.

But by the time they were done writing the script, United Artists had suffered a series of commercial setbacks and no longer had any interest in making Boorman’s crazy adaptation. His Lord of the Rings was dead but Boorman set his sights on a new endeavor. A film that would eventually be so goddamn bad, I guarantee it made Connery distance himself from every single thing associated with it, including (by association) The Lord of the Rings — Zardoz.

The film has a plot and, while it’s not overly complicated, to list everything that happens in the film beat for beat (while quoting the occasional line of dialogue or describing the costumes) would definitely get you thrown into an asylum. I dare you to go on any type of public transportation and loudly declare:

“THE GUN IS GOOD! THE PENIS IS EVIL! THE PENIS SHOOTS SEEDS TO PRODUCE THE HATED HUMANS! WHILE THE GUN SHOOTS DEATH TO CLEANSE THE EARTH!”

The year is 2293 and Zed (Sean Connery), a barbarian slave, stows away in a gigantic floating head–that vomits out guns and declares penises to be evil– to find the all powerful Zardoz. Zedd finds and immediately kills Zardoz and then finds out that Zardoz is part of a group of immortal psychic aristocrats that take care of a super computer called The Vortex and I swear if I describe anymore of this ridiculous plot, I’m liable to go insane.

This film is an exercise in self-indulgence. It’s evident that Boorman is trying to say something but his message, whatever it is, is buried under pretentious monologues that feel like they last a lifetime and an never-ending onslaught of exposition. This entire film is nothing but world building but the world he’s building is equal parts boring and insane.

This is that rare breed of cult classic that exists as more of a challenge than an actual film. You watch this film to proudly declare that you have survived the experience and at the end of it, you get a “I survived Zardoz and all I got was this lousy T-shirt.”

But the shirt is actually madness and now you’re insane.