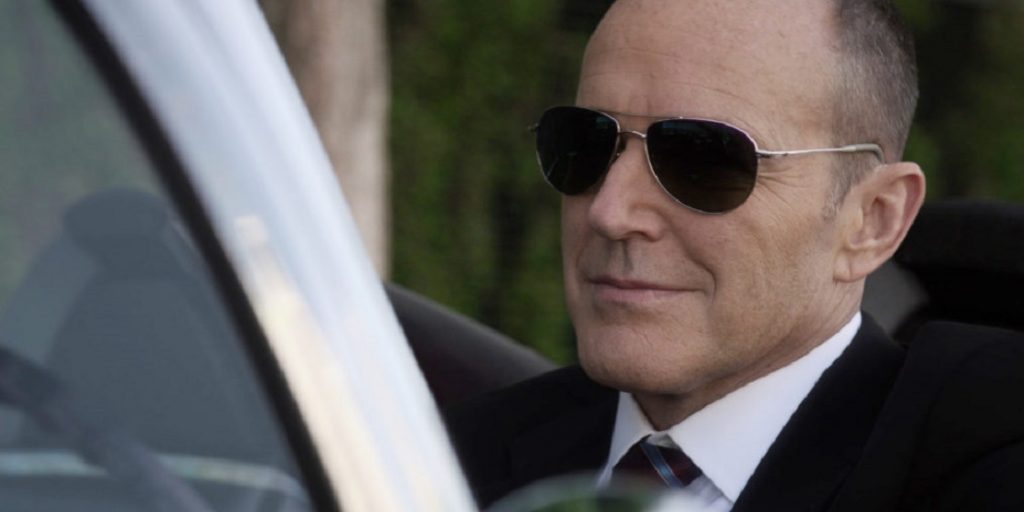 After seven seasons and 136 episodes, Agents of S.H.I.E.L.D. concluded with its two-hour finale titled “The End Is at Hand”/”What We’re Fighting For”. It was an exciting, yet bittersweet ending for Coulson, Mack, Daisy, and the rest of the crew aboard the Waverider.

We watched as they narrowly avoided the clutches of Nathaniel and Sibyl, and reunited with Fitz (who had been stuck on the main MCU timeline). We saw Simmons remember who she was with Fitz, and Deke make the heroic sacrifice to stay behind in the alternated timeline (as a rock god and director of S.H.I.E.L.D.).

But we also saw them together on their last mission. The finale cleverly tied back into the season six finale (a season so forgettable I was glad they sort of refreshed us on what happened), and seemingly wrapped up any loose ends.

And then it jumped forward a year.

Damn, as if seeing everyone gather around like it was an AA meeting wasn’t sad enough we then find out that it was a Framework-like Zoom call. That’s what made the finale feel bittersweet. Even though they all managed to survive the chaos, they never got to all be together in the flesh again. It was basically the equivalent of a high school reunion. There’s always going to be one person who doesn’t make it, so you’re never going to truly be able to relive those glory days.

We saw that in the time skip Mack has settled into his role as Director (and even wears a very Nick Fury trench coat now), Yo-Yo has her own team, May teaches at the Coulson Academy, FitzSimmons has retired to raise their daughter, Daisy has her own space team (and is still dating Sousa), and Coulson has just been taking it easy. Of course, now he’s got an improved Lolo so maybe he’ll drive around the world stopping petty crimes. That’d be pretty cool.

The finale ends the same way the pilot did, with Coulson driving across the sky in Lola. This gave me the idea to watch the very first episode of the series just to see how far S.H.I.E.L.D. has truly come. It was fascinating watching “Pilot” and seeing how babyfaced everyone looked. FitzSimmons were just cutely annoying to each other and Ward was insufferable as he tried his best to be Marvel’s Bond. And Daisy’s acting was just woof. And it just looked like a discount Marvel movie. In contrast, the series finale was the opposite. FitzSimmons’ relationship, which had evolved over the seasons, reached a satisfying conclusion with the reveal that they lived a normal marriage and had a child. Grant Ward went from being a bland spy to one of the series’ best villains. (Surprisingly, the pilot features subtle hints at Ward’s later HYDRA reveal unbeknownst to all involved at the time.) And Daisy evolved into the show’s main superhero. The series truly morphed into its own thing, dropping the MCU connections in favor of building their own.

Agents of S.H.I.E.L.D. was always on the brink of cancellation each season, but managed to outlast all the other series set in the MCU. It was the last show I actually bothered to keep up with weekly when it was airing on TV, and it feels weird now that it’s over. I hope we get to see some characters like Coulson, Daisy, and Mack crossover into the films (perhaps through Nick Fury and SWORD), but if we don’t then at least the finale left us with enough fodder to image countless future adventures with this team.

What did you think of the series finale? Who were some of your favorite characters throughout the series’ seven seasons?