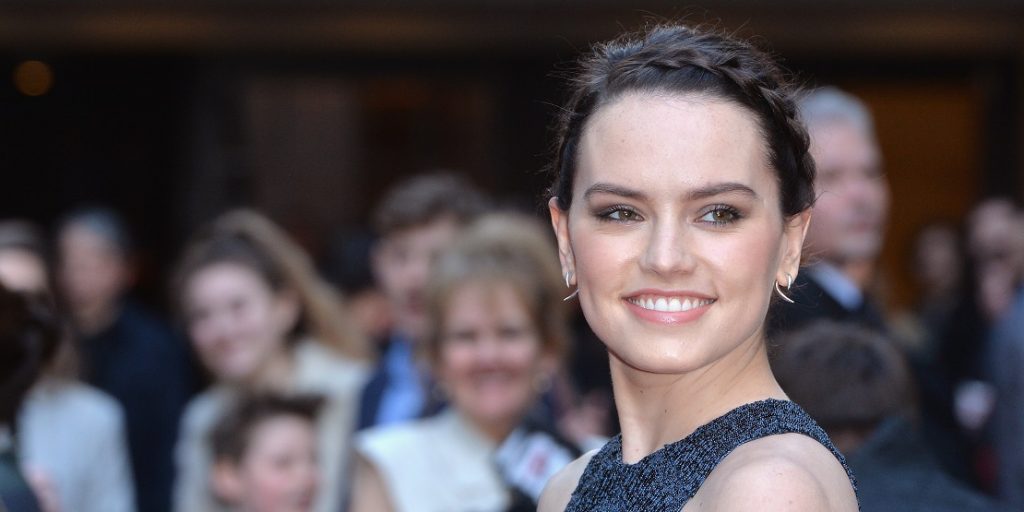 I am already sold on this concept from the headline alone.

Daisy Ridley. Murder Mystery. Ready or Not filmmakers. Oh, I hadn’t mentioned that part yet.

That’s right, Ridley is in talks to star in The Ice Beneath Her, described as a Girl with the Dragon Tattoo/Gone Girl hybrid. Radio Silence (Matt Bettinelli-Olpin, Tyler Gillett, and Chad Villella), the trio behind Ready or Not, is attached to helm the murder mystery.

Caitlin Parrish (Under the Dome, Supergirl) has written the screenplay which is based on the novel of the same name by Camilla Grebe. Here’s a detailed synopsis:

Winter’s chill has descended on Stockholm as police arrive at the scene of a shocking murder. An unidentified woman lies beheaded in a posh suburban home—a brutal crime made all the more disturbing by its uncanny resemblance to an unsolved killing ten years earlier. But this time there’s a suspect: the charismatic and controversial chain-store CEO Jesper Orre, who owns the home but is nowhere to be found.

To homicide detectives Peter Lindgren and Manfred Olsson, nothing about the suave, high-profile businessman—including a playboy reputation and rumors of financial misdeeds—suggests he conceals the dark heart and twisted mind of a cold-blooded killer. In search of a motive, Lindgren and Olsson turn to the brilliant criminal profiler Hanne Lagerlind-Schön. Once a valued police asset, now marooned in unhappy retirement and a crumbling marriage, she’s eager to exercise her keen skills again—and offer the detectives a window into the secret soul of Jesper Orre.

But they’re not the only ones searching. Two months before, Emma Bohman, a young clerk at Orre’s company, chanced to meet the charming chief executive, and romance swiftly bloomed. Almost as quickly as the passionate affair ignited, it was over when Orre inexplicably disappeared. One staggering misfortune after another followed, leaving Emma certain that her runaway lover was to blame and transforming her confusion and heartbreak into anger.

Now, pursuing the same mysterious man for different reasons, Emma and the police are destined to cross paths in a chilling dance of obsession, vengeance, madness, and love gone hellishly wrong.

There is no word on who Ridley is playing, but based off the synopsis there seems to be only two possibilities. She is either playing Emma Bohman or Hanne Lagerlind-Schön. If she plays Bohman this will be a one-and-done deal similar to her Murder on the Orient Express role. However, if she’s playing Lagerlind-Schön then she might have another franchise on her hands. The character has already appeared in another book from Grebe titled After She’s Gone.

Now Lagerlind-Schön is depicted as an older woman in the novels which means the character would have to be younger for Ridley to play her. This is why most people are leaning towards her playing Bohman. I wouldn’t mind seeing Ridley headline another franchise, but maybe she wants to take a bigger break post-Star Wars before jumping back into a franchise.

As for Radio Silence? I am all for their involvement in this film. I loved Ready or Not and cannot wait to see their next project (whether it is this or the Scream reboot). The thought of them tackling a murder-mystery is just too good. I really hope this comes together within the next couple of years so I can watch this as soon as possible.

What are your thoughts on Daisy Ridley headlining another potential franchise so soon after Star Wars? Are you excited to see Radio Silence tackle a murder mystery?