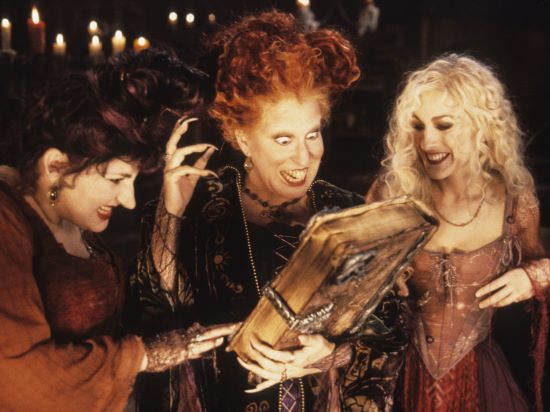 Collider is reporting that the soon to debut Disney+ streaming service is planning to “put a spell on you” (I had to do it) when it releases Hocus Pocus 2 onto an unsuspecting populace. Jen D’Angelo will be penning the further mishaps of the Sanderson Sisters; casting has not been announced, though original cast mates Bette Midler, Kathy Najimy and Sarah Jessica Parker have expressed interest in reprising their rolls as Winifred, Mary and Sarah respectively.

Let’s be honest here, the original Hocus Pocus was released in 1993 to a mild response, however it has gained a near cult-like following ever since. I mean who doesn’t want to hear Bette Midler call out for her spell book or watch Sarah Jessica Parker say “Amok! Amok! Amok!” over and over? Doing a sequel 26 years after the original, what could go wrong? Everyone will be watching this during Halloween, I’m sure. Maybe this is a Sanderson Sister trap? Don’t drink the potion Max!!!!!

No release date has been given for Hocus Pocus 2. The Disney+ streaming service is set to “swallow your soul” (oops, wrong movie) starting November 12, 2019.

Who’s ready for more Hocus Pocus?? Sequel or prequel? Chat about it below!