Down the Tubes is a (semi) regular feature where we, the SAW staff, share our favorite movie-related videos with the Wasteland.

Tonight’s Monsoon Vision is the 1992 Rutger Hauer post apocalyptic horror sci-fi film Split Second. In honor of that, I thought Oliver Harper’s Retrospective would be a great companion video for anyone interested in background info on this nearly-lost classic genre film. I say nearly-lost because a week or so ago it was announced that Split Second would be getting the HD treatment for the first time ever in an MVD Rewind collector’s edition of the film, due out August 11th, 2020. I’ve already pre-ordered my copy, but you can catch the film on Amazon Prime right now.

If you’re planning on joining us tonight to watch Split Second, I would save this video for afterwards, because Harper typically does a good bit of summarizing before delving into all the juicy background info on the movie. There will undoubtedly be spoilers. If you don’t care about that, hit play and let us know what you think in the comments!

Don’t forget to join us to watch Split Second tonight on Monsoon Vision at 9PM CST! 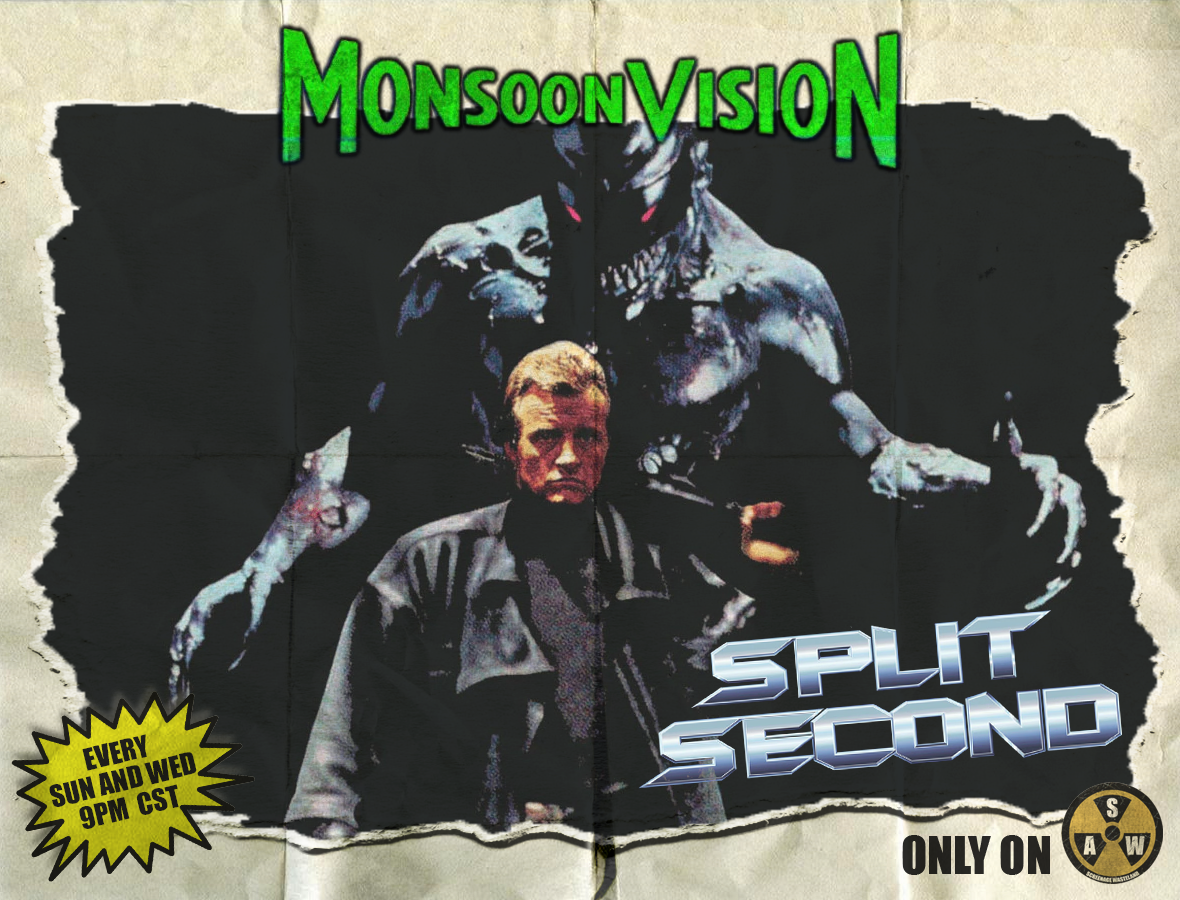