It’s Mads Mikkelsen’s birthday! To mark the occasion, here are 5 of his overlooked or lesser-known performances. Check some of these out!

Set in 18th century Denmark, Mikkelsen plays Johann, the royal physician to King Christian VII of Denmark. In an epic saga of love and politics, the King has started to go a little crazy. One of the main reasons for this is the romantic tension between his wife Caroline (Alicia Vikander) and his royal physician. The chemistry between Mikkelsen and Vikander is off the charts, as the inevitable rise and fall of their revolution plays out. The set up might sound a bit stale but with terrific performances and beautiful visuals, it’s one of this decades underappreciated gems. 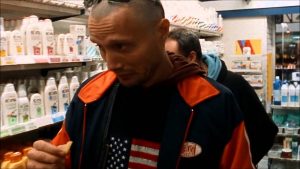 Nicolas Winding Refn’s electrifying directorial debut stars Kim Bodnia and a shaven-headed Mikkelsen in his first on-screen appearance. It’s a dark and gritty affair as the hapless duo get caught up in shady deals with drug dealers who are clearly out of their league. Made on a shoestring budget, it features lots of violence and has a building tension to keep you on edge throughout. A fascinating glimpse of Mikkelsen in his early days, before his rise to stardom.

Westerns are a dying breed currently, but The Salvation proves they still have a place in modern cinema. Mikkelsen plays Danish immigrant Jon, who incurs the wrath of ruthless land baron Delarue (Jeffrey Dean Morgan). Best known for playing Negan in The Walking Dead, Morgan again shows us he can portray a heinous villain. The first thirty minutes set the scene efficiently and has us firmly routing for Jon in his quest for vengeance as we witness just what a lawless society he is living in. A stylish production and with a runtime of just over ninety minutes, it doesn’t outstay its welcome. 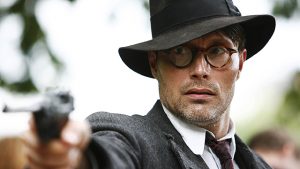 Based on actual events during World War II, Flame and Citron is centred around Citron (Mikkelsen), who along with his partner Flame, is trying to assassinate Nazi collaborators as part of the Danish resistance. Cue lots of shady deals, murders and double agents. Mikkelsen sports stubble and a constant sheen of sweat throughout, as the situations the pair find themselves in intensify. It’s a little rushed at times and would probably have worked better as a mini-series, but it’s still a gripping watch and comes highly recommended.

Set in a small Danish village, The Hunt follows local kindergarten teacher Lucas (Mikkelsen). He lives a quiet life, until one day a young pupil accuses him of something abhorrent and his world is turned upside down. We watch on as mass hysteria sets in, with trust and friendship disintegrating. Meanwhile, Lucas pleads desperately for his innocence. Through it all Mikkelsen gives one of the best performances in recent memory. The way he expresses pain and disbelief is simply on another level. It’s no surprise he won the award for best actor at the 2012 Cannes film festival. An unsettling film, but one that is essential viewing.

What are some of your favourite films to feature birthday boy Mads Mikkelsen?