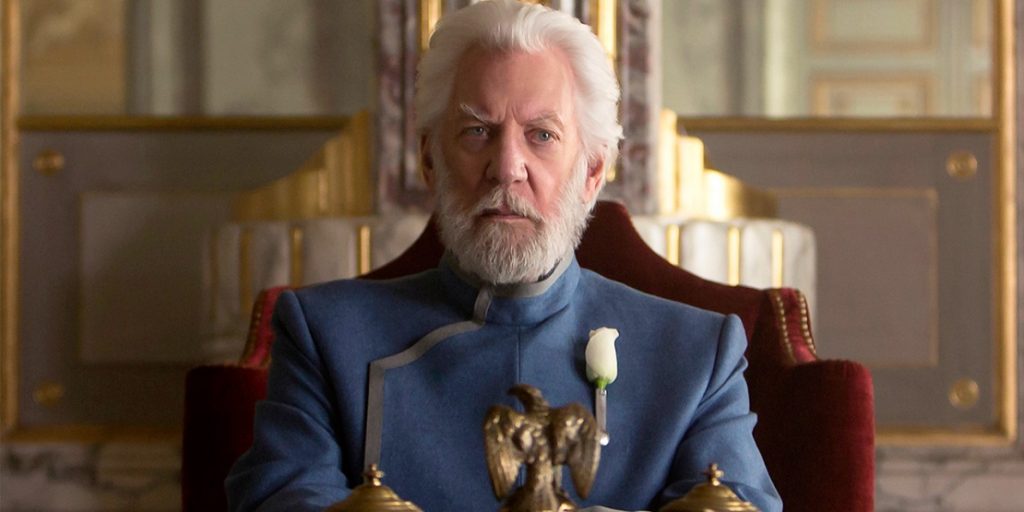 Last year, we reported that Lionsgate was developing an adaptation of the upcoming Hunger Games prequel novel. Well Collider has since confirmed that the prequel is officially in the works at the studio.

Titled The Ballad of Songbirds and Snakes, the prequel will focus on the early days of President Coriolanus Snow. Only 18-years old, Snow is “handsome and charming, and though the Snow family has fallen on hard times, he sees a chance for a change in his fortunes when he is chosen to be a mentor for the Tenth Hunger Games… only to have his elation dashed when he is assigned to mentor the girl tribute from impoverished District 12.”

Francis Lawrence, who directed Catching Fire and both parts of Mockingjay, is returning to direct the prequel. Michael Arndt, who co-wrote Catching Fire under a pseudonym, is writing the screenplay. This is a good starting combination as Catching Fire is easily the best installment in the series.

“Suzanne’s new book has been worth the wait. It offers everything fans could hope for and expect from The Hunger Games while also breaking new ground and introducing an entirely new canvas of characters. The Ballad of Songbirds and Snakes is creatively thrilling and takes this world to complex new dimensions that open up amazing cinematic possibilities. We’re thrilled to reunite this filmmaking team with this very unique franchise, and we can’t wait to begin production.”

“Lionsgate has always been the cinematic home of The Hunger Games, and I’m delighted to be returning to them with this new book. From the beginning, they have treated the source material with great respect, honoring the thematic and narrative elements of the story, and assembling an incredible team both in front of and behind the camera. It’s such a pleasure to be reuniting with Nina, Francis, and Michael to adapt the novel to the screen, and having them share their remarkable talents, once again, with the world of Panem. I look forward to collaborating with them and all at Lionsgate as we bring The Ballad of Songbirds and Snakes to theaters worldwide.”

There is a good chance that The Ballad of Songbirds and Snakes won’t be a one-off prequel and will actually set the stage for a whole run of movies focusing on young Snow as we watch him turn into the charismatic, yet evil President. If Warner Bros. can have their Harry Potter prequel series then there is no reason why Lionsgate can’t have their Hunger Games one! Now if Disney/Fox can just get it together and properly adapt Percy Jackson I will be a happy man.

Do you think a Hunger Games prequel is necessary? Will you watch? Who should be cast as a young President Snow?