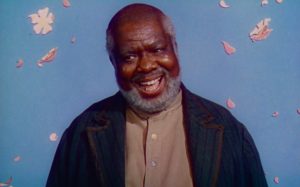 Based on a series of novels by Joel Chandler Harris, Uncle Remus is a kindly old freedman who serves as a story-telling device, passing on the folktales like the traditional African griot to children gathered around him. Since the stories were written in an eye dialect devised by Harris to represent a Deep South Negro dialect, the character, along with the novels and the film adaptation, have been labeled racist. So racist in fact, that Disney refuses to release the film to this day. Now, I’m not here to try and defend the character nor am I claiming its detractors are wrong but I will defend the performance.

The film maybe misguided and the character horribly outdated but James Baskett’s performance is more than a racist stereotype. But more importantly, it’s historic as its the first Oscar awarded to an African American Male performance. Shelving this film might be the right decision in the long run, but in my opinion, it should just be released with a disclaimer because art, no matter how controversial, should never be censored. Especially if it contains a performance as good and as important as Baskett’s. 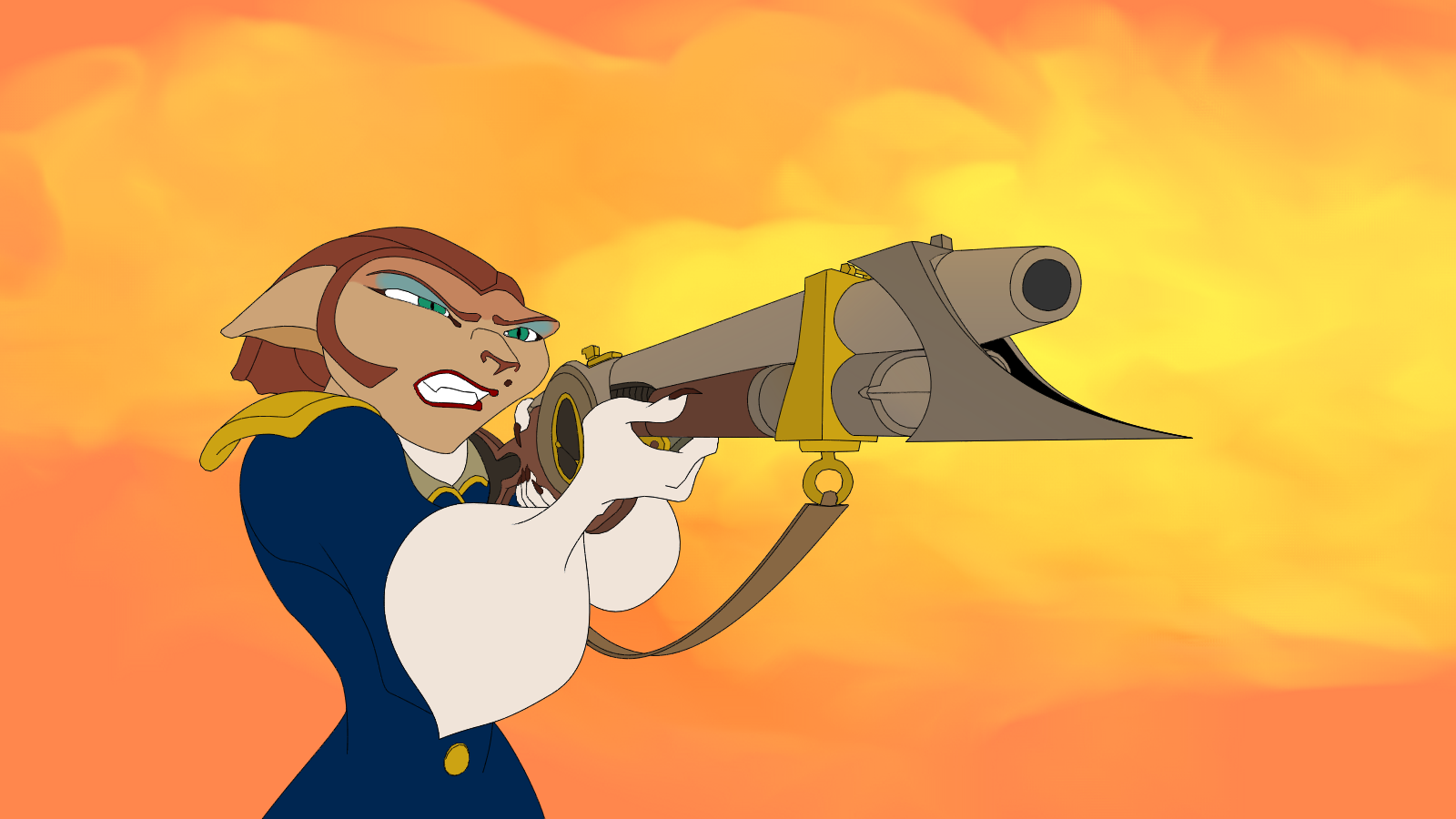 Serving as the film’s version of Captain Alexander Smollett, Captain Amelia (Emma Thompson) is one of, if not the best change this film makes over the source material. Smollett, while crucial to the story, is almost completely forgettable. I bet you didn’t even know that Captain Amelia and Kermit the Frog in Muppet Treasure Island are supposed to be the same character. Largely forgotten due to him being completely unmemorable, he’s always taken a backseat to John Silver and Jim Hawkins and while that’s definitely true for the novel and every iteration of the story, the same cannot be said about this version. Quick-witted, fast-talking, and strong-minded, Amelia commands the R.L.S. Legacy with an iron fist. Through exceptional leadership and a no-nonsense attitude, she demands loyalty and respect from her crew and gets it. Until everyone decides to mutiny, kill her and take her ship but hey, no one’s perfect. 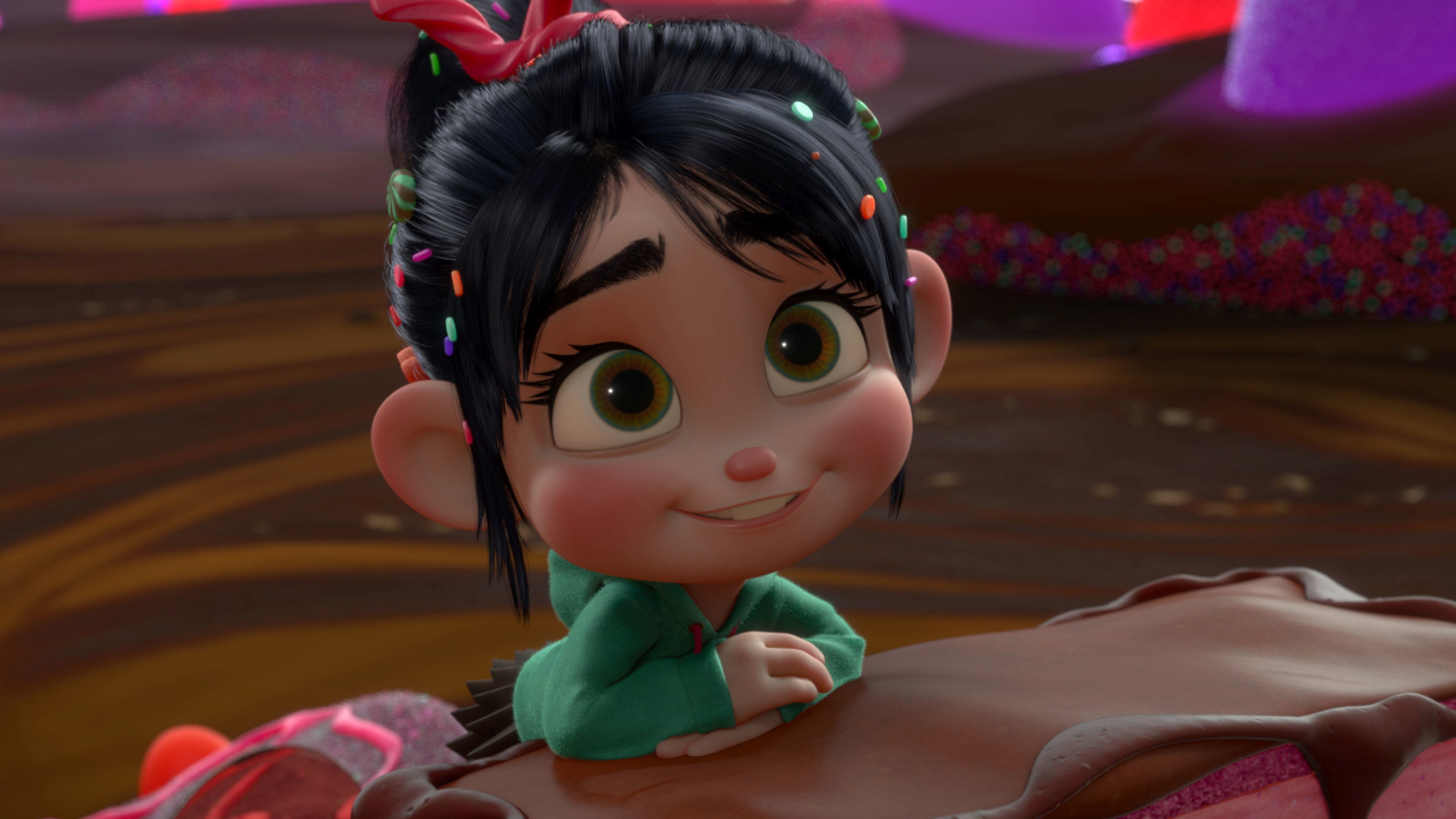 Vanellope, along with Giselle (from Enchanted) and Sofia the First (from the cartoon of the same name), make up a triumvirate of unofficial Disney princesses. Ariel’s sisters count too I guess but nobody gives a shit about them. Why they’re not included is anyone’s guess (it’s rumored that Giselle isn’t in the roster simply due to the studio not wanting to pay Adams royalties forever) but I have a hunch that Vanellope (Sarah Silverman) didn’t make the cut due to her being sassy and not having a love interest. It could also be that she’s way younger than the rest but I’m going to stick to my theory that she’s too real for Disney. She doesn’t like wearing dresses, she ain’t looking for no prince and she’s got ‘tude. Simply put, she’s too cool for the Disney Princess Club. 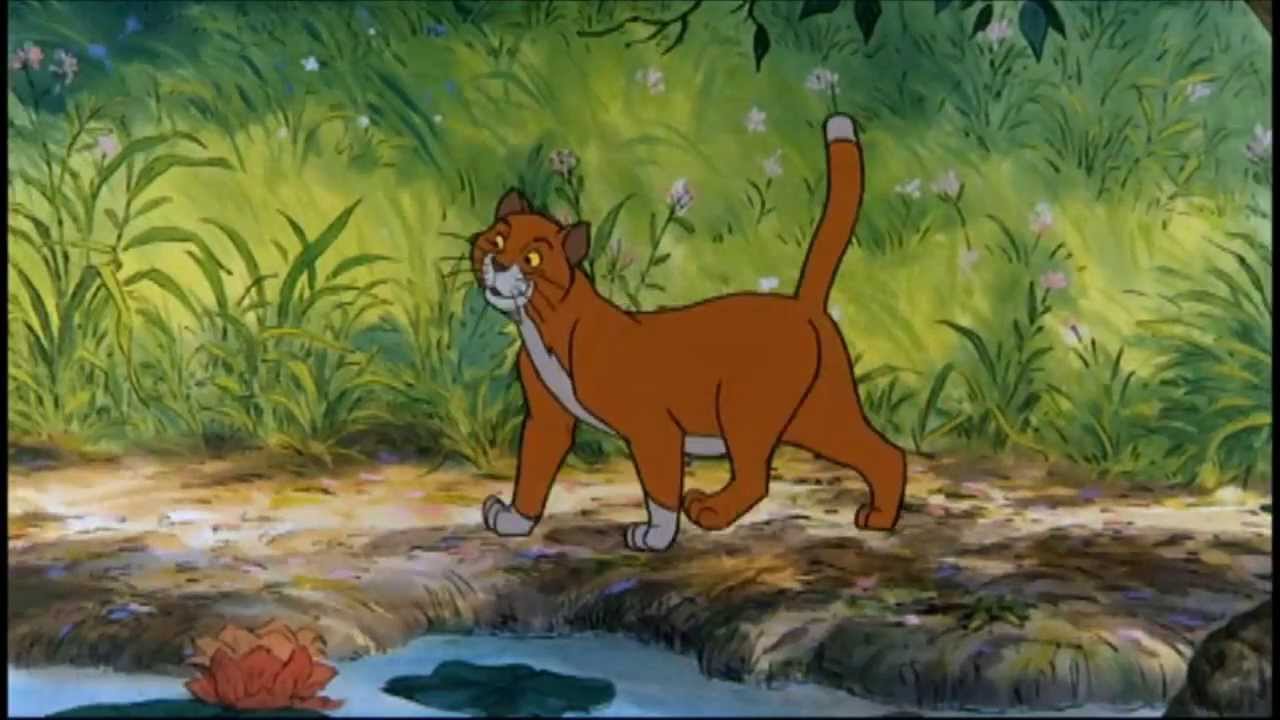 A smooth-talking, street smart alley cat with a name that’s a mouth full (abraham DeLacey Giuseppe Casey Thomas O’Malley), Mr. O’Malley (Phil Harris) is a care free kitty who decides to give up his life of no rules and no responsibilities when he meets  Duchess (Eva Gabor). Immediately love stricken, Thomas does everything in his powers to woo and impress the female feline, including taking her to jazz clubs and even begrudgingly accepting her children. He has absolutely no desire to be a father but when her children are kidnapped, he immediately has a change of heart and risks his life for them. His character arc is a bit cliche but since he’s such a cool ass kitty, it’s never an issue. 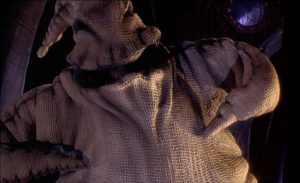 A sentient burlap sack filled with insects with a penchant for gambling, Oogie Boogie (Ken Page) is probably the weirdest depiction of the Boogeyman in the history of cinema. His motivations are never made clear nor is it ever explained how he came into possession of his three not-so-loyal henchmen Lock, Shock, and Barrel but my guess is that during the rest of the 364 days, Halloween Town is just a town. Complete with a Mayor, a doctor and a casino. I don’t think Oogie Boogie created that death trap casino for his own amusement, I think it’s the town’s actual casino. Which makes me wonder if all the other holidays have casinos as well and what they look like. 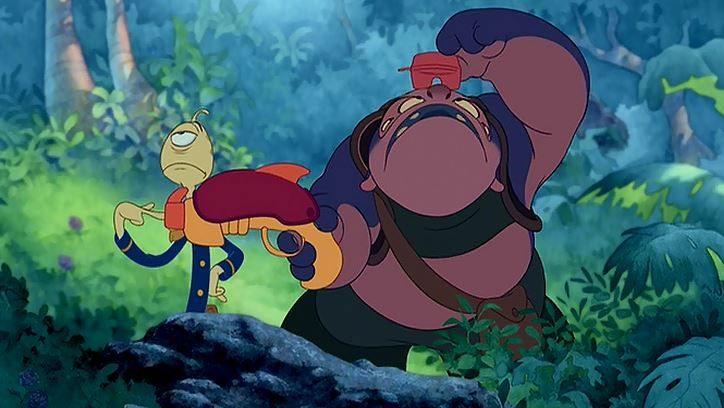 Tasked by the Galactic Counsel to track down and capture experiment 626 (otherwise known as Stitch) after it escapes confinement and heads to Earth, the evil scientist responsible for its creation, Dr. Jumba Jookiba (David Odgen Stiers) and an expert on the planet named Wendy Pleakley (Kevin McDonald), must begrudgingly team up in order to detain the horrible little monster. Comically mismatched, with one being smart but hilariously inept and the other being dumber than a box of hammers, the two constantly bumble their mission at every turn. Eventually the pair become friends with Stitch and even join his “ohana”, which creates even more opportunities for comical misadventures. 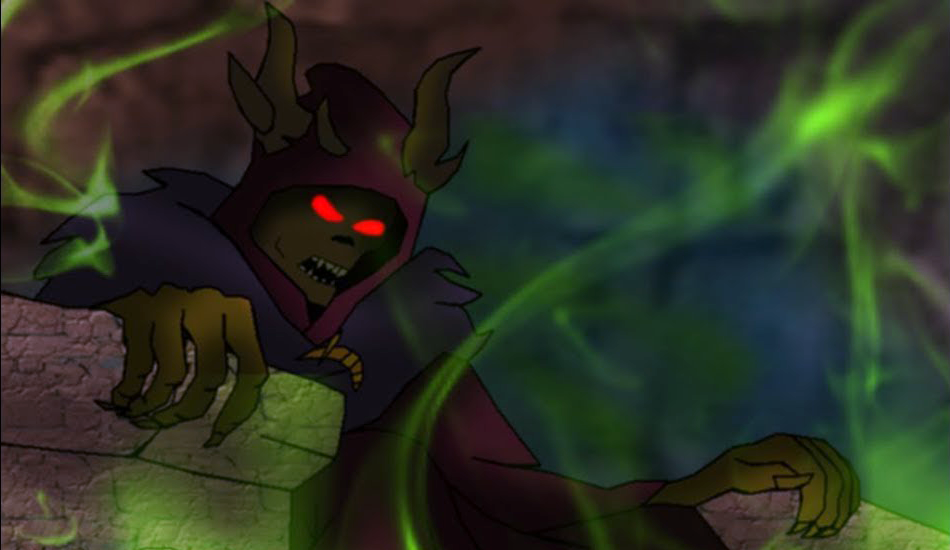 Arguably the least active villain in cinema history, the Horned King (John Hurt) does almost nothing throughout the entire film. He raises some skeletons and has little monologue. That’s it. I don’t even think he physically moves but he isn’t on this list because of his goal or motivations. Nobody remembers him because of what he does but because of what he looks like. He is the very definition of kinder trauma. One look at him and you were most likely scarred for life. He is unquestionably the best thing about the film and odds are, the only thing you remember about the film. 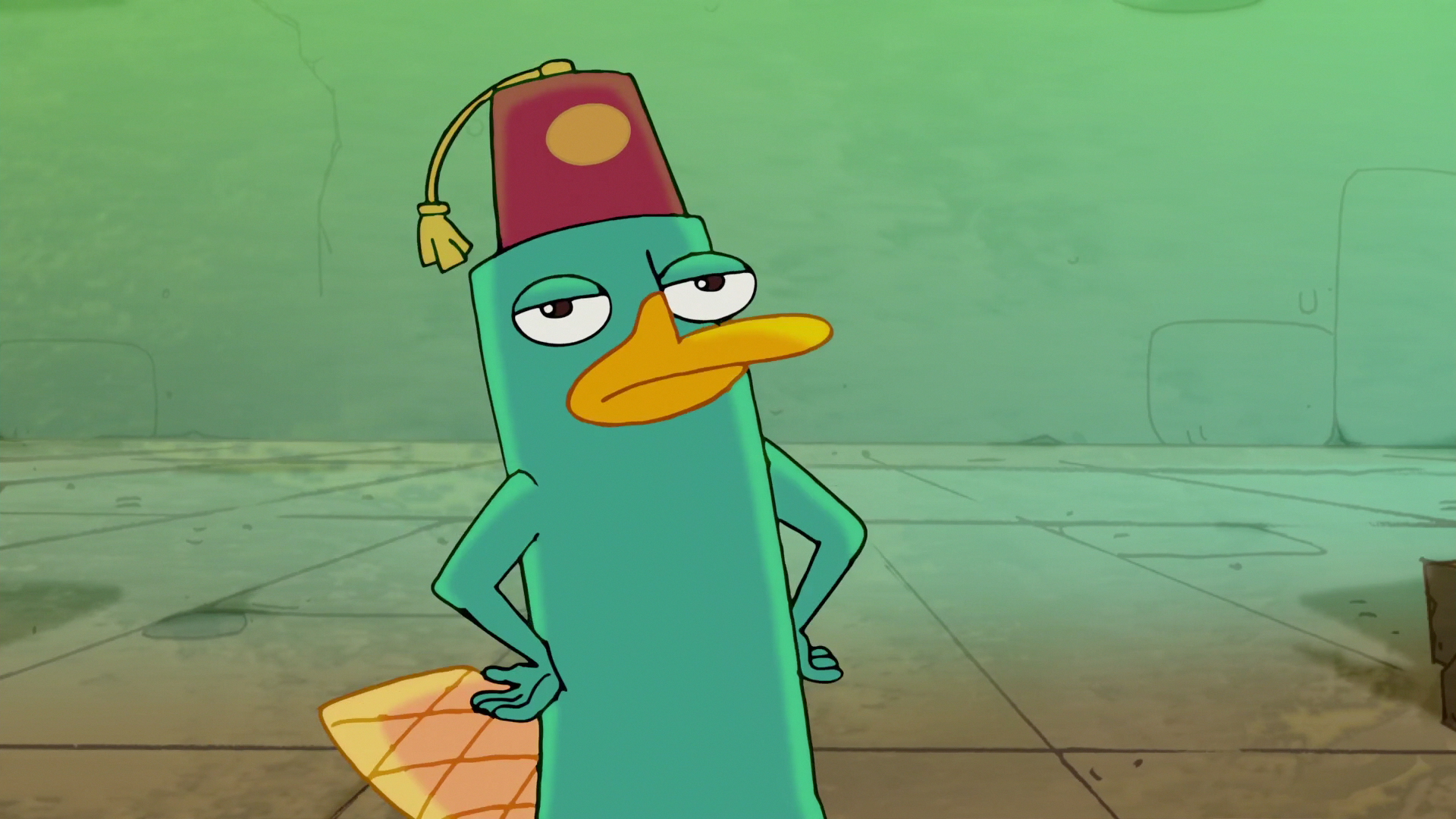 Unbeknownst to Phineas and Ferb, Perry, their pet platypus, lives a double life as a secret agent for the O.W.C.A. (The Organization Without a Cool Acronym a.k.a. “The Agency”), a top secret organization made up of animal spies. Codenamed Agent P, his job is to eliminate super villainy, most notably his nemesis, Dr. Doofenshmirtz (Dan Povenmire.) Designed as a filler character to breaks up the song and dance shenanigans of Phineas and Ferb with some James Bond type action, Perry the Platypus is an obvious ploy to get slightly older kids to watch a show aimed at youngsters and to pad the length of episodes but since his segments are the best parts of the show and because he’s just so darn cute, it doesn’t matter.

Down in the Vanellope entry, I stated that she was among a triumvirate of unofficial princesses and the more Disney savvy among you called bullshit immediately. Because any Disney fan worth their salt, knows that Kida Nedakh (Cree Summer) is not only a Disney princess but is the best Disney princess. I intentionally left her out to preserve the surprise and because honestly, I just wanted an excuse to use the word triumvirate. I didn’t even use it correctly, that’s how desperate I was to wedge it into a sentence. Anyhoo, Kida is among the only Disney princesses that isn’t a damsel in distress nor does she sing a single song about love. She’s a badass warrior princess that gets shit done and doesn’t wear a dress not one time. Which is probably why Disney refuses to acknowledge her existence. 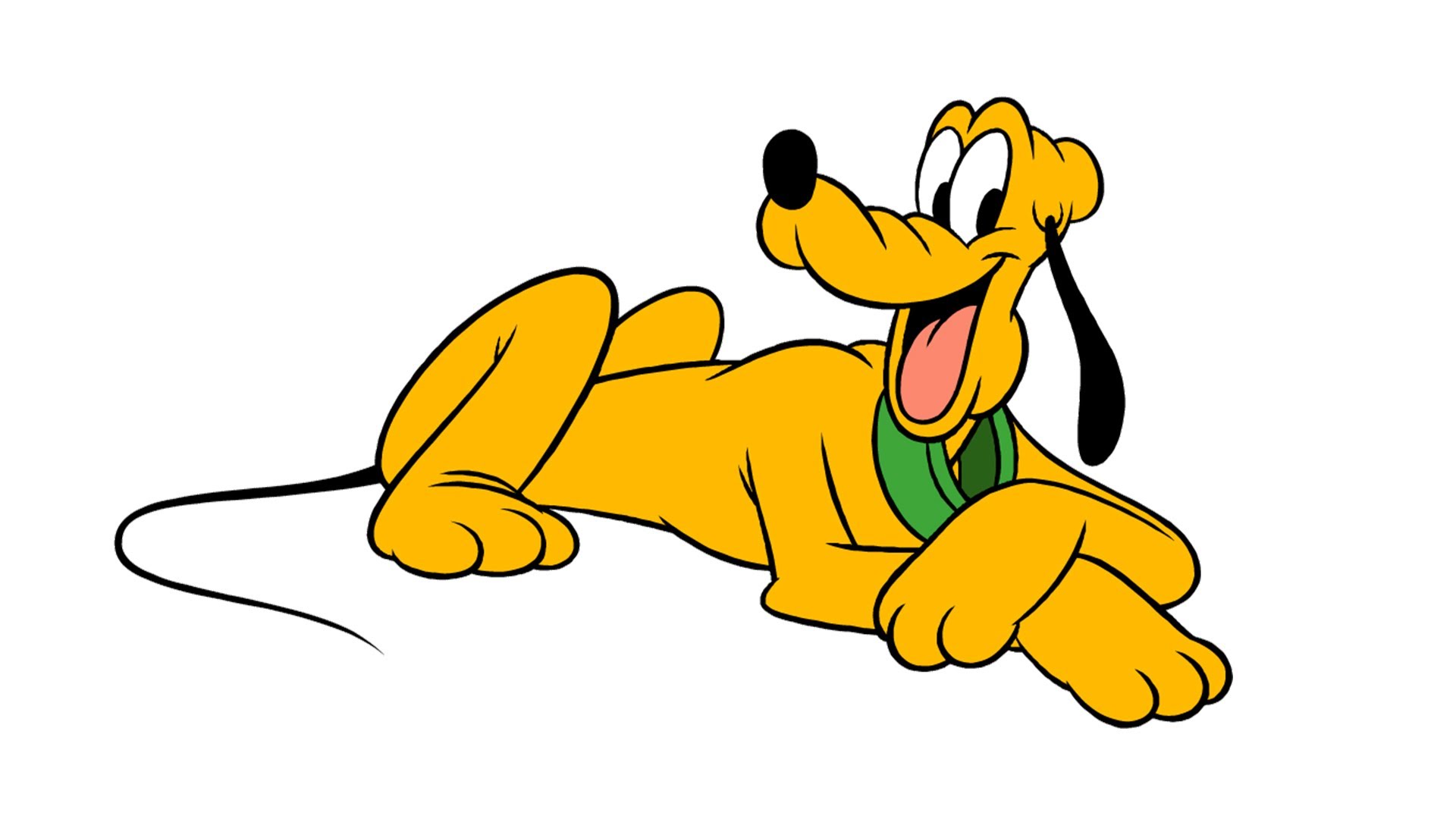 Predating both Donald and Goofy, Pluto is one of the oldest and most beloved Disney characters. One of the only non anthropomorphic characters within the Mickey Mouse universe, Pluto is a dog that acts like a dog, which is so rare and makes so little sense, that it’s created a can of worms no one’s ever figured out to this day. Goofy is a dog that acts like a man and Pluto is a dog that acts like a dog — how in the hell does that work? Although he’s a dog through and through, that didn’t stop him from becoming so popular in the early 30s, that he was stealing more and more of the spotlight away from Mickey until the studio decided to just give him his own series of cartoons. Which were predictably as successful as Mickey’s. Although his popularity has since waned, he’s been a household name for 90 years. Which is pretty impressive for a character created with the sole purpose of barking at Minnie Mouse’s cat.