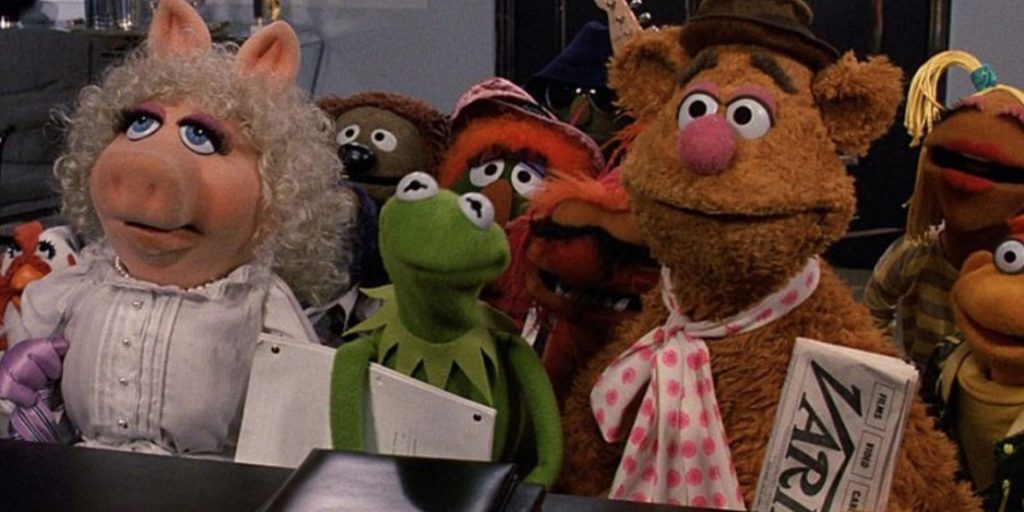 I miss The Muppets. And not the watered down Disney version of the Muppets (although an argument can be made for the recent short lived ABC series). I’m talking about the classic Muppets, the Sesame Street for adults.

Ever since Disney purchased them, the characters have become too wholesome and clean. I liked it when the Muppets weren’t afraid to crack some more risque jokes.

Back in 2019, it was announced that Josh Gad and Once Upon a Time creators Edward Kitsis & Adam Horowitz would be creating a new television series for Disney+. Titled Muppets Live Another Day, it was set immediately following the events of The Muppets Take Manhattan in 1984 (which spoiler, is my favorite Muppets movie).

Well, for some reason the series was scrapped before production could begin. But thankfully, Gad has released a page and half from the first episode’s script which teases a scene between Rowlf and Steve Martin. You can view the scene below on Gad’s Instagram:

To hopefully brighten your quarantined Tuesday, here’s an excerpt from our unproduced #MuppetsLiveAnotherDay project which was set in the early 80’s. Hope this brings a needed smile to your face. The script, written by me, @adamhorowitzla and Eddy Kitsis was truly one of the most fun things I’ve ever had the honor of working on. Hope to share the whole thing with you all one day! Scroll though.

Fact: Steve Martin improves any project. I love the banter between Rowlf and Martin, and the visual gags. This brief excerpt of the script has everything that a Muppets project should have in it. It just feels like a Muppets script.

Muppets Live Another Day was to begin with the gang having been disbanded by Kermit after the poor reception to their Broadway show (from Muppets Take Manhattan). Apparently, Rowlf goes missing and that sends Kermit and the whole gang off to look for him. Could his disappearance be tied to being dropped from the Three Amigos? Damn you, Martin Short! *angrily shakes fist*

I definitely want to see the full script for this shelved project. Hopefully the fans head to Twitter to show their support for the Muppets and get this project revived. The last thing I want to see happen is the Muppets being forgotten.

Oh, and while I’m at it, hey Disney, can you make The Muppet Show available on Disney+? Or at least come out with a box set of the complete series? Thanks.

Do you think the Muppets have a future in modern Hollywood? Did Muppets Live Another Day sound interesting to you?