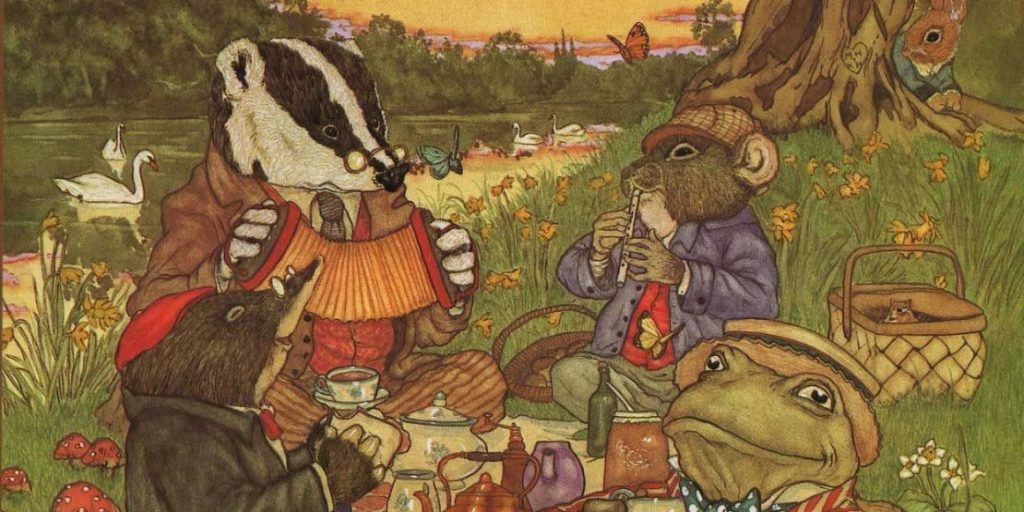 An adaptation of The Wind in the Willows has been in the works for close to a decade at Peter Jackson‘s WETA Workshop. When it was first announced, the plan was to use advanced animatronics to bring Mole, Rat, Road, and Badger to life. However, it’s now 2020 and that’s not how we go about bringing animals to life anymore.

WETA Digital is now working on The Wind in the Willows movie. They will create the four animals with computer animation. Ray Griggs is still signed on to direct, but Downton Abbey creator Julian Fellowes is now on board to write the movie.

Variety reported the news. This comes four years after Fellowes wrote a musical version of Kenneth Grahame’s classic novel. There’s no word on if Fellowes plans on adding some musical elements into the upcoming adaptation.

The Wind in the Willows follows “the escapades of Mole, his friend Water Rat, shy Badger, and Toad of Toad Hall … through the seasons as they sail the river, get lost in the Wild Wood, take off on a merry adventure in Toad’s colorful carriage, and rescue Toad Hall from a band of nasty marauding weasels.”

Producer Gerald R. Molen had this to say on the news:

“We are finalizing some of the finest actors to lend their creative and vocal talents. We could not have dreamed of a better writer and creative force than Julian Fellowes to work with Ray Griggs to bring to life the classic English novel’s characters, nor finer visionaries than Weta to capture the look and feel of Grahame’s world. We have all the right pieces to create what will prove to be the definitive adaptation of Kenneth Grahame’s classic.”

I’ll be interested in hearing who they manage to snag for the voices of Mole, Rat, Toad and Badger. For some reason, I feel like they’ll all be British.

Do you think audiences will eat up a Wind in the Willows adaptation? Or is this a future box-office bomb?