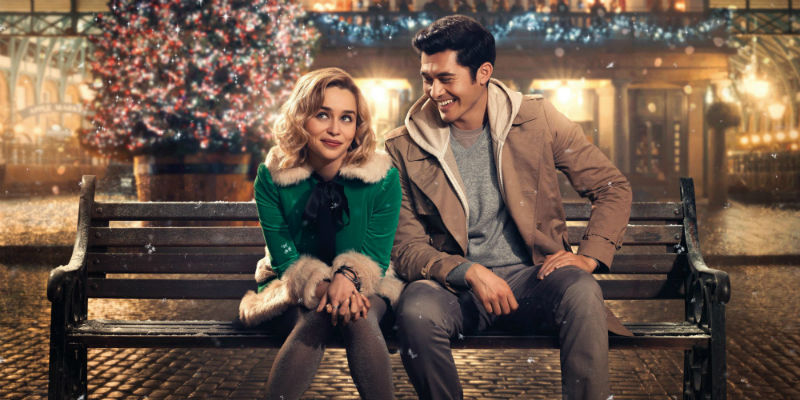 The holiday season is officially upon us, and with turkey and commercials for expensive cars with big red bows is the never-ending barrage of holiday romances. Thanks to the combination of Paul Feig, Emma Thompson, and Henry Golding, Last Christmas quickly became my most anticipated romantic comedy of the year. The Christmas setting was just festive wrapping for my excitement.

Emilia Clarke plays Kate, a woman who continually makes bad choices, uses her friends, ignores her family and has admittedly never felt right after the heart transplant that saved her life. She works at a year-round Christmas shop under the watchful eye of “Santa” (Michelle Yeoh), who seems to be constantly disappointed in Kate, but continues to give her chances to prove herself.

One afternoon she catches a young man watching a bird and curiously wanders outside, where the bird promptly takes a poo in her eye. This man turns out to be Tom (Henry Golding), and despite Kate’s apprehension, she finds herself drawn to him. He’s handsome, kind, and encourages Kate to take in the world around her, instead of going through the numbing motions of her day to day life. Meeting Tom seems to spark something deep within Kate, and she begins to turn her life around as she falls in love.

Last Christmas is definitely more dramedy than comedy, and while there is indeed romance, the story is solely Kate’s. She is selfish and imperfect, but Clarke gives a really wonderful performance, giving Kate the depth and vulnerability to make her feel relatable and real. Golding proved his ability as an appealing leading man in last year’s Crazy Rich Asians and remains as swoon-worthy and charming as ever in Last Christmas. Despite the mystery surrounding his character, Tom still felt like a fully developed character, which was a relief as so many love interests in these kinds of movies feel stale and one-dimensional. He and Clarke share genuine chemistry and their tender interactions perfectly balance the more dramatic moments.

But it’s not all ice skating, holiday decor, and wistful glances. The movie touches upon a variety of issues that a lot of romantic comedies would dismiss or completely steer clear of – depression, Brexit and xenophobia, and acceptance of the LGBTQ community. These themes kept the movie grounded in reality, whereas Kate and Tom’s blossoming romance supplied the magic.

Kate comes from a rather dysfunctional immigrant family, and one of the movie’s highlights is Emma Thompson as Petra, Kate’s intrusive but loving Yugoslavian mother. She and Michelle Yeoh, who is surprisingly funny as “Santa”, get the majority of the laughs here, but there really isn’t a weak link in the entire supporting cast. I appreciated that Feig didn’t waste any character’s screentime, no matter how small their part.

There has been a lot of discussion regarding the movie’s “plot twist”, which viewers theorized about after the official trailer dropped. No spoilers here, but Last Christmas doesn’t surprise with anything that hasn’t been done before. It’s predictable, yes, but I thought that it was executed well enough that I still found myself emotionally affected by it. Maybe Last Christmas could be described as schmaltzy, corny, or overly sentimental, but it’s also a really powerful, heartwarming story about family, second chances and finding value in who you are. And I happen to think that’s something everyone could use this time of year.