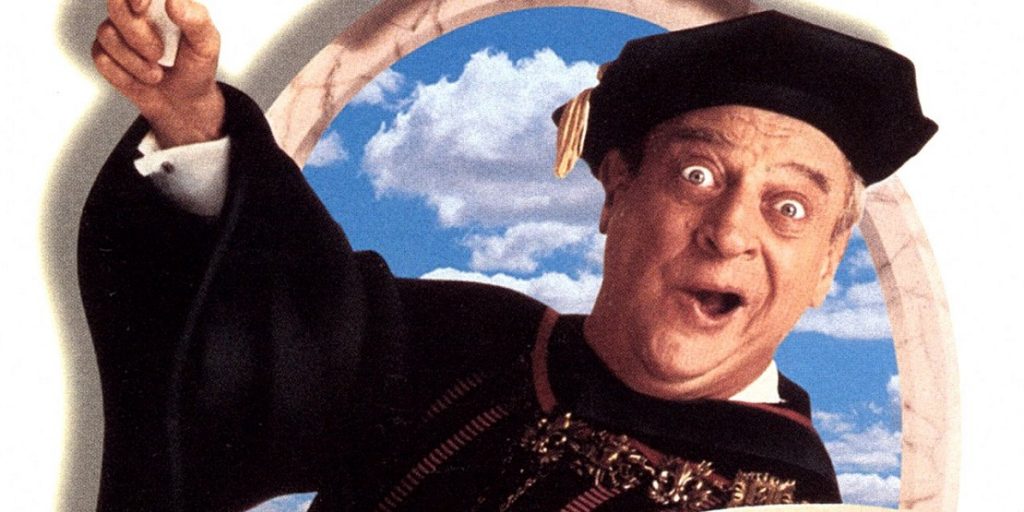 This might be the dumbest thing I’ve heard all week.

Variety is reporting that MGM is turning the classic 1980s Rodney Dangerfield comedy Back to School into a reality series.

Apparently, the docu-series will “follow college students with their surprise new classmates — their parents. Both children and parents will experience ‘the best years of your life’ together, but at vastly different ages. Surely, some awkward situations will come. Geriatric beer pong? Mismatched dorm mates? Fraternity brothers with your Dad? Sorority sisters with your Mom?”

Barry Pznick, MGM’s president of unscripted television, sounds like the only one thrilled with this idea:

“I am so excited to take the premise of one of my favorite films into the unscripted world. Rodney was a comedic genius and his spirit is very much in the DNA of our show’s approach to a dual fish-out-of-water comedic format for audiences to experience along with our parents and kids. I love that grown-ups are going back to school and we are able to capture this with our new series.”

Honestly, I have no idea how this is even remotely connected to the ’80s comedy. It seriously feels like another example of Hollywood stealing the title of a popular film and slapping an original idea to it. Nothing here screams Back to School. Unless you’re telling me that the parents in this show will be millionaires and pull elaborate stunts in a bid to embarrass their, surely spoiled and douchey, kids, cause that might get me to watch actually.

MGM Television is expected to distribute the series internationally, and Mark Burnett is executive producing along with Joan Dangerfield, the comedian’s widow (did Rodney not leave you with enough money, ma’am? Why are you tarnishing his legacy?). No word on where this series will air in the United States, but I’m sure MTV will make room for it.

Shake my head. Rodney Dangerfield don’t get no respect!