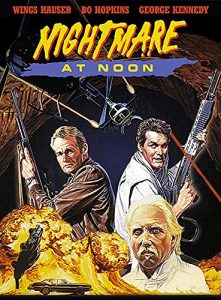 Plot: Scientists poison the water supply of a small town, turning the residents into homicidal maniacs who kill each other and anybody who passes through.

Sex and Violence: Action, explosions and maybe a tit?