“Once you overcome the one-inch tall barrier of subtitles, you will be introduced to so many more amazing films.”

OK, so world cinema isn’t exactly a genre. But I do feel like it’s an entire category of films that people tend to dismiss as not being for them. Bong Joon-ho’s words above (which he used when talking about his multi-award-winning Korean movie Parasite) resonated with me. The phrase is used as a bit of a sound bite now but it really is true. There is literally an entire world of cinema out there for anyone willing to put in the little effort that’s required to read subtitles. 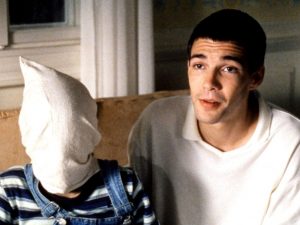 One of my first experiences with world cinema was watching Michael Haneke’s Funny Games (Austria). I was 15 at the time with nothing better to do in the summer holidays than sit up and watch movies that got put in the late-night slot. Before the film started it was introduced by one of my favourite critics and he sold it well. So I decided to give it a go. Fast forward two hours and I’m still not sure if I can describe how it made me feel. Sort of like I’d taken a beating. Over the next few days, it stuck in my head and I kept thinking about what I’d seen. I came to the realisation that, although I can’t say I actually enjoyed watching the film, the way it made me feel was so unique and not like anything I’d ever experienced. And that was a good thing. If a film makes you feel something it’s done it’s job in my opinion. It’s also something that at the time, I couldn’t imagine happening with a Hollywood movie. Don’t get me wrong, I had watched some pretty twisted American and British movies up to that point, but there was always a certain limit that it felt they would go to.

It encouraged me to explore further and many more movies have had a similar effect in the years that followed. From Irreversible (France) and Dogtooth (Greece) to the Tartan Asia extreme movies which include Park Chan-wook’s revenge trilogy (Korea). In fact, Korea is a real gold mine for films that will push you to your limits and I placed The Handmaiden as my favourite film of the last decade (you can read the article here). The fact that Parasite managed to gain mainstream acclaim this year will hopefully go a long way to encouraging a wider audience to explore Korean cinema in general. 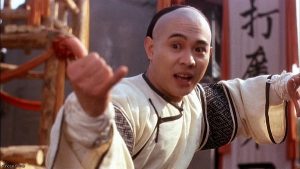 Another reason why I appreciated world cinema from an early age was due to my love of good old fashioned Kung fu movies. I would save up pocket money and purchase a Bruce Lee VHS whenever possible. His movies were like nothing I’d seen before and my love for Bruce Lee soon transitioned to the eye-boggling multi-person scraps seen in Jet Li movies like The Legend and Once Upon a Time in China. It’s a genre that has really evolved with modern classics such as Crouching Tiger, Hidden Dragon, Hero and Blade of the Immortal. These types of action spectacles aren’t limited to the Far East either with films like District 13 (France) and The Raid (Indonesia) outdoing most Hollywood releases this century. I’m not trying to bore you with a list of movies, just trying to demonstrate the scope of what’s available from different countries.

One of the simplest pleasures that I take away from the hobby of watching movies is finding a hidden gem that I can then recommend to friends and family. As the years go on this has become a rare occurrence with English language films, due to the rise of the internet and social media. For world cinema that doesn’t seem to be the case. I feel like I’m constantly unearthing movies that blow my mind and there are few more enjoyable pleasures than stumbling across one. In fact, just rereading my top 10 movies of the decade article I’ve realised that 3 of my top 5 are foreign language, and I’m pretty sure not many people I know will have even heard of them.

I still love English language films and would never be able to replace them. But by complimenting them with movies from all around the world there is an almost infinite supply of classics out there to discover and enjoy.