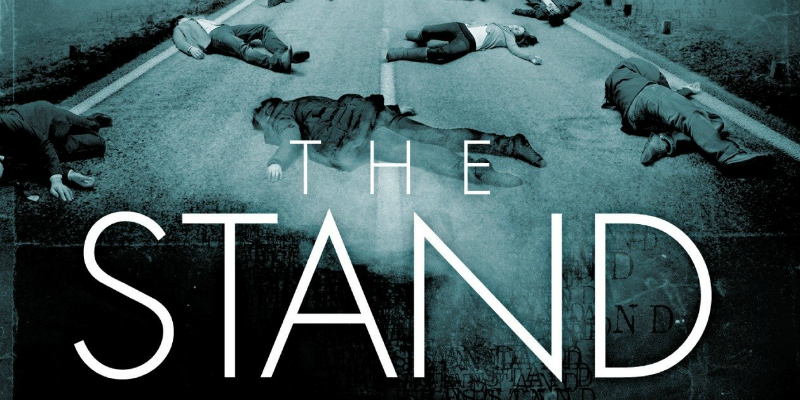 To celebrate the 25th Anniversary of ABC’s The Stand miniseries, Stephen King joined host, and The Stand director, Mick Garris on this week’s episode of Garris’s podcast, Post Mortem.

King wrote the screenplay and served as an executive producer for the miniseries which aired over four nights in May of 1994. While Garris and King discussed their experience on the set of the ABC miniseries, King also expressed excitement over the upcoming limited series from CBS All Access, and its attached director, Josh Boone.

“I like Josh Boone’s work. I actually worked with him on his first feature. I couldn’t act in it, which is what he wanted me to do, so I had to do, so I had to be an audio thing. And then he did The Fault in Our Stars, which I thought showed his grasp of the medium. I like him a lot. I like his reach, his ambition for it. But, really, the thing I’m most excited about is, first of all, we’ve got two more hours to tell the story, and second, we’re free of all those things that held us back with The Stand. That is to say, not only is the budget bigger, even if you equalize the two eras, we’re free in terms of language and in terms of violence in a way that we weren’t with the original Stand, and so, CBS All Access would really like this to work, I think, and they put a lot of muscle behind it, so I’m hopeful, but it’s early days yet, so the casting isn’t complete. My other son, Owen, has written some of the scripts and they’re terrific, so it’s good.”

A new adaptation of The Stand has been lingering in development hell for years. Screenwriter Steve Kloves and director David Yates were once attached to the project but eventually walked away after finding it too difficult to adapt what many consider to be King’s magnum opus to the big screen. Warner Bros. then signed Ben Affleck to write and direct the epic, but when he departed the project in 2014, it fell into the lap of Boone, an admitted King fanatic.

Boone initially pitched The Stand as one three hour movie until Warner Bros. inquired about making multiple films instead. When that fell through, there was a discussion about an 8-part miniseries on Showtime concluding with a theatrical release of the finale. The idea was shuttered and The Stand remained in limbo as Boone went on to direct other projects.

In January of this year, CBS announced that it had greenlit a 10-hour limited series to air on their streaming service with Boone still attached to write and direct. With scripts being completed and proper backing from CBS All Access, I think it’s safe to have some optimism that we may finally be getting a new adaptation of The Stand in the next year or two. Having Boone, a tried and true fan of King’s work, at the helm certainly gives me hope that we’ll get a series that stays true to the source material, and fortunately, without Molly Ringwald.

No premiere date has been announced.