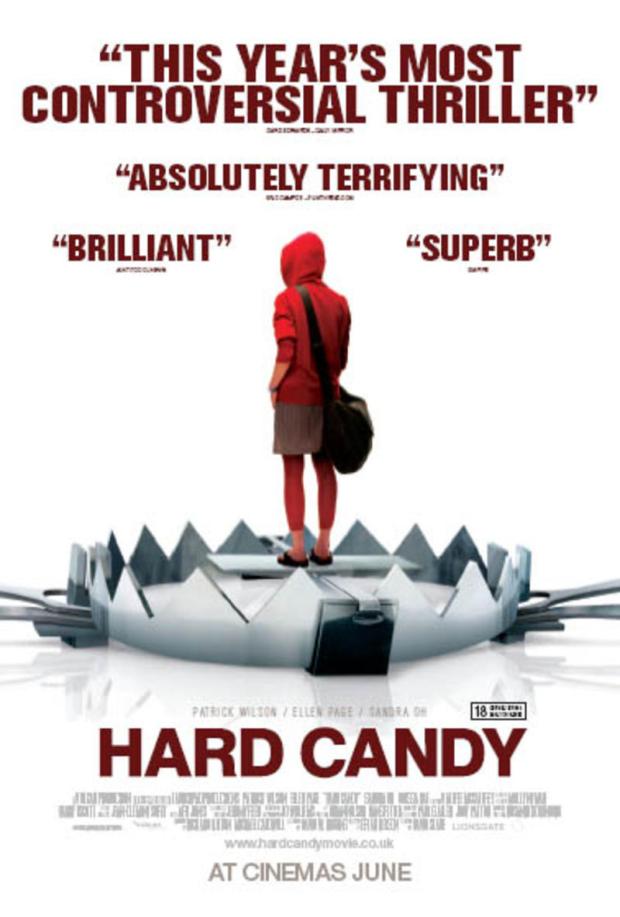 Hard Candy is an extremely tough watch as it deals with some disturbing and controversial themes. We meet Hayley as a teenager who agrees to meet Jeff, an adult male, who she has become acquainted with in an online chat room. At first, we are concerned, of course, for Hayley as she seems like this naïve little girl who has made a horrible decision to meet this stranger as we begin to fear for her welfare. However, as their interactions begin to escalate we see the lines begin to blur of who is the predator and who is the prey. While at Jeff’s house we witness the underage guest become the seducer by pouring drinks and wanting to pose for an impromptu photo shoot. Just when Jeff is ready to strike, things get turned upside down.

This scene was just so well done by director David Slade, from the interactions and not showing anything graphic, but being able to feel everything that both characters were feeling at that moment. Hayley as a hero for justice and Jeff’s agony and defeat that washed over him really hammered home the uncomfortable horror that we were witnessing. Ellen Page and Patrick Wilson play their parts perfectly.

Well, do you think of this scene? Was it pretty intense?