“Hey, have you seen this movie? What did you think about THAT SCENE?!” We have all used that phrase at one point during our discussions of movies with the other person’s eyebrows raising, “Oh yea, THAT SCENE!” You go on to pick that memorable scene a part by listing what you loved or didn’t like, how it made you feel and the impression it left on you.

In this series we will do just that. We will take a scene from a movie and discuss its impact on us. Some of these scenes may be frightening, weird, iconic, controversial, hilarious and everything in between. Let us know your impression of the scene and the impact it left on you the first time you watched it down below in the comments. Enjoy!

By this time in Seven, we have been made aware that there is a killer on the loose who is killing victims based on the seven deadly sins. Thus far, we have seen three of the deadly sins carried out and shot in horrific fashion. The Gluttony scene you could practically smell what the characters where smelling when they found the bloated body of someone who ate till he burst. With Greed, we saw where a lawyer had cut a pound of flesh from his midsection. Just brutal. The Sloth scene might be one of the most terrifying as it pertains to what we see and what is explained about the process to carry out such a crime. But the fourth sin is where the director, David Fincher (Fight Club, Zodiac, Gone Girl) does a brilliant job of letting your imagination do the dirty work.

The deadly sin of lust is defined as “a psychological force producing intense wanting for an object, or circumstance fulfilling the emotion” and mostly associated with sexual deviance which is where this scene decides to focus. Like the other scenes, we see the detectives arriving to a crime with the word LUST carved into a door that leads to the victim’s body. In the other scenes the victims are shown almost too close for comfort for the viewer. However, here there is barely a glimpse of the victim’s legs being tied down and some blood seen as an officer pulls back a sheet covering the body. To the side, we see a man being restrained, struggling with a couple of cops screaming, “Get this thing off of me!” repeatedly. Where the other scenes spent minutes at the crime scenes, here we spend mere seconds. The true horror comes in the next scene where the interrogation of that man takes place.

Morgan Freeman, Brad Pitt and Kevin Spacey are the stars of this film and all turn in solid performances, but Leland Orser absolutely steals the show during his few minutes on the screen. This does not work without an actor who cannot convey the horror and remorse that his character just went through by simply explaining it to us through words and not sight. We witness his panic at the crime scene, but he really sells this working opposite of the stoic Freeman in a confined interrogation room. So distraught while he explains the vile act that he was forced to commit by “John Doe”. He can barely speak and breath at the same time from shock in which he conveys that he is simply a victim in all of this as well. He explains how he had been forced him to wear, what was only shown in a Polaroid, a strap on device and to penetrate the prostitute victim while John Doe held a gun to his head and his mouth. Sounds bad enough till you see that device in the picture. Then it’s worse. 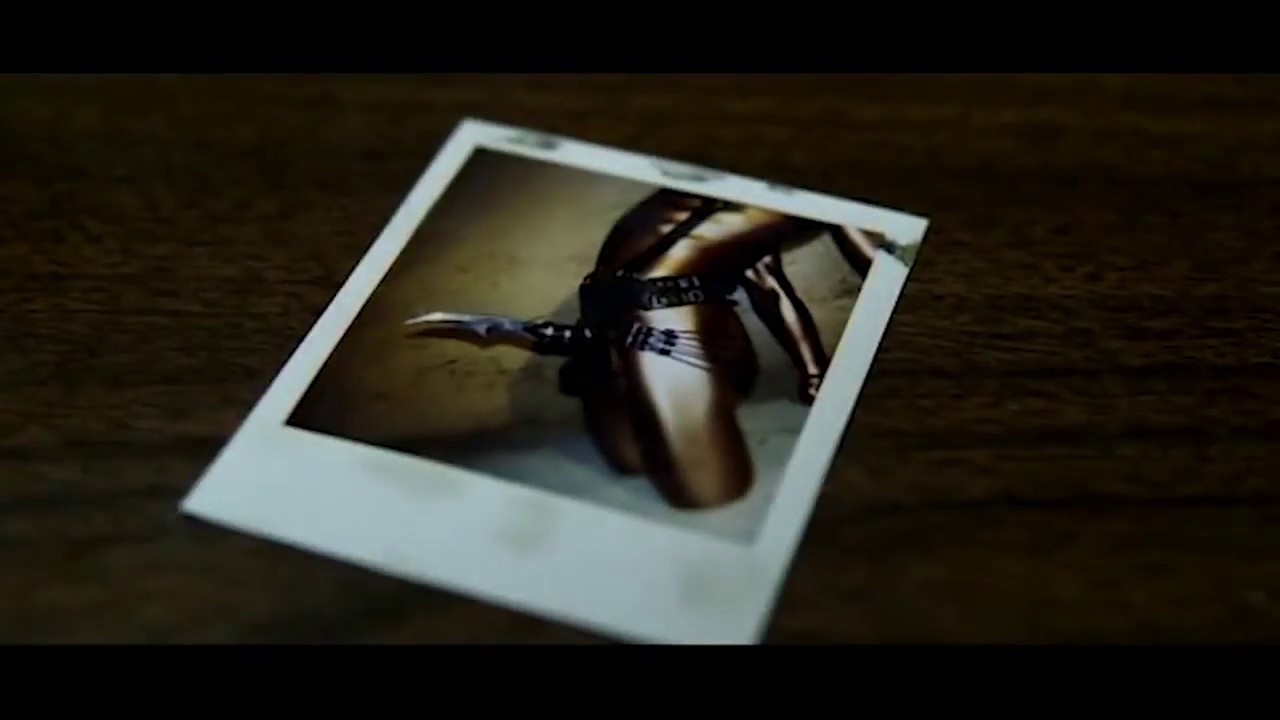 Yes, that is a deadly and sharp device attached to the strap on that he was forced to rape the woman with till she was dead.

What helps this scene hit home as well, is the cuts to the other interrogation room where the man from the booth at the parlor is being questioned by Mills. He simply explains, “that’s life, isn’t it…”