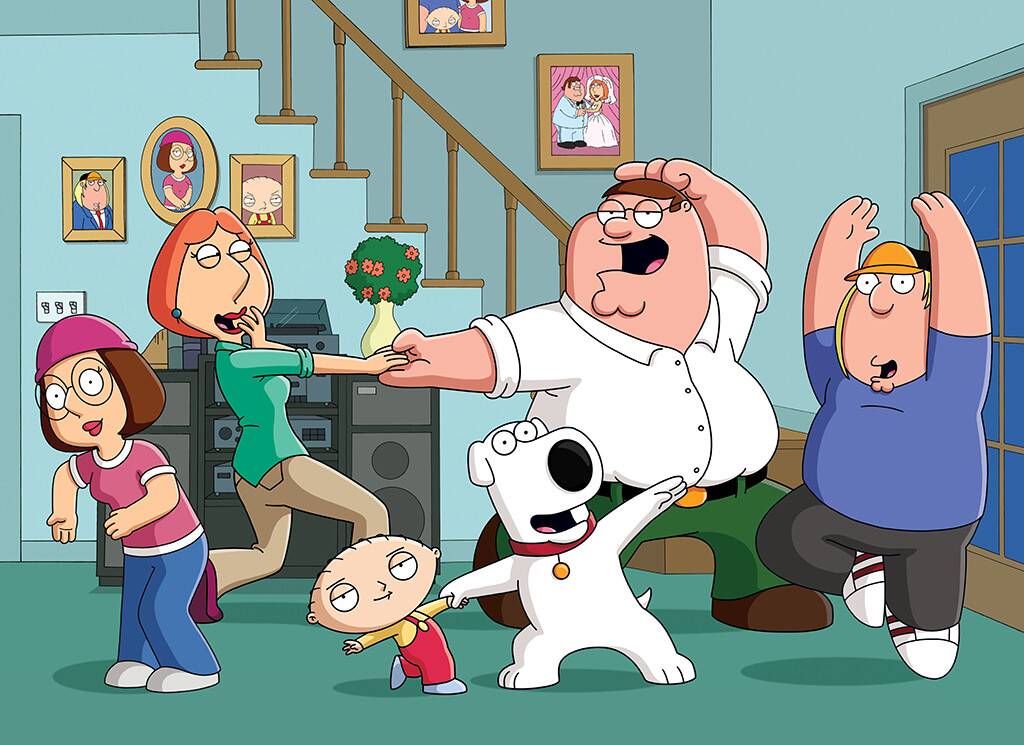 There was a time where this would’ve been a strong contender for the top ten. Its insane pop culture references mixed with its irreverent humor made the perfect cocktail of funny in the early 00’s. It was so beloved by fans that it was actually cancelled twice but brought back every time because of the adoration of its die hard fans.

But that feels like a lifetime ago. The once fresh comedy stylings of Peter Griffin and the rest of the residents of quahog have become stale, lifeless. A pale imitation of its former self but no matter how terrible it gets, we’ll always have the great seasons. Just stop watching after season 8. 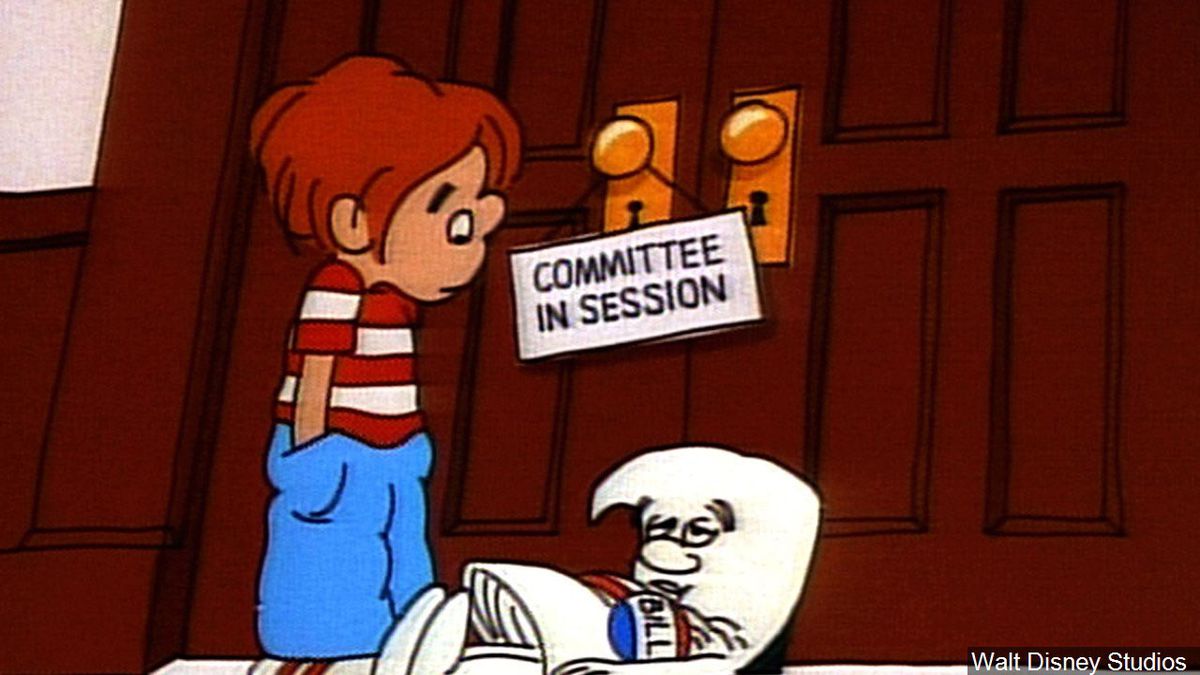 Remember the days (usually Mondays) when your teacher would be nursing such a terrible hang over, that he’d wheel in a TV to act as a substitute teacher? If you were lucky, you’d get to learn all about why amendments are made to the constitution and how bills are passed by the incredibly entertaining glorified teachers aid that was Schoolhouse Rock! Playing on and off for over 30 years, Schoolhouse Rock! taught three generations of children the fundamental building blocks of education with the power of catchy ass music. The music was so good, the lyrics to at least four of the songs are still in your head. 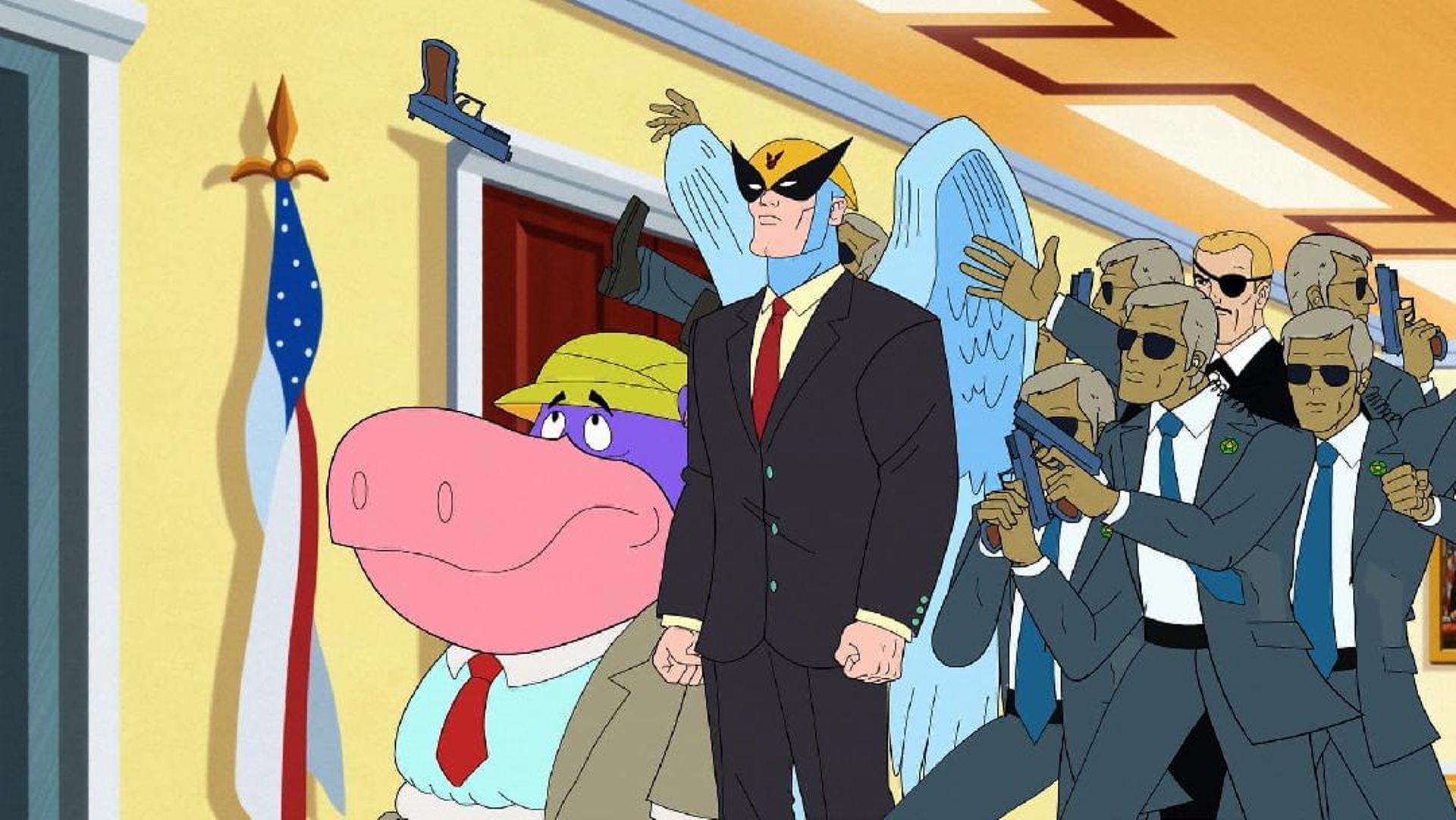 In 94, long before there was an Adult Swim, Mike Lazzo decided to raid the Hanna-Barbera vault for an obscure character to use for a new cartoon and decided on the Superman inspired Space Ghost. He naturally decided the best use of the 70’s relic was hosting a late night talk show. It was an odd gamble but it paid off; Space Ghost-Coast to Coast was one of the longest running shows on Cartoon Network.

After the network created Adult Swim, Lazzo once again decided “Hey, that really ridiculous idea I had like 5 years ago, with the old cartoon characters that no one’s ever heard of being brought together in a contemporary setting? How bout we do that with that bird fellow as a lawyer? How’s that sound? Rhetorical question, make it happen.”

And in the year 2000, the world was graced with the greatest lawyer (animated, that is) television screens have ever seen. Lasting four hilarious seasons and including almost every character that was ever made by Hanna-Barbera, Harvey Birdman-Attorney at Law was and still is, one of the funniest shows on Adult Swim. 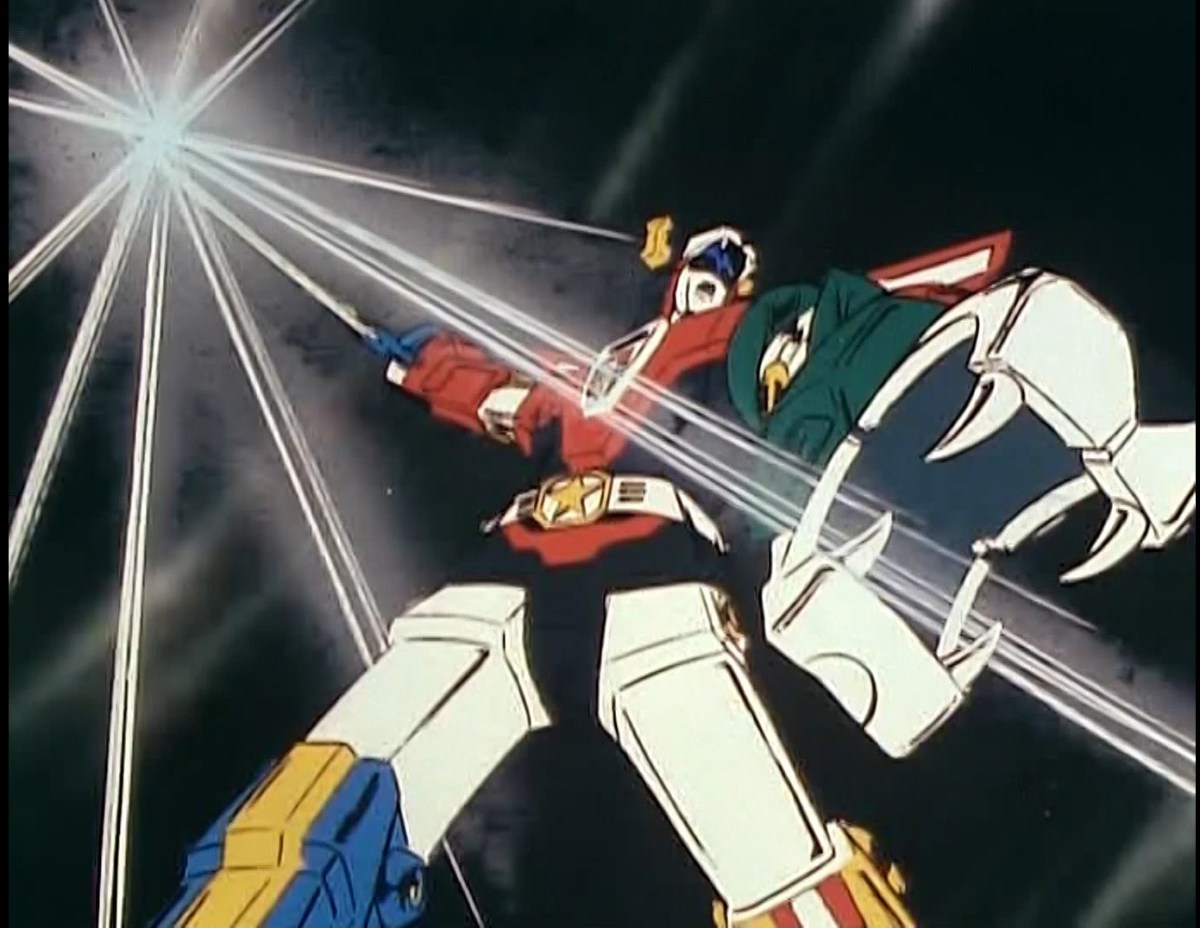 Before the Power Rangers assembled to defend the universe (and a little after Battle of the Planets, which missed the list by this much), Voltron defended it first. And cooler. It defended it way fucking cooler. Created in 1984, Voltron, like all anime at the time, was a mish-mash of different cartoons frankensteined together with a new plot and a dub added to appeal to American audiences. They did it with Robotech, Gundam Wing and probably a dozen others. It sounds like it should be a disaster but it worked. Kids fucking loved it; It was the highest rated children’s show for the two years it was on the air. The plot is about five teenage pilots all controlling robotic Panthers and when the inevitable 3rd act shit goes down, they form the ass destroying mega robot, Voltron. It was awesome. 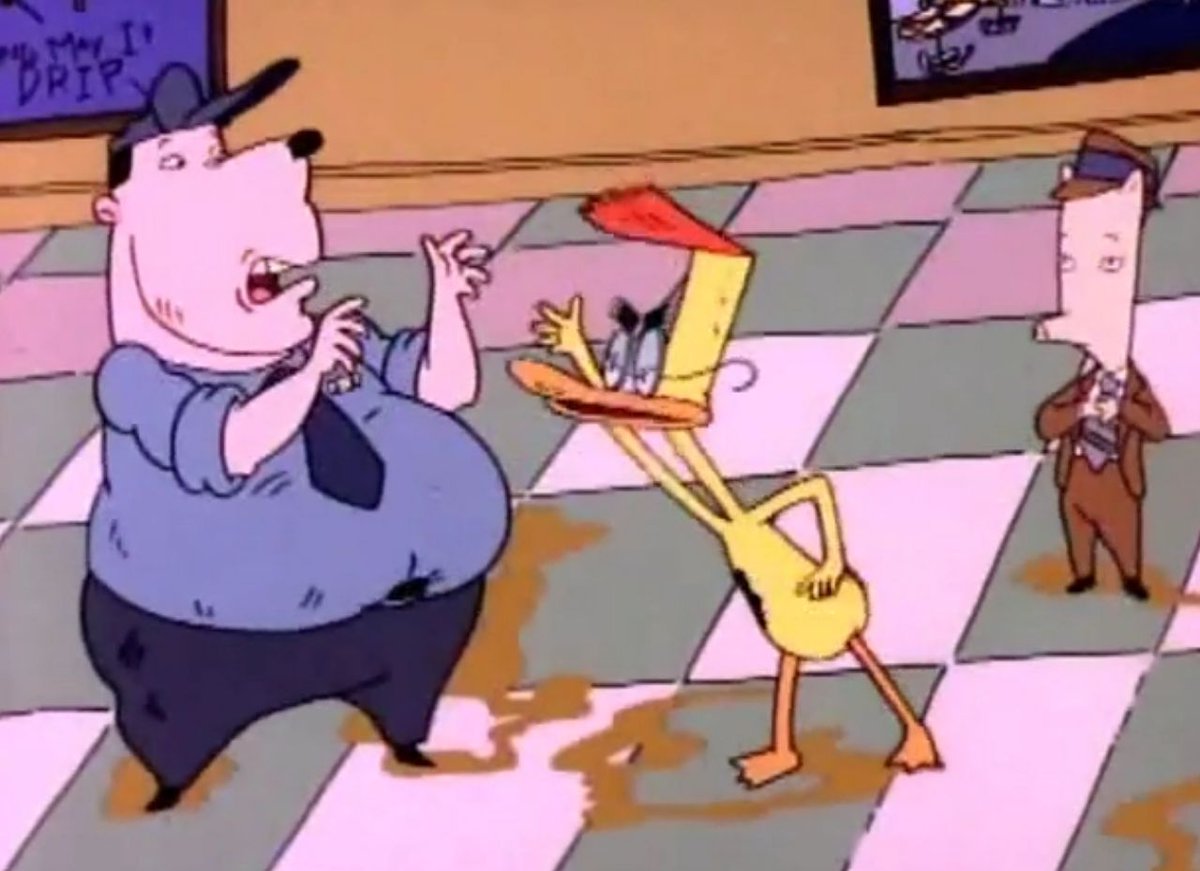 Based on a comic of the same name, Duckman is cartoon about a private investigator but unlike other cartoons that deal with amateur sleuthing (Chip and Dale, Darkwing Duck, Scooby-Doo, Etc.), It couldn’t be more different if it tried. The others are G rated romps for the entire family and this one is about a foul mouthed, sex addicted private dick (emphasis on the dick) that’s terrible at his job. The only reason he gets any work is because of his partner, who’s the real brains behind the operation. Corn-fed pig is a Joe Friday talkin’, just the facts type operator that gets results. Duckman is his polar opposite. But together, they get the job done. But the show is barely about detective work, it’s mostly a family comedy about Duckman’s home life and it’s hilarious. The show used to be part of USA’s up all night Saturday morning block and let me just say, man, I fucking miss USA up all night. 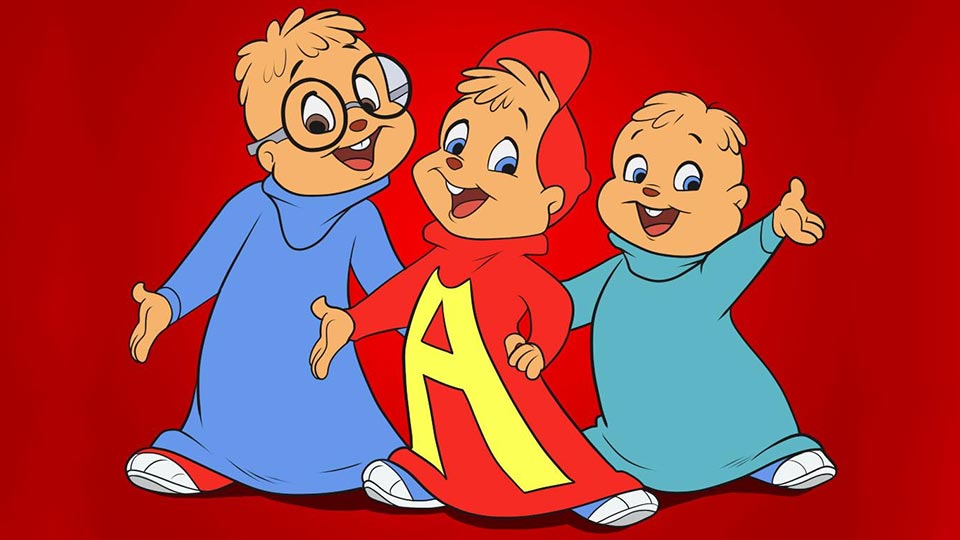 Fun fact: Did you know that when Jim Davis created Garfield, he was never interested in building a funny character but instead, coming up with a calculated attempt at creating a marketable character. He filled the character with self loathing, apathy and laziness and repeated the punchline ad nauseam till you remembered what Garfield is but nothing funny he ever does.

It was a system created to generate fat stacks of cash and it worked like gangbusters but let’s just pretend he didn’t create the character solely to sell out (He did) and let’s look at the one consistent “funny” thing Garfield does: fuck with Jon.

Pets fucking with their owners is a comedy staple and Davis probably lifted it straight from the source: Alvin and the Chipmunks. Starting as novelty albums back in the late 50’s, the Chipmunks quickly exploded in popularity thanks to their “catchy” Christmas “songs.” The world couldn’t get enough of the singing rodents and then about 30 years later, we got a cartoon. Much like the aforementioned Garfield, Alvin and his brothers are barely more than the character traits you remember about them but they’re just entertaining enough that you have fond memories about them. 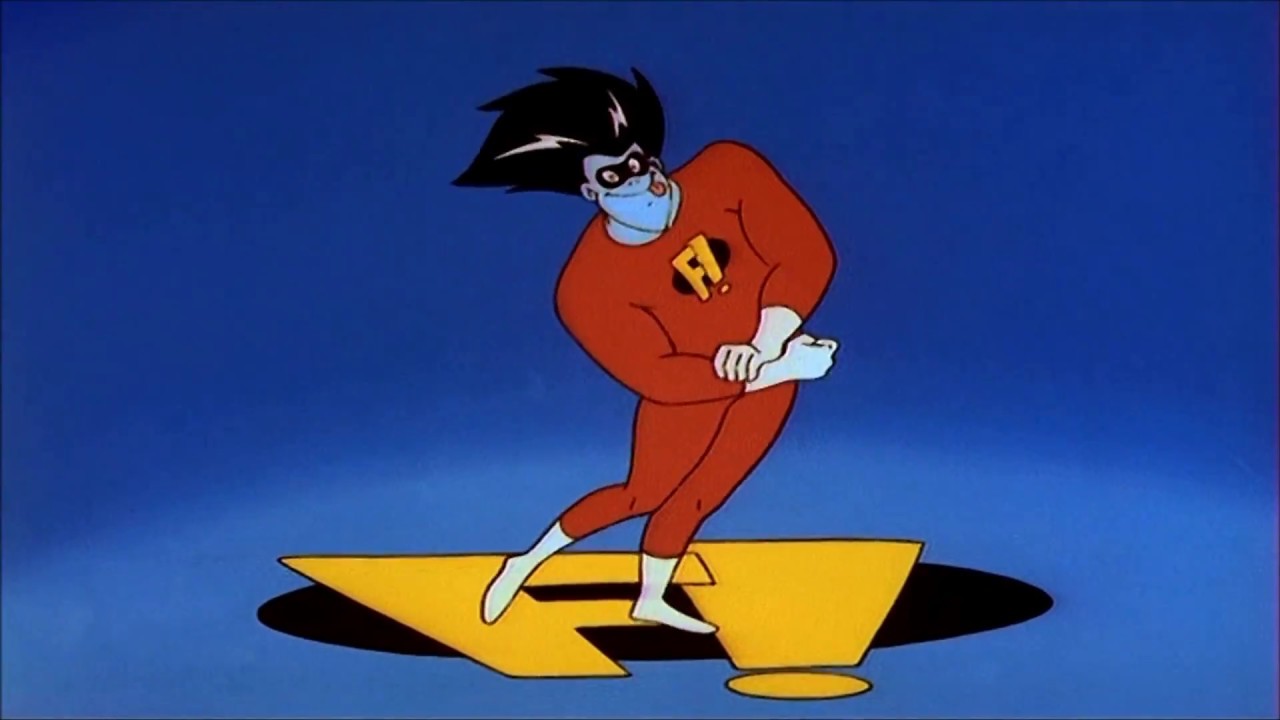 What do you get when you combine the minds behind Batman: The Animated Series with the genius who directed 1941, Lincoln and Indiana Jones and the Kingdom of the Crystal Skull? You get the greatest superhero spoof of all time (that is till we get to The Tick). Freakazoid! starts off like any other superhero origin: a mild mannered teen gets into a freak accident and now every time he utters the phrase “Freak Out” he turns into the nigh invincible Freakazoid. Imagine Shazam but on acid and you get the point. The show had all of the Spielberg charm but ten times the laughs. Crazier than Animaniacs and funnier than Schindler’s List, It’s the perfect amalgamation of everything that makes Spielberg great. 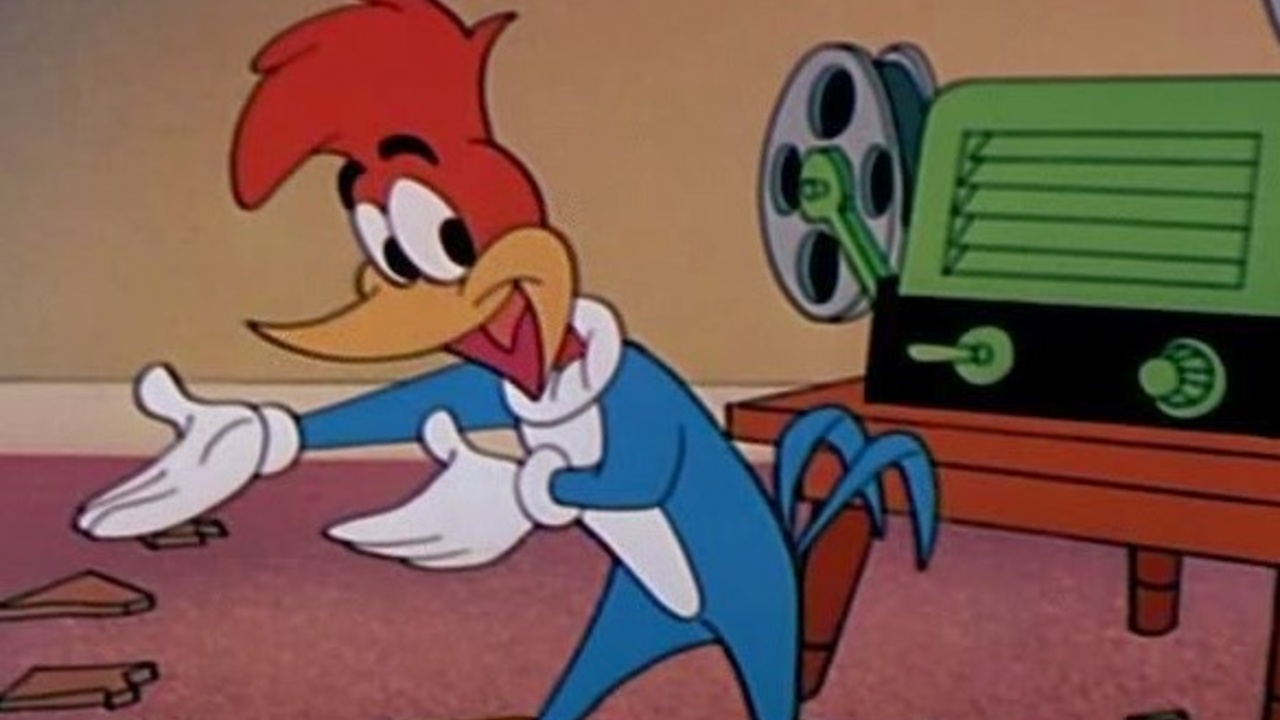 Like Bugs Bunny and Mickey Mouse before him, Woody Woodpecker started his life in theatrical shorts dating all the way back to the 40’s. In fact, he was huge with soldiers in WW2. They would paint him on their bombers or even their helmets. There was something about his mischievous behavior that really clicked with American soldiers.

Bugs was a trouble maker but he was too kid friendly and nobody thinks Mickey is tough. Woody though, he’s right in the middle. Stanley Kubrick loved him so much, he wanted to put him in every one of his films and David Lynch has four stuffed Woodpeckers that he refers to as his “family”. There’s something about that bird that connects to people. Maybe they all just love the word pecker. Who knows? 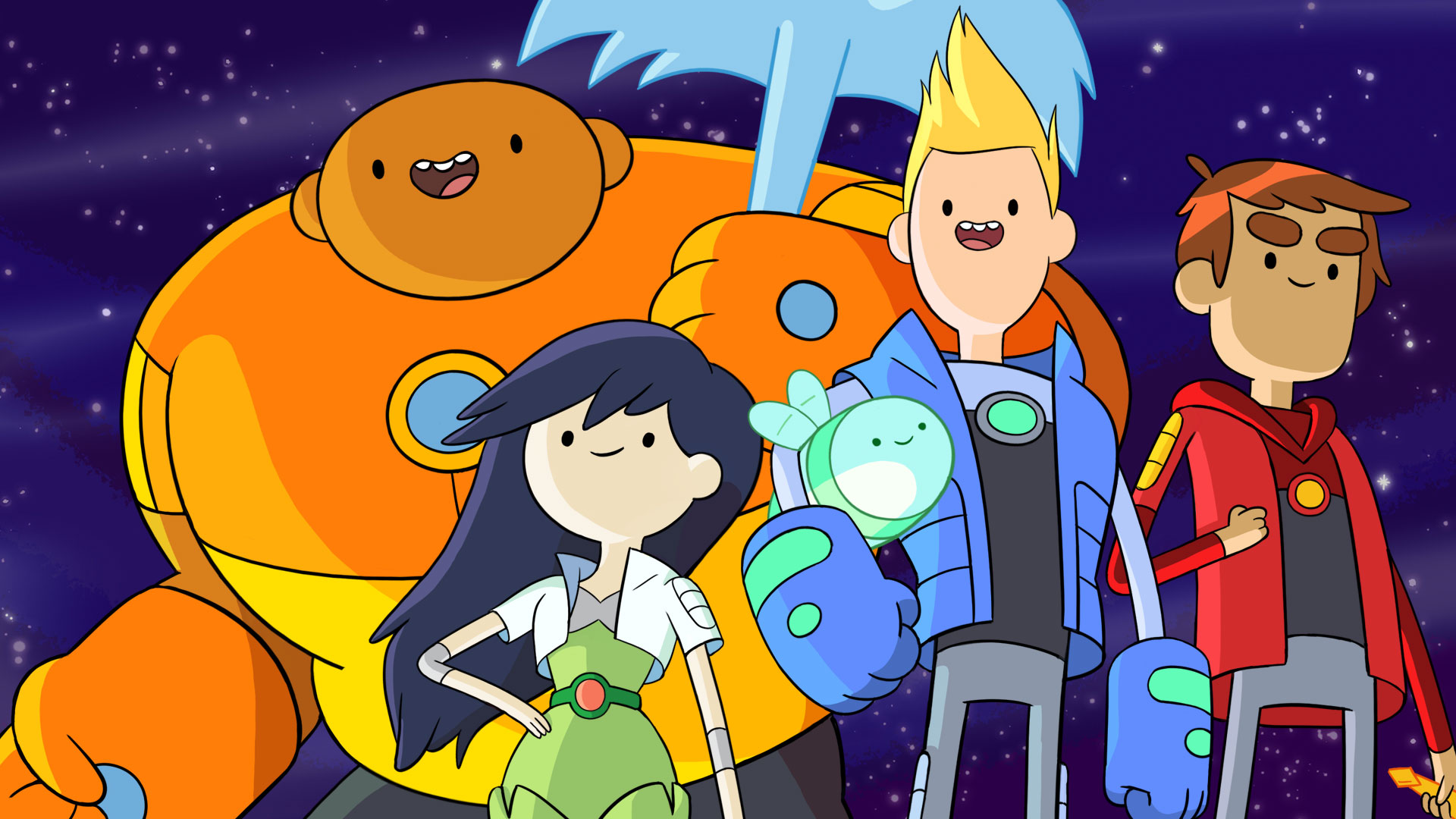 Created as a web series in the mid 00’s by Adventure Time creator Pendleton Ward, Bravest Warriors is set in the far future where a group of teenagers use weaponized emotions to save the galaxy and catbug. None of the plot matters when you have a character like Catbug.

Go Google an image of him and tell me he’s not the definition of adorable. I’m not afraid of throwing around hyperbole and superlatives, so I’m just going to come out and say it: Catbug is the greatest creation of the 21st century. The world would be an infinitely better place if we were all like Catbug. Be like Catbug. 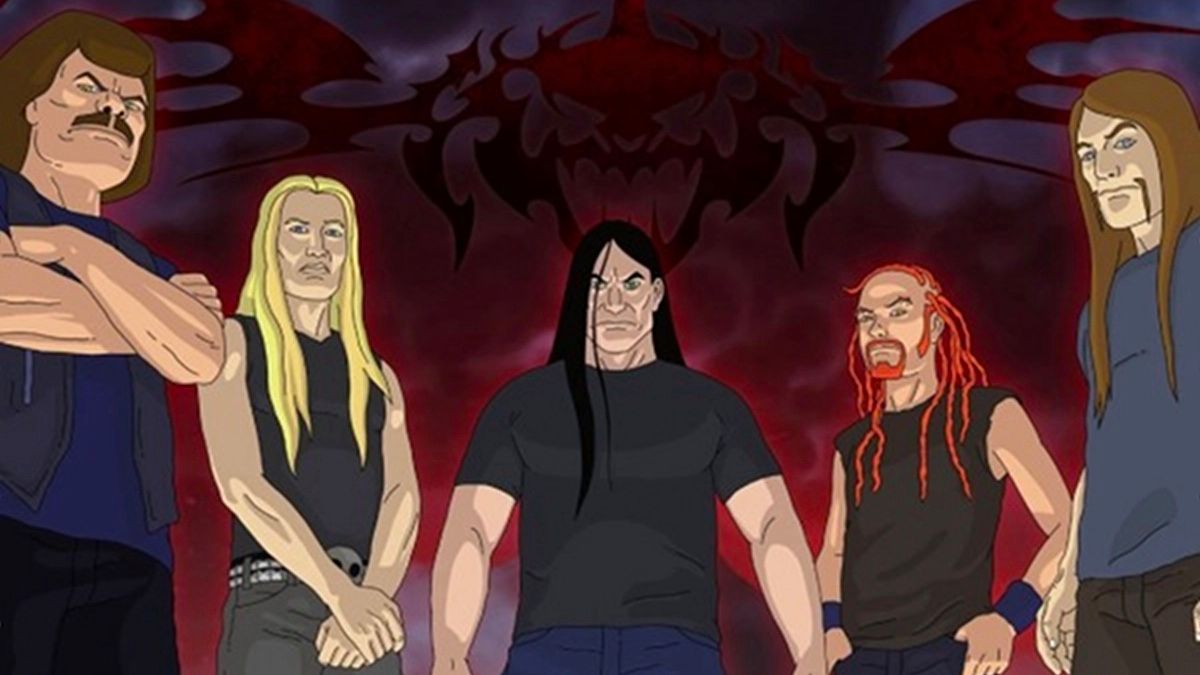 Imagine a world who’s entire financial structure is linked to the selling of your favorite rock band. The heavy metal band Dethklok is so successful, they’re the 7th largest economy on earth. If they endorse a product, that products competitors are driven out of business. They have their own money, their own army and even have the attention of a shadowy Illuminati type organization. They’re literally the Vatican but without the silly hats and way more metal.

The show follows the five members causing as much wanton destruction and chaos as they can manage. They run afoul of hit men, crazy fans and coked up insane clowns. Oh and they rock. They rock so fucking hard, that they’re a band in real life. Their awesomeness couldn’t be contained to a cartoon. I saw them open for Mastodon and it’s still one of the best concerts I’ve ever seen. Did Josie and the Pussycats ever shred some ass in real life? I didn’t think so.