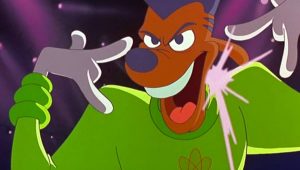 An amalgam of Prince, Bobby Brown, Michael Jackson and Devo, Powerline (Tevin Campbell) is the ultimate rock star. An idol of both Max Goof (Jason Marsden) and the majority of the background characters in the film, he’s the catalyst for everything that happens in the film. Max wants to impress Roxanne by dressing like him, wants to hijack his father’s vacation plans by seeing him and has convinced the entire school that he’ll be on stage with him during his latest concert. He may only have about five minutes of screentime but his coolness can be felt throughout the entire film. Oh and Eye to Eye is the best Disney song ever, so there’s that. 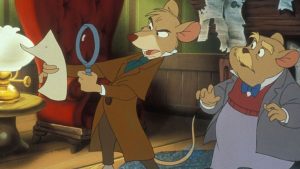 Disney’s answer to Sherlock Holmes, Basil of Baker Street (Barrie Ingham) is every bit as capable as is literary counterpart —he just happens to be 1/100th his size. Along with his trusty partner Dr. Dawson (Val Bettin), the three inch high private eye is the only rodent that stands between Ratigan (Vincent Price) and his plans for world domination. Using his wits and keen detective skills (along with some luck and the aid of a giant basset hound named Tony), Basil is one of the only Disney heros that uses his brain to solve the day, instead of brawn. Plus, he doesn’t sing a single song, which is always a plus. 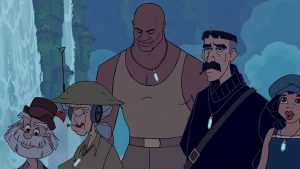 Accompanying Milo (Michael J. Fox) on his search for Atlantis, the crew of the Ulysses includes: Commander Rourke (who I’m not counting on account of him being the villain), Vinny (Don Novello), a demolitions expert; Mole (Corey Burton), a geologist; Dr. Sweet (Phil Morris), a medical officer; Audrey (Jacqueline Obradors), a mechanic; Mrs. Packard (Florence Stanley), a radio operator; and Cookie (Jim Varney in his last film role), a mess cook. Each one of the members of the team is memorable, with all of them having unique personally traits that, while admittedly a bit cliche, are nevertheless fun. One of them likes dirt, one is sassy and one likes blowing shit up. They’re not the deepest set of characters but they do enough to stick with the viewer long after they’ve watched it. 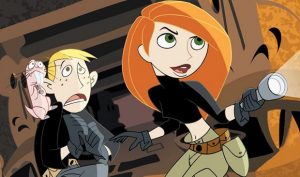 Before Disney acquired Marvel, this was their first attempt at creating their own superhero (we don’t speak of Condor Man) and I’d say the result is pretty damn great. Although aimed at children (which, depending on your age when it came out, was either a pro or a con), the show was still an enjoyable riff on James Bond with its colorful cast of villains and fun action. Breaking from the traditional superhero mold by not having a secret identity (everyone knows who and what she is, they just don’t care), by being extremely popular in school (she isn’t a social outcast like most heroes) and by having the full support of every law enforcement, government, and military agency, Kim Possible was a character ahead of its time. Her motto is “I can do anything” and based on the fact that she still has an incredibly large and devout fan base after nearly twenty years, I’d say yeah. Yeah she can. 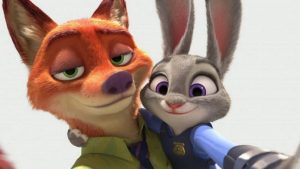 Determined to prove herself within the police department, Judy Hopps (Ginnifer Goodwin), jumps at the chance to solve her first case, even if it means teaming up with a con artist fox by the name of Nick (Jason Bateman) to solve the mystery. A classic buddy cop story involving two polar opposites who eventually learn the power of teamwork and even more importantly, the power of friendship, Zootopia is filled with nothing but cliches but it’s the chemistry between the leads that keep the cliches from being overbearing. Not only are they the best Disney duo in a long time but they’re honestly as good as any buddy cop team in any film, animated or live action. They’re that great. 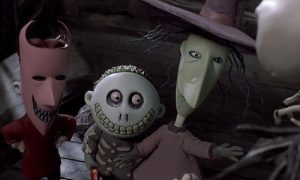 Collectively known as Boogie’s Boys, this trio of mischievous trick ‘r treaters are the henchmen of Halloween Towns resident baddie—Oogie Boogie. The leader of the gang is Lock (Paul Reubens), the impulsive rascal dressed as a devil. The brains of the operation is Shock (Catherine O’Hara), the little girl dressed as a witch and then there’s Barrel (Danny Elfman), the chubby candy loving skeleton. The film never makes it clear whether their siblings or just friends but due to their antagonistic behavior towards each other, I’m guessing they’re the former. Technically the film’s second antagonists (although Jack employees them himself at one point), they may kidnap and torture innocent people but they’re not outright bad. They’re more like chaotic neutral, they just do what people tell them to do. It’s just that, what people tell them to do is usually horrible. 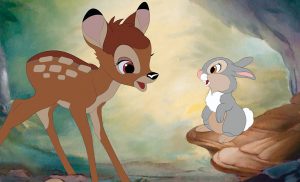 I think it could be argued that Thumper was the first supporting character that was more beloved than the lead of a Disney film. I mean, it could technically be Dopey but I think audiences at the time were very much enamored by Snow White, so they’re about tied in my estimation. Jiminy Cricket and Timothy Q. Mouse are fan favorites but people love Pinocchio and Dumbo too much for them to outshine their respected leads. Which brings us to Bambi—who, is cute and adorable and ultimately tragic but is barely a character.

We project things on to Bambi because he barely has any emotion himself. He’s a tabula rasa or alternatively, the only example of the Kuleshov effect in motion. Disney must’ve known this because Thumper was only supposed to be a minor character but once they realized that A) the film was far too serious and B) everyone loved Thumper, his role was greatly expanded. That means Thumper, not Bambi, changed the course of the film. That’s how how important he is. Dopey didn’t change shit, is what I’m saying. 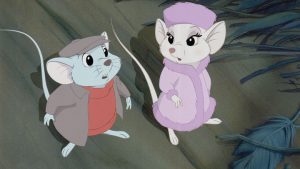 Based on the books the Rescuers and Miss Bianca by Margery Sharp, Bernard (Bob Newhart) and Miss Bianca (Eva Gabor) are a pair of mice that travel the globe rescuing kidnapped children. The detectives of the Rescue Aid Society were the first Disney characters to get a sequel and if it wasn’t for the death of Eva Gabor, they would’ve been the first to get a trilogy, too. Even after the box office disappoint of the Rescuers Down Under, the studio loved these characters so much, that they were willing to bankroll another potential flop, just to use them again. 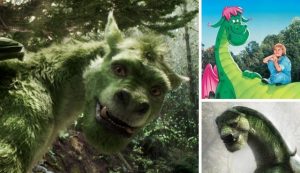 Like a children’s version of Harvey, Pete’s Dragon involves an orphan named Pete (Sean Marshall), a dragon that only he can see (voiced by Charlie Callas) and a town full of assholes who either want to beat the shit out of Pete and/or kidnap Elliot. It’s not a good movie. The remake that came out almost forty years later however, is quite good. Released to almost universal indifference, the 2016 remake is almost an entirely different film. It cut out all of the musical numbers, removed all of the extraneous fat and made the relationship between Pete and Elliot far more crucial to the plot. His design in the ’77 film may be more iconic but he’s much more of an actual character in the new one. Because of that, he’s one of the best characters to appear in a live action Disney film. Even if the original is a straight up dumpster fire. 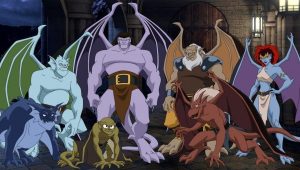 A moderate success at the time, Gargoyles has maintained a strong cult following since it ended more than two decades ago. Every list involving potential Disney reboots or live action remakes, mentions the show. It’s also appeared on multiple lists of the best cartoons of all time and is usually the only original Disney cartoon to do so. A bit more mature than the typical Saturday morning cartoon, the show incorporated multiple myths, had a slightly darker tone (for Disney standards that is) and was inspired by the works of Shakespeare. While fans appreciate the different tone it had than everything else at the time, they wouldn’t have cared if the characters weren’t great and I’d argue, they’re just as good as their contemporaries, with Goliath (Keith David) still being one of the best cartoon characters of the 90’s.