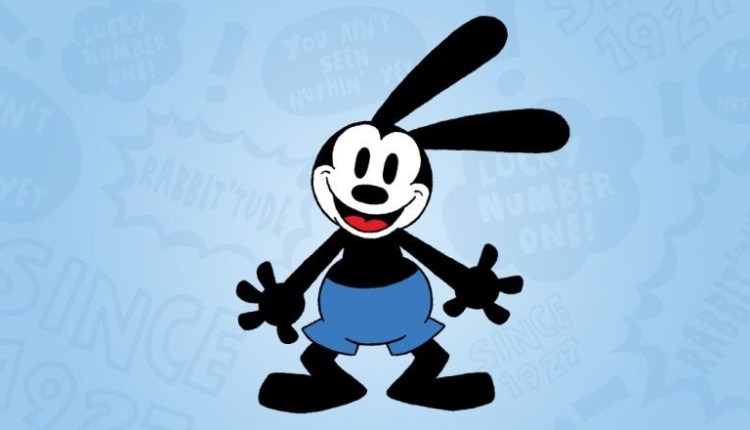 Created by Ub Iwerks and Walt Disney before they would go on to make Mickey Mouse, Oswald the Lucky Rabbit is ground zero for everything. If it wasn’t for studio head Charles Mintz being a dick (he constantly cut budgets and had no respect for animators), the pair never would’ve abandoned the rabbit and in turn, never would’ve created the iconic mouse. Who knows how history would’ve played out if that didn’t happen but I can tell you this, I kinda wish it didn’t. Not the part where I’d live in a world without Disney but a universe in which Oswald was the most popular character ever. Because truth be told, I’ve always liked Oswald more. He has more personality, he’s more proactive and I just like his design more. 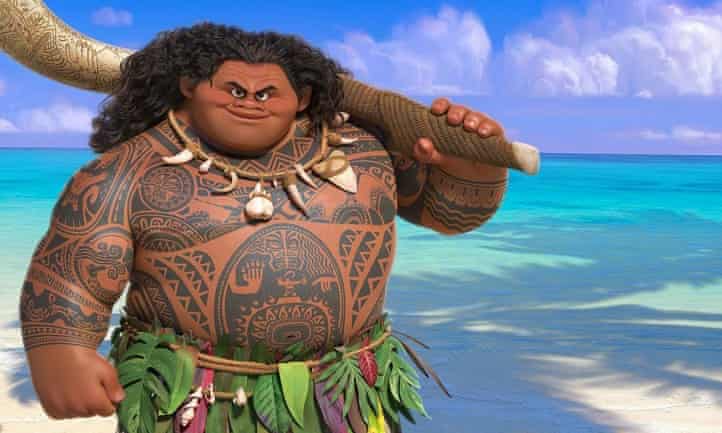 A gregarious and often times reckless demigod of South Pacific legend, Maui (Dwayne Johnson) is the guardian of mankind who, after stealing heart of Te Fiti in order to gain the adulation of humankind, accidently awakens a terrible darkness that threatens to destroy the islands of Polynesia. Forced to team up with a young woman chosen by the ocean to save the world named Moana (Auliʻi Cravalho), Maui, with the power of his giant, magical fish hook, is on a quest to redeem himself and in the process, save all of mankind. A victim of his own good intentions, Maui is not a villain but a man warped by a cruel upbringing. All he wants is to be loved, not because he’s vain or egotistical but because he was denied it from birth. This is more than a quest, it’s journey of self discovery. He will learn what being a demigod is really all about but more importantly, he’ll learn what it means to be a hero. 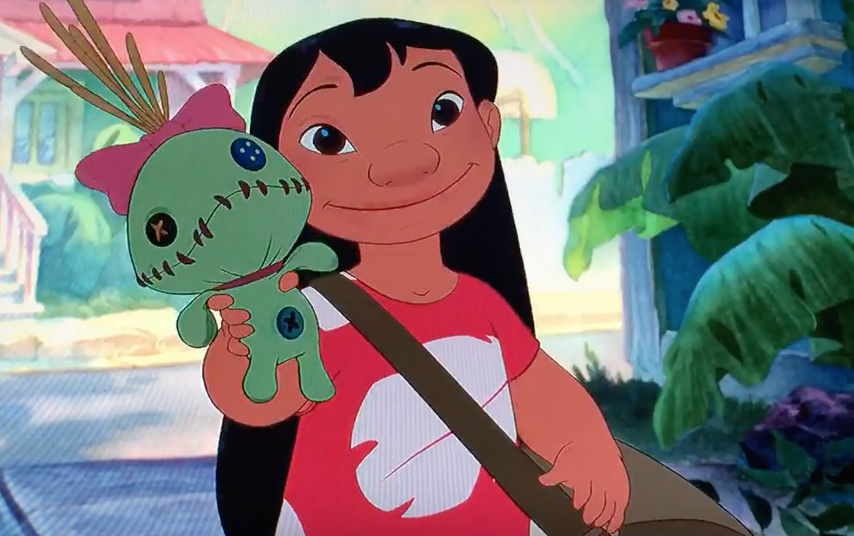 Like I mentioned in my write up for her sister Nani (entry number 55), Lilo Pelekai (Daveigh Chase) is a real human dealing with real human emotions. Almost every Disney character has dead parents but this is the first film that actually deals with the emotional fallout from that. Lilo isn’t Disney princess perfect. She’s disobedient. She’s peculiar, with almost no friends. She’s emotionally fragile, lashing out at her sister because she’s overwhelmed by emotions and has no idea how to process them. And she’s highly eccentric; Lilo lives in her own little world, further isolating herself from others. Within the universe of the film, she’s treated like an outsider or freak because of these flaws and foibles but it’s those personality traits that make me love her deeply. And that’s before she becomes best friends with a space alien. 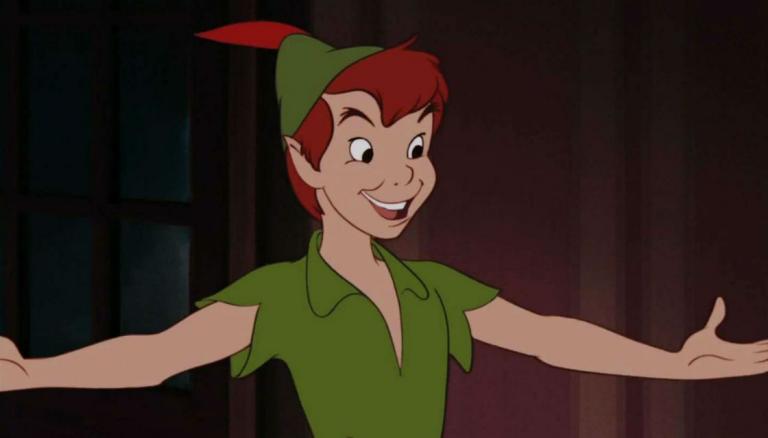 Based on the play Peter Pan, or The Boy Who Wouldn’t Grow Up by J. M. Barrie, Peter Pan (Bobby Driscoll) is, as the title of the play suggests, a boy who never grows up, literally. How he’s able to fly without wings, never age or even how he got to Neverland in the first place is never explained (Walt Disney himself vetoed any backstory or origin) but you don’t need it. While not necessarily being the theme of the film, the play is about the conflict between the innocence of childhood and the responsibility of adulthood.

Peter has literally chosen not to make the transition from one to the other, and encourages the other children to do the same. He doesn’t want to grow up, so he doesn’t. The play makes it explicitly clear that he’s making the wrong decision and that living a life of constant emotional and physical immaturity is reckless at best and dangerous at worst but the film again, never tackles that. He’s just a boy who likes to swashbuckle, roughhouse and generally have a good time. The play maybe about childhood bumping up against adulthood but the film is about the joy of adventure waiting in all of us. We just have to follow the second star to the right and straight on till morning. 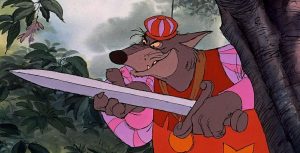 The reason the Robin Hood mythos have survived for hundreds of years is partly due to his code of honor and cool sidekicks but mostly because he has a rogues gallery to rival the best comic book superhero. Guy of Gisbourne is a top shelf prick of the highest order and Prince John is usually depicted as either a supreme pussy or a conniving snake but neither touch the absolute treachery of the Sheriff of Nottingham.

While Alan Rickman owns the role for all time (it’s one of the most gloriously over the top performances in history), I’ve always hated the animated version just a little bit more. Watching him shake down children for their last cent is bad enough but the fact that those children are also the most adorably cute animals you’ve ever seen is just down right diabolical. 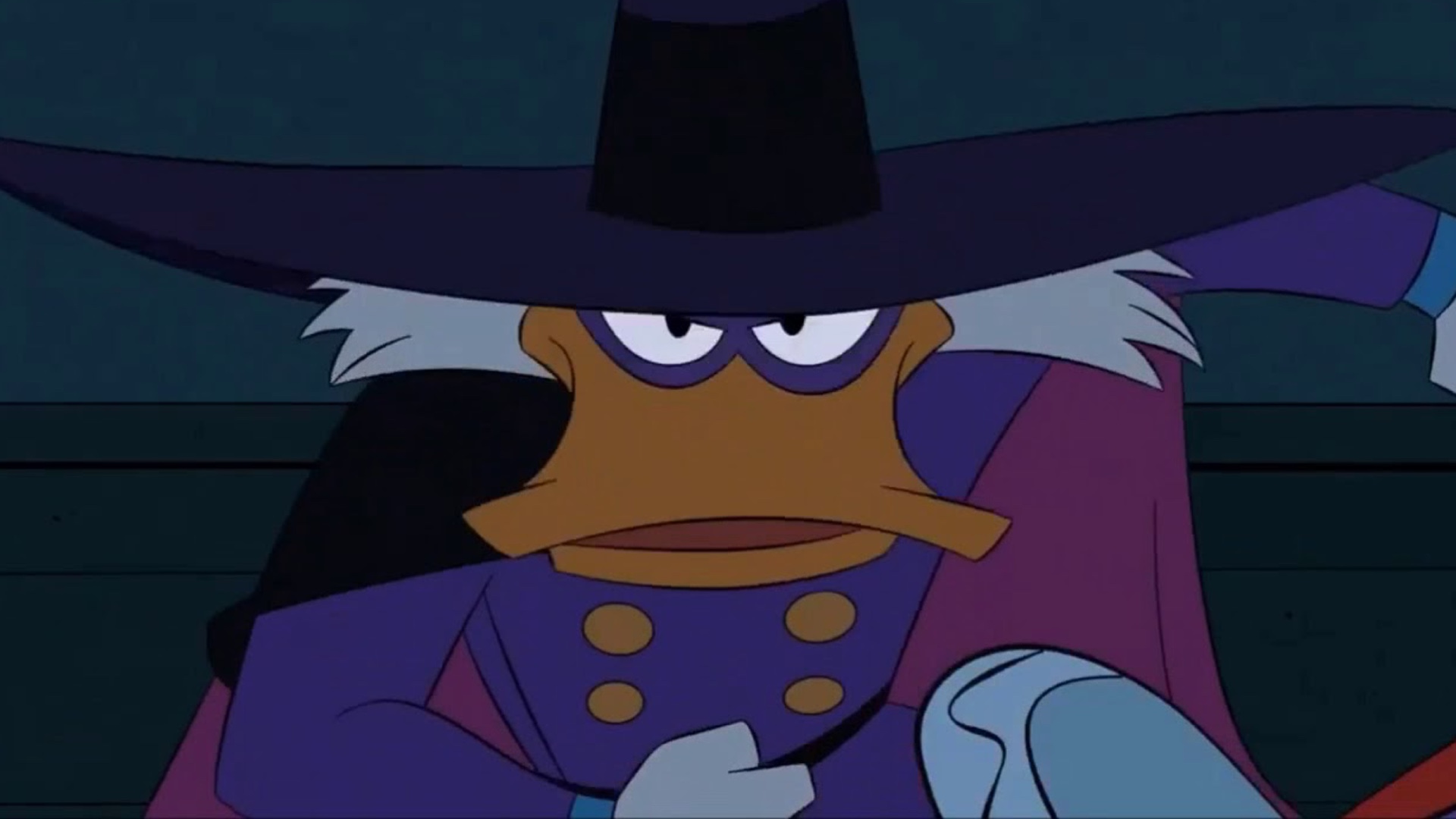 Who’s the daring duck of mystery, the champion of right? Who swoops out of the shadows, who owns the night? When there’s trouble, who do you call? Darkwing Duck, that’s who. The dark avenger who patrols the streets of St. Canard at night, Darkwing Duck is the alter ego of Drake Mallard (Jim Cummings) who, while not fighting crime, is just a typical suburban father trying to raise his daughter Gosalyn. Unlike most of the Disney cartoons of the time, Darkwing Duck is unique in that it featured no characters from classic Disney properties (save for Gizmoduck), instead it focused on creating an original cast of characters, and what a cast it is. With a rogues’ gallery that’s second only to Batman and Spider-Man, a bunch of other notable side characters and a theme song that slaps, Darkwing Duck is arguably the best Disney creation that debuted outside of the movies and comics. 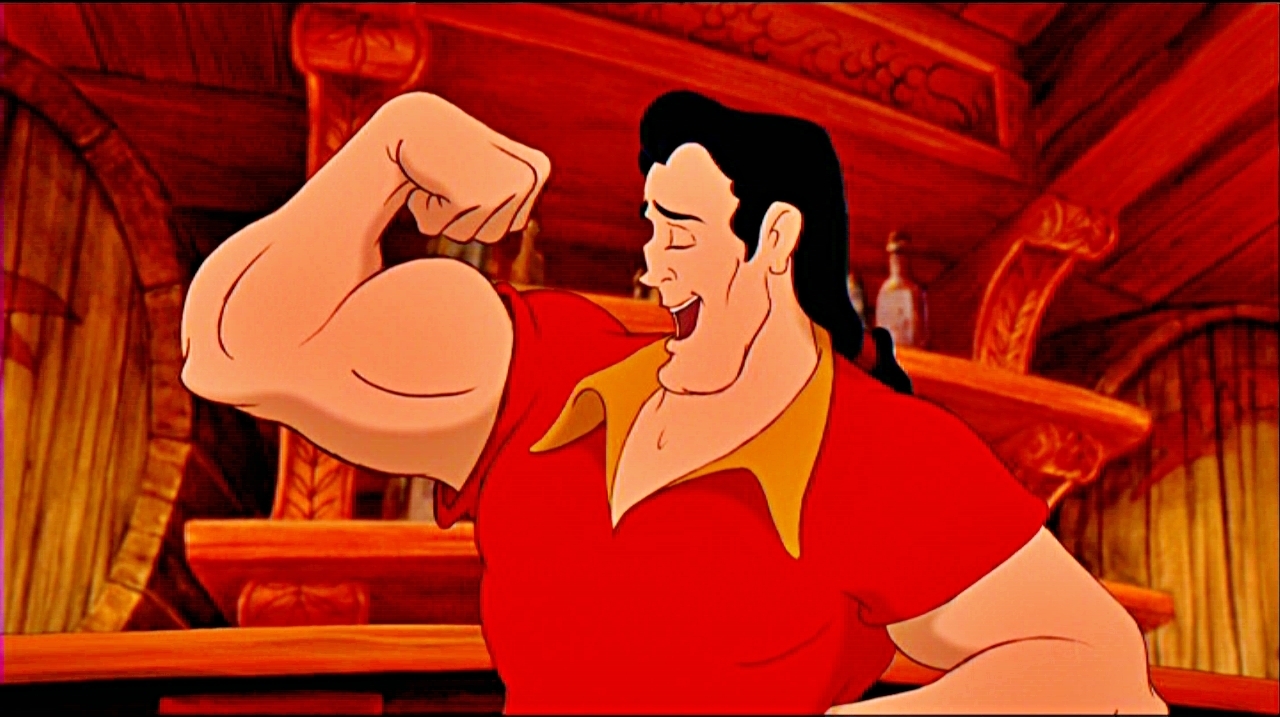 Before Katzenberg finally settled on the design of Gaston we all love to hate now, he was originally split into three different characters. Instead of one chauvinistic hunter, it was going to be three suitors, all vying for her affections. Eventually, three merged into one and that’s how we got Gaston. But not in his current form. The first attempt at Gaston was actually a foppish marquess or French nobleman. But again, that was dropped in favor of a typical brutish dickhead. While he went through the most amount of changes from concept to screen, every tweak, no matter how big or small, was worth it. An absolute egotistical asshole of the highest order, Gaston (Richard White) is every negative adjective in the book and yet, you still kind of love him. While you’re never rooting for him to win, you are enjoying every second he’s on screen and that’s the mark of a truly great villain. 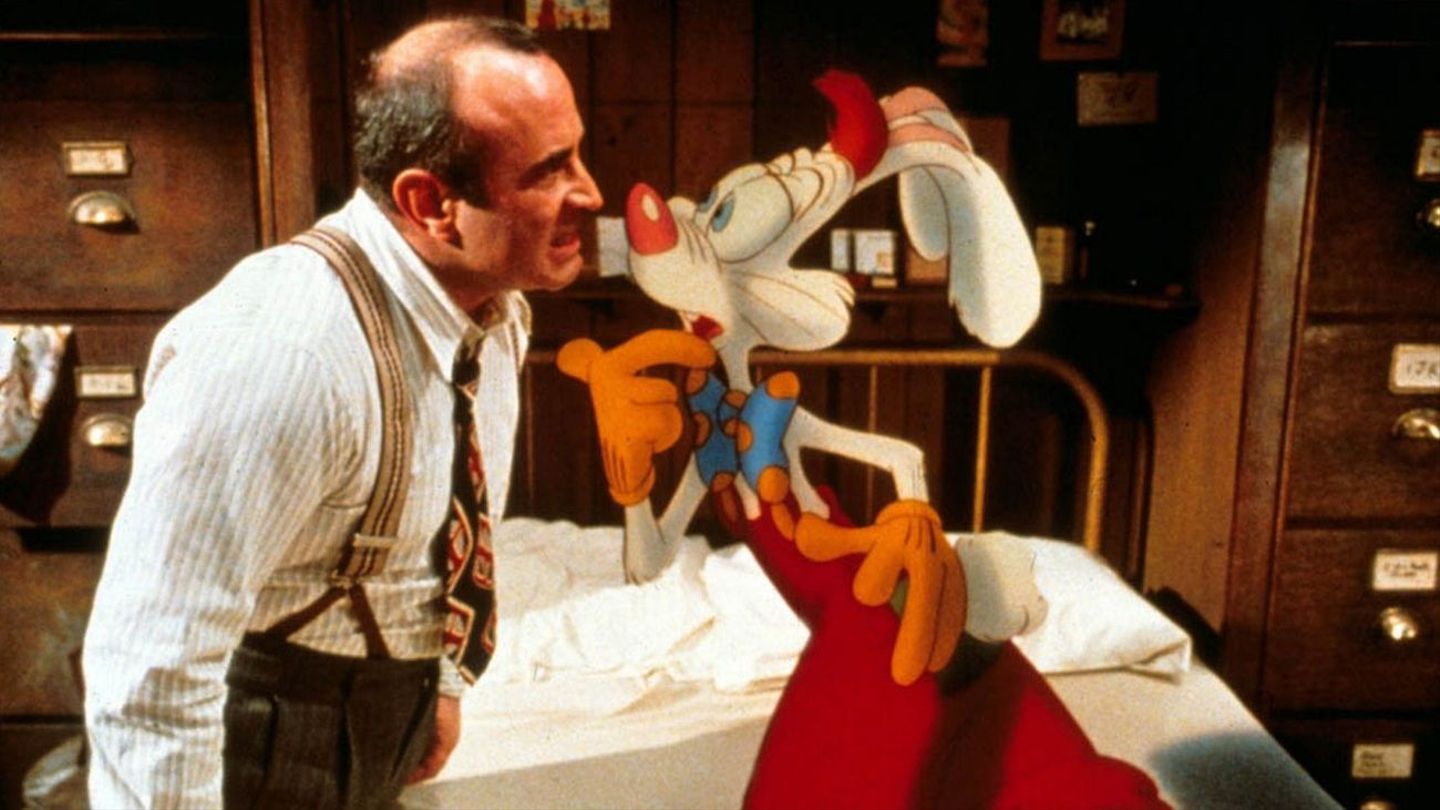 I don’t think Bob Hoskins gets enough credit for his performance in this film. He completely sells every interaction with an animated character he has in this film. Compare this to Cool World, another film that mixes live action with animation that came out four years after and it’s night and day. Pitt never feels like he’s even in the same room with any of the characters, his eye line is all over the place and even when it matches, you never feel anything. If it wasn’t for Hoskins’ performance, you wouldn’t buy that these cartoons are real and if you didn’t buy that, then the film just doesn’t work, period.

Having him just interact with characters would’ve been enough but to pair him with the hyper active Roger Rabbit (Charles Fleischer), is a stroke of genius. Valiant is a no-nonsense film noir-ish private detective who barely cracks a smile and Roger is an annoyingly loud chatterbox who cannot stop trying to be funny. Pairing two opposites together isn’t anything new but few pairs are as diametrically opposed as these two are, which creates nothing but cinematic gold. 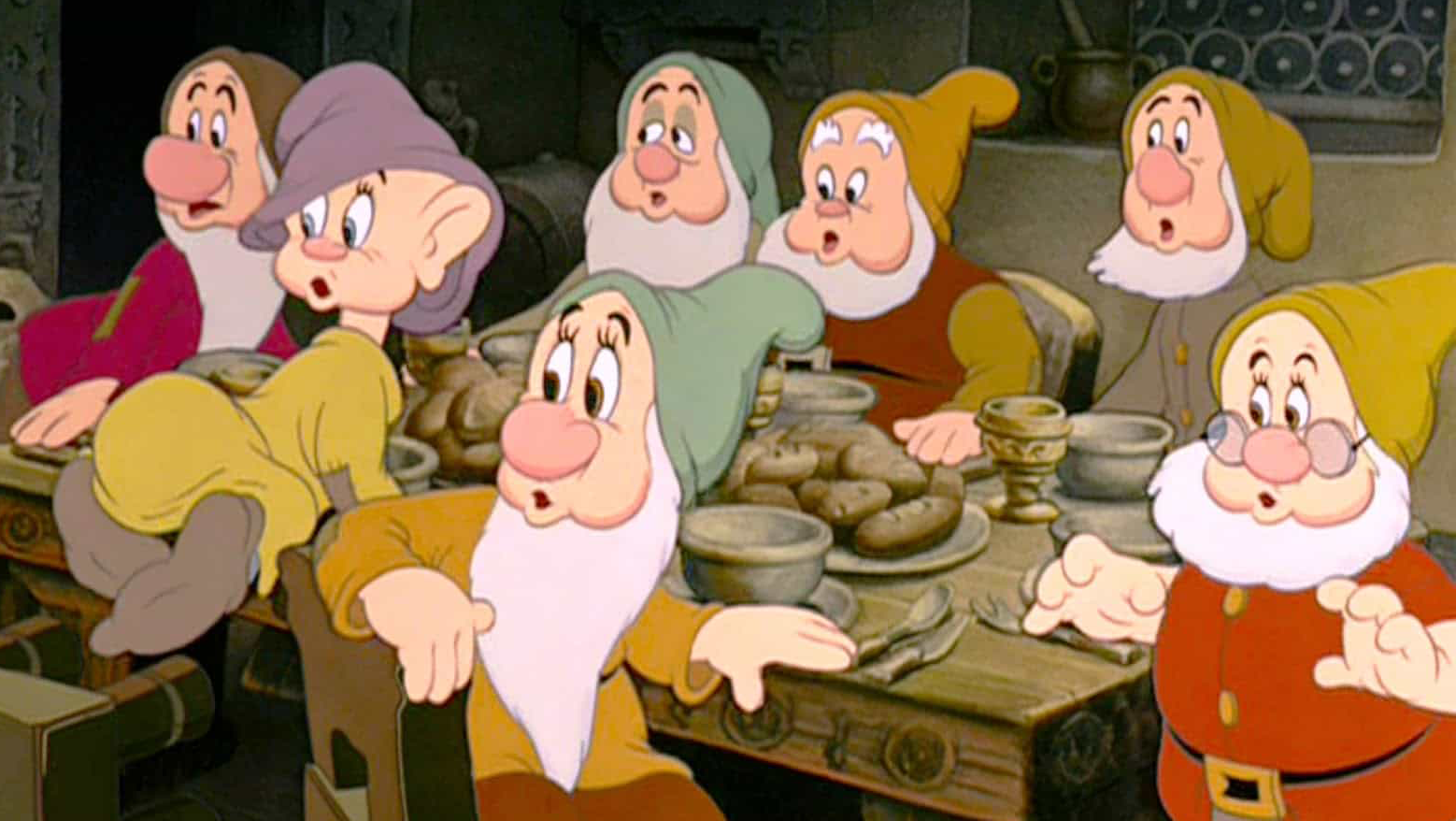 The seven dwarfs are diamond miners who let Snow White (Adriana Caselotti) stay in their cottage under the condition that she, in their words: “keep house for us, and cook, make beds, wash, sew, and knit, and keep everything clean and orderly, then you can stay with us, and you shall have everything that you want.” Coincidentally named after their most prominent personality trait, the seven dwarfs are as follows: Doc (Roy Atwell) – the leader of the seven dwarfs, who often mixes up his words. Bashful (Scotty Mattraw) – who is very shy and kind-hearted. Grumpy (Pinto Colvig) – who, as his name implies, is grumpy. Sneezy (Billy Gilbert) – has power sneezes due to extreme hay fever. Sleepy (Pinto Colvig) – is chronically tired and appears lethargic in most situations. Happy (Otis Harlan) – is jovial and is usually always laughing. And last but not least: Dopey – who is accident-prone and mute. While all of them are instantly recognizable, Dopey is easily the most iconic. He was emblazoned on WWII patches and was almost the lead of the Sorcerer’s Apprentice segment of Fantasia. 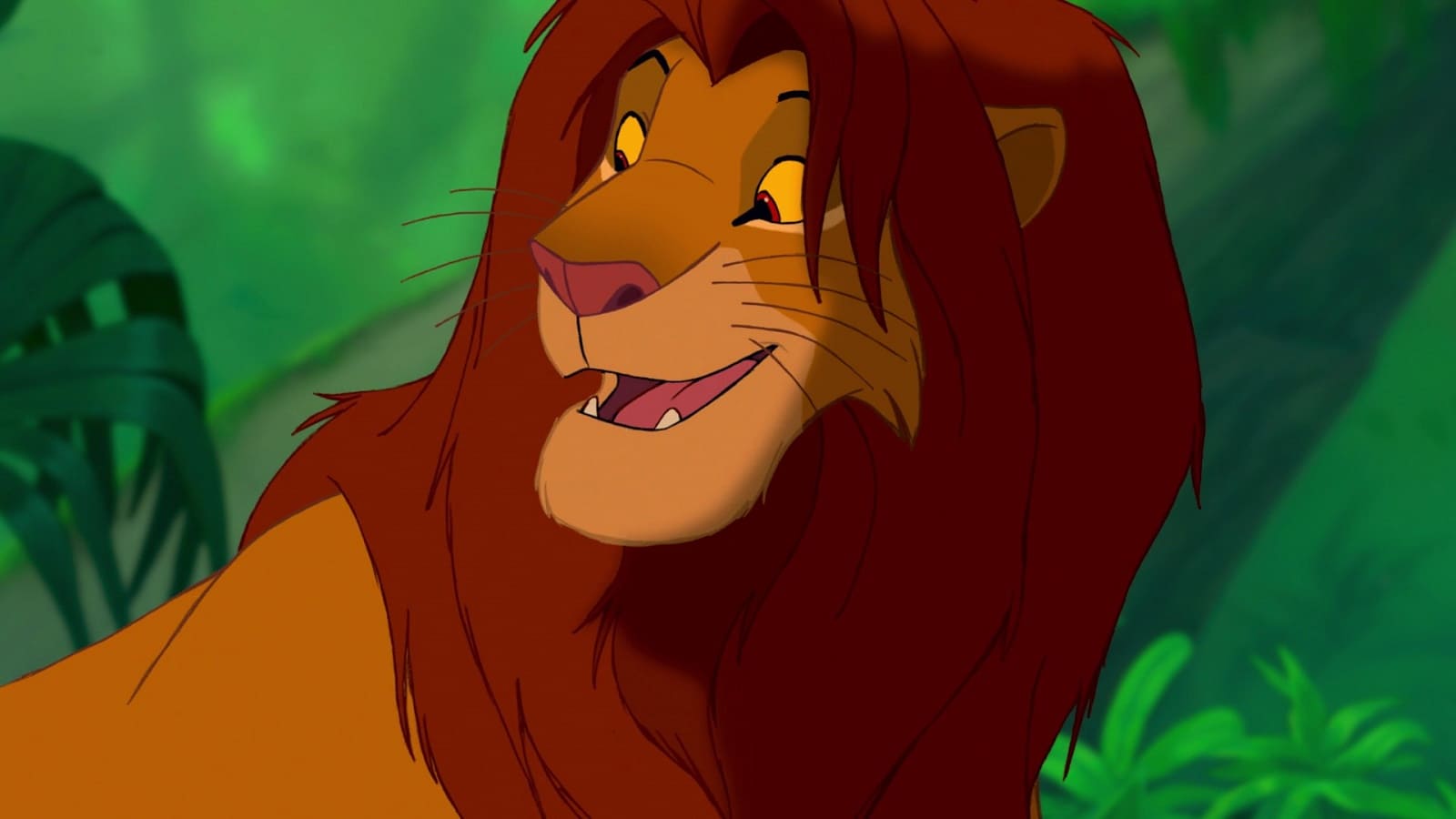 Blamed for the death of his father by his malevolent uncle Scar, Simba (Jonathan Taylor Thomas and Matthew Broderick) abandons his kingdom for a jungle oasis inhabited by a meerkat and warthog (Nathan Lane and Ernie Sabella.) While there, he lives a life of leisure; eating fat grubs and pretty much just taking it easy. But over at Pride Rock, famine and drought have killed everything since Scar took over. Can Simba find the strength within himself to challenge his uncle to save his home and more importantly, can he somehow live up to the expectations he’s unnecessarily put on himself by comparing himself to his father? A Shakespearean tale by way of Disney, The Lion King is textbook hero’s journey done astronomically well.