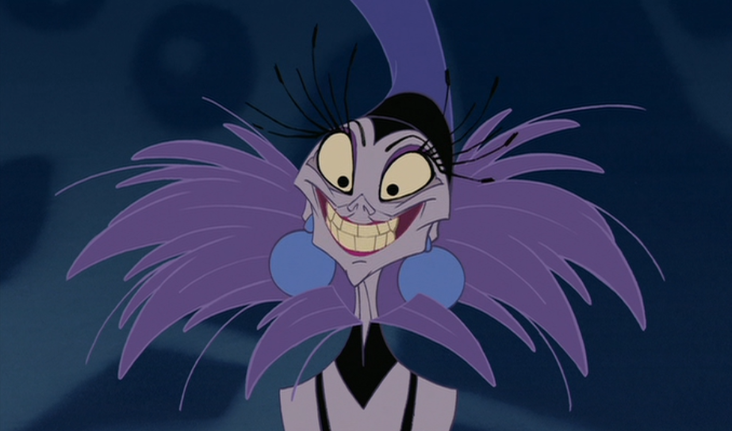 A hodgepodge of different character traits lifted from other Disney villains, Yzma (Eartha Kitt) is Jafar and Ursula mixed together, with a little bit of the Evil Queen thrown in for good measure. She’s Kuzco’s (David Spade) advisor who seeks revenge after he fires her for secretly running things behind his back. Using her vast knowledge of alchemy and science, she devises the perfect revenge plan: to turn him into a flea, put that flea inside of a box, and then put that box inside of another box, mail it to herself and when it arrives, she’s going to smash it with a hammer.

After realizing that that plan had too many steps, she plans to just poison him instead. But since Kronk (Patrick Warburton) mislabeled the vials, she accidentally ends up turning him into a llama instead. The first and last villain who’s vanity, hideous appearance and evil intentions are played for laughs, rather than menace, Yzma stands alone as the only main Disney villain who’s arguably funnier than the lead. 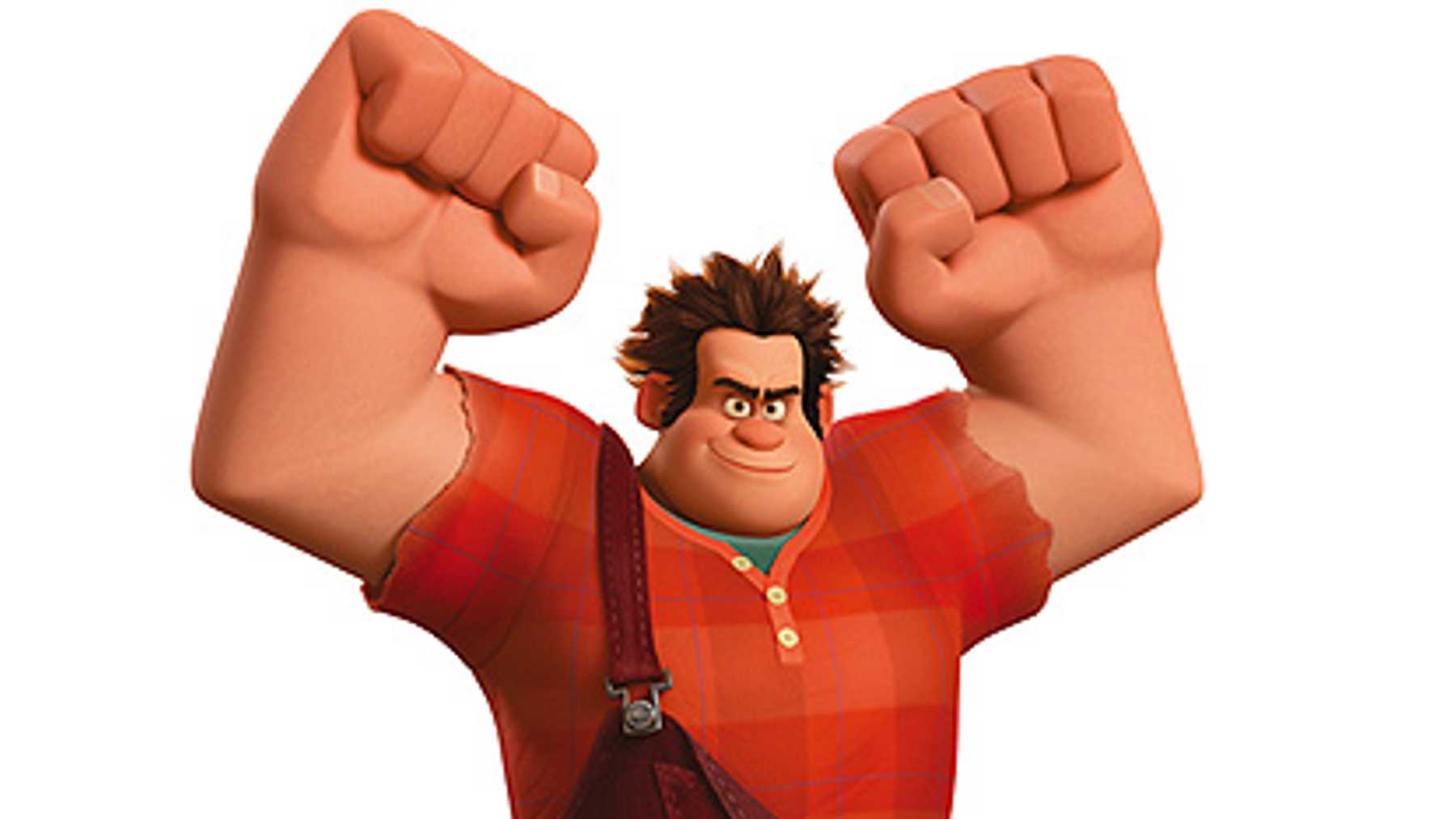 In the earliest versions of the story, Ralph was merely a supporting character, with Fix-It Felix Jr. (Jack McBrayer) actually serving as the film’s protagonist but years upon years of rewrites, someone finally realized that Felix had no arc. The heart of the story was Ralph’s journey of becoming a hero and by extension, what a hero actually is. So they swapped their roles and in doing so, created the most unique character arc a Disney “villain” has ever had. He’s a villain that doesn’t want to be a villain.

Through circumstances out of his control, he’s put in the position of the bad guy and because of this, everyone around him treats him accordingly. Even though it’s out of his control, because he was born in a lower position than the rest of society, he’s labeled as lesser. The film’s ultimate message is about accepting those less fortunate and to stop mislabeling things we don’t understand. Ralph maybe labeled a bad guy but in that digital chest beats the heart of a hero. 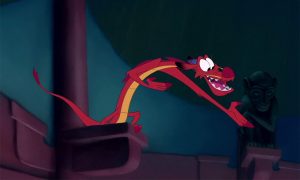 After the success of Aladdin, Disney mandated that every funny sidekick be voiced by a huge celebrity to try and replicate that Robin Williams magic. Sometimes it worked, sometimes it didn’t. Mushu is definitely amongst the latter. While Eddie Murphy would find much more success within the Shrek franchise, his Mushu is still a highlight of Mulan. A Fast-talking, wise cracking dragon who’s supposed to help guide Mulan (Ming-Na Wen) but is utterly incompetent. He ultimately redeems himself through courage and determination but really, if it wasn’t for the cricket (the real hero of the movie), he’d never become a full fledged dragon. 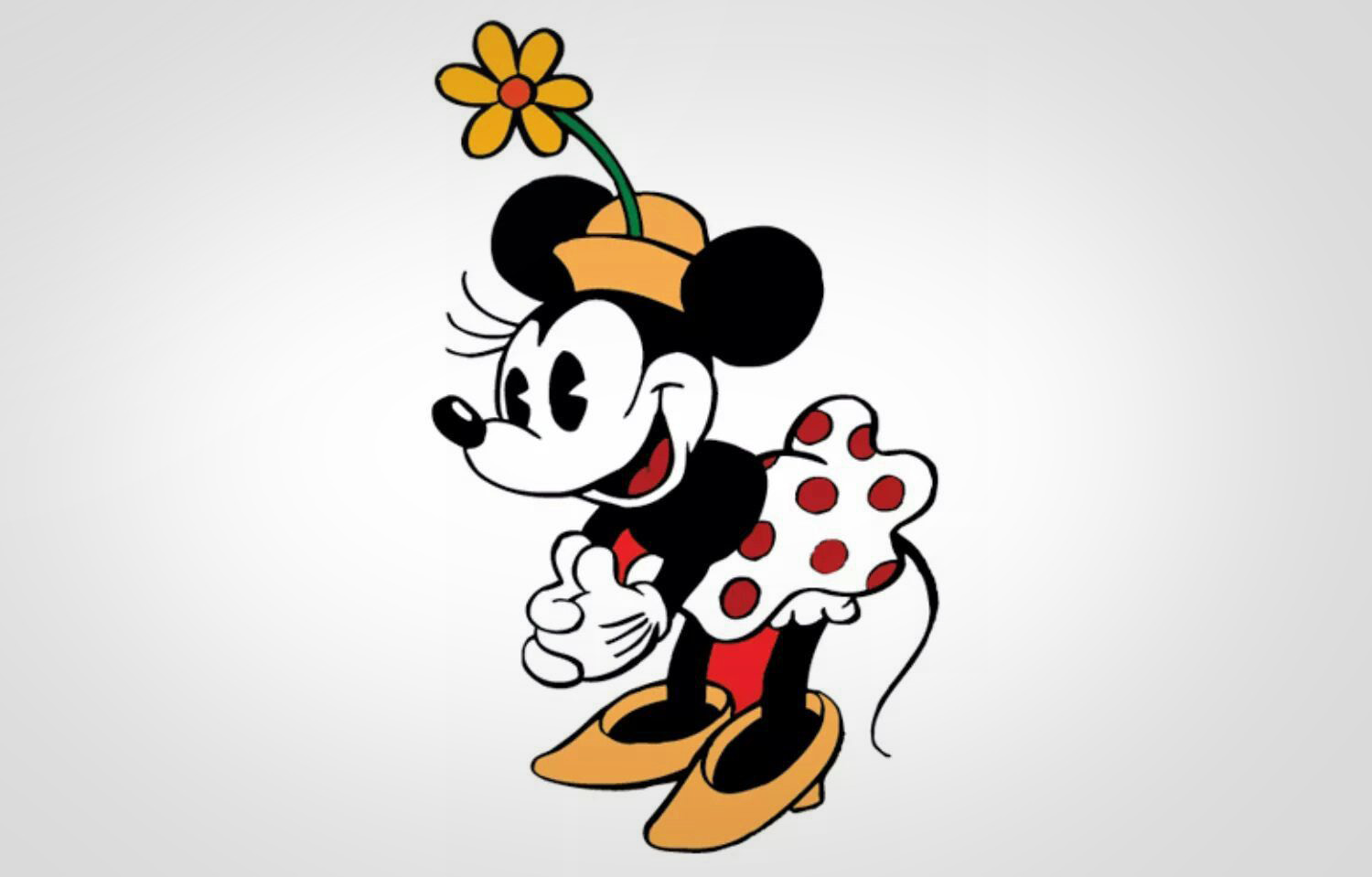 Even though she’s the fourth ever Disney creation and is Mickey Mouse’s girlfriend, there was a time when Minnie Mouse fell into relative obscurity. In the early cartoons, she played the role of a damsel-in-distress, being kidnapped by Pete (or any variation therein) and needing to be rescued by Mickey, but by the time the 40’s came around, her role had shrunk significantly until they stopped using her altogether. It wouldn’t be until the 80s as fuck television special Totally Minnie, that she would come back into popularity. Ever since then, she’s endured as one of Disney’s most popular and significant characters. She even received a star on the Hollywood Walk of Fame back in 2018. Pretty impressive for character who’s only claim to fame is getting kidnapped a bunch and for her penchant for polka dot dresses. 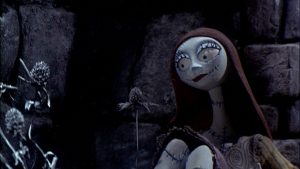 Created by Dr. Finkelstein (William Hickey) to be his assistant/companion, Sally (Catherine O’Hara) is a humanoid ragdoll made up of various pieces of cloth haphazardly stitched together, with dead leaves used as stuffing. Held under lock and key, in order to sneak out to see her love Jack (Chris Sarandon), she poisons the doctor a couple of times a week with deadly nightshade (covered up with worm’s wart and frog’s breath) and dismembers herself, only to put herself back together. A hopeless romantic with unexplained psychic premonitions, she stands by her man’s crazy idea to royally fuck over two separate holidays that she herself knows will end in tragedy all because she loves him. Ladies take notes, that’s, what the kids call #RelationshipGoals. 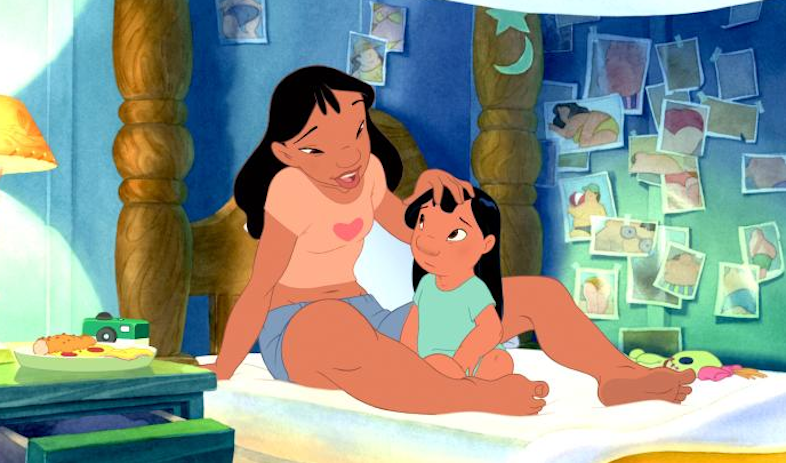 In a film involving all sorts of aliens and alien bounty hunters, Nani Pelekai (Tia Carrere) is not a character that immediately sticks out. Of the main characters, she’s probably the least memorable. She’s not funny like Jumba and Pleakley, she’s not intimidating like Cobra Bubbles and she’s not adorable like Lilo and Stitch. But she has a trait that none of them have: she’s human. It took Disney 75 years to make a human character who’s actually human. She deals with real life problems that no other character has.

She has to juggle work with being a sister who’s also a defacto mother while also dealing with child protective services and to top it all off, there’s also an alien living in her house. It would’ve been so much easier adding some parents to this film but the fact that they decided to remove them to add some realistic human tragedy, adds another layer of humanism to the film. She’s not a perfect character. She makes mistakes but its those mistakes that make her one of the best and most underrated Disney characters. 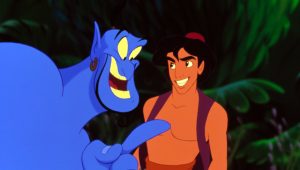 A street rat from the city of Agrabah, Aladdin (Scott Weinger) spends most of his time stealing food and getting chased by guards with his monkey sidekick, Abu. While in the market one day, he comes across a beautiful young lady who accidentally steals an apple and after finding out she’s the princess in disguise, decides to do whatever it takes to earn her affections. Including navigating the perilous Cave of Wonders, wishing to become a King and even fighting an evil wizard. When all he had to do was “be himself.” Based on both Michael J. Fox and Tom Cruise, Aladdin is almost nothing but charisma and likability. It’s impossible not to be charmed by his diamond-in-the-rough personality. It’s shocking that it took Disney this long to make a male protagonist that’s 1) more than just a love interest and 2) actually have personality. 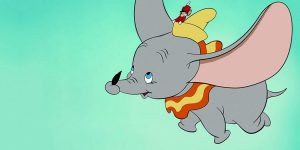 After being delivered by a stork to a circus elephant named Mrs. Jumbo, Jumbo Jr. immediately sneezes and reveals his gigantic ears to all around him, which results in heckling, teasing and the nickname Dumbo. Not the greatest nickname in the world (I mean it’s not even accurate, he has big ears, not a small brain) but they are bitch ass elephants, so I’mma cut em some slack. Protecting her son from all the nasty bullies, Mrs. Jumbo does her best to support and shield Dumbo from all the mockery but after she’s taken away, Dumbo is left without a mother, a friend and most importantly, the only support system here’s ever known.

Teaming up with Timothy Q. Mouse, the two do amazing circus acts in order to save enough money to release his mother. Because of his giant ears and a magical feather (spoiler alert: it’s not magical), Dumbo is able to fly; an ability that comes in quite handy in the circus. A momma’s boy with a heart of gold, Dumbo is an adorable sweetheart who’s only goal is to save his mother. He doesn’t need to defeat any enemies nor does he have to overcome any personal setbacks. There’s no conflict or tragedy or villain in this film, just Dumbo and his love for his mother. 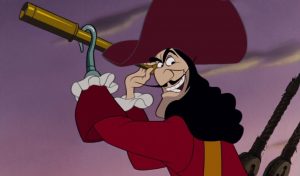 Hungry for revenge after his hand was fed to a crocodile, the no-good captain of the Jolly Roger has completely abandoned his life of piracy for a new goal: kill Peter Pan. Singularly obsessed with Pan (and to a lesser extent the Lost Boys), Captain Hook (Hans Conried) won’t stop until the boy who never grew up is at the bottom of Davy Jones locker. Among the most popular of all the Disney villains, Hook has appeared in numerous video games, park attractions, cartoons and movies. He’s so beloved, that creators can’t stop exploring his origins in things like Jake and the Neverland Pirates and the Pirate Fairy (fun fact: Tom Hiddelston voices him in that) and the live action show Once Upon a Time, in which he was a primary villain. If it’s a Disney property that mixes in different characters, you can rest assured that he’ll make an appearance. 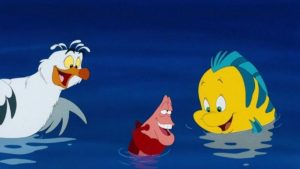 The best kind of friends are the ones that will allow you to, as long as you’re not hurting yourself or others, do something completely stupid for the sake of your own happiness. All three of Ariel’s friends encourage her bad behavior in different ways. Scuttle feeds her misinformation about the human world, which in turn feeds her desire to go there. Flounder let’s her almost get eaten by a shark because he refuses to narc on her and Sebastian, while admittedly the most proactive, still disobeys the king because she cries for like five seconds. While two of them do try and get her to stop lusting over dry land, they don’t try that hard. Because that’s what friends do. They’ll entertain and even participate in any terrible idea you have, try and get you laid and even teach you about dinglehoppers.