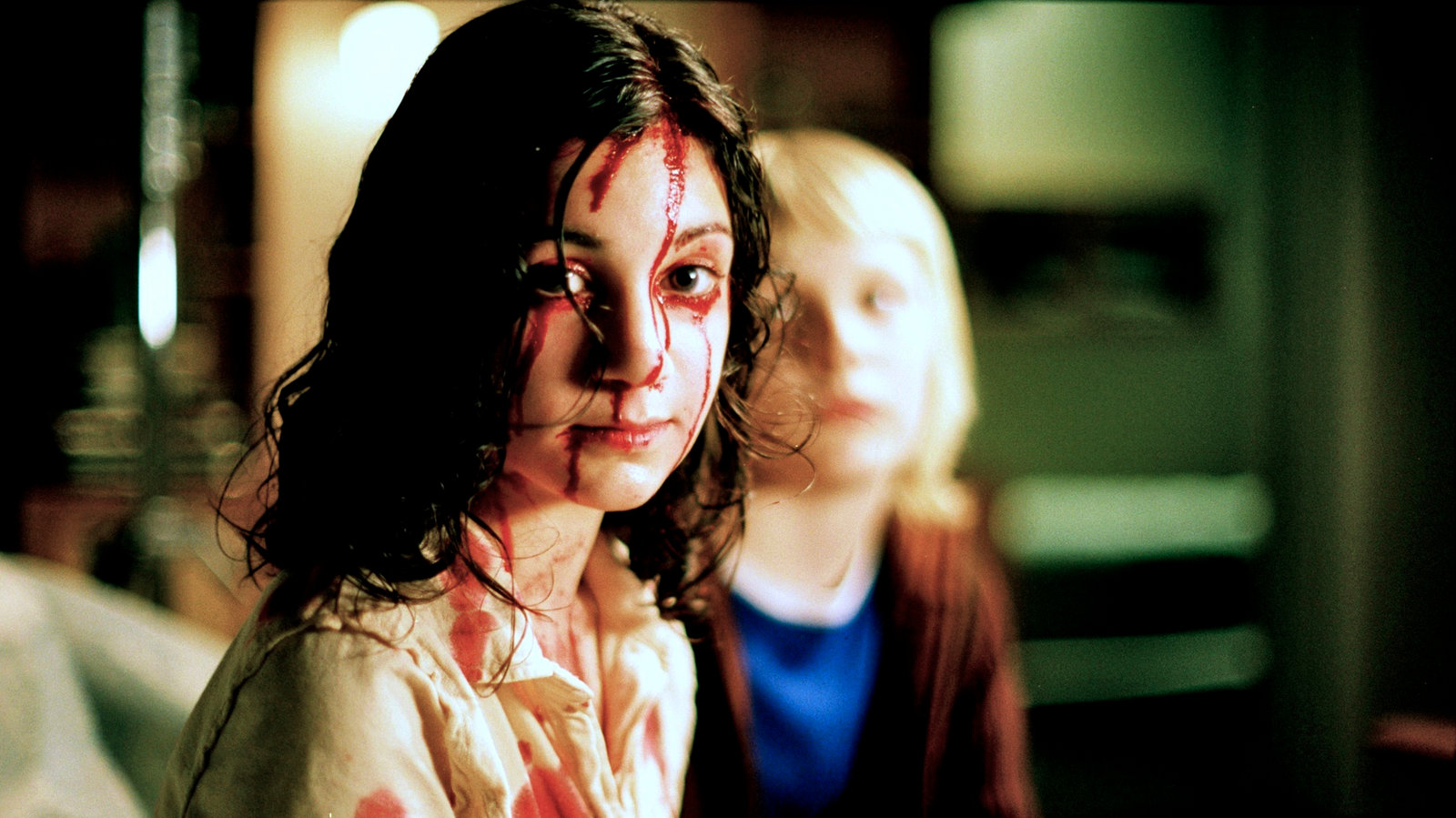 The 2008 Swedish film Let the Right One In chronicled the story of Eli, a vampire with the body of a 12-year-old child. Played by young actress Lina Leandersson, Eli finds a kindred spirit in Oskar, a bullied boy who becomes an unlikely ally to the vampire. Extremely pained by a parasitic appetite, Eli circles back around to humanity, and as a relationship with Oskar develops, emotions (like trust and love) seep back in. Eli helps Oskar learn to stand up for himself as their relationship grows. Eli is willing to protect Oskar at all costs but is it because of love or does she have other intentions for him. Eli fits in several best of horror categories as one of the best vampires and one of the creepiest kids. 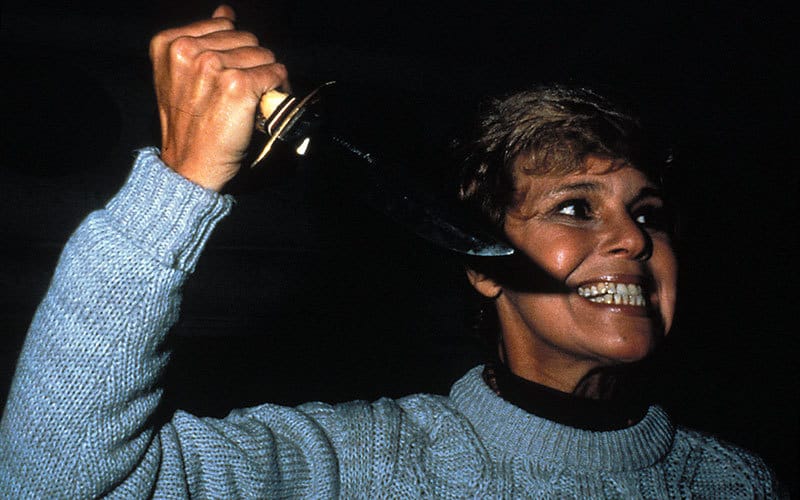 The ’80s were a great decade for horror slasher flicks, and Friday the 13th certainly didn’t disappoint. Jason Voorhees, the main villain in the franchise, is best known for murdering kids at Camp Crystal Lake after drowning there as a kid due to negligence of the staff. In the films, he takes his revenge — as does his mother, Pamela Voorhees.

Betsy Palmer plays the iconic role of Jason’s angry, vengeful mother in the original film. Her killing spree was every bit as scary as Jason’s. 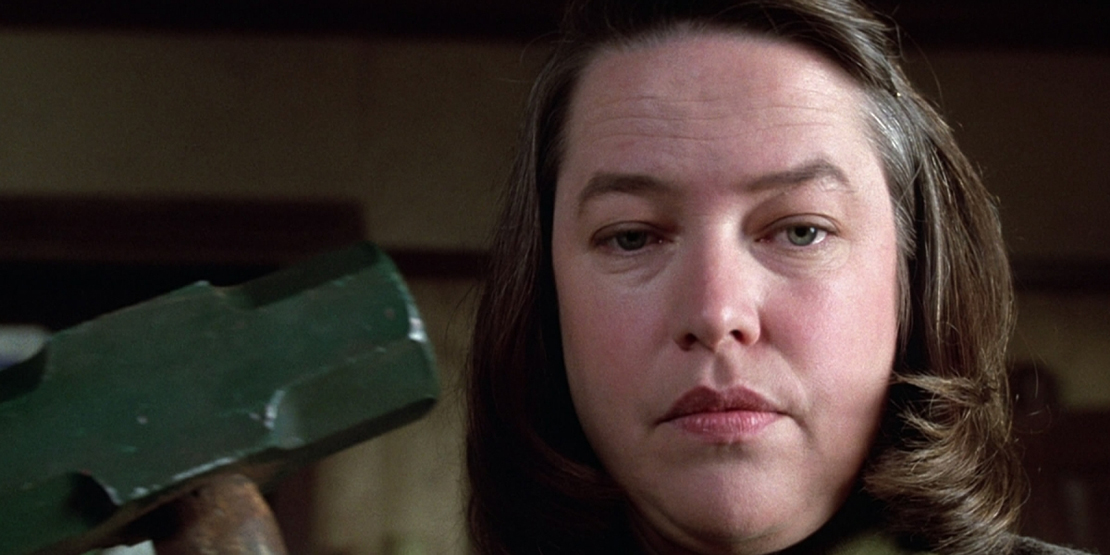 Stephen King’s novel, Misery, is much more gruesome than the movie — though no one will ever forget when Kathy Bates’ character bludgeons James Caan’s character and breaks his legs in the film adaptation. In case you’re unfamiliar with the story, Kathy Bates plays Annie Wilkes, an obsessive nurse who “rescues” novelist Paul Sheldon after a car accident. It turns out Annie is obsessed with Paul’s stories, and she refuses to let him go. Bates plays crazed Annie perfectly, as she goes from pleasant one minute to threatening the next. 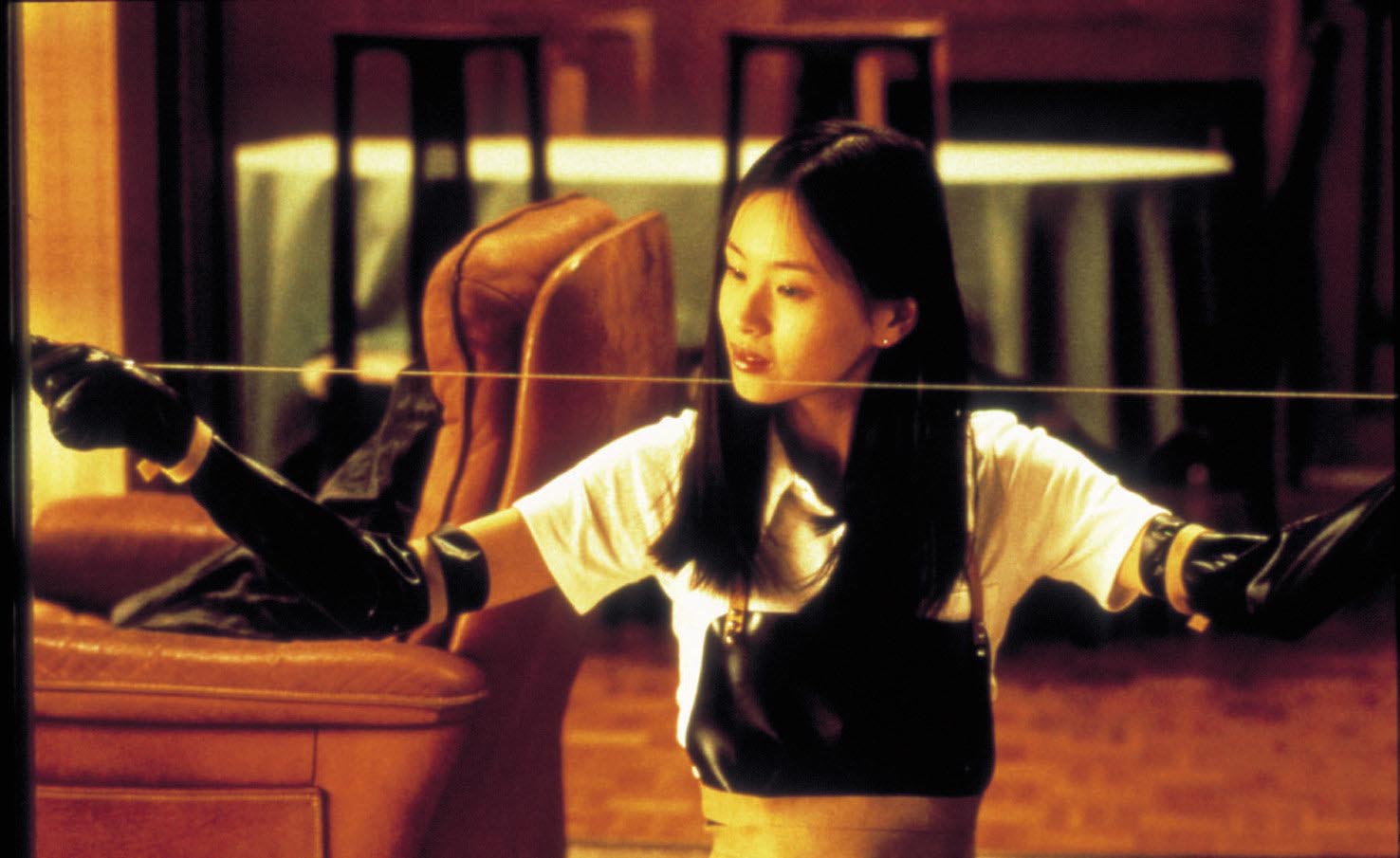 Hell hath no fury like a woman scorned (is this the first time I used this? wow), or maybe just a seriously deranged woman with a mean jealous streak. Asami Yamazaki seems like the ideal wife for widower Shigeharu Aoyama, urged to date again by his teen son. She’s sweet, docile, and Aoyama enjoys her company. But signs slowly emerge that something is off about his new lady love. Digging into her past reveals a trail of body parts and dead bodies. Even still, he’s not prepared for the wrath incurred when Asami finds a picture of his dead wife still on display in his home. Cue the piano wire, needles, and chilling giggles as she ensures Aoyama will never love anyone as much as he should love her. So creepy. 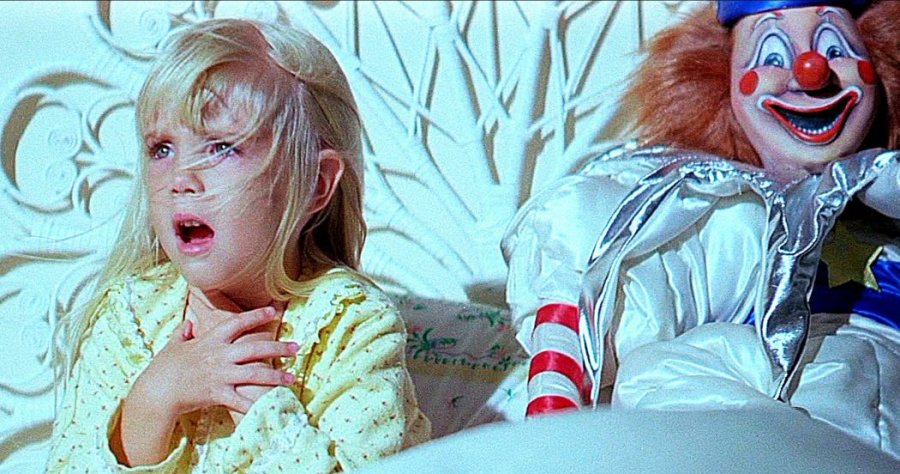 “They’re hereeee.” We have all said that great line in some form or fashion. The line was delivered by the adorable and gone too soon Heather O’Rourke. Poltergeist is considered one of the best horror movies of all-time with several unforgettable shots but none as memorable as the little blonde headed girl sitting in front of a static screen letting everyone know that the evil had arrived. Carol Anne and that quote are two of the most iconic things in horror history. 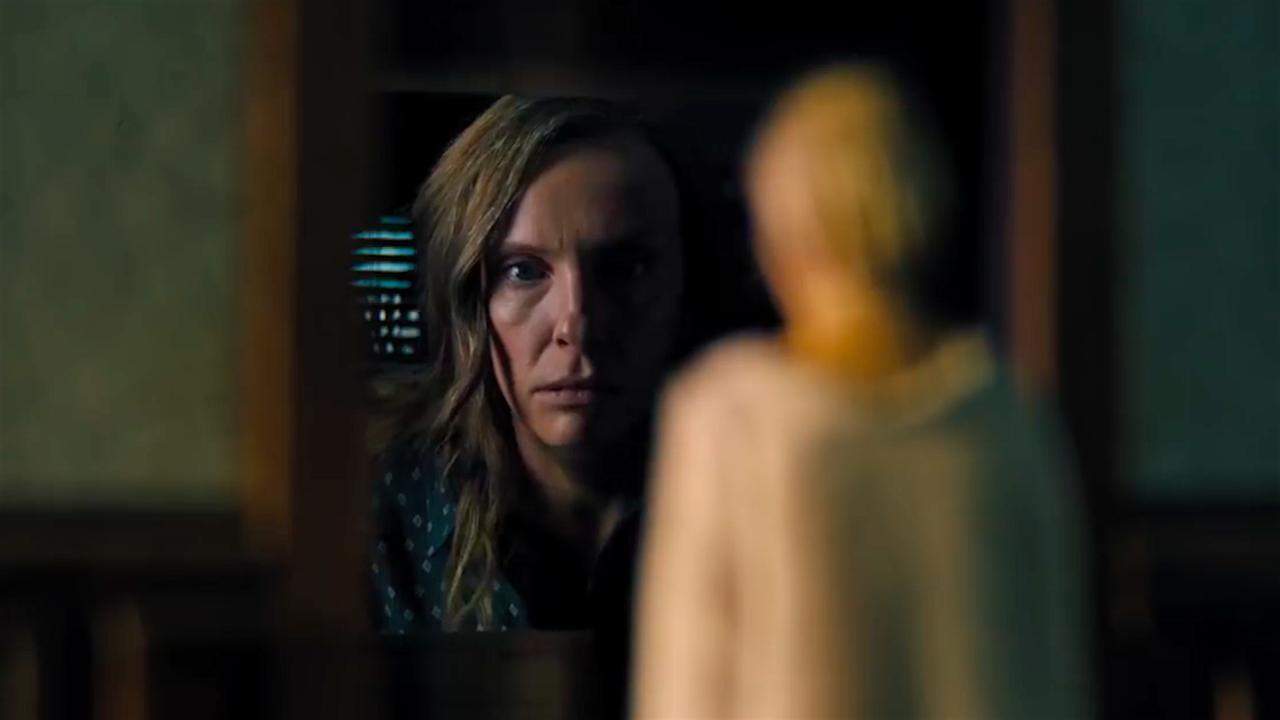 This list is filled with a lot of great horror performances but Toni Collette as this grieving mother is simply one of the best movie performances period. She deserved an Oscar nomination if not to just win the award outright. Annie already starts off as a frazzled mom who just lost her mother. While trying to move on from this loss, she and her family suffer an extremely tragic event where we witness one of the best-acted scenes of mourning of all time. Her character is also one of the more complex matriarchs out there thanks to her desire to keep her family together while simultaneously pushing them away. There are times you sympathize with her and times you despise her actions but Toni Collette simply kills it throughout the entire film. 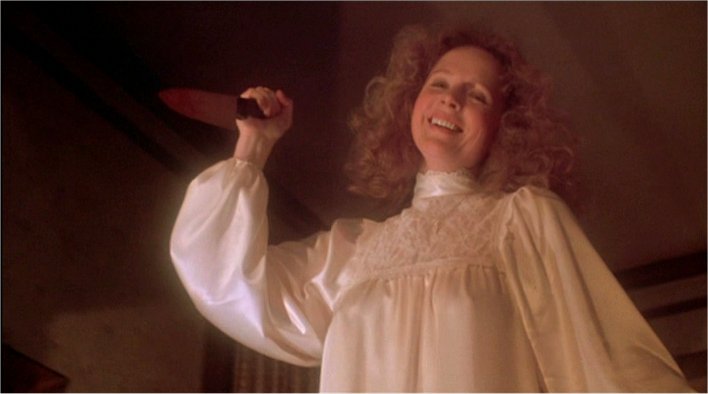 The true villain of Carrie is none other than Carrie’s mother Margaret. It doesn’t take long to discover that Margaret White’s grasp on reality was always tenuous at best, and her abuse toward her daughter has been lifelong. Who knew something called a “prayer closet,” a tool of punishment for Margaret, could be so unnerving? But Margaret becomes petrifying when she draws the conclusion that her daughter is a witch – and “Thou shalt not suffer a witch to live.” 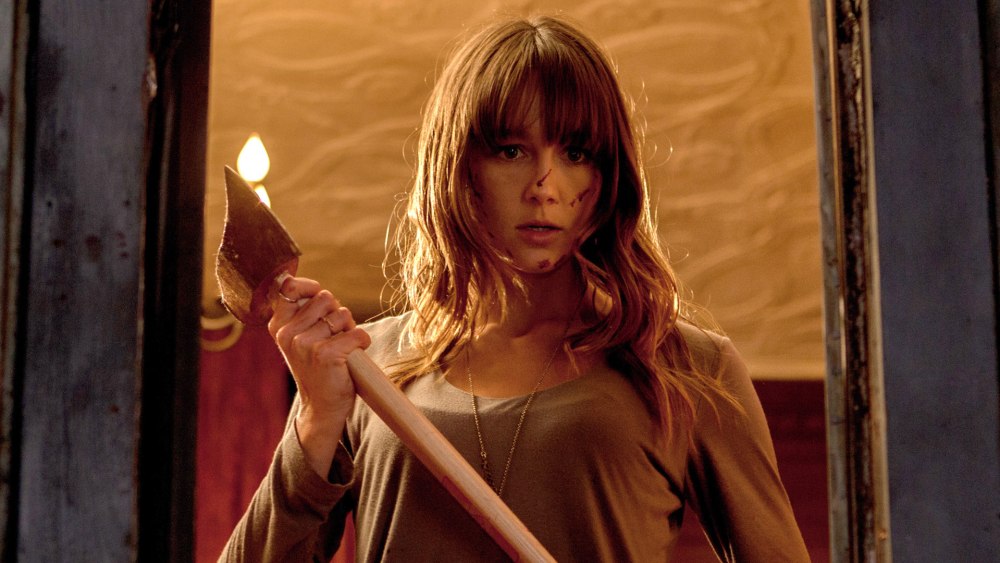 Once I finished You’re Next, Sharni Vinson’s character Erin instantly became one of the best kick-ass characters I had ever seen. The film seems like your typical home invasion movie but it’s up welcoming surprise by being fast-paced with a refreshing plot. What should have been a quiet weekend away with boyfriend Crispian at his parent’s rural vacation home for a family reunion turns into terror with the arrival of three masked killers that begin to pick the family members off one by one. Erin is intelligent, highly skilled and ready for action, making due with whatever weapon or object happens to be available while being knee-deep in a hectic situation. She becomes the hunter and is one of the best final girls of all-time.

After the events of the 1931 film, Doctor Septimus Pretorius proposes that he and Frankenstein should create a mate for the Monster. After Dr. Pretorious threatens to expose him as the creator of the Monster to the authorities, Frankenstein finally agrees. Once the lightning strikes and Dr. Pretorious proclaims her as “The Bride of Frankenstein!”, we get one of the first women of horror with the iconic look that is still instantly recognizable almost 100 years later.

Barbara may be one of the most recognizable and well known female characters in all of history but that doesn’t make her anymore less annoying and useless as the hoard of the undead come for her. What helps make this such a great character, however, is what she represents. She is the part of the population that freaks out and doesn’t know what the hell to do when catastrophe hits. She doesn’t know what to do or where to even begin unless she is instructed or slapped around a bit. Judith O’Dea’s performance goes down as one of the best in horror history.