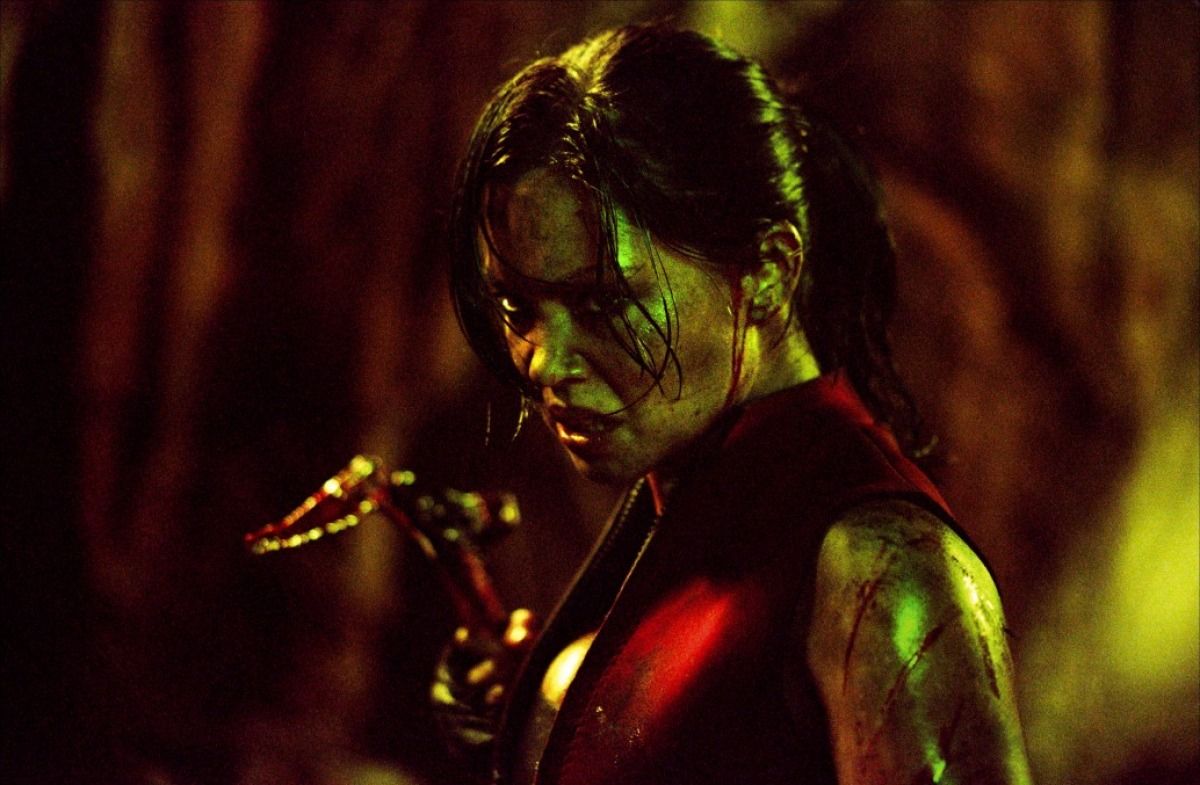 Playing like a gender flipped Alien (1979), The Descent trades the terrifying isolation of space for the claustrophobic horrors of underground caves and Xenomorphs for blood thirsty mutants but other than that, the two films are remarkably similar. They both involve groups of characters getting trapped in a remote location, getting hunted by a monster they can’t see.

And like Alien, The Descent eschews the final girl trope by making the lead a bad-ass from the jump. She immediately accesses the situation and comes up with a plan to survive. Which involves killing some fucking mutants. But the twist is, Juno isn’t the lead of The Descent. This film’s Ripley isn’t the lead, she’s actually the villain. 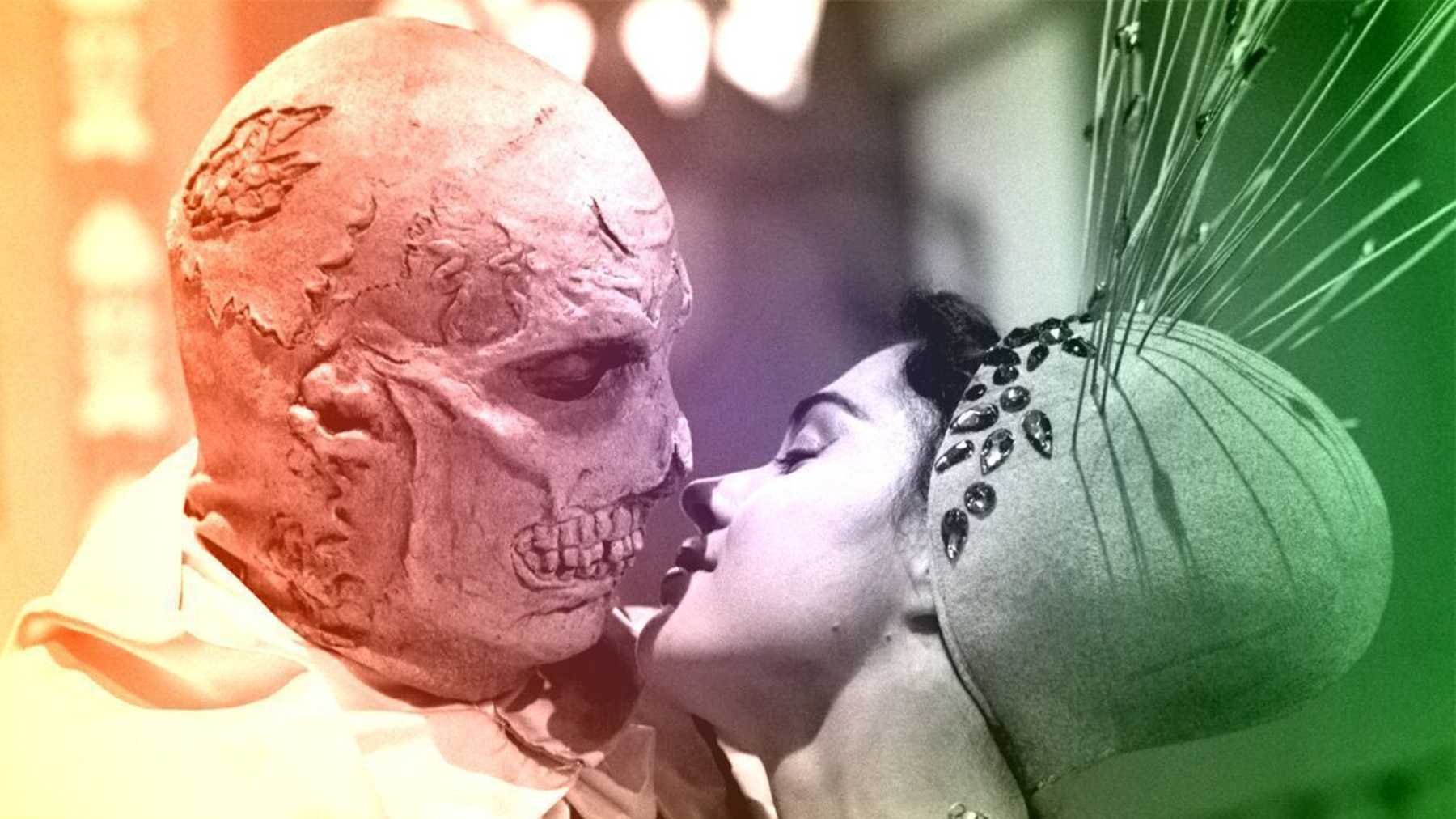 There may not be an actor more synonymous with horror than Vincent Price. His oeuvre reads like a greatest hits of the genre, with most of his films being among the best of all time. Narrowing down just one performance from a near perfect catalog is damn near impossible but as great as all of his other performances were, I don’t think Price was ever more deliciously diabolical than he was as Dr. Phibes.

Seeking revenge on the nine doctors he believes were responsible for his wife’s death, Phibes decides to go old testament for his retribution and kills them off one by one with the nine plagues from the bible. Predating both Se7en and Saw by a couple of decades, The Abominable Dr. Phibes may not be Price’s most iconic or memorable film, but it’s unarguably his most fun character. 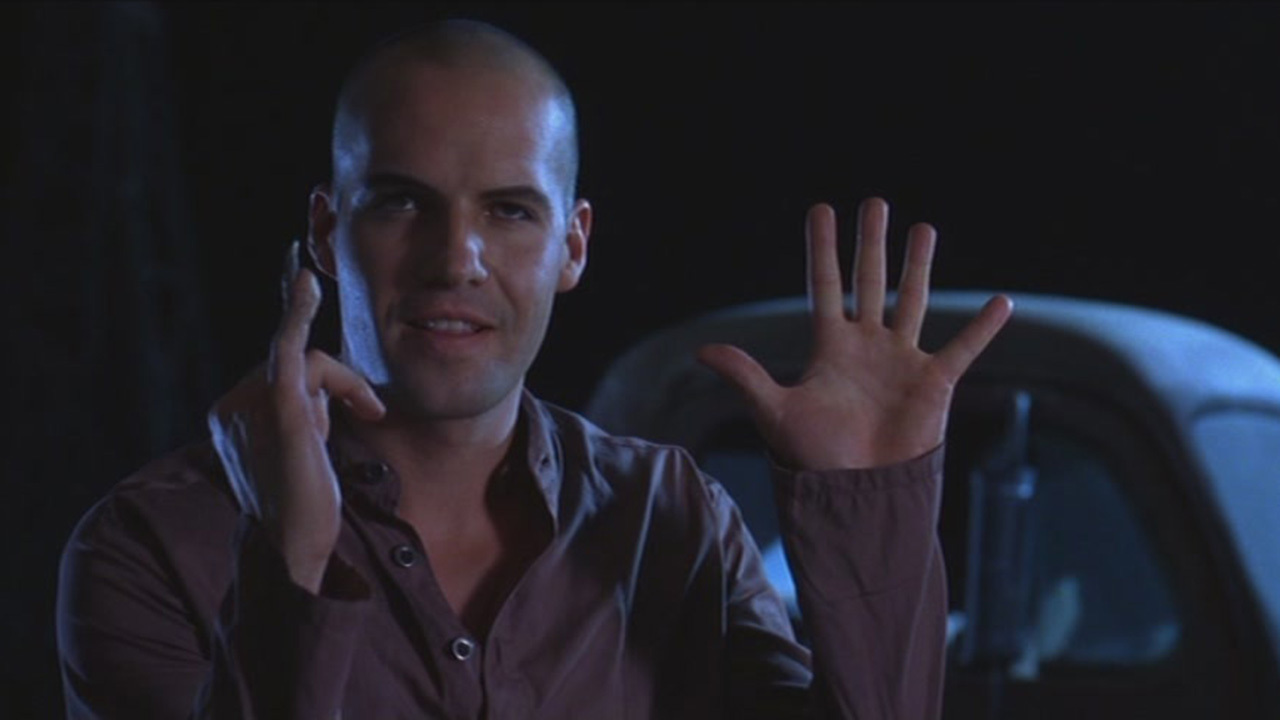 There aren’t many actors that can make evil look as fun as Gary Oldman. He brings a malevolent whimsy to each and every one of his villains. Which makes the fact that he’s never played the Devil (on the big screen) all the more tragic. It’s a perfect marriage of character and actor and while we may not have a cinematic Satan by way of Oldman, we have almost the next best thing–a crazy, over the top demon played by Zane.

Since both films are similarly themed, picture Santanico Pandemonium from From Dusk till Dawn but replace the insane sexiness and vampires for hillbilly charm and demons and you have essentially the same film. But unlike Santanico, The Collector is the main antagonist from the first frame till the last. In a film filled with hideous demons, Zane is still the scariest monster because he’s deceptively likable. He’ll disarm you with charm and then rip your heart out and eat it. 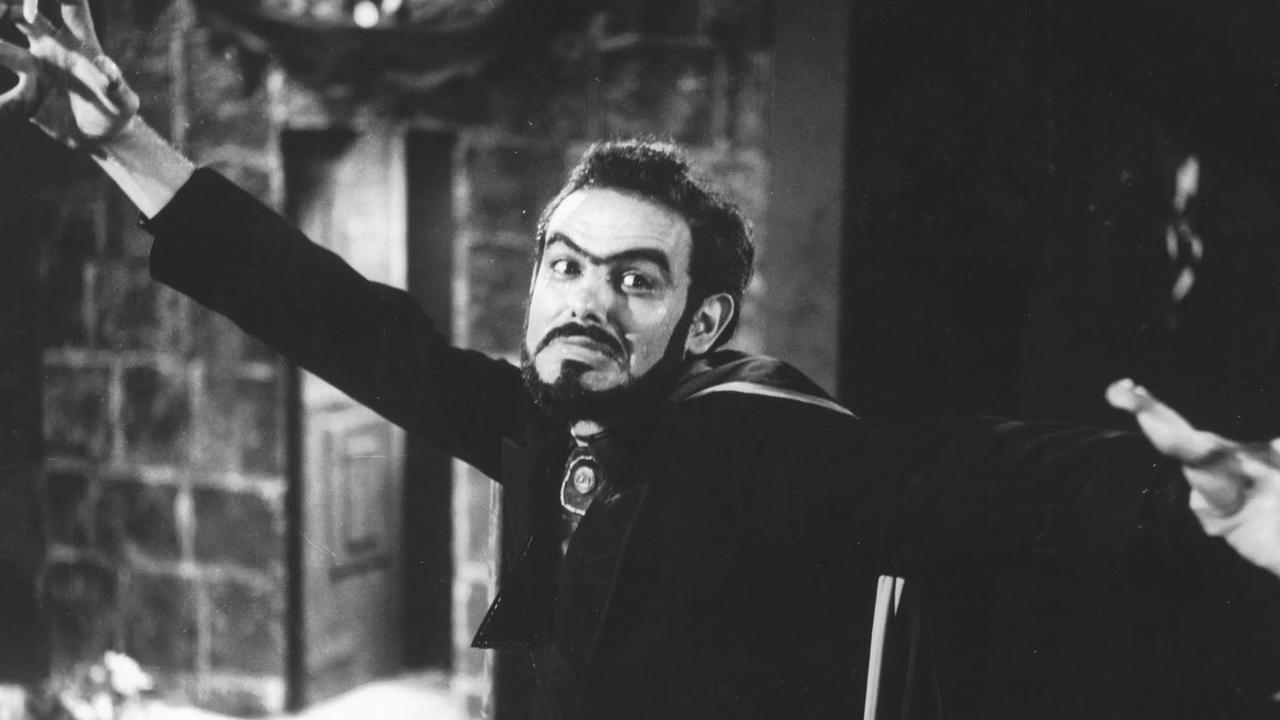 Coffin Joe, while not a household name in America or most parts of the world, is a cult icon on par with Freddy Kruger or Dracula in Brazil. With his talon like finger nails, fancy top hat and icy cold stare, Zé do Caixão (real name Josefel Zanatas) is a bewitching character who has terrorized audiences for over four decades. Not only was he the star of Brazil’s first horror film but was so popular within that country, he starred in ten films and three television series and has had songs, music videos, and comic books written about him. He’s the nation’s Boogeyman and a cultural phenomenon, which is insane to think about considering he’s a murderous undertaker obsessed with raping women in order to create the perfect male heir but considering Freddy had a 1-800 number and a goddamn rapping album and he was one step away from a pedophile, we can’t really talk. 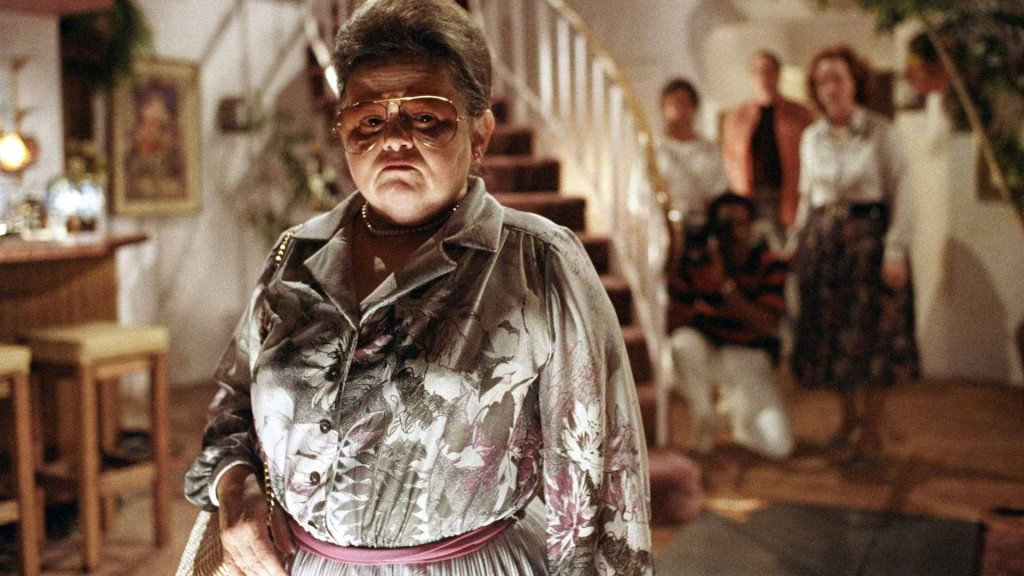 One of the many brilliant things about the film Jaws (1975), is that it’s actually two films in one. Because of it’s structure, the first half works as a horror film and the second acts as a man on a mission film, with each part having its own main character. Poltergeist is very similar to that structure. The first half is a family drama that increasingly gets more and more terrifying until the ghosts take Carrol Anne, then it turns into Tangina’s film. She’s the Quint of the film. She has the most quotable dialogue and with the exception of that goddamn clown, she’s the most memorable character in the film. She’s a no nonsense magical munchkin that ain’t afraid of no ghosts. 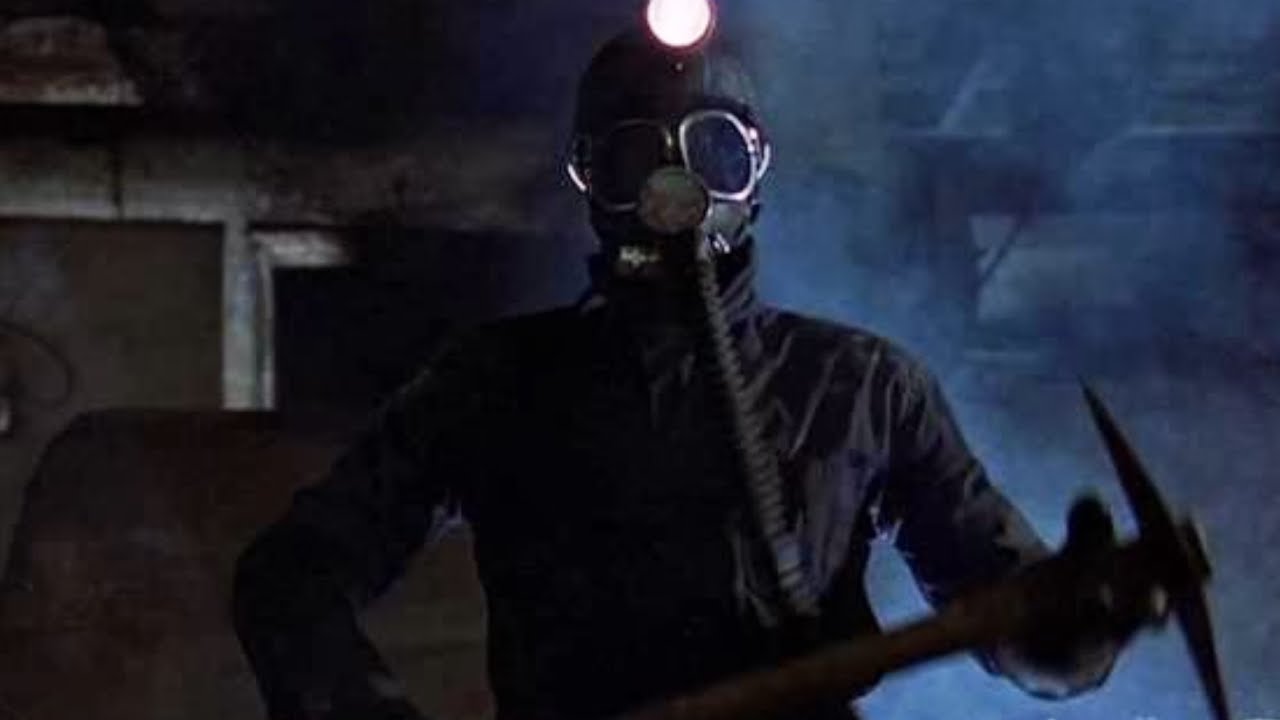 After the monumental success of Halloween and Friday the 13th, every studio immediately green lit at least five slashers in order to mimic their success. In a span of just six years, over fifty copycats were produced and the greatest by far, was My Bloody Valentine. It was far darker than the rest, much more violent and has a killer that should be as iconic as Michael Myers or Jason. The Miner has a fantastic look, a great weapon and I’d argue, is more intimidating than either Michael or Jason. (Until Kane Hodder showed up, that is.) 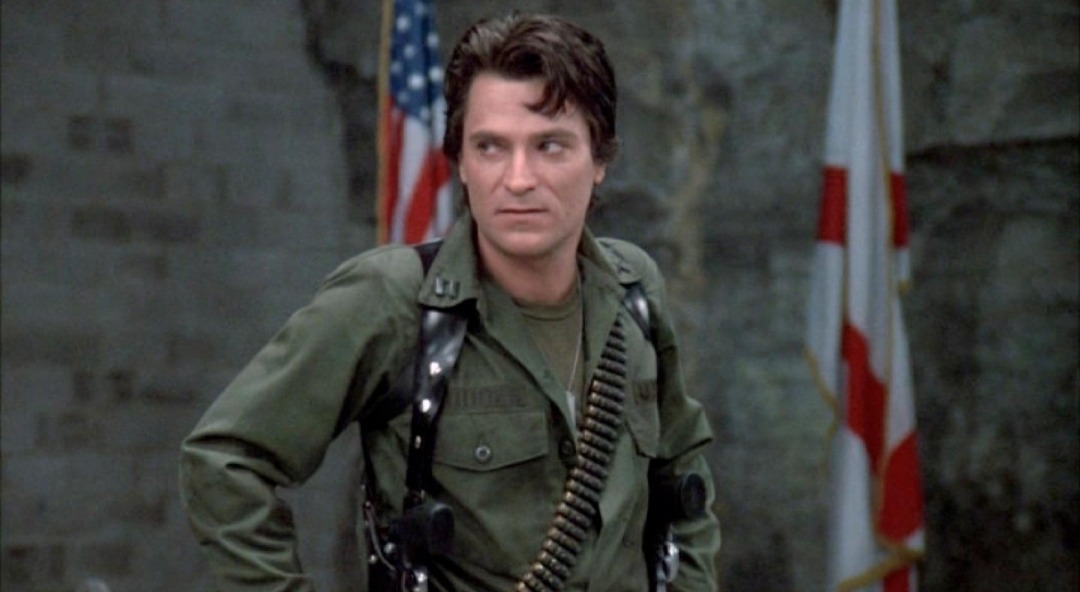 The brilliance of Romero’s dead series (the first three at least), was that the films were never about the dead. Zombies were always used as a metaphor for something else. Vietnam, racism, consumerism, an unchecked military–each film is a dark satire of the decade in which it was released, with Day of the Dead being the darkest by far.

This is the film Romero was through fucking around with allegory. Zombies are no longer used as metaphor here. This film proposes for the first time, that not much separates the zombies from the humans. And that’s no more evident than with the character of Rhodes. Acting as the commanding officer, Rhodes is a psychotic douchebag of the highest order. He’s such a piece of shit, that he easily earns the distinction of being the most satisfying death in cinematic history. 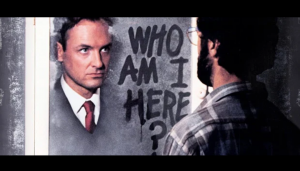 Loosely based on the story of John List, the New Jersey man who killed his family in 1971, The Stepfather is about a man obsessed with the perfect nuclear family. He envisions himself a family man, with a wife and two perfect kids. A house with a white picket fence and the greenest grass in the neighborhood. And if one element of his fantasy is wrong, like for example, a mouthy teenager who doesn’t like him, he’ll kill them all and start over. Terry O’Quinn is absolutely phenomenal as the stepfather. His rage induced outbursts, coupled with his penchant for talking to himself, make him a dangerously unpredictable character. 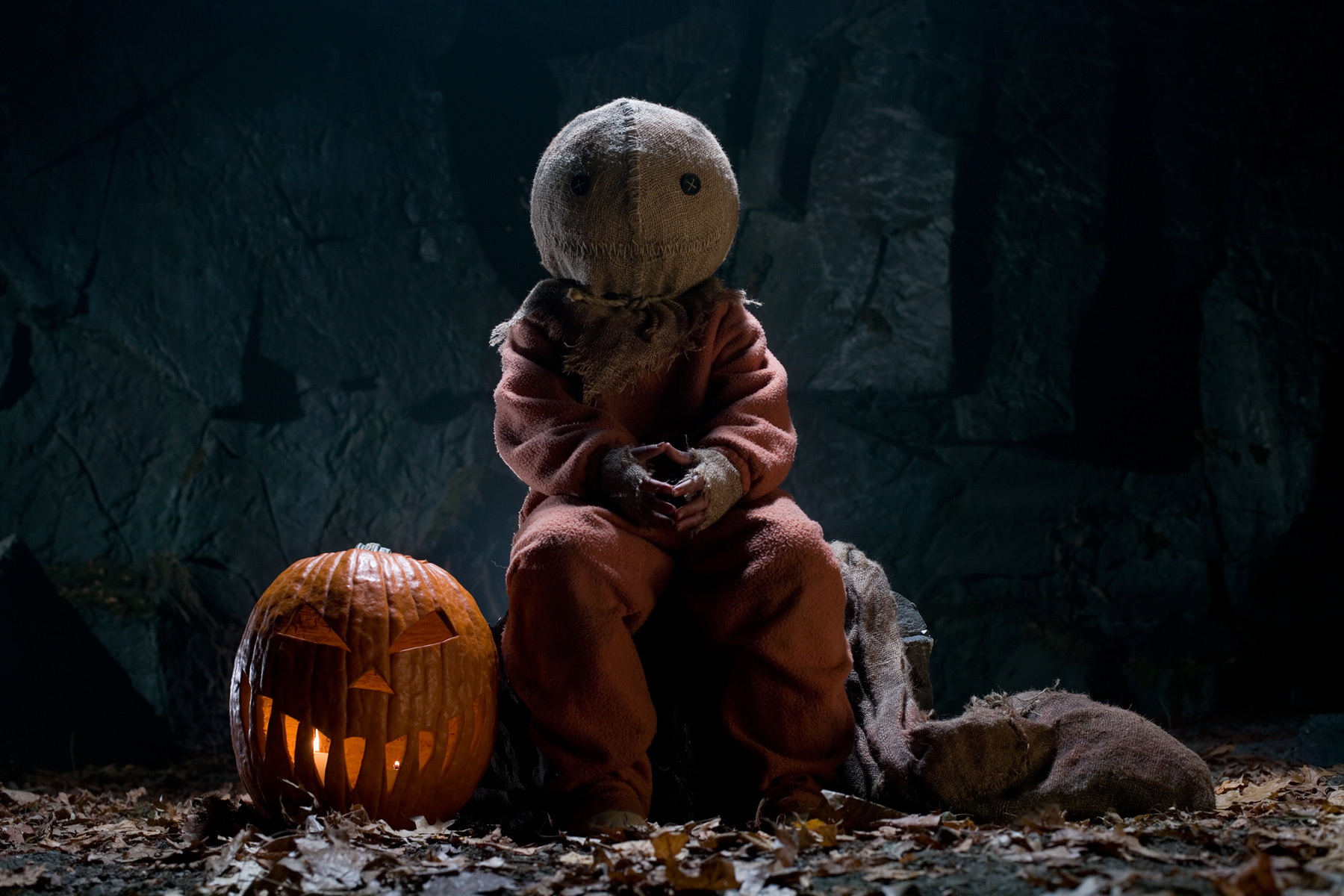 With the release of the Nightmare Before Christmas (1992), Tim Burton made a valiant attempt at making Jack Skellington the unofficial mascot of Halloween and even though he’s super fucking popular with the Hot Topic crowd, the plan never caught on. I can see why, as he has no appeal to anyone outside of goths but the character that could’ve been a contender, is Sam from Trick ‘R Treat.

If Warner Brothers didn’t intentionally sit on this film for years, we might’ve gotten a new horror anthology around October every year but since the film was unceremoniously dumped to DVD, it never got the audience it deserved. Acting as the glue that ties all of the segments together, Sam is a supernatural entity that punishes those who have no respect for tradition. With his burlap mask and dirt orange onesie, Sam is arguably the last great Halloween costume to spawn from a horror character. 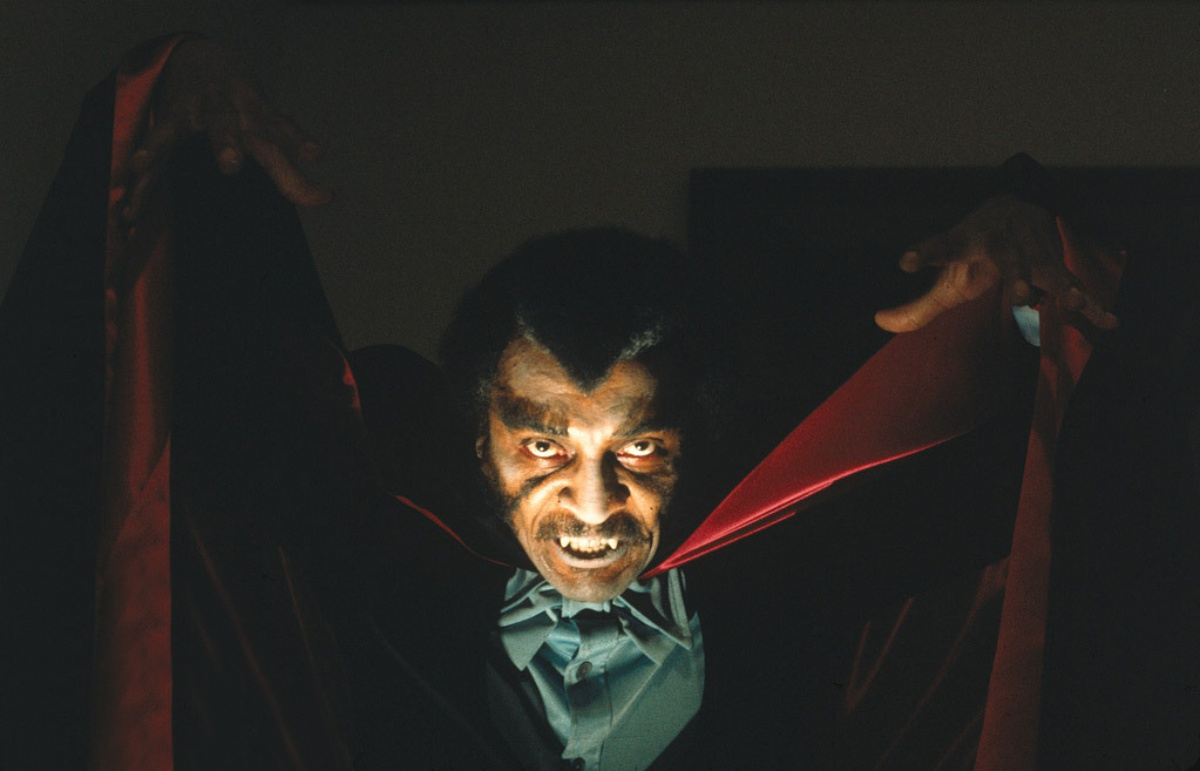 Blacula should’ve been a disposable blaxploitation spoof that disappeared into the cinematic aether like Abby and J.D.’s Revenge and if any other actor was the lead, it would have but since someone had the bright idea to cast William Marshall in the lead role, the film and the character have persevered long past its expiration date. There’s a reason nobody remembers or cares about Blackenstein but this film has endured and that’s solely due to William Marshall’s performance.

He takes a ridiculous character that’s nothing more than a joke and imbues it with so much gravitas, you would think Shakespeare himself created him. This isn’t a “so bad, it’s good” performance, this isn’t a “I’m winking at the audience so you know I’m part of the joke” performance, this isn’t an actor matching the tone and delivering his lines accordingly performance. This is a performance that transcends the film it’s in and is so good, it makes it impossible to ridicule any other aspect of the production. I have no idea how big his paycheck was for starring in this was but I guarantee it wasn’t big enough. This is one of the best genre performances ever, it just happens to be in a cheap knockoff with a silly title.