Although video games are still in their infancy compared to every other medium, there’s still hundreds of titles that have slipped through the cracks over the years. Whether it’s due to mediocre reviews, poor marketing and/or bad timing, some gems undeservedly get buried. The goal of this list is to unearth the treasures of the past and to shine a light on the underrated and overlooked games of today.

Hit Start. This is the 100 Greatest Obscure Games. 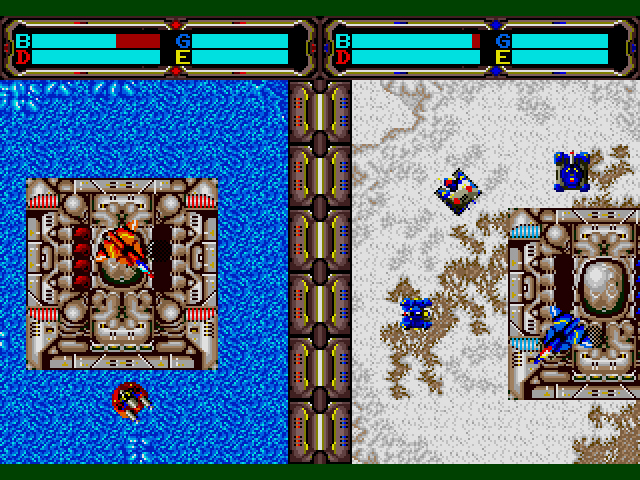 A fusion of real-time strategy, resource management and shmups, Herzog Zwei is arguably the most impressive game on Sega’s 16-bit powerhouse. Herzog Zwei (terrible title, I know) is a two-player game in which the object is to destroy the enemy’s base by mining resources in order to craft a vast assortment of units such as: tanks, armored cars, soldiers, etc. Years ahead of its time, this game laid the foundation for games like Dune 2, Starcraft, and Command and Conquer. 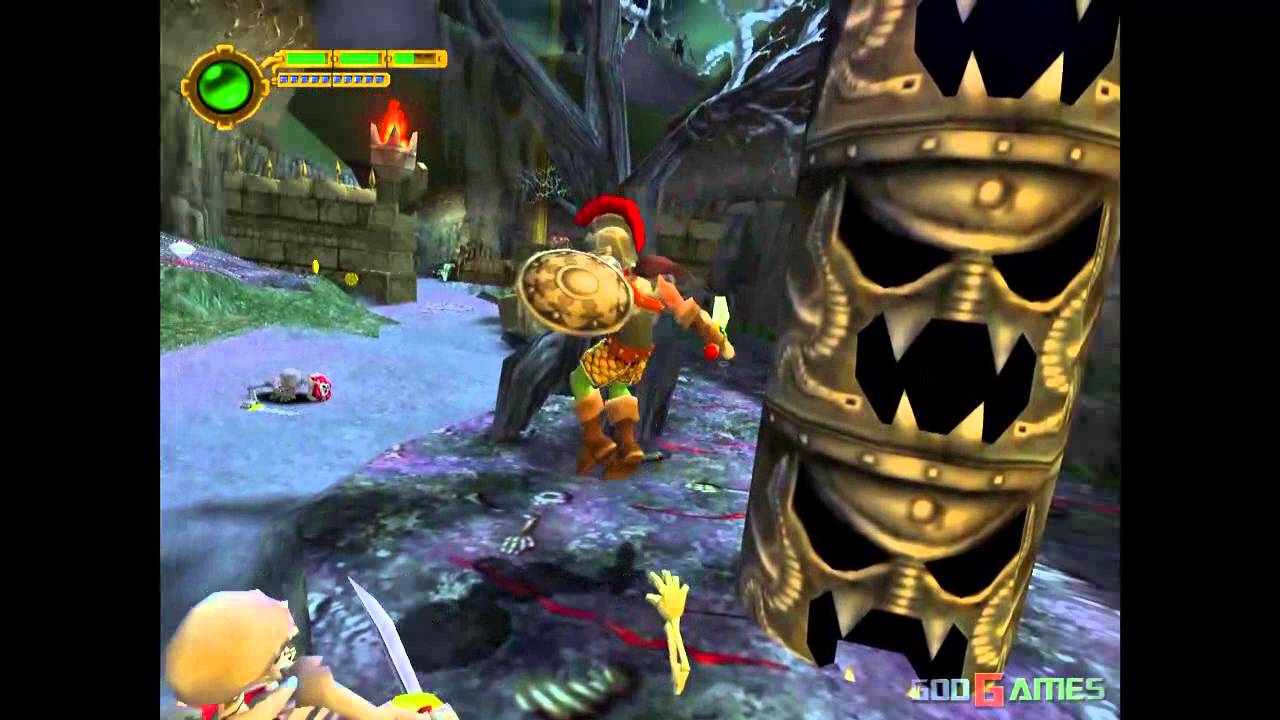 Whether you call it a spiritual successor to the Ghosts ‘n Goblins/Ghouls ‘n Ghosts series or a loving homage to a bygone era of video games, Maximo: Ghosts to Glory is undoubtedly a game with both feet set in the past. A tough as nails 3D platformer that is as fun as it is punishing, it’s the closest a game has come to recapturing the difficulty of old-school NES games. That is, of course, until Dark Souls came out and tore everyone a new asshole. But before that happened, there was Maximo. 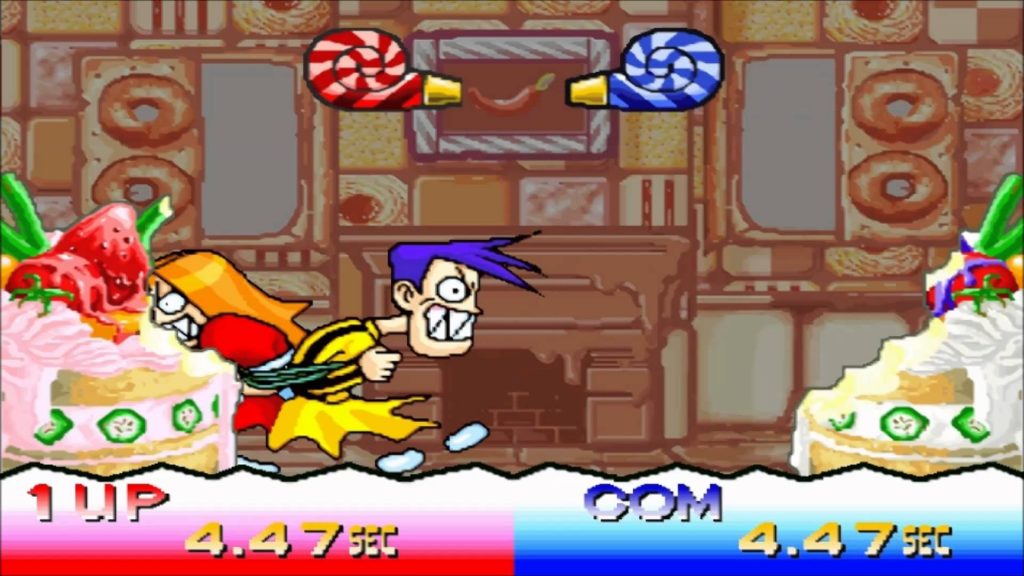 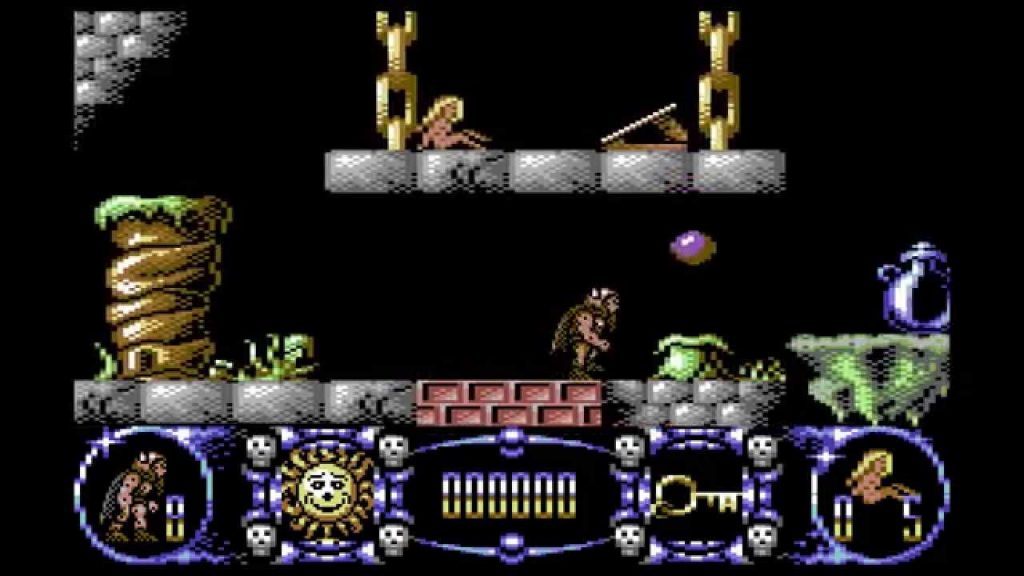 If it wasn’t for the controversy surrounding it at the time of release (if you squint hard enough, you can sometimes see terribly pixelated fairy nipples–barely) Stormlord would’ve easily been consigned to 32 bit oblivion. Which is a shame, considering it has a lot more going for it than pixie tits. A side scrolling adventure game that allows you to backtrack in order to solve earlier puzzles (a novelty at the time), Stormlord, if you can believe it, is the much more difficult version of Super Ghouls ‘n Ghosts. Trying to conquer it is damn near an endurance test, but the reward is worth the frustration: hard to see fairy nipples. Cheap thrills are still thrills, damn it! 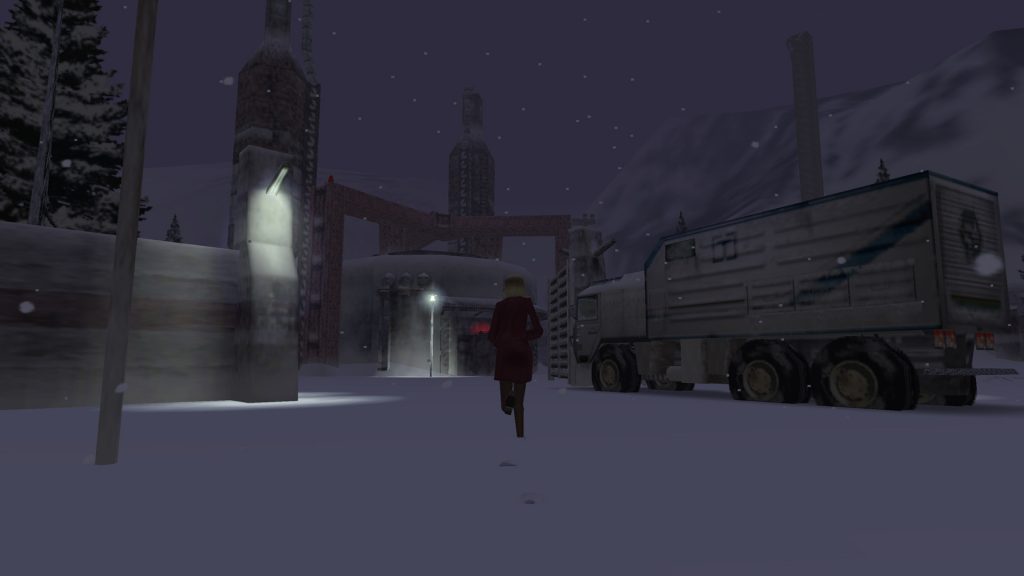 Unlike the first game, which was a haunted house-esque interactive movie that you had to complete within two hours, the sequel is a far more conventional horror game–comparatively speaking. Because although it functions like a typical late 90’s/early 00’s horror game, it’s still crazier than a shit house rat. The easiest way to describe D2 is to combine the gun play of Parasite Eve with the atmosphere and creatures of Resident Evil Code: Veronica but minus the action. This game is slow. Extremely slow. Walking simulators have more action. But if you have the patience, the game delivers some genuinely creepy moments and some truly bizarre shit. 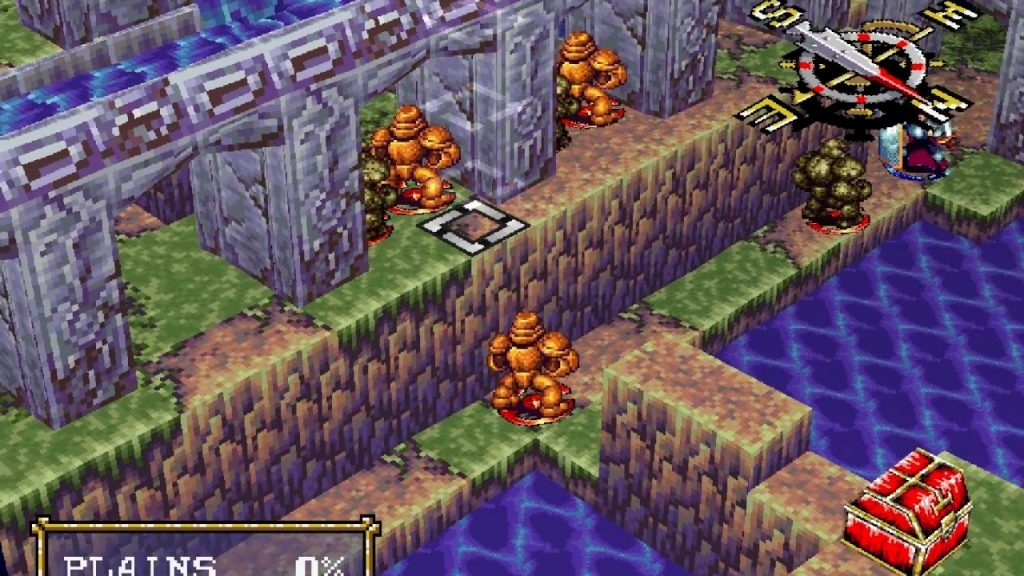 There’s no two ways about it, Vandal Hearts is the inferior version of the games it took inspiration from—most notably Tactics Ogre and Final Fantasy Tactics. Having said that, it’s still the best alternative you’re going to find. Which may sound like faint praise considering the vast majority of tactical RPGs are terrible but Vandal Hearts does more than just win by default. Including full motion video cutscenes, pretty-smart-for-the-time enemy AI, engaging combat, and great music, Vandal Hearts is the video game equivalent of having to settle for your third favorite piece candy. At the end of the day, you still get a treat. 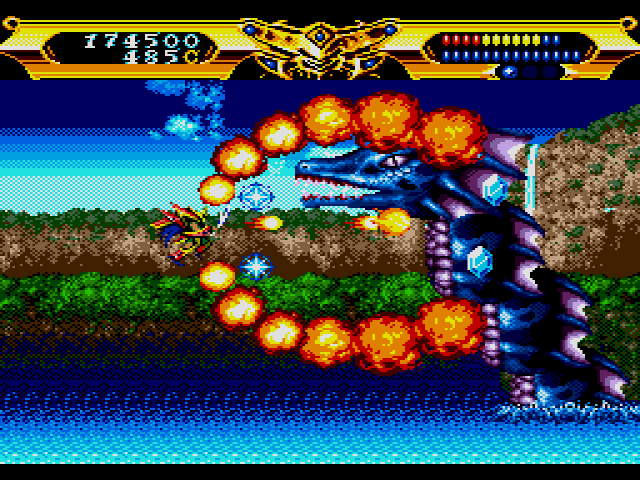 When it comes to shmups, it’s either space ships blasting aliens in a sci-fi setting or fighter planes shooting down enemies in WW2. That’s pretty much it. What separates Lords of Thunder from the rest of the pack is the fact that it eschews the typical cliched settings for medieval fantasy and does away with the boring ass ships for a heavy metal-esque knight who uses magic to annihilate a wide array of mythological beasts. It may only be a cosmetic change considering the gameplay is nearly identical to every other shoot em up but sometimes a slight change (albeit it an awesome one) can make all the difference in the world. 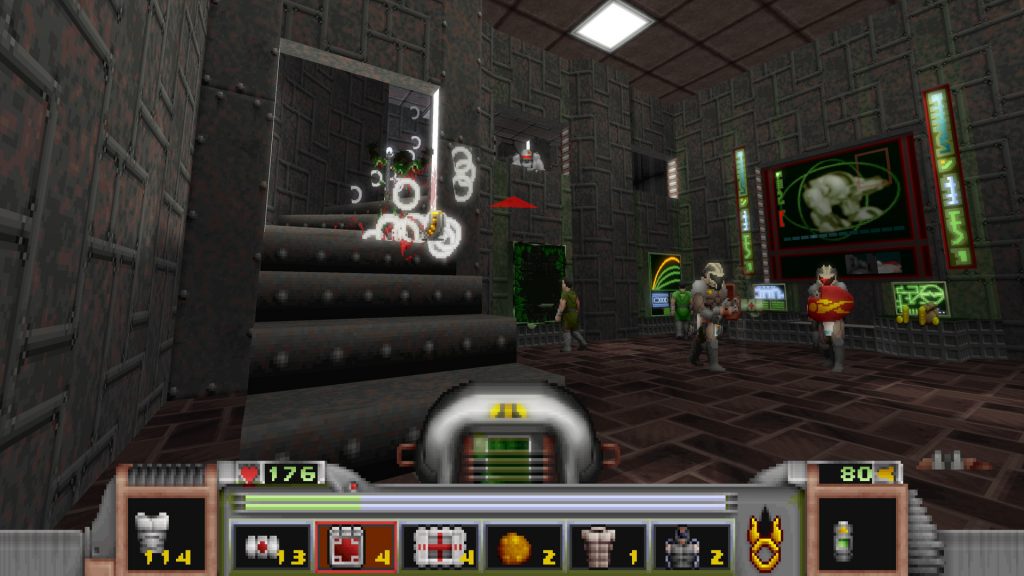 In a time when everyone was trying to one up Doom, Strife took a different approach. Instead of focusing on relentless uber violence or fast paced multiplayer, Strife took the core mechanics of Doom and slapped some role playing elements on to them to create a wholly original experience. Although the graphics and engine were outdated at the time of release, the story was lauded by critics, and many believe it inspired the twist in System Shock 2 and paved the way for the highly influential Deus Ex. 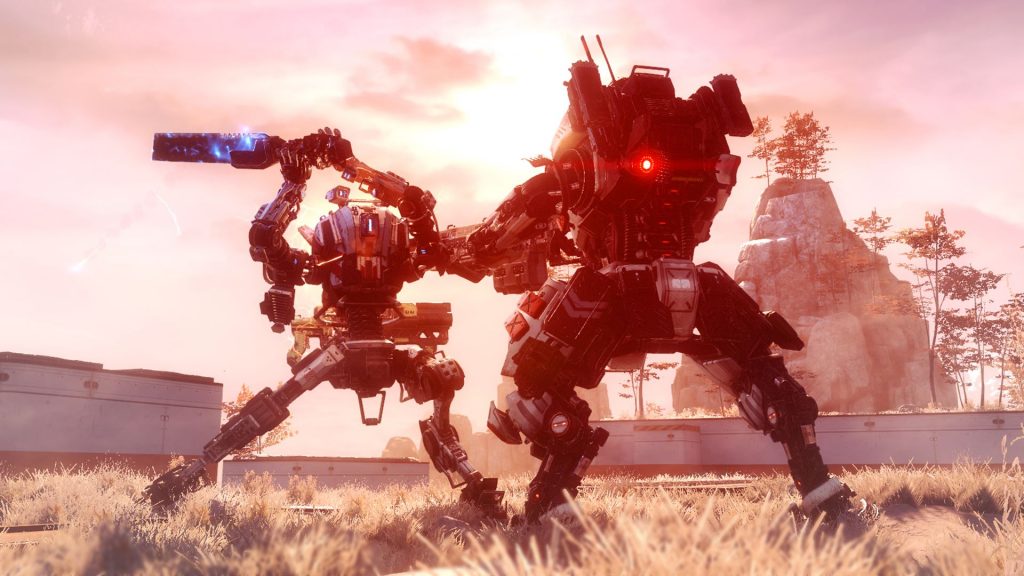 The story of the Titanfall series reminds me of the film Snakes on a Plane. When SOAP was first announced, it had a different title and was originally supposed to be a bit more serious in tone. And then the memes happened. The internet thought it was hilarious that the short tempered, foul mouthed Sam Jackson would be inconvenienced by snakes on a plane and made joke after joke about it until the producers, misconstruing the attention for actual interest, decided to shape the film to accommodate the fans. Which proved, well, you know. Cut to 2014 and the release of Titanfall. A game that garnered solid reviews from both critics and gamers but for whatever reason, didn’t sell well. So the devs decided to listen to the fans. They reworked their engine, improved the multiplayer, tightened up the game-play, and crafted one of the best FPS campaigns in years—and the game tanked. They did everything right, but they made one crucial mistake: they listened to the fans. The fact that this game failed but Fortnite has made over 2 billion dollars, is proof positive that fans don’t know shit. 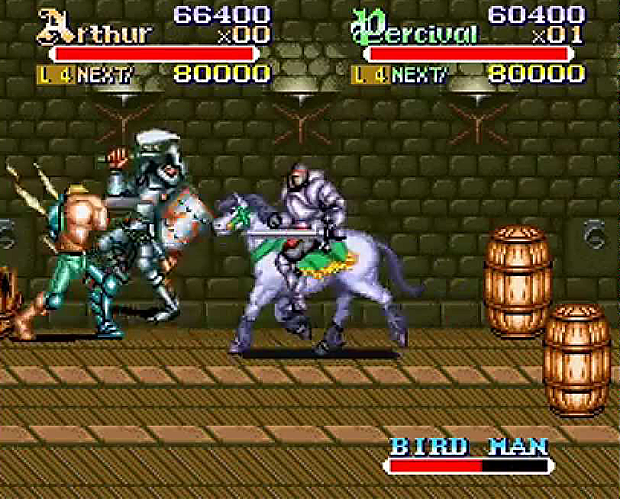 It has been proven time and time again that availability is as important as quality. If gamers only have a limited pool of games to choose from, the best game of the bunch will become their favorite, thus creating nostalgia for that title, regardless of whether it’s any good or not. That’s certainly the case with Golden Axe. A game fondly remembered by many, even though it’s markedly inferior to most hack ‘n slash games, one of which is the undeservedly forgotten Knights of the Round. A beat ’em up loosely based on the legend of King Arthur, the game features an RPG like leveling system with fighters automatically being upgraded to new weapons and armor as they progress through the game. With sharper graphics, tight gameplay, and the aforementioned leveling system, this is the game you should’ve been feeding your Golden Axe or Simpsons quarters to.

What do you think of the selection so far? What are some of your favorite obscure games? Maybe they will show up in further in the list!