This list is a collab between Sailor Monsoon and Vincent Kane, with Sailor handling the overrated and Kane tackling the underrated. 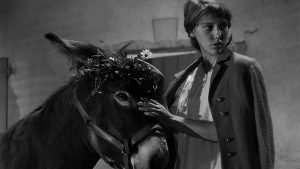 The easiest way to pitch this film is, “A retelling of the story of Jesus but this time…Jesus is a donkey!” While that certainly sounds like a fucked-up Rob Schneider comedy, it actually works dramatically. That is when the film is about the donkey. Which is only about 1/3rd the time. The other 75% of the film (don’t question the math) is about a girl named Marie (Anne Wiazemsky) suffering through some really terrible times. A little girl going through bullshit and donkey Jesus getting treated like garbage quickly turns this prestigious film into misery porn. Whenever a piece of pop culture satirizes a foreign film, this is the film they’re poking fun at. It’s slow, it’s pretentious and it’s only beloved because donkey Jesus is cute. 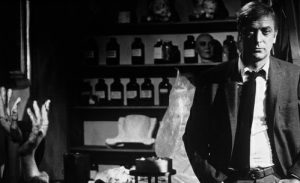 Gambit is a heist film starring Michael Caine and Shirley McLaine that features a lot of twists and turns it is difficult to talk about the movie too much without giving anything away. The gist is a thief (Caine) and his partner want to hire an exotic showgirl (McLaine) to help with their heist. McLaine and Caine play brilliantly off each other in this humorous and stylish thriller that was nominated for several Academy Awards but isn’t well-remembered today. 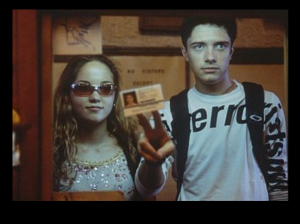 One hundred dollars to anyone who can name a single thing that happens in this film without reading its Wikipedia page or watching the trailer. Crash gets regularly shit on for its overly simplistic views on race, with most detractors boiling the film down to “racism is bad, mmmkay?” but you can easily apply that same criticism to Traffic. Drugs are bad and when you take them, you’re bad. Or some such nonsense. That’s the film in a nutshell. Outside of some tits, there’s not a single character or story beat or artistic flourish anyone remembers. The only thing this film has going for it, is the fact that this, not 21 Grams, Sicario or Fear and Loathing in Las Vegas was the film that Benicio Del Toro finally won an Oscar for. And I can’t even claim it’s undeserved because seriously, this film is so forgettable, I don’t even remember who he is in it. Cartel? FBI? Both? Who knows. This film is the cinematic equivalent of flavorless flan. 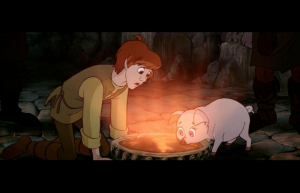 One of the most overlooked Disney films because of its more somber tone compared to their more light-hearted films they were producing around that time. We follow Taran, who is a clumsy pig keeper, as he tries to thwart the evil Horned King as he tries to take over Earth.

The animation itself was spectacular for the decade. There were also great characters, an amazingly loveable sidekick, a great romance, and an action-driven plot. 1985’s Black Cauldron was the first-ever Disney animated movie, and one of the first films period to use CGI. It was also the only Mouse House movie at the time to garner a PG rating. 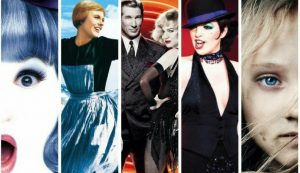 The only thing the Academy loves more than period dramas, is big, flashy musicals. The musical, more than almost any other genre, has garnered the most amount of nominations, which is a bit baffling considering a good portion of them are unwatchable trash. Gigi is a lifeless adaptation of My Fair Lady that’s only remembered for the creepy song “Thank Heaven for Little Girls”. Chicago is an overproduced, undercooked music video that’s less effective than Rooty Toot Toot and that’s only seven minutes long. Moulin Rouge! is a deluge of empty style that, because the actors sing pop songs (badly, I might add), feels akin to being held prisoner at a KIDZ BOP concert whilst high on pixy stix. Les Miserables is a pretentious slog that assaults the viewer every fifteen or so minutes with Russell Crowe’s “singing”. The Umbrellas of Cherbourg is a candy-colored bummer that gets old quickly due to the non-stop singing. The Sound of Music and Fiddler on the Roof are way too goddamn long and The Greatest Showman is Oscar bait garbage. Altogether, that’s over 20 noms awarded to films that weren’t Grease or The Rocky Horror Picture Show, two musicals that have held up more than every winner combined. 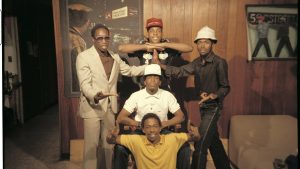 Hip-hop was becoming apart of everyday culture more and more in the early ‘80s and director Charlie Aheam decided to capture that on film in what is widely considered to be the first true hip-hop movie, The film follows a young Bronx tagger named Zorro played by real-life New York graffiti artist “Lee” George Quiñones. He attempts to express himself in the burgeoning commercialism of the world of graffiti.

Although the story is fictional, the film features prominent figures of the early days of NYC hip-hop culture including Fab Five Freddy, Lady Pink, the Rock Steady Crew, The Cold Crush Brothers, Queen Lisa Lee of Zulu Nation, and Grandmaster Flash. This low-budget and raw film would go on to have a massive influence on the future of hip-hop culture. 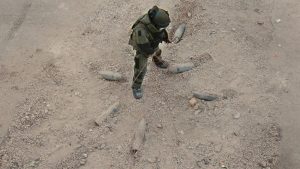 Outside of the performances, the only reason this film even remotely works is because of Bob Murawski. Kathryn Bigelow, much like Terrence Malick, would shoot hours and hours a day, with no real goal. The Hurt Locker was originally an ensemble piece, with multiple storylines weaving in and out of each other until Murawski wisely decided to cut off all of the fat and narrow the film’s focal point to Renner. He saved what would’ve been an unfocused mess but that’s not why it’s overrated. The film isn’t overrated because of a ridiculous “what if” but because, no matter how gifted he is as an editor, he’s still limited by the material. He can only work with what he’s given and Bigelow gave him some dumbass shit.

Why is there a revenge subplot wedged into the middle for no fucking reason? Up until that point, the film does a fairly good job of depicting realistic war conditions but then, out of nowhere, it turns into Rambo for a good 15 minutes. It’s jarring, unnecessary and ultimately pointless because the dead kid he was trying to avenge, wasn’t even the same kid he knew. It’s almost as dumb as the inclusion of the jetpack in Kick-Ass and that’s saying a lot. 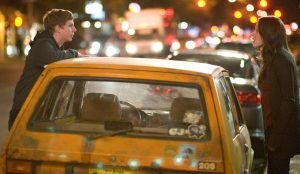 I…Okay, I just love this movie so damn much. It’s an adorably quirky rom-com that is witty and warms the heart. Kat Dennings and Michael Cera have solid chemistry that is surrounded by a fun cast of characters and an incredible soundtrack. Which let’s face it, you better deliver on when the premise revolves around a playlist.

This is a film that takes you back to those teenage nights when all that mattered was adventure and getting to know your latest crush. From a mostly gay band with no drummer to a wild search for a drunken friend and underground band to Norah’s bold and insecure self to some really great and unexpected cameos, it’s hard not to fall in love with this movie. 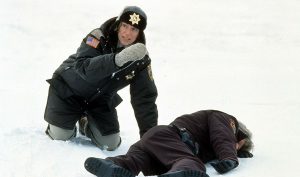 Every five years or so, I watch Fargo in the hope that this time will be the time I “get it” and every time I walk away dejected. I truly want to see the film every critic declares “one of the best of the 90s” but I just don’t. It’s not that I think it’s a bad film, far from it but I just can’t wrap my head around why it’s so goddamn popular. It’s not the best Coen Bros film nor is it their best film of the 90s (Miller’s Crossing blows it out of the fucking water) and I don’t think it’s even the best crime thriller released that decade. It’s a great movie with next level performances and lush cinematography but I’m not focusing on any of that while I watch it. The only thing that’s on my mind while it’s on, is the fact that there are so many other crime thrillers that got unfairly overlooked or forgotten in its wake. It’s a great movie but best of the 90s? Nah.

Usually, when William Friedkin’s name comes up, the first movies of his to come to mind for most are The French Connection and The Exorcist. However, his 1977 Sorcerer is a tense, slow burn that is extremely well made and acted.

Considered a remake of the 1953 French film The Wages of Fear by some, this suspenseful thriller follows four tough guys who meet in a remote village in South America and are commissioned to drive a truckload of nitroglycerin down rough jungle roads. With Roy Scheider leading the international cast, the film – which was a box office failure at the time of its release – is unusually gripping. Add a haunting score and frightening imagery and you’ve got a cult film.