This list is a collab between Sailor Monsoon and Vincent Kane with Sailor handling the overrated and Kane tackling the underrated. 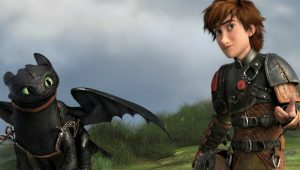 Once you find out that the mother was always supposed to be the main antagonist, you realize the writers changed that at the last minute because comparisons to the Empire Strikes Back would be unavoidable. So instead of scrapping the story and starting over, they decided to just take the character they built the entire film around and just copy and pasted them onto another character. The mother and the bad guy both have the same backstory, the same powers and both somehow have an army of dragons complete with a huge ass alpha dragon. Being a ripoff of Empire is one thing but being too lazy to fix your hack writing is simply insulting. 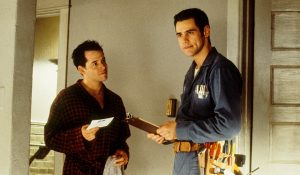 Why this movie doesn’t get the love it deserves is be on me. Was it because it was a far departure from Jim Carrey talking out of his ass and being the lovable goof? Is it because it is too ‘90s for even the ‘90s that it had a tough time connecting with the general audience? You know, the references to Sleepless in Seattle, Soundgarden, Medieval Times and the whole Melendez trail parody (Google it, kiddies)?

Instead of the goofy lighthearted affair, most people were used to getting from Carrey, director Ben Stiller went with a dark comedy and more satirical take on stalker films like The Hand That Rocks the Cradle and Single White Female. They also got an extended sequence of Carrey battling Ferris Bueller in a Star Trek-inspired duel at the gimmick franchise restaurant Medieval Times. They got creepy scenes of spiders running across Carrey’s vacant face, and apocalyptic speeches about the future of the information superhighway (that turned out to be extremely accurate). It’s a movie that succeeds on every level it attempts, from satire to laughs. It’s just not what people were expecting back in 1996. 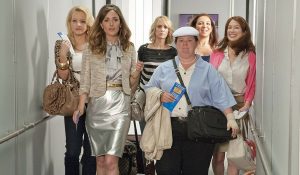 If you ever wanted to know the difference between American comedy and British comedy, all you would need to do is watch both versions of the show The Office. Same exact set up with similar jokes but the execution is wildly different. Americans have no problem playing the fool, while the British lean into uncomfortable cringe-inducing humor. It’s a broad generalization but you get my point. Bridesmaids tries to marry the two with extremely uneven results. There are gross-out gags, improv riffing that goes on forever, uncomfortable scenes that make your eyes recoil from your body, a tonally inconsistent attempt at addressing mental health issues and repugnant characters that only exist for a quick visual joke and to top it all off, it has one of the least likable protagonists in film. If Melissa McCarthy is your films saving grace, your film is broken. 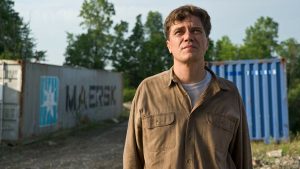 This one seems more like a case of people just not knowing it even exists. I completely missed it back in 2011 and it appears I wasn’t alone. Michael Shannon plays Curtis, a family man plagued by apocalyptic visions. Believing this a premonition, he begins working on a bomb shelter to protect his family. His wife thinks he’s gone off the deep end. But has he? This guessing game will leave you riveted, but don’t expect easy answers. This should have been an Oscar contender on all fronts with Michael Shannon’s stellar performance and director Jeff Nichols’s ability to create a provocative drama that included incredible dream sequences. 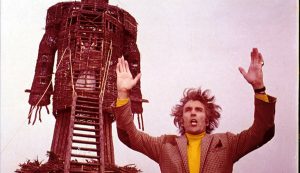 A bona fide classic that set the precedent for every slow burn and folk/cult horror to follow but outside of its phenomenal ending, I can’t for the life of me see why it has garnered such a reputation. It’s 90 minutes (not a single second of which are scary, unless you count the terrible musical sequences that go on forever) of an unhip square berating the inhabitants of a small Scottish island for being godless heathens who don’t have fresh fruit and who like to fuck. He’s so blinded by morality and self-righteousness, that he becomes unlikable. This puts the viewer in a difficult position: either root for a fascist super cop to take down the hippies who aren’t doing anything wrong or sympathize with hot naked hippies who are just living their best pagan life.

Which is hard considering hippies are the worst and they are all part of a murderous cult but Sgt. Howie doesn’t know that for a good chunk of the running time. All he knows at the start is that they don’t worship the same God he does, which is all he needs to be a complete dick to everyone. Which, admittedly, is the point but his infamous end is robbed a lot of its impact due to him being so unpleasant. I think it’s about time we put The Wicker Man in the titular wicker man, set it ablaze and declare Kill List the new Lord of Summerisle. 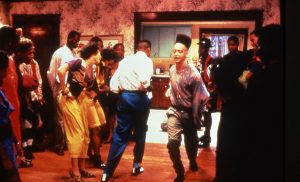 Generally, when most people think of teenage party movies, films like Superbad, American Pie or a John Hughes type movie comes to mind. One that is constantly overlooked and that was very influential on me at a young age was 1990’s House Party. To this day, I still do the “Kid n Play” when I get a chance and if you are able to join in with me then we will become the bestest of friends.

This rated R comedy is a lighthearted and infectious film that was a breath of fresh air by showcasing black teens outside of the stereotypical roles that were the norm of that time. Just a Kid trying to survive some bullies, show off his dope rhymes and make it to his best friend’s party while avoiding cops and more importantly, his father who is going to beat his ass. Director Reginald Hudlin made and and energetic film with a star-studded cast of familiar faces with the likes of Martin Lawrence, Tisha Campbell, Kelly Jo Minter, John Witherspoon, a cameo by funk musician George Clinton and sadly on of Robin Harris’ last roles as he died of a heart attack nine days after House Party was released. 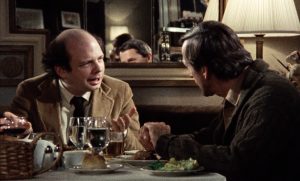 Wallace Shawn (the guy in Princess Bride that says “inconceivable”) and Andre Gregory (the other guy in this movie) have dinner and talk. And talk. And talk some more. They talk about the plays they’ve done. The plays they didn’t do. The pros and cons of selling out. They pontificate over the meaning of life and discuss the possibility of an afterlife. They talk about a lot of things and every word that comes out of their mouths makes me want to stab them to death and then hang myself. Comedians Steve Coogan and Rob Brydon have a series of travelogues called the Trip, in which they go to different countries and do impressions. Now, take those films, remove the comedy and the entertaining stories about show business and leave in all the bad bits and then add even more bad bits and that’s My Dinner With Andre. 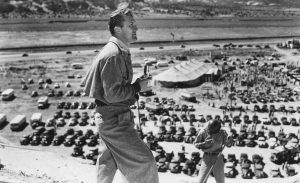 Following his masterpieces such as Double Indemnity, The Lost Weekend, and Sunset Boulevard, Billy Wilder’s lesser-known and widely underappreciated film noir Ace in the Hole retains the drab and somber outlook on humanity of his previous films. For some reason, the critics during the initial release did not look too kindly on this one. However, Mr. Wilder’s film would find some love from contemporary critics for his ability to weave a brilliantly stark drama of murderous ambition and selfish ingenuity. With a tour de force performance by Kirk Douglas, Wilder’s 10th film reveals a fascinatingly powerful social commentary on the sensationalism of the press and its morbid infatuation with tragedy. 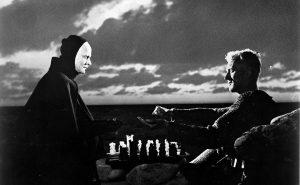 Remember when I complained about My Dinner With Andre being nothing but two hours of yakety yak bullshit? The exact opposite is the problem with The Seventh Seal. The film sells itself as a chess game between a disillusioned knight (Max von Sydow) and death (Bengt Ekerot) for the fate of every soul lost during the crusades but the film intentionally gives you the blue balls. Every time they start to play, something interrupts them. They don’t just get interrupted, their narrative completely stops to follow the people who interrupted them and their stories are far less interesting than a game of chess. Which speaks volumes. 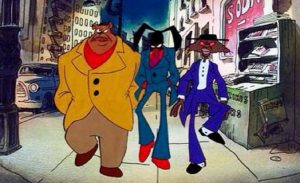 Ralph Baski’s 1975 mix of live-action and animation film, Coonskin, is a controversial and brutal satire that takes on racism and prejudices while not letting anyone off the hook. There are no heroes, no one person or race better than the other. Baski skewers Joel Harris’ “Ba’er Rabbit” stories from the early 1900′s that was used in Disney’s inflammatory 1946 live-action animated feature Song of the South. Baski had a way of showing urban life in an unapologetic way and it is on you to try and understand it. Coonskin would be looked down upon if it was made today. It was from a different time, but there is a message there that we still haven’t learned.