Tony D’Aquino‘s The Furies trailer has dropped ahead of the Australian release and Frightfest screening, and I have to say it looks like a gory good time!

Dead By Daylight anyone? The killers look pretty wicked and there seems to be plenty of blood and gore to go around in this slasher throwback with D’Aquino’s goal to seemingly capture the look and feel of the uncompromising horror films of the 70’s and 80’s. In creating the eight different killers the women do bloody battle with, the team drew inspiration from classic ‘70s and ‘80s slasher films, including Halloween, The Texas Chainsaw Massacre, Friday the 13th, The Burning, and A Nightmare on Elm Street.

Kayla and her best friend are abducted and dumped in the middle of nowhere. Together with six other women, they are unwilling participants in a deadly game. A game that can only have one winner. What will they do to survive?

Over one hundred liters of blood were used by the crew during the shoot, with D’Aquino favoring practical effects over CGI. He wanted the violence to be “messy and visceral.” 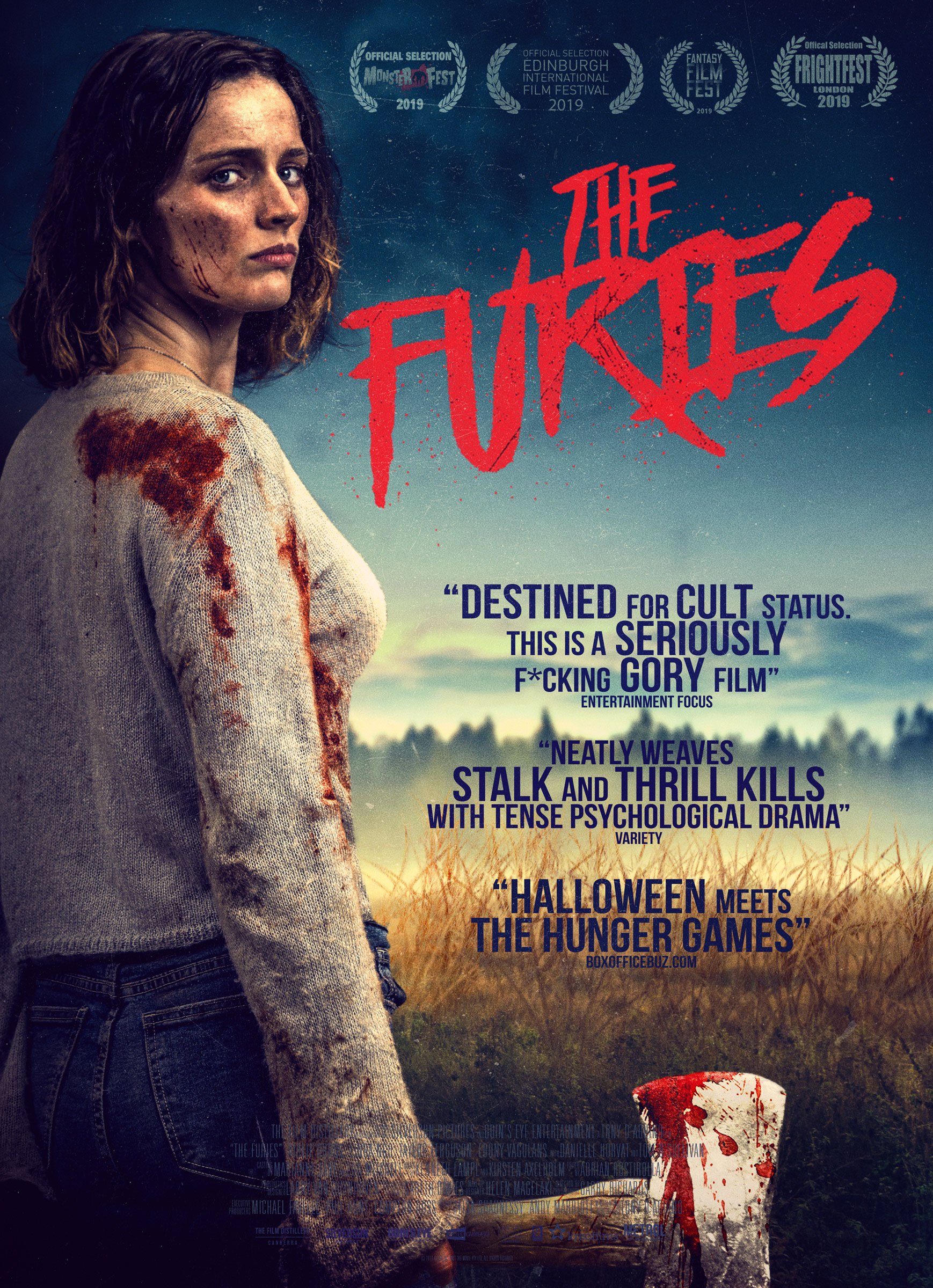 The Furies will release in Australia on November 7th. Let’s hope this gets to America quickly!