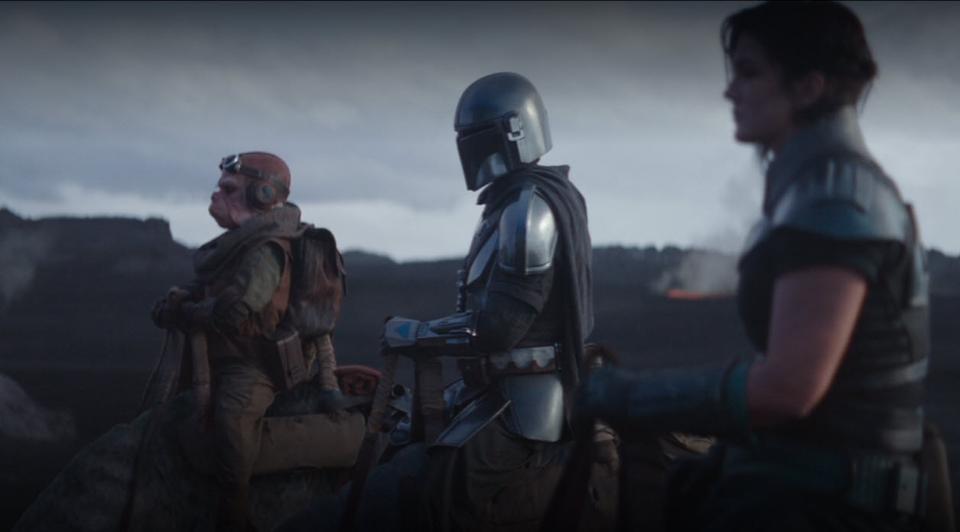 Don’t you hate spoilers? Possibly the only thing worse than spoilers is not being able to freely talk about a film you just saw. Well, fear not. Here at ScreenAge Wasteland, you can Spoil Away! with The Mandalorian: Chapter 7.

The seventh episode of The Mandalorian launched early – probably thanks to the upcoming premier of JJ Abrams’ The Rise of Skywalker. That’s at least one thing we can appreciate about the final film in this mess of a trilogy. But I digress.

I really liked this episode. We got some character reunions, some new bad guys, a bit of action, some  character redemption, and – most important of all – this week we found out that heroism in the galaxy far, far away comes at a cost. The Mandalorian needed some stakes and we got them in “The Reckoning”.

Deborah Chow has now directed two of my favorite episodes of this season. That’s great for this show, but it’s also good news for the Obi-Wan series since she is set to helm it.

But what are your thoughts? Tell us What you thought in the comments below and be forewarned: from here on in should be considered SPOILER territory!