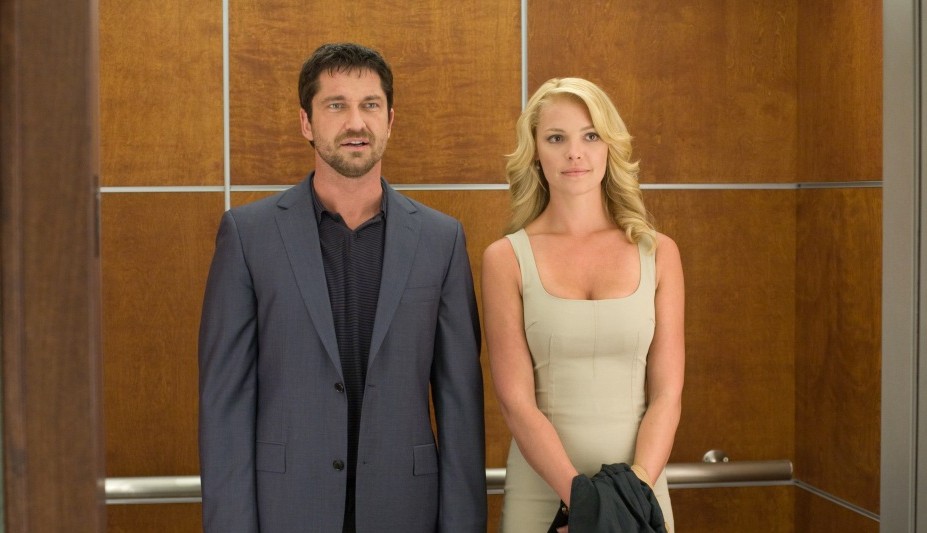 The Ugly Truth is one of those movies that I’m surprised I didn’t see when it was released. But then, at that point, I had been avoiding a lot of movies starring Katherine Heigl. That being said, I really did enjoy 27 Dresses, so that sort of pushed me to check out The Ugly Truth.

Heigl plays Abby Richter, a neurotic, uptight television producer who is often told she’s too controlling, This is emphasized by her inability to go on a date without a background check of the said date on hand. She may be unlucky in love, but one thing she is good at is her job. Unfortunately, the morning show she produces is struggling and in an effort to boost the ratings, her boss hires Mike Chadway (Gerard Butler), a misogynist who hosts a show called The Ugly Truth, where he touts abhorrent advice to women, assuring them that men only want them for their looks. Abby is initially appalled at Mike’s hiring and his behavior, but her tune changes soon after Mike helps her catch the attention of her hot (and bland) neighbor Colin (Eric Winter). As the ratings soar thanks to Mike’s unconventional and brass approach to relationships, he continues to help Abby in her relationship with Colin, and obviously, feelings start to sneak in there somewhere.

The issue I had with the movie was that Mike never really became a redeeming character. Of course, his obvious disdain towards women stemmed from all of the women in his past who let him down or broke his heart. Are we supposed to feel bad for him when this is revealed? I didn’t. To me, that’s not a good enough excuse for how he speaks to and about women. And Abby is painted as a woman who can’t get a man by being hardworking and knowing what she wants and how she wants it. She needs to “let loose”, wear tight clothes, be more adventurous, say “cock” a lot. Man gets his heartbroken, so his chauvinism is justified. Woman loves her job and wears comfortable clothes so she’s uptight and sexually repressed. Blah, blah, blah. Yes, Mike saw the “real” Abby, so we’re supposed to believe that he loves her for who she is. But I just didn’t see enough character development from either of them for me to believe that a few arguments and a sexy dance equate to falling in love.

The upside to the movie is that John Michael Higgins and Cheryl Hines had a few amusing lines as married co-anchors on Abby’s morning show. The other supporting characters were pretty non-existent in the personality and purpose department. I admit I did laugh out loud a couple of times, but beyond that, I just didn’t buy the romance, nor did I really enjoy the two leads. Heigl and Butler had some okay chemistry but it just wasn’t enough to save the rest of the movie.