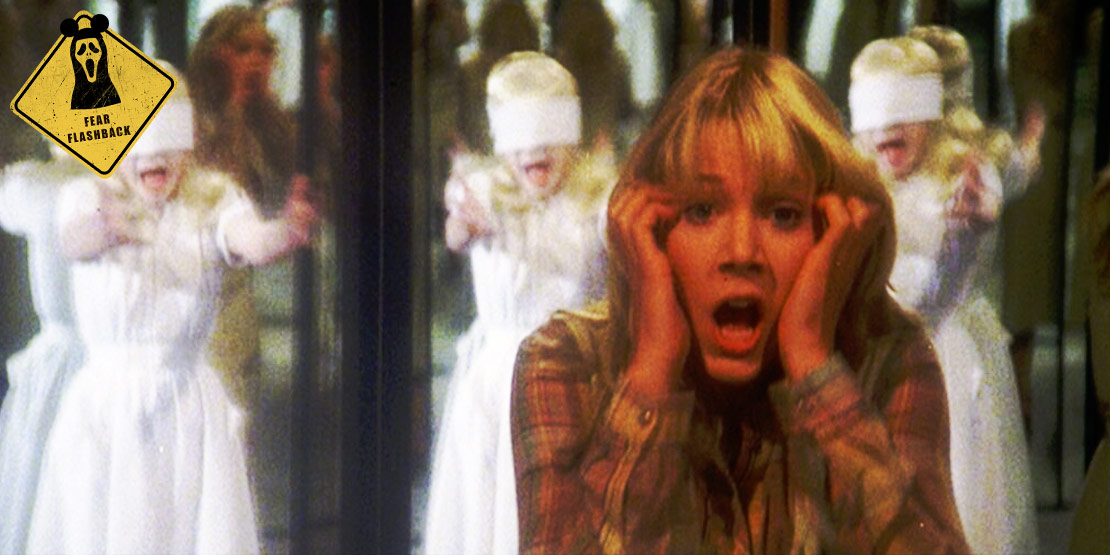 Disney rather famously passed on George Lucas’ crazy space opera movie and spent a good chunk of the late 70’s- early 80’s watching that franchise and the modern film-making zeitgeist it represented pass them by. Not that they sat idle – under the helm of Ron Miller they attempted to tap into the wave of darker, more fantastic fare with films like The Black Hole, The Watcher in the Woods and The Black Cauldron, hoping to find a way appeal to the increasingly lucrative teen moviegoer market.

None of this really worked, though – and with the ouster of Ron Miller in 1984 and the re-investment in their animation department (resulting in the runaway success of The Little Mermaid) Disney reclaimed their space in the cultural landscape and moviegoers budgets. (And they did end up with Star Wars in the end.)

This era – sometimes called the “Dark Age of Disney” – is a weird little anomaly, a  shadow in the otherwise bright firmament of the family friendly House of Mouse. Last week we took a look at one of the first films in this age – and one of my favorite childhood science fiction films – The Black Hole. This week we’ll be watching the film one producer hoped would be “our Exorcist.”  The Watcher in the Woods.

I’ve seen Watcher a few times, mostly as kid when it would play occasionally on cable or possibly on Sundays during The Wonderful World of Disney. I remember liking the mood, more than anything – the mist-filled woods and creepy, rambling British manor houses. I couldn’t recall many details at all – I remember vaguely thinking it was about Bette Davis as a witch or something – and it didn’t stick in my mind like The Black Hole or even another dark Disney fantasy from the same era, Something Wicked This Way Comes. 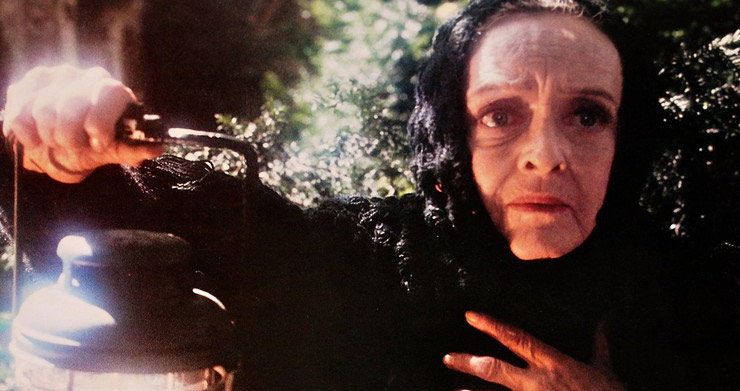 Looking at it today I’m surprised by its horror pedigree. The director, John Hough, is also responsible for one of the great haunted house films, The Legend of Hell House. Screenwriter Brian Clemens wrote a bunch of Hammer films and even directed Captain Kronos, Vampire Hunter (he also wrote Highlander II: The Quickening, a horrifying thing by itself). For the cast we have Carrol Baker – who plays the mom, Helen – who was in a bunch of Italian gialli like So Sweet… So Perverse and The Devil Has Seven Faces as well as Kyle Egan Richards, probably most memorable to horror viewers as Lindsey from the original Halloween. There are even scenes shot at the building that served as Hell House itself!

So with this collection of horror alums working on it, The Watcher in the Woods has got to be something special, right? Something truly horrific and spooky, even with the Disney name attached?

The Medium
The 2002 Anchor Bay DVD release is the best way to view The Watcher in the Woods, as it includes a handful of extras, including alternate endings and a commentary from director John Hough – unfortunately, it’s out of print and for many the only other option is Disney’s own 2004 release, which doesn’t contain the commentary.

The Watcher in the Woods is not available for streaming on any service at the moment, not even Disney+.

The Movie
The Watcher in the Woods begins in almost stereotypical haunted house fashion. A family (Americans in England) rent a rambling old house with a sad history. Something unexplained and unrevealed moves in the woods as they arrive, with Hough making good use of the classic slasher “POV” shot to prowl around the grounds. A spooky old lady – Mrs. Aylwood (Bette Davis), all stilted dialogue and bulging eyeballs – hovers nearby, attracted to the oldest daughter who resembles her lost daughter. Faces appear in mirrors and lights appear in the woods and dark secrets wait to be revealed. 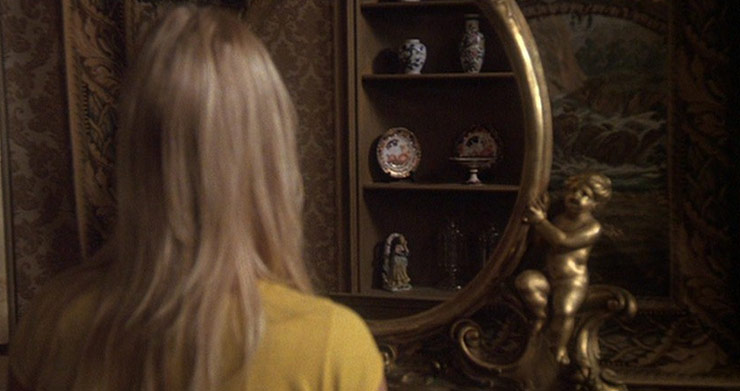 So far so good, right? I mean, we’re not expecting something gory or even explicitly violent. We don’t even see any blood when the eldest daughter Jan (Lynn-Holly Johnson) cuts her finger on a broken window. It’s more like classic ghost story than anything else. At least at first. So mood, suggestion and mystery is really the most we can expect.

Except… there’s something off. The mood is punctuated almost instantly by the earnestness of the kids. They’re typical precocious and overly earnest Disney creations, good kids whose biggest failings are always trying to get the adults to believe them. Johnson in particular can’t seem to hit a dark note to save her life. Kyle Richards as the younger daughter, Ellie, at least gets to make spook pronouncements on occasion. Bette Davis is a commanding presence, but her dialogue all seems to come out in sharp bites. As if. She was. Reading. From cards.

Not to say the movie doesn’t serve up some dark moments. A scene in which Jan falls into a pond (having heard voices and seen flashing lights) only to be pushed deeper into the water by an intense Mrs. Aylwood wielding a branch is pretty effective – Davis really does appear intent on killing the poor girl. Of course she’s just trying to free Jan from underwater branches, but I did find myself wondering what the movie would be like if it suddenly became about this crazy old lady killing families in the British countryside.

The central mystery – whatever happened to baby Karen (okay, she’s a teenager) – isn’t bad. It’s doesn’t feel original – a childhood game, a tragic accident, a missing body – but it’s well handled and the now-adults that were involved are appropriately broken by the circumstances. Jan begins to feel that Karen is reaching out to her from beyond (either the grave or… someplace else) through her sister (my sister-in-law chanted “red-rum, RED-RUM!” as Ellie began to write something backwards on a mirror) AND that there’s something else, something in the woods, watching. 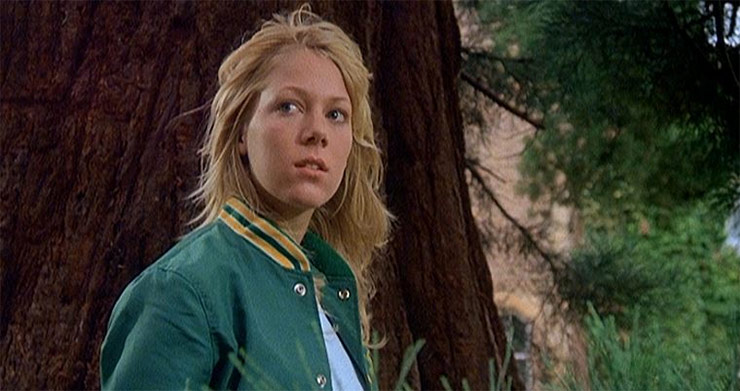 I have to be honest – my mind drifted through some of this movie. It just doesn’t maintain a feeling of suspense, danger or even a decent pace. At one point I realized that Ellie had somehow foreseen the future and save Jan from an exploding motorbike at a race. I almost didn’t rewind to watch what I’d missed. (Not much, it turns out.)

Things pick up in the last third of the film, though, as Jan and Ellie try (and fail) to convince their mom that something strange is happening, Jan manages to piece out a story of a childhood initiation ceremony gone wrong and a strange disappearance during the last solar eclipse, and then she manages to convince all the original participants to recreate the moment. There’s another solar eclipse coming, you see. And Jan is beginning to think that Karen isn’t actually dead.

The movie goes pretty spectacularly off the rails at the end. It’s not a ghost story, you see, it’s a sci-fi story. The ending we get is pretty bad – mostly a sub-par light show and ponderous exposition delivered via dubbed tween – but the real crazy is in the endings we DIDN’T see (though both are freely available online). If you thought things were going to end with space travel, monstrous bat-things and psychedelic green-screen alien planets then you were cheating and had read about them before. 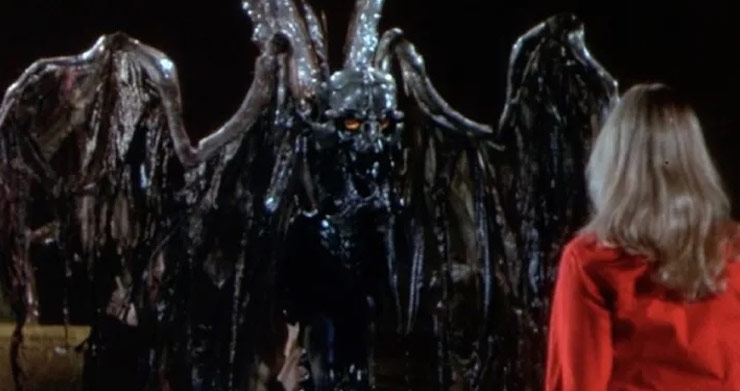 The film falls down hard on your emotional attachment to the characters. I really wanted to invest in them – and particularly in Davis’ Mrs. Aylwood and her grief over her daughtr – but it just doesn’t come through. I most liked Richard Pasco as poor Tom Colley, a mentally broken man whose childhood trauma manifests as a dedication to trying to save wounded animals.

It also doesn’t serve up the scares. I’m not expecting much from a ghost story, especially one from 1980’s Disney, but I’m expecting more than sanitized Hammer settings and a fog machine. I did like a few moments here and there – particularly a scene with Ellie running through the woods while a presence follows her, manifested as a swirl of leaves in the wind. She stops, her expression changes completely to one more strangely adult. And as she then continues the wind and leaves now proceed her. It’s a subtle and chilling effect, and I wish there had been more like it.

The Bottom Line
The Watcher in the Woods is a strange film, and not just because of its place in the Dark Age of Disney. It’s the odd combination of British ghost story with a touch of science fiction, M. R. James via Escape to Witch Mountain. Your enjoyment of the film is probably going to be influenced mostly by nostalgia – if you watched it as a kid its charms will be greater than if you come to it as an adult. That being said there are some moments – and those endings are worth checking out, not just for the WTF aspect, but for sadly missing emotional moments that the final film could sorely have used.