Get your votes in for the Elite Eight round of the Horror Movie Madness!

We ranked The 50 Greatest Horror Films of the 1990s this!

Dhalgren shares another short story. Start with Part One!

“A group of young friends from the Bronx fight to save their neighborhood from gentrification…and vampires.”

“The overnight stock crew of a local supermarket find themselves being stalked and slashed by a mysterious maniac.”

Day #9: A fun and campy slasher flick with some fantastic practical effects kills. The characters are annoying as hell but it makes fun use of its single setting story in a grocery store. Love the unexpected ending. (3/5)

“A Shakespearean actor takes poetic revenge on the critics who denied him recognition.”

Day 10: Vincent Price chews up every second he is in front of the camera here and I’m all for the absurdity of him killing critic after critic while performing Shakespeare. It’s a fun and nasty watch. (4/5)

“During a power outage, two strangers tell scary stories. The more Fred and Fanny commit to their tales, the more the stories come to life in their Catskills cabin. The horrors of reality manifest when Fred confronts his ultimate fear.”

Day 11: Solid effort by two fun actors going all-in with some genuine tension-filled moments but there wasn’t enough substance for the hour and forty-four minute run time. Aya Cash is a favorite and Josh Ruben was very versatile. This is just one of those films that would have been better staying at the 60-minute mark. (3/5)

“In the Iranian ghost-town Bad City, a place that reeks of death and loneliness, the townspeople are unaware they are being stalked by a lonesome vampire.”

Day 12: Stylish and well-made film that is gorgeous in parts but ends up falling flat for me. It was slow for slowness sake with it not really meaning anything. Just an okay movie that I won’t remember or recommend to anyone. (3/5)

“In a poor Estonian village, a group of peasants use magic and folk remedies to survive the winter, and a young woman tries to get a young man to love her.”

Day 13: I loved this. It felt like a mashup of The Witch and Sleepy Hollow with the classic style of silent films such as Vampyr and Haxan. The black and white gothic imagery combined with surreal Baltic Folklore makes for a fascinating film that keeps you on your toes trying to figure out what the hell is going on. One of the craziest movies I have ever seen. (4.25/5) 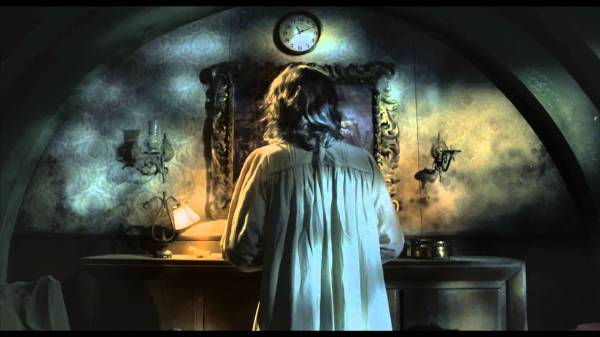 “Dulce is a mother of two who experiences terrifying encounters with apparitions inside her old house, a place where a tragedy occurs. Thirty years later, an elderly Dulce returns home to decipher the mystery that has tormented her for so long.”

Day 14: A Venezuelan haunted house story full of all the typical cliches, however, as the movie goes on, it helps explain why those cliches are needed and great. I hidden gem that needs to be talked about more. Great imagery and story that’s a bit uneven at times. (4/5)