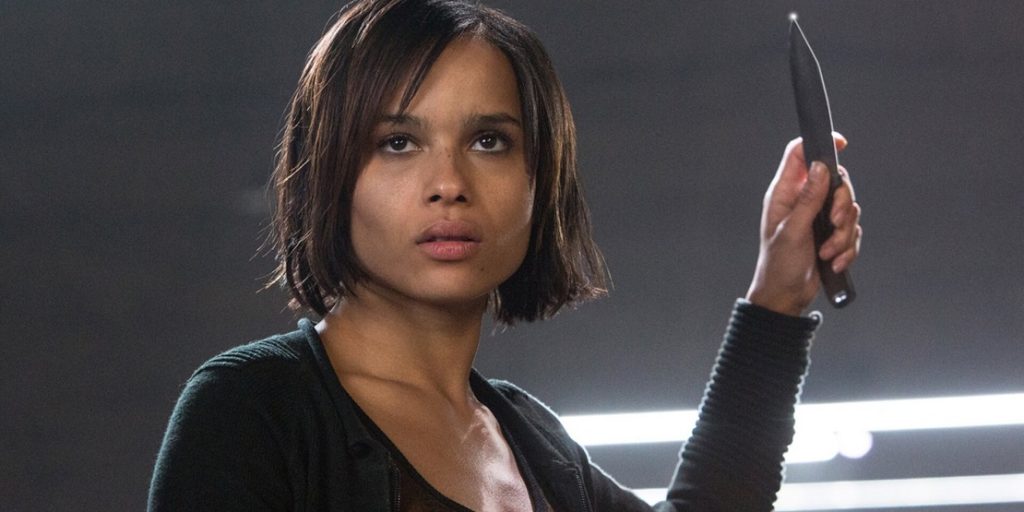 Variety reports that Zoe Kravitz has been tapped to play Selina Kyle/Catwoman in Matt Reeves‘ upcoming superhero film The Batman.

We reported a few weeks ago a rumored shortlist for the role, but apparently it came down to Kravitz, Zazie Beetz, Eiza Gonzalez, and Alicia Vikander. Personally, I would have liked to have seen Gonzalez or Vikander in the role, as I haven’t exactly been wowed with Kravitz’s acting in the past (specifically in Fantastic Beasts, another Warner Bros. blockbuster).

Kravitz has some big shoes (or would that be paws?) to fill. Anne Hathaway (The Dark Knight Rises) and Michelle Pfeiffer (Batman Returns) each created their own iconic version of the feline-suited adversary. The less said about Halle Berry’s version the better.

Kravitz and Pattinson will be joined by Jeffrey Wright as Commissioner Gordon and Jonah Hill as an undisclosed villain. The film is currently in pre-production, and is rumored to be based on The Long Halloween story arc.

What are your thoughts on Kravitz as Selina Kyle? Do you think she’ll make a good Catwoman?