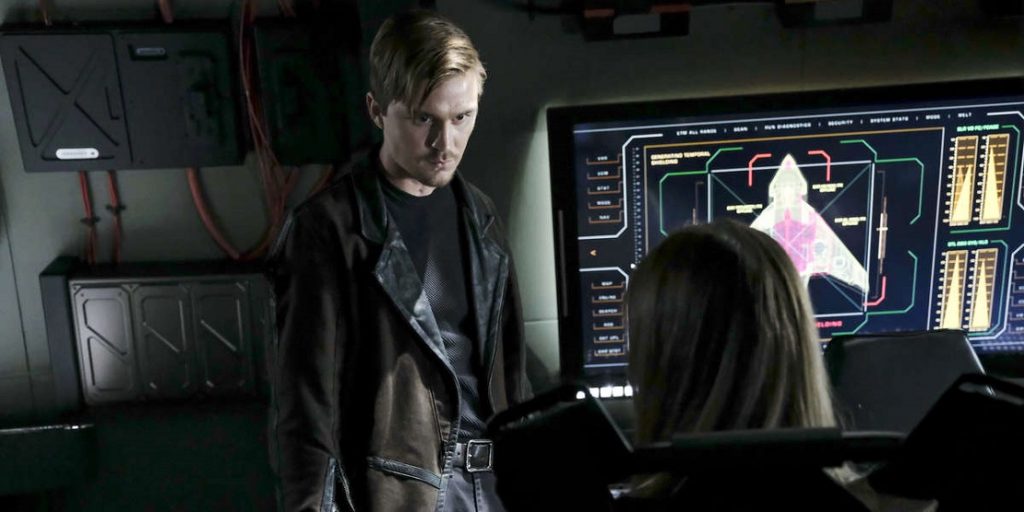 At this point, I honestly expected the show to reveal to us that Fitz had died and that his return was all a ruse to keep us not guessing the death. But nope, Iain De Caestecker appeared via memory flashbacks alongside Elizabeth Henstridge (Jemma Simmons) and Thomas E. Sullivan (Nathaniel Malick). However, death may be on the cards yet as Fitz hinted at him not being around for much longer. The signs involving De Caestecker and Henstridge were great and continued to prove why their characters’ relationship is one of the strongest factors in play on S.H.I.E.L.D. “Who’s Fitz?” was an absolute heartbreaker.

Elsewhere, Mack, Daisy, and Sousa attempted to be less predictable and get one step ahead of Sibyl for a change. That didn’t really work, but we were treated to some intimate moments between the trio as Daisy told Mack about her small crush on Sousa which led to Mack asking Sousa what his intentions were with Daisy (and to get some). The two joking about Daisy’s superhero nickname Quake was also pretty damn enjoyable, and watching Sousa use “Quake” to mockingly flirt with Daisy was sweet. I’ve constantly talked about how much I’ve enjoyed Sousa this season and think that this was possibly the best decision the writers and creatives behind the show could have made. I am all for shipping Sousy (Daisa?).

Overall, if I was to point out one thing about “Brand New Day” that really stuck with me it would be how much I enjoyed watching the episode. From the callbacks to the personal moments, this episode felt like the true beginning of the end for these characters. Daisy may have teared up when she feared this was the team’s final mission together, but she wasn’t alone. S.H.I.E.L.D. hasn’t been this much fun to watch since the fourth season and to see it end now feels like a missed opportunity to continue building on this renewed creative drive. I sort of wish we could have had a full 22 episode season to really explore the different time periods and interact with more familiar faces. Yet, it’s been said that it is more important to go out while on top than to overstay your welcome. And based on this episode, S.H.I.E.L.D. is certainly going out on a high note.

What were some of your favorite moments from these last two episodes of the season? How do you think the writers will wrap up this storyline?

(Also, please no spoilers for the series finale below! Save it for its review post!)