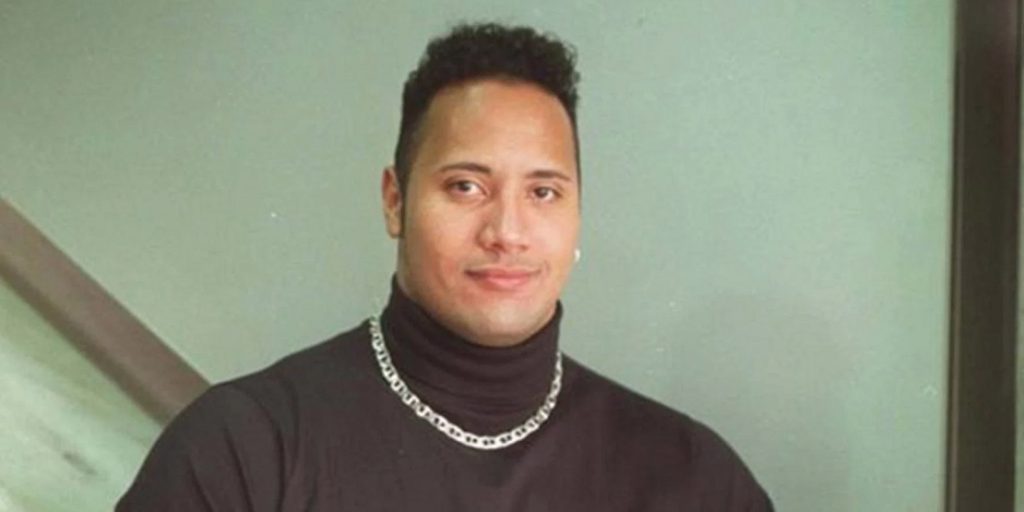 But will we learn what happened to the fanny pack?

NBC revealed during it’s Television Critics Association presentation that it has given a straight-to-series order to Young Rock, a series based on the school years and early wrestling career of Dwayne Johnson. Let’s break down the details.

Johnson will executive produce Young Rock with Nanatchka Khan and Jeff Chiang (creators of Fresh Off the Boat). Johnson recalled the pitch to NBC:

“When myself and Nanatchka and our Seven Bucks team pitched our friends at NBC, all jaws were dropped. All hands were raised. They said, ‘We are in 100%. You’re not allowed to take pitches anywhere else. Take this off the table.’”

Johnson then discussed some of the stories that will be told:

“We’re going to find Young Rock, for example, wreaking havoc in the streets of Hawaii when I was a very young teenager, getting arrested seemingly every single week, doing a lot of things I shouldn’t have been doing. Still a good kid. Then from there of course we were evicted off the island and forced to leave the island and move to of all places Nashville, TN where again I continued to get in trouble. Then we go into my high school years and then onto Young Rock as a University of Miami football star if you will until I got beat out of my position by a guy by the name of Warren Sapp who just happened to go on to become one of the greatest defensive tackles of all time.”

Now it’s probably safe to say that Johnson is a tad too old to be playing Young Rock. But Johnson will still be acting in each episode:

“We have found a really fun just creative way to weave me into the show into every episode in a pretty cool way.”

Johnson took to Instagram afterwards to tease the project some more, referring to his life as a “wild Forrest Gump childhood.”

My wild Forrest Gump-like childhood. As a kid I grew up meeting legends. Kicked puberty’s ass by age 10. My 1st arrest by age 13. Earned full scholarship by age 18. Academic probation by age 18. Won national championship by 19. Failed to get drafted by NFL at 22. Only $7bucks in my pocket at 23. Wrestling in flea markets at 24. Rocked goofy ass fanny pack at 25 🤦🏽‍♂️ Our new @NBC sitcom has been all my life in the making. Literally. @sevenbucksprod @NBC #FierceBabyProductions YOUNG ROCK

Mashing Dwayne Johnson with Forrest Gump into a TV series sounds like an absolute blast. Johnson mentioned how he met everyone from “Andre the Giant to Muhammad Ali to Ronald Reagan,” so there will be a lot of chances to bring in guest stars to play these famous figures.

Johnson is one of Hollywood’s most likeable stars and I’m always down for whatever project he is developing. I will definitely be checking this out when it airs.

Will you be watching Young Rock? Do you have any actors in mind to play a young Dwayne Johnson? Let us know who down in the comments!